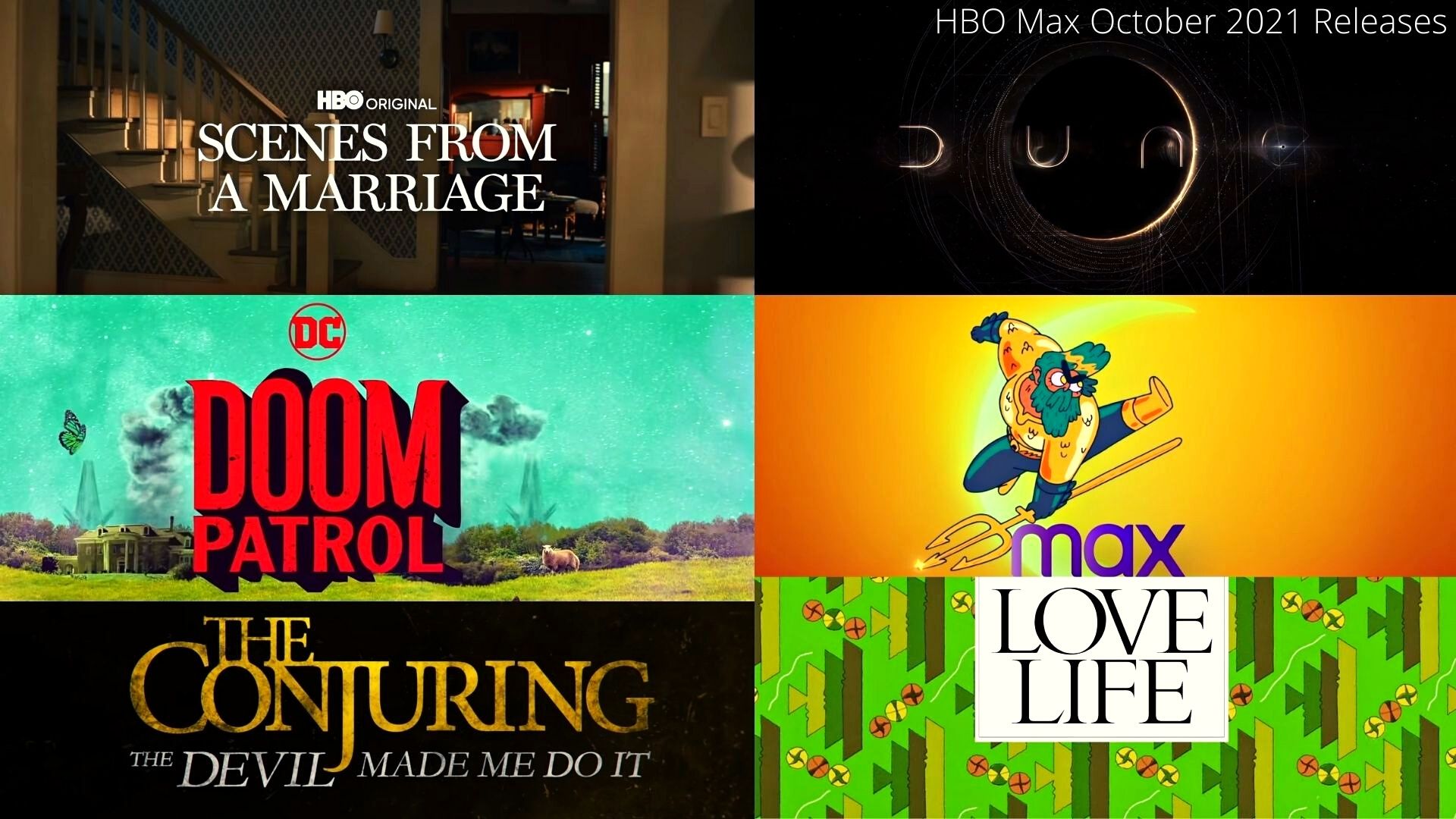 People all over the world are probably searching “What’s Coming To HBO Max In October 2021?” since we are only a few days away from October. There have been a lot of new additions to the HBO Max streaming service recently in terms of television shows and movies. Then we will see some highly anticipated movies and television show releases of 2021 like “Dune”, “The Many Saints of Newark”, “The Bachelorette Season 16”, and more. In addition to that, several new shows that were originally developed for HBO and released in September 2021 will continue. The shows like “Scenes From A Marriage” starring Oscar Isaac and Jessica Chastain and “Doom Patrol Season 3” have gained a lot of popularity.

Then there were other famous additions which included the blockbuster fiction movie series “Harry Potter”. All of the eight movies in the Harry Potter franchise were added to the HBO Max streaming list. Then we saw a new movie release on the streaming service as well titled “Malignant”. The latest horror film from the famous director James Wan hit the HBO Max streaming service on the same date as the theatrical release. Another latest release of September 2021 that arrived on HBO Max was “Cry Macho” starring Clint Eastwood, who was also the director of the movie.

Similarly, there have been several other old, new and original exclusive releases on HBO Max in September that gave a good start to the fall season. However, with September coming to an end, there is only one question among the HBO Max subscribers as well as the non-subscribers. That question is What’s Coming To HBO Max In October 2021? Some of the biggest anticipated movies and television shows are arriving in October 2021 that will make the fans run towards the streaming service.

There is no doubt that the month of October is always filled with amazing releases every year. Especially with Halloween falling in this month, everyone is looking to have a good choice of tv shows and movies with them. This has become even more amazing with the growing competition among various streaming services like Netflix, Amazon Prime Video, Disney Plus, HBO Max, and more. They are constantly competing to put out more content for their subscribers as well as to attract newer ones.

This competition has benefited the viewers who are now getting to enjoy tons of movies and television series at the comfort of their homes. That is why HBO Max is bringing in a lot more in October 2021 to make its stand in Halloween month. There are going to be a ton of movies, television shows, and animated series coming to HBO Max in October 2021. However, there are some highly anticipated movies and shows releasing on HBO Max this month. So let us take a look at them first.

The latest offering from Warner Brothers titled “Dune” is releasing on 22nd October 2021 in theatres worldwide and on HBO Max as well. We cannot stress enough how much this movie has intrigued the viewers and fans of the science fiction genre. It has been a topic of discussion since 2016, when it was first announced that the film might go into development. There were a lot of speculations about the star cast and director of the film.

However, as we moved ahead each year, things got more clear. Timothée Chalame, Rebecca Ferguson, Oscar Isaac, Zendaya, Jason Momoa, Javier Bardem, Stellan Skarsgård, and more were added to the ensemble cast. Furthermore, the famous director Denis Villeneuve joined the project to direct Dune. The film has been showcased at the 78th Venice International Film Festival on 3rd September 2021. The reactions from all those who got to experience the movie at the Venice film festival were stunned with the visuals, direction, and performances in the movie. This has further increased the anticipation among the viewers. Therefore, “Dune” is among the topmost anticipated release of HBO Max in October 2021 and even the most awaited release of 2021 as well.

Scenes From A Marriage Finale: Releasing On 10th October 2021

Another anticipated release on HBO Max in October 2021 is the finale of the limited series “Scenes From A Marriage“. The latest original features Jessica Chastain and Oscar Isaac in the lead roles. The show premiered on 12th September 2021 and consisted of a total of five episodes. Furthermore, the series has received mostly positive reviews from the audience as well as the critics. It has a rating of 7.5 out of 10 on IMDB. Meanwhile, it has an 84% score on Rotten Tomatoes as well.

Oscar Isaac and Jessica Chastain in “Scenes From A Marriage”

What’s Coming To HBO Max In October 2021? Release Date of Every Movie and TV Show

If you thought there will only be a few releases or additions to HBO Max in October 2021, then you are wrong. HBO Max has decided to bring in a lot of content including old and new movies, television series, and animated series this fall. There is going to be a lot dropping on the first day of October itself and then more on the other coming days. Therefore, there will be a lot on the plate to choose from for the subscribers. Moreover, there will be a lot for those wanting to take the premium membership of HBO Max as well this October. So let us take a look at everything that is releasing on HBO Max in October 2021.

Also Read: Is The Blind Side on Netflix? Plot & Ending Explained

These are all of the movies and television shows that are making their way to HBO Max in October 2021. Furthermore, all of the viewers who want to binge-watch this Halloween month can now get a good look at everything that is releasing on HBO Max in October 2021. With the addition of several new shows and films and many more old classics, HBO Max is giving its subscribers a lot to enjoy. There have been a lot of horror films added to the lineup for October to give you a good scare this Halloween in October.

In addition to that, a lot of highly anticipated films like “The Conjuring: The Devil Made Me Do It”, and “Dune” will be hitting the streaming service. Moreover, we have another highly anticipated movie titled “The Many Saints of Newark” releasing this October on HBO Max as well. This is a prequel to the popular series “The Sopranos” that first premiered in 1999 and concluded in the year 2007. Furthermore, there will be new seasons of several popular shows like “Succession”, “Insecure”, “We’re Here”, and more.

In addition to that, there will be several HBO Max Originals premiering in October like “A Thousand Fangs”, “Maricon Perdido”, “Aquaman: King of Atlantis” three-chapter series, and more. Therefore, it is totally worth getting a premium HBO Max membership before we move into October, so you do not miss these releases. However, those viewers who do not have access to HBO Max in their respective regions can look for other streaming service options like Netflix, Amazon Prime Video, Hulu, Disney Plus, and more.