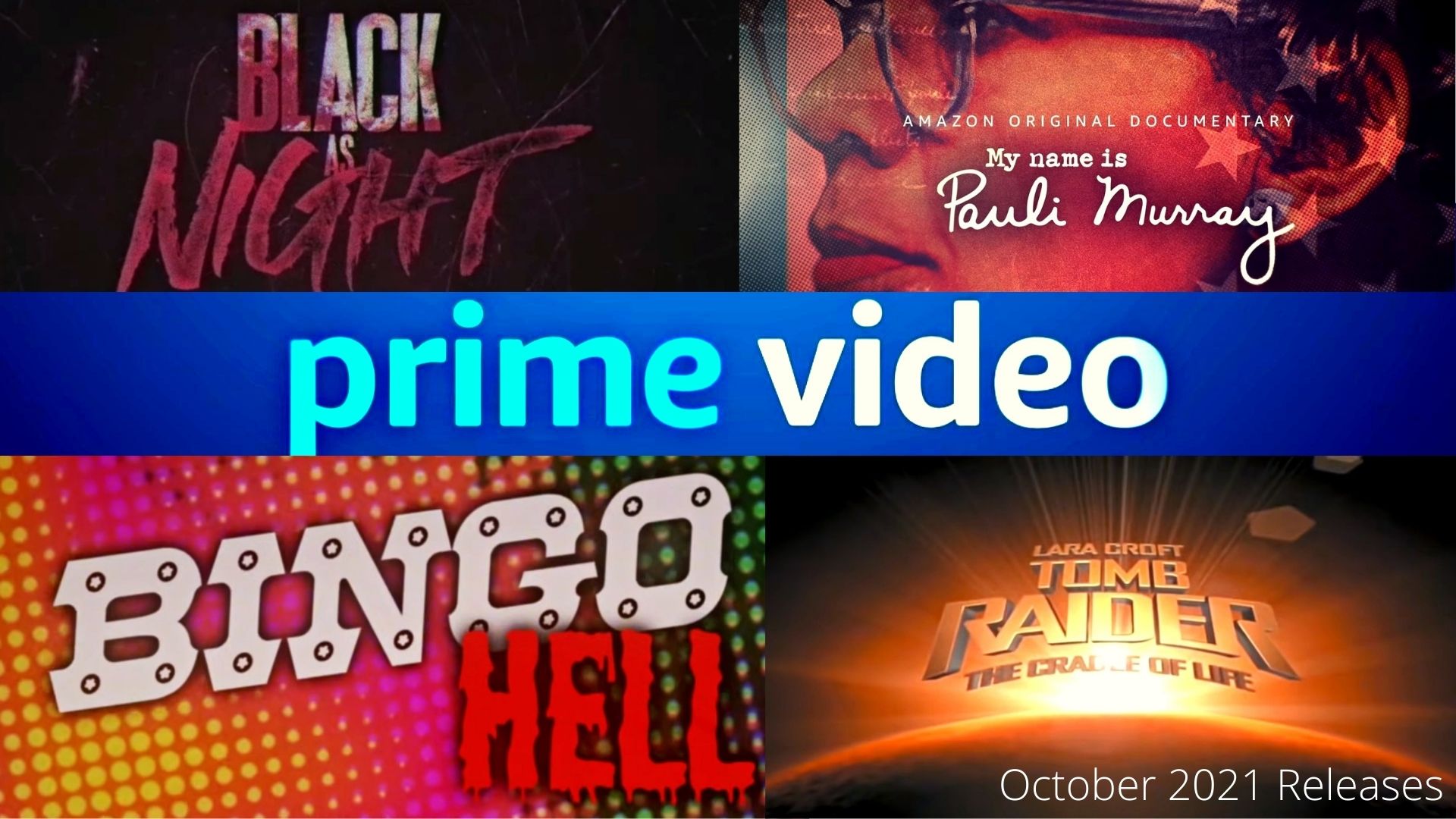 What’s Coming To Amazon Prime Video In October 2021 is one of the most asked questions of the second half of September. There is nothing to wonder why this is happening. People all over the world are curious about What’s Coming To Amazon Prime Video In October 2021. Hence, it was an important topic to discuss. Likewise, the television series and movies that will feature on this streaming platform in the upcoming month include various new releases. On the other hand, old movies and series will also get a chance to feature on Amazon Prime Video. Overall, it is a win-win situation for the viewers and the subscribers. They will be provided with some of the best works made across the globe.

Amazon Prime Video is an OTT platform that stands second in the list of popularity and preference across the globe, after Netflix. It was not an easy task for being loved by millions of people all over the world. However, Prime Video’s amazing content was the major reason behind this fame. Amazon.com, Inc. is the parent organization of this subscription video-on-demand platform. Moreover, Amazon Prime Video has a total user count of 175 million.

Initially, this platform was known for premiering television series and movies produced by other houses as a host. However, now Amazon Prime Video is a major production house releasing different and exciting content known as “Amazon Prime Originals”. Hence, the level of curiosity among the fans is even more now since many Originals are expected to release in the next month of October. What’s coming to Amazon Prime Video in October 2021 is more hyped than ever. What will be the perfect Halloween gift for the viewers from Amazon Prime Video, will be worth the wait.

I Know What You Did Last Summer

Neal H. Moritz and James Wan acquired the rights for this adaptation in the year 2019. Craig Macneill is the director of the first episode of the brand new series. I Know What You Did Last Summer will premiere on Amazon Prime Video on October 15, 2021. The plot revolves around a group of friends who were accidentally involved in a hit-and-run case. Although they tried to cover up the case, someone knew about the incident. The unknown person started blackmailing the protagonists. Will they be able to find out the blackmailer? This is what we will find out once the series premieres on Amazon Prime Video, this October.

A famous player’s documentary will be a part of October’s watch list that is set to amaze the viewers. Maradona: Blessed Dream is a biography-based television series that will release on Amazon Prime Video as an Amazon Original. As the name suggests, this series is solely based on one of the world’s finest football players Diego Maradona. Juan Palomino will be seen playing the lead role. For lovers of sports, especially football, this is a lifetime opportunity to dwell in the lives of Diego Maradona.

Interestingly, Maradona: Blessed Dream has already been renewed for the second season. This announcement came even before the first installment’s release. Maradona: Blessed Dream Season 1 will premiere on Amazon Prime Video on October 29, 2021.  This series will feature the major events that happened in the life of the legendary player. Moreover, what were the aspects the helped him in becoming an inspiration for millions of people around the world. Seems like the viewers will get a perfect Halloween gift this year.

In the month of Halloween, how can we miss the scary genre? The Manor is an upcoming horror film set to premiere on Amazon Prime Video in the month of October. Axelle Carolyn is the writer and director of the film. Created under the banner of Blumhouse Television, The Manor is scheduled to release on October 8, 2021. Likewise, Amazon Studios will be distributing the horror film in countries across the globe.

The Manor revolves around a woman who suffered a stroke. She was named Judith. As a result of her treatment process, she was shifted to a nursing home. However, she assessed some supernatural activities around her. As a result, she needs to escape the nursing home and take everyone along with her to a safer place. Will she be able to convince the other patients about the happenings? Will Judith escape the trap? All these questions will be answered once the film premieres the next month.

The competition among various OTT platforms like Netflix, Amazon Prime Video, Hulu, Paramount+, and others has always benefitted the viewers. In order to become the best streaming site in the world, they are forced to update their content. Likewise, “Originals” have made a different criterion for the platforms for achieving high spots. As a result, every month, new television series and movies have been added to the list of watches. What’s Coming To Amazon Prime Video in October 2021 has thus become an important part of the discussion on the internet. The following is the list of films and series streaming on Amazon Prime Video from October 2021.

Also Read: What’s Leaving Hulu In October 2021? All The Movies And TV Shows

Also Read: Is The Blind Side on Netflix? Plot & Ending Explained

Likewise, a brand new Amazon Originals “Fairfax” is set to release in October 2021. However, till now, the official date is not announced for the same. As a result, it is time for the users of Amazon Prime Video to renew their subscription and binge-watch all the television series and movies before the Prime Originals premiere on their respective dates. For further information, stay tuned to Otakukart!