What Will Succession Finale Entail For The Roys? Spoilers & Speculations 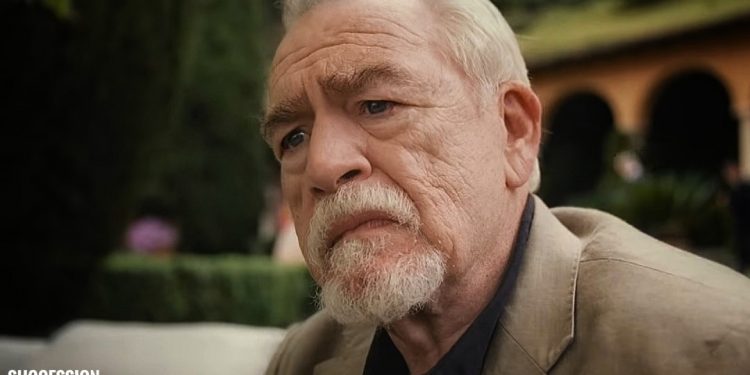 Succession season 3 is set to conclude with episode 9

“Succession” Season 3 Episode 9 will mark the conclusion to the concurrent installment of the immensely gripping black comedy-drama. The previous episode saw Roman trying to go and see to Mattson’s state after his tipsy and rogue tweets. Mattson seemed interested in a merger instead of acquiring Waystar. Roman came back and assured Logan that Mattson’s alright for the merger. Meanwhile, Gerri told Roman to stop sending her his d**k-pics. However, following the excitement of the merger, Roman hits “send” on another one of the digital pictures of his phallus. However, in the blur of the excitement, he mistakenly sends it to his father.

Episode 9 of “Succession” Season 3 will release on December 12, 2021. The final episode of season 3 is set to give us some surprising development regarding the GoJo-Waystar deal. According to the official synopsis, Mattson’s vision for the merger entails something that’s not really in the interests of the Roys. It was pretty clear from the start anyway, Mattson has been a clever player along the way. He would most likely try to acquire Waystar now that his stock is going to soar. The new development in the merger will lead Shiv and Roman to manage the fallout. Meanwhile, Logan will be weighing his options as well. We will also get to see what happened with Kendall, who was seemingly drowning in the pool previously.

“Succession” season 3 episode 9 will air on HBO on Sunday at 9:00 pm ET. If you don’t have a cable subscription, you can stream “Succession” online on HBO Max. The drama is available exclusively on HBO in the US. For viewers in the UK, new episodes air on Sky every Monday at 2:00 am GMT. Australian viewers can stream the TV show via Binge or Foxtel Now. In India, Disney+ Hotstar is the only streaming platform to binge stream the show on.

“Chiantishire” opens with Caroline’s wedding, and in true Roy family spirit, the merry atmosphere in the wedding is only thanks to everyone except the Roys. Caroline’s somewhat happy, mostly as a charitable gesture to her cheap and enthusiastic husband-to-be. The Roys start to arrive at the venue, but Logan is nowhere to be seen. While Roman and Shiv are busy trying to understand what Mattson is up to after he posts some rogue-ish tweets. Logan eventually arrives at the wedding. Kendall, who Caroline told to stay away from Logan, confronts his father regardless. Kendall asks Logan to meet him over dinner and sort it all out. He means sorting his way out of the entire business.

Although wary of his son, Logan does arrive at dinner to talk to him privately. In arguably one of the best scenes of the season, we see Kendall propose his ultimate offer to Logan. Kendall offers to get out of the family business with a premium buyout of $2 billion and sweet stock shares. However, Logan refuses to give Kendall what he wants. He likes to keep his children around so that he can kick them and see them come back to him, to be kicked again. This is essentially what Logan is all about, and this scene made it pretty clear.

The episode had another significant parent-child interaction, with Caroline throwing a brutal confession at Shiv. Caroline tells her she should never have children and that Shiv did best not to have children. So Shiv decides to have one, obviously. She tells Tom about it, and to relieve the stress from the shocker of a parent-child meeting, they go at it. However, Tom proposes some degrading foreplay to precede love-making. Shiv goes ham at it, spitting venomous and brutal truths at poor Tom, with the foreplay being the facade.

Meanwhile, Mattson’s tweets impact GoJo significantly, their stock shoots up sky-high, way more than Waystar. This poses a definite threat to the Roys, with them worrying about an acquisition. So Roman heads to Mattson’s to try and gauze at his psyche and if he’s interested in a merger or not. The eccentric Mattson talks in his eccentric ways but gives a vague confirmation of his interest in a merger. Roman goes and informs Logan and others, and after some thoughts, Logan decides to go ahead with the merger.

At the meeting with the bankers, Roman gets too excited and sends Gerri a d**k-pic and, to his horror, realizes he mistakenly sent it to someone else. This someone else is none other than Logan Roy himself. Clearly perturbed, Logan takes a break and learns about Roman’s weird obsession with Gerri from Shiv. He then calls Roman to tell her to stop being the sexually depraved individual he’s become. He also hints toward firing Gerri, to which Roman says she shouldn’t get the boot because he did an inappropriate thing.

The episode ends with Kendall lying on an inflatable floater in his pool, facedown and drunk. As his kids go indoors, we see him drop his bottle into the pool with his face partially submerging into the pool as well. The scene ends with a worms-eye view shot from the bottom of the pool, showing Kendall seemingly drowning. Is he going to drown and die? The meeting with his dad was brutal, and he has given up on business and trying to one-up his father and losing every time. He might as well have given up on life. Or it’s just him dozing off because he drank too much. We’ll have to wait and see what becomes of Kendall when the season 3 finale arrives.

‘Happiness Season 2’: Is the K-Drama being Renewed?