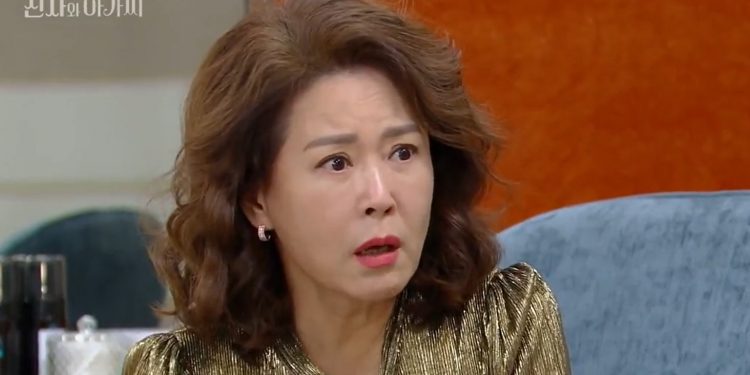 ‘Young Lady and Gentleman’ Episode 30 is coming out this Sunday. While Dan Dan has finally started acknowledging her feelings and started taking lead. Her family has been having a ride of their own. Getting diagnosed with cancer, Anna thought her days were numbered. And that she was gonna die alone without making up to her family and in guilt. But when Soo Cheol blended his shoulder and support to her, Anna’s hopes to get her family back are on rising again. And with Yeong Sil being a woman whom everybody seems to hate as she chose to money over her husband. It won’t be hard for Anna to fulfill her wishes.

Hearing that she has no family, Soo Cheol went on to take care of Anna. Waiting for her at the hospital when she was in surgery. And running to her as soon as she was out and comforting her. They both seem to have feelings for each other. Meeting him afterward, she asked Soo Cheol if he’d like to come with her to the States to work. Telling him that Dan Dan has accepted her offer and will be joining her too. So it would be nice for both of them to stay together. But Soo Cheol refused as he couldn’t leave his family behind.

‘Young Lady and Gentleman’ Recap: Mi Sook Has No Idea About The Circle She’s In!

Spotting her son by the subway, Mi Sook went on to call him, asking about his whereabouts. But Jun O decided to lie and told her that he was on campus. Getting caught redhanded, she took him home and confronted him about his lie. Coming clean to her, Jun O told him that he took the year off as the med school was too much for him. And once he’d have a proper career, he would’ve told her. Telling him that he’s the only person she has and cares about after his father died. As she tried to tell him to reconsider, Jun O just told her that medicine isn’t for him and asked her to have faith in him as he finds his way in life. Leaving his mother crying, he went on his own way.

Mi Sook went to Soo Cheol’s house and talked to Yeong Sil and her mother about what happened. Seeing Mi Rim come home, she offered her a part-time job at her store. Having no idea that Mi Rim is staying with her son and is in the same beauty school. On the other side, Mi Sook is also helping Dae Ran find a suitable home for Se Ryeon. As Dae Ran vented to her about Se Ryeon begging her lover’s family who is brainwashing them. She has no idea that Dae Ran is talking about no other than Soo Cheol’s son Dae Beom. Telling Dae Ran about Se Ryeon’s ex-boyfriend from when she was in the States. And how his mother was against their relationship because of Dae Ran being the mistress. But now has no problem with Se Ryeon and would love it if the formal couple gets back together.

‘Young Lady and Gentleman’ Episode 30 Release Date and What Might Happen?

‘Young Lady and Gentleman’ Episode 30 will release on January 2, 2022. Going to Yeong Sil and telling her about the earning opportunities Soo Cheol would get in the States. Anna is successful in convincing Yeong Sil to let Soo Cheol go to the States. Seeing his wife telling him to leave the family behind for money. And getting to know that she’s been taking money from his sister to run the house. Soo Cheol might be reaching that point when he’ll have enough of Yeong Sil’s audacity. While Cha Gun has been missing Sa Ra, thinking about the moments they had. Sa Ra’s ex-affair keeps coming back to her along with a bigger risk of her losing everything from her job to family. And Young Guk’s kids keeping their dislike for Sa Ra alive isn’t helping her in any way.

‘Young Lady and Gentleman’ Episode 30 will be available to watch on streaming platforms like Rakuten Viki and Viu.