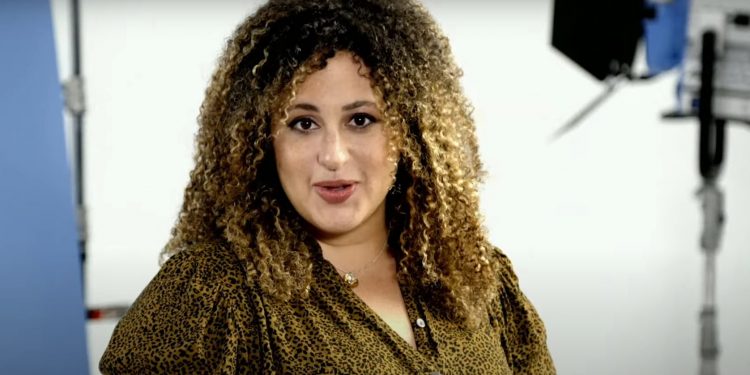 Last week’s episode saw massive drama as break-ups, ego confrontations, and emotional traumas took the best out of our protagonists. Now, on The Big Leap season 1 episode 11 airing in December, the stage gets heated up. To begin, Kevin must live up to his actions, because what he did in the last episode will surely catch up to him. On the other hand, Monica and Gabby’s activities will have a lot more for the upcoming episodes.

If you’re not familiar with this program, The Big Leap tells many stories regarding personal development and responsibilities. In each installment, each protagonist lives up to their aspirations, challenges his or her own expectations, and tries to claim what’s theirs. In essence, a group of dancers tries to compete in a performing arts contest. Now, let’s start covering this topic here at Otakukart.

The Big Leap season 1 Episode 11 will release on December 6, 2021, on Fox at 9:00 PM, Eastern Time, United Time. To begin, every new episode drops weekly on Mondays. Secondly, Given that Fox chose not to run future episodes and since the show’s live and same-day ratings left a lot to be desired, we believe it’s prudent to treat this episode as though it is the last chapter of the season.

Where to Watch The Big Leap?

All you have to do to watch The Big Leap season 1 episode 11 is turn on Fox at the appropriate time. Furthermore, there are a few ways to view this show on the internet. To begin, you might view it on Fox’s website or app. You can access using your cable credentials. For further information, contact your cable provider. There are other choices for the cord-cutting folks, since it may be live-streamed. The most current episodes of ‘The Big Leap’ may be seen on live TV streaming services such as YouTube TV, DirecTV, Xfinity, and Hulu + Live TV. Finally, the most recent episodes may be purchased or rented on VOD services such as iTunes, Google Play, Spectrum, and Vudu.

On introducing The Big Leap Season 1 Episode 10, we were given a melancholy montage of Paula and Mike’s brief, happily domesticated existence together; suddenly, she fell and died before the opening credits. But, thanks to the video recordings she left with Wayne, we were able to get a few more glimpses of her as she left messages for Mike. She’s urging him to keep going and not sink back into the usual despair hole he was in before meeting her. Of course, Nick has been having a rough time, and the program falling in front of his eyes is just part of it.

We have to make way for Piper Perabo. She made Paula one of the most charming characters in the series and surprisingly drew several people together. The montage was fantastic. Mike and Paula didn’t have much time together, but they made the most of it. When Mike continued screaming out that they were meant to spend more time together, your heart broke for him.

The hours flew by. The Big Leap’s last performance is here, just as we’re nearing the conclusion of this beautiful series. And so much has changed in that period. The reality of how these shows don’t suddenly improve every element of their participants’ life was brought to light when Gabby returned to the same job she had before auditioning for the program.

Reggie has rejoined the squad, and Brittany is still attempting to stand up to her mother and find her way. However, the candidates have been irreversibly altered in other ways. Justin now has a once-in-a-lifetime chance. They’re all close pals, almost like family. Later on, Mike met and then lost the love of his life, and everyone dealt with it differently.

Mike, with the help of The Big Leap family, can continue on without Paula in ways that he may not have had the fortitude or emotional maturity to handle when he first joined the show. His buddies aren’t going to let him sink into himself or go into deep despair. So he’s been given the room to mourn openly, as well as those who will support him in doing so, and it’s a great thing.

Even though Paula and Mike had only known one other for a short time, they knew each other well. Paula’s “P.S. I Love You”-style notes were clever, and it demonstrated how well she read Mike. Even in death, she was saving and watching out for his best interests, and Mike’s commitment to Paula would have him doing everything Paula desired and expected.

The messages were all nice, but the last one had the most excellent emotional effect. I liked how Paula didn’t have anything usually significant to say at such instances because it seemed more honest. Nonetheless, her comments had all the seriousness they needed. We come for the Gabby and Reggie love tale only on The Big Leap and find ourselves engrossed in Mike and Paula.

Although all Mike was going through, one had to admire him for persevering and depending on others when he needed it. The images of Joel being hugged, the charming one when a stupidly tall Wayne engulfed him in a hug, holding hands with Travell, or drinking juice boxes with the youngsters Paula inspired were all unforgettable.  Whatever his specific dance will be throughout the event, it will be an uplifting, charming exhibition.

Gabby and Monica give their best

Gabby and Monica banding together at the last minute to adjust the choreography is a sight to witness. Gabby’s increased interest in choreographing her own dances is admirable. She’s talented, and this challenge allowed her to discover a skill she didn’t know she had. It was beautiful how Justin and Monica both supported her to obtain the praise she deserved for her hard work.

Her rendition of Swan Lake is much superior and considering that they had lost a beloved friend, it has a far more poignant meaning. Gabby may be seen as seeing herself and wanting to put everything she’d learned on the show to good use. Finally, if her love story does not include a guy, it should not be about discovering love and losing her life. Instead, of course, the message is that you must first fall in love with yourself.

Taking care of yourself

The most essential of them all is self-love, and it’s something that translates better and is relevant on this series about second chances, which had such an odd cast of people from all walks of life who took a risk. Monica and Gabby’s friendship has gone a long way, and it was a satisfying moment when Monica could appreciate and regard Gabby as a colleague and fellow visionary.

Maybe they’ll be able to find something where they can collaborate once this show stops. Gabby and Monica artistically feed off one other in intriguing ways. The dancers should perform in their respective areas of competence. The beauty of it all will be how this hodgepodge bunch can create something beautiful by everyone bringing their own unique gift to a more extensive dance.

Monica’s acceptance of all of this demonstrates that she has shed her ballet elitism. It’s a huge step forward for her.  But a part of me worries whether it will overshadow Gabby’s moment of self-discovery. So instead, I’m encouraged by her self-assurance. Moving on, Reggie is under pressure since he seems to have more difficulty functioning on the field when his heart and thoughts are with Gabby. Furthermore, Reggie’s post-game interviews were amusing, with everyone focusing on Gabby and The Big Leap rather than the game.

And, although he had every right to be irritated with Jessica and the show, he wanted them to get to the point where he could risk everything for Gabby. On the other hand, Nick was overjoyed with the news. And you can bet it wasn’t just because it made for good television. While working on this series, Nick developed a conscience and moral scruples. But, unfortunately, he has no idea what to do with it.

Kevin’s mistakes catch up to his act

Kevin’s efforts to atone for his wrongdoings are ludicrous, but perhaps he will now focus on his girls rather than Julia and leave it at that. He’s a horrible spouse, and he admitted it, but he doesn’t have to be a bad father as well. It was amusing to see the four connecting and healing bridges while painting over Olivia’s feminist graffiti. However, self-sabotaging his relationship and breaking up with Justin was not.

He’s proud of Justin for achieving a goal, but he’s also envious. He also has zero faith in their relationship, love for one another, and the ability to maintain a long-distance relationship. It’s a shame that the twins’ mother messed them up so badly that they can’t trust the positive in their life. Justin is wholly dedicated to Simon, and Simon cannot imagine a world in which that is conceivable while Justin is in Paris. And he doesn’t want to hold Justin back or prevent what he sees as an unavoidable event from occurring.

Simon’s breakup with Justin before the performance, on the other hand, was terrible. Once his mother showed up, you knew both the twins would have a hard time. The lady who wanted to go on Whorelando with Brittany was insane. But all of it took a back place to Brittany discovering she’s pregnant! Maybe it’s just a scare, but if it isn’t, does this mean Brittany is pregnant with Reggie’s child. Or is there someone else Brittany was with about whom we aren’t aware?

And, if it is Reggie’s, how will it affect Reggie and Gabby’s relationship? We’re in for a wild finale! The hour missed something spectacular by not having one of those trademark dancing performances. The group routines are the show’s greatest moments —and happily. There is so much more to appreciate about this series than just dancing. Those routines, on the other hand, have become a rare pleasure.