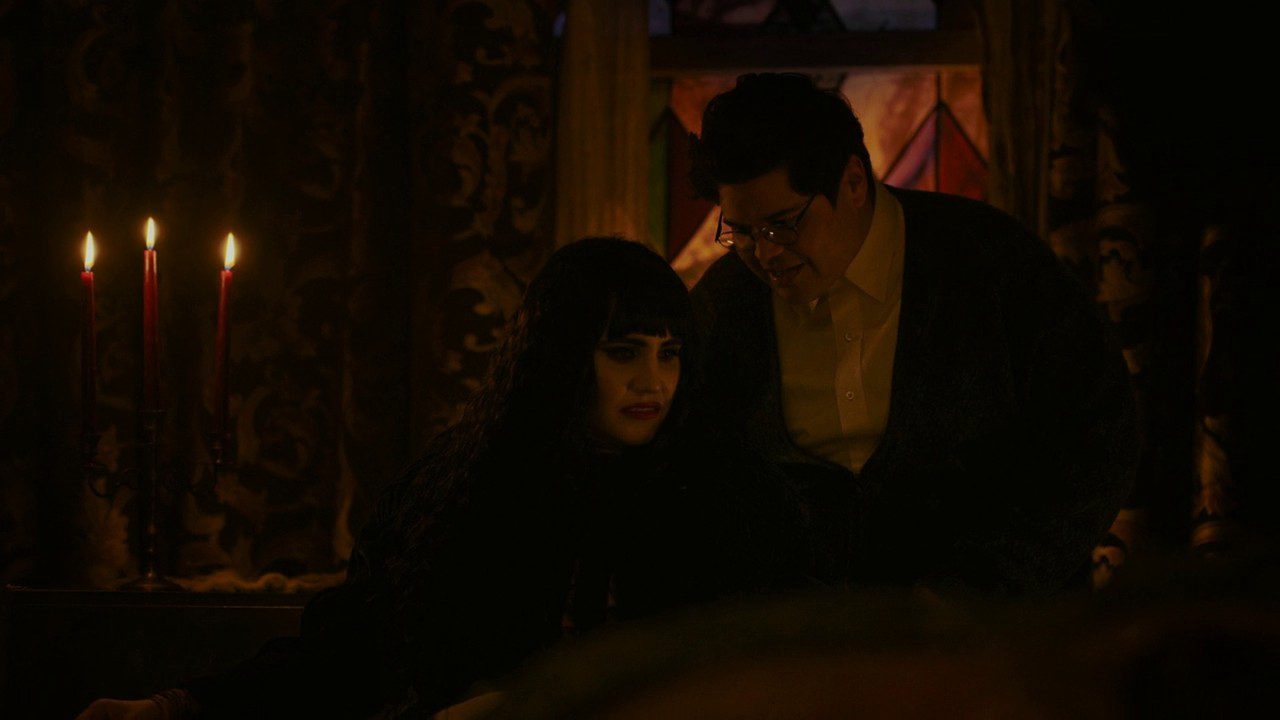 What We Do In The Shadows Season 3 Episode 6 may see Vampires finding their lives in danger after a long time in a while. The last time we saw them on the brink of death was the time they were brought in for killing their own kind. That was in the second season’s finale. Here in the upcoming sixth episode of the show’s third season, though, there is a different enemy lurking around in the back coming for them. Now the vampires either may have to rely on their powers or their human friends to save their kinds.

Apart from all the mess coming, the vampires recently became the judge and jury of their own court for the very first time. Nadja and Nandor were up for the job, with Guillermo aiding them. But was he there for that part only? As the court went on, a rivalry between Nadja and Nandor came up, which Guillermo pretty much took advantage of. On the other hand, Laszlo turned up to help his neighbor friend Sean who saw himself in a financial crisis due to wrong business decisions. Here is a complete breakdown of what went down.

What We Do In The Shadows Season 3 Episode 5 Recap

Previously on What We Do In The Shadows, it was Nadja and Nandor’s first Vampire Council Tribunal. They will be the judge and jury on the same council they once stood on trial for. Joining them on this day is Gullerimo, who is tagging along as well. Meanwhile, Laszlo and Colin are spending a night out at Sean’s with all his friends around. They will be watching games on TV as well as playing along too. Colin starts the night by asking everyone to play a mystery board game which may end up by the dawn. 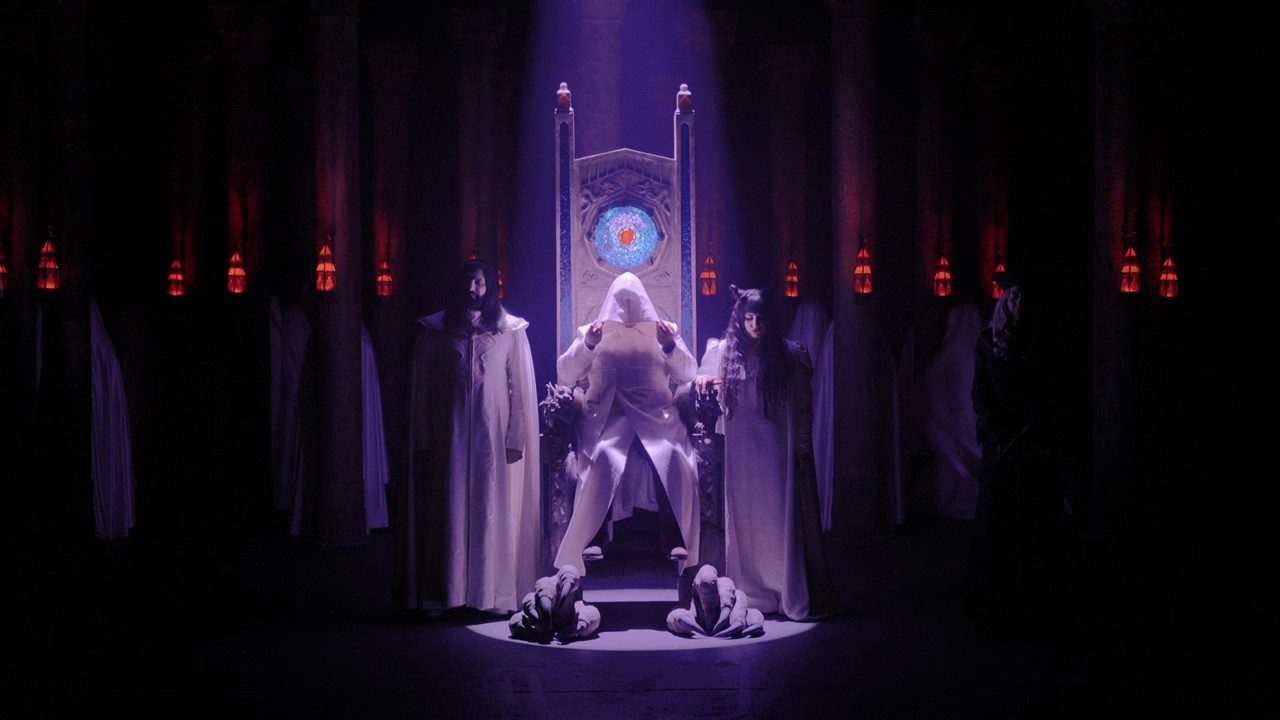 From What We Do In The Shadows Season 3 Episode 5 Featuring Nandor, Nadja, and Guillermo

At the Vampire Council Tribunal, Nadja and Nandor started preparing for the Tribunal. They watch a video and enter the court. But, a dispute between who may sit on the throne pops up. Guillermo takes the opportunity to grab the throne by whispering in the ears of both. Thus, creating confusion and confrontation between them. Back at Sean’s, he tries to sell his buddies a kind of weird pillowcase too hard. The cost he asks for results in them wondering why Sean is trying so hard to sell this pillow.

When everyone denies buying it, Sean just walks out frustrated. Laszlo later comforts him as Sean confesses. Basically, he bought a lot of pillows from a man, and now he couldn’t sell them. Now he can’t pay back the guy who sold that to him. That is the reason he would be going to small claims tomorrow. So Laszlo promises to help. Meanwhile, after a lot of changes, it’s Guillermo who gets to sit on the throne. All thanks to the divisive plan as he whispered in others’ ears. 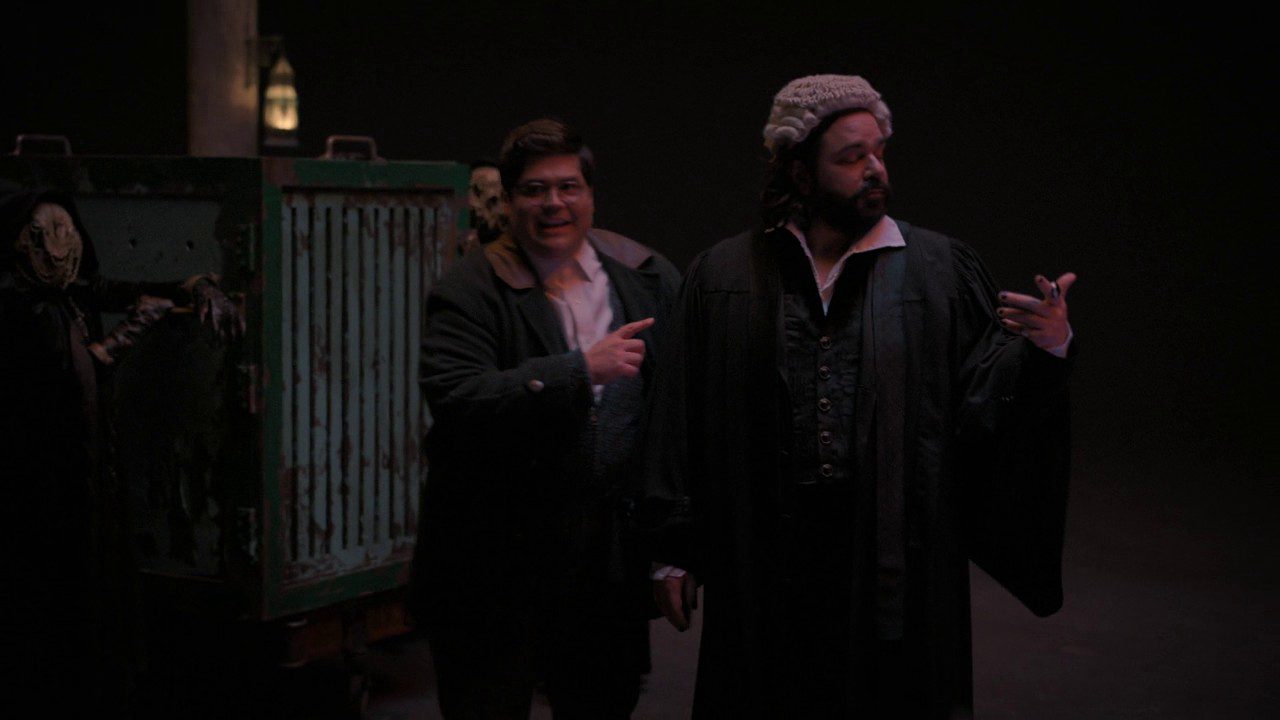 Amidst the court, one of the offenders turns out to be Derek from the mosquito club. The one Gulleirmo had joined accidentally. The group was comprised of vampire hunters. In an attempt to save Derek, Gulliermo whispers again, but this time neither Nadja nor Nandor believes him. Tables were turned. The episode came to a close with Laszlo defending Sean in the court, only have them lose the cast. But he did help with Derek’s case as he helped Guillermo to save him though he seemed drunk.