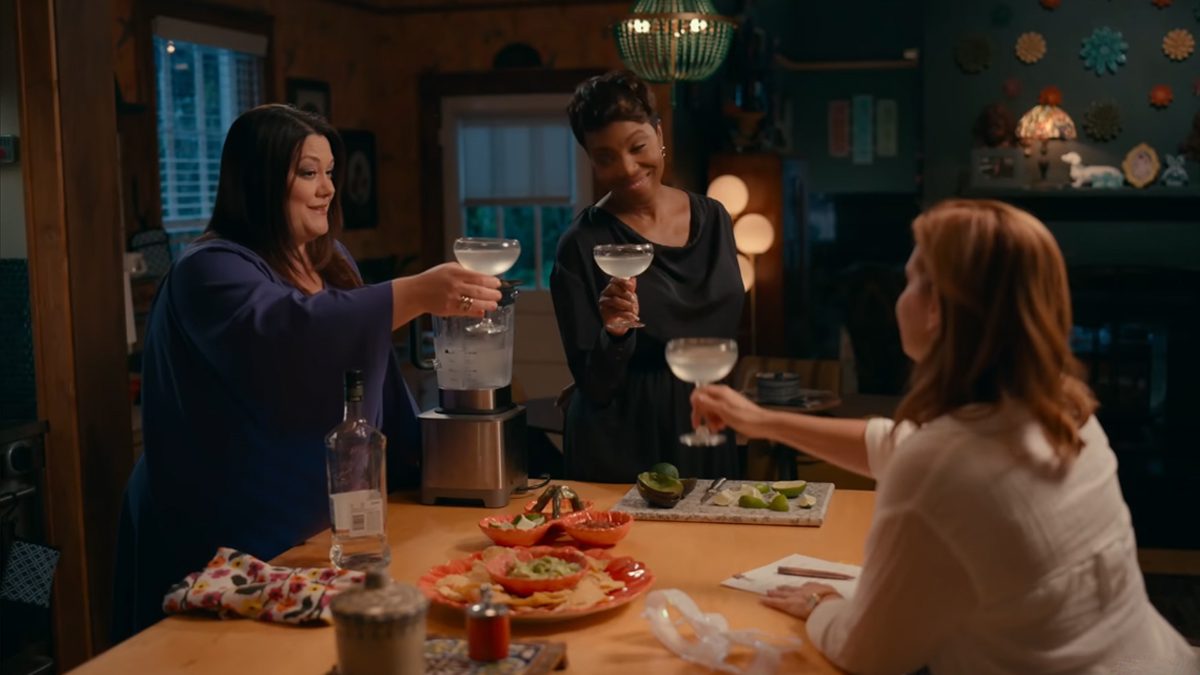 There are three South Carolina women who have remained best friends since childhood as they lead each other through the challenges of romance, career, and family, according to the story. It’s been over two years after its first season debuted in May 2020, the fans can now see a whole new season filled with romance, friendship, and lots of drama. As they eagerly waited for their new batch of episodes, here, they came up with a new story, fortunately. So, let’s just gather some information regarding its third season. 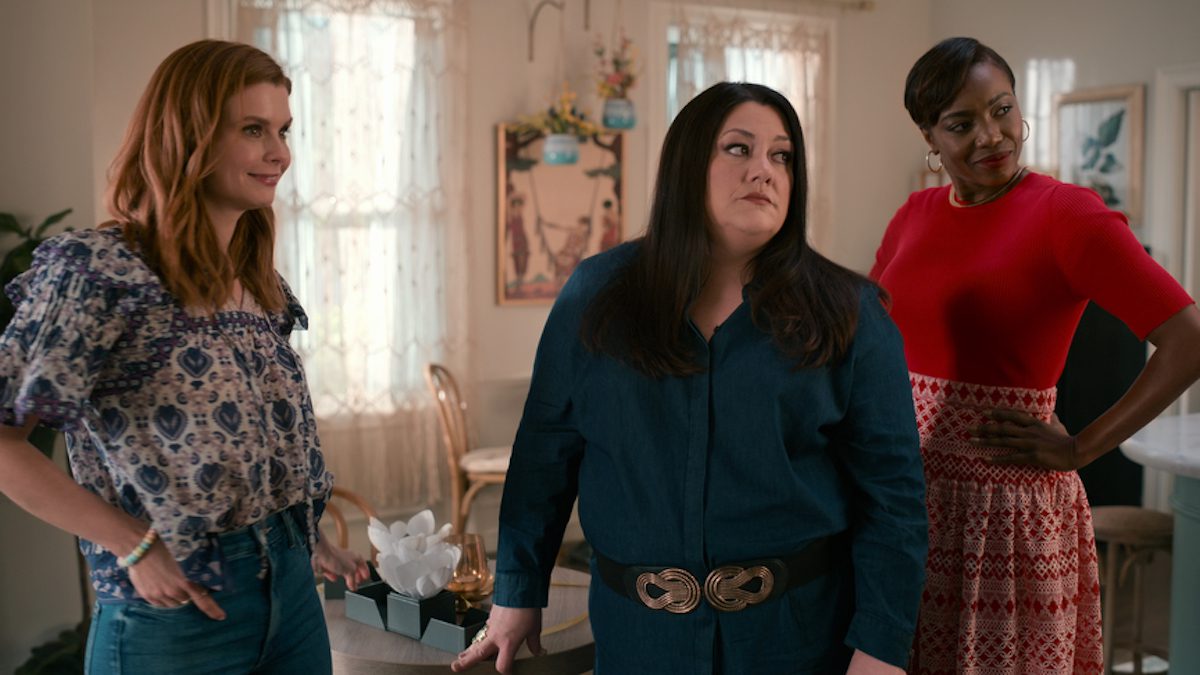 The new season 2 was released on 4th February 2022. All ten one-hour episodes are available to stream on Netflix. This series is what you won’t want to skip and is a great recommendation for Valentine’s Week. The official announcement by Netflix regarding its second season came on 23rd July 2020.

Joanna Garcia Swisher, who plays Maddie, announced the end of filming via an Instagram post. “Bittersweet sentiments,” she said, “because I’m going to miss my team so much.” “But I’m so happy and overwhelmed for all of you to see what we’ve been working on in Serenity, and I can’t wait for this dream cast and crew to (hopefully!) reconnect as soon as possible to continue the trip!”

But the question is, Will there be another season of Sweet Magnolias? In September 2021 interview, the actress hinted that season 2 would conclude with a dramatic cliffhanger. Similar to season 1, saying, “We end season two with a lot of drama again.”. She gives a hint on to this that the series aims to return for a third season after season two. There’s no official announcement for the renewal of its 3rd season.

As per rumors, the entire cast members will be going to be there in its third season, and hence, will play their original roles. Joanna Garcia Swisher, Brooke Elliott, and Heather Headley reprise their roles as Maddie, Dana Sue, and Helen, respectively, like our Sweet Magnolias. Maddie is a divorced mother of three with a new spa to manage. Then, Sullivan’s owner and head chef Dana Sue Sullivan. She separates her ways from her husband and has a fiery daughter, Annie. At last, Helen Decatur, a powerful attorney who isn’t waiting for a guy to catch up to her in order to create her own family. 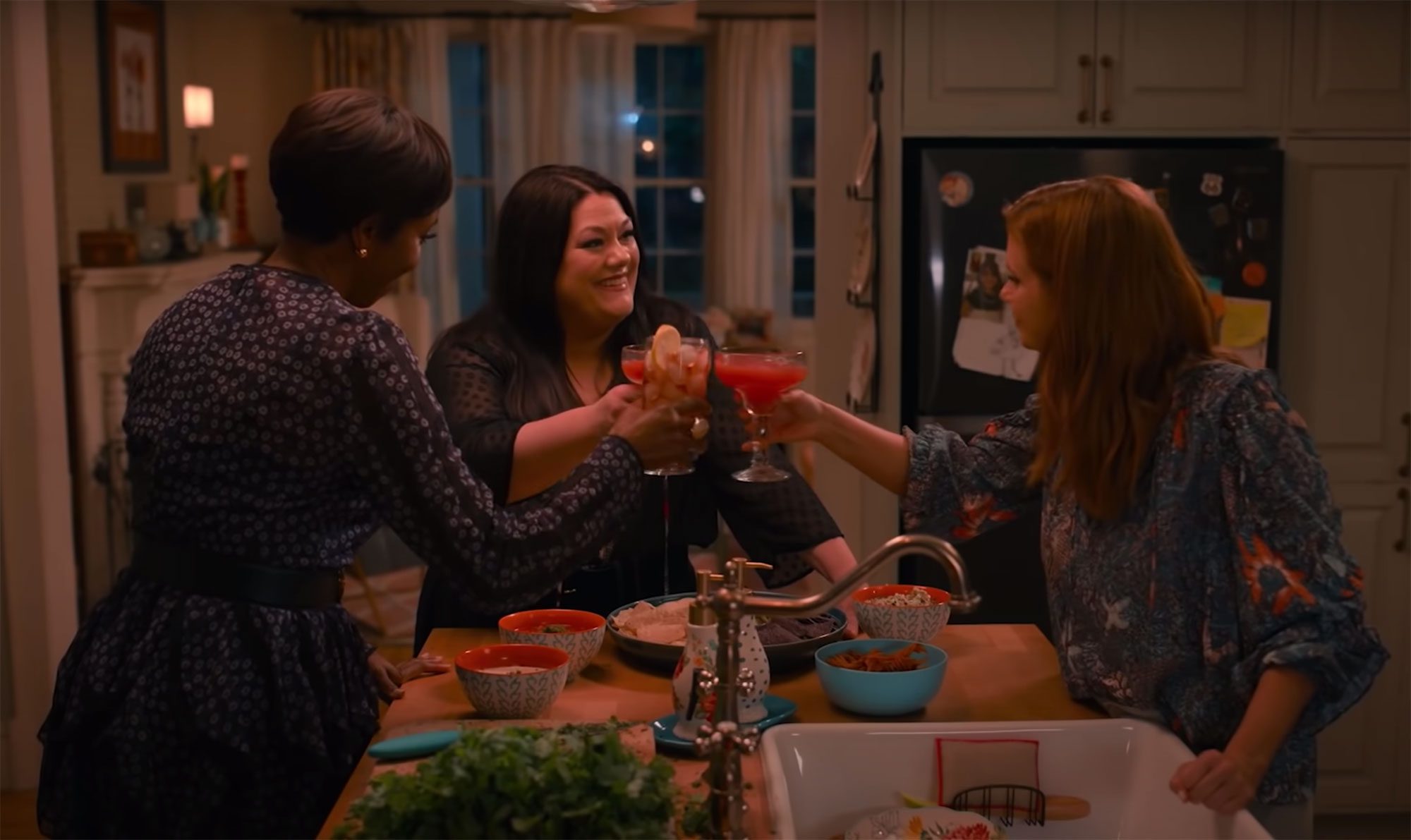 Chris Klein, who took his spot as Maddie’s Ex, Bill Townsend, wondered if there was any way Maddie would accept him back at the end of Season 1. Despite the fact that the character Noreen departed Bill near the end of Season 1, Jamie Lynn Spears was upgraded to the recurring role for Season 2. In season 1, Maddie fell for Cal Maddox, a hot high school baseball coach, Justin Bruening. Tyler and Kyle played the role of Maddie’s son, by Rowland and Logan Allen. Dion Johnstone, who played a character named Erik, who was having a pretty hot romance with Helen at the end of Season 1, will also return. They don’t appear to be bringing anyone new to Serenity right now, but it might change at any time.

The first season of Sweet Magnolias ended up with a shocking accident on prom night. The incident scared the viewers as to who all are there as the passenger in that car, as we see that Kyle, Maddie’s middle child, was pulled from a vehicle on a stretcher. Apart from this, there were numerous spots at the end of the 1st season. Starting with Maddie and Cal, who had a miscommunication when she assumed that his ex wanted her son Tyler to prioritize baseball over college. Cal’s friend and scouter try to recruit Ty, which irritates Maddie and causes her to fight Cal.

Helen broke up with her boyfriend, Ryan, in the last season. After this happened, Helen is more determined than ever to establish her own family after her breakup with Ryan, whether or not she has a partner by her side. Erik, a chef from Sullivan’s, assumes to be Helen’s new love interest. Helen is ready to start her family alone and has scheduled an appointment with a specialist to discuss her choices for having a kid without a spouse. It will be interesting to watch if she follows through on this plan. Also, how will this affect her budding romance with Erik? 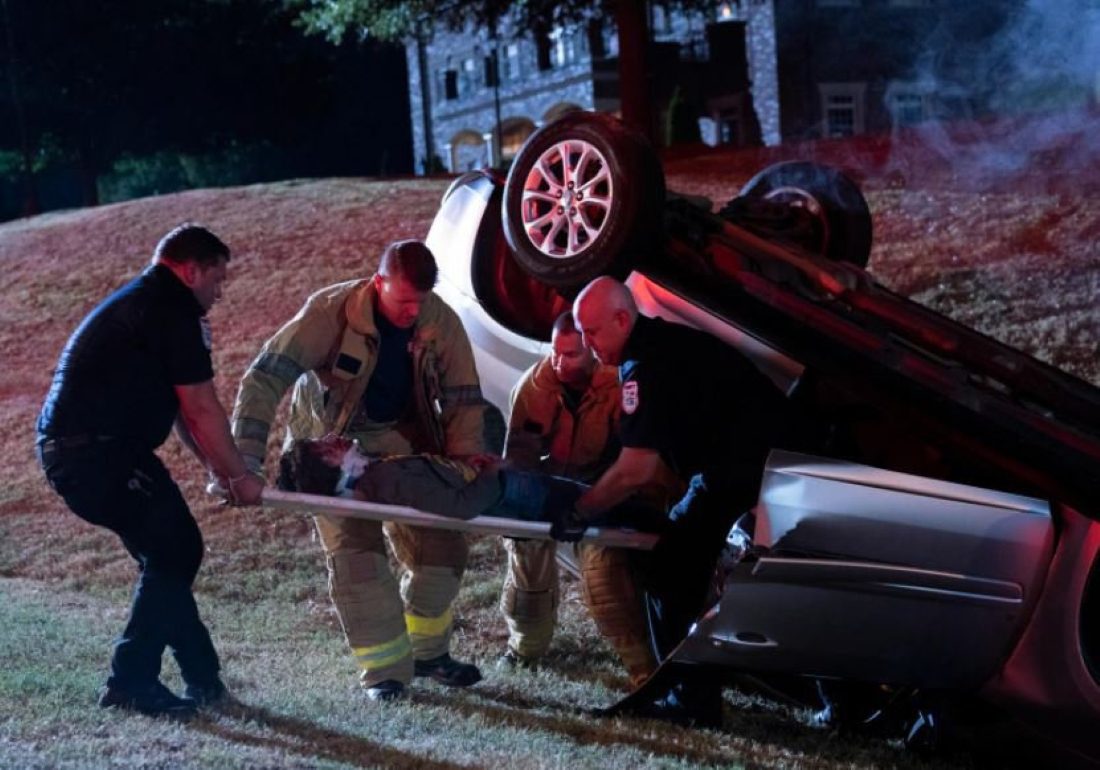 Kyle injured in the car accident of season 1

Dana Sue is urging Ronnie to complete their divorce so she may get a mortgage to buy out her old business partner at Sullivan’s. Her shocking conclusion is her being approached by her employee Isaac (Chris Medlin), who believes that she is the biological mother he came to town looking for. Given her recent disclosure about her history with Mica, Isaac is even more confident that this is the solution he’s been seeking, although whether it is real or not remains to be seen.

At last, Tyler drew himself in a fight with Jackson. Kyle defended Jackson, but meanwhile, Tyler pushed him, which frustrated Kyle from being overlooked by Tyler. He then runs out of the house, and everybody chases him. After receiving a phone call, the ladies and Bill are rushed to the highway, where Ty’s automobile has flipped over. Kyle’s lifeless body is carried out of the car on a stretcher, but paramedics have no idea who the driver is – Ty, Annie, or someone else – or if they’re still alive.

Also Read: All American Season 5: Is A New Season Already In The Making?

The second season is all about heartbreak, romance, teenage turmoil, and plenty of margarita nights, all hinted at in the trailer. They come up from the conclusion of last season’s car accident as what all had happened in it and who was there in the car. But, we got a sneak peek of Maddie’s son Kyle and his life after the prom night crash later. Also, Maddie and Cal are back on track romantically in the teaser, but Helen struggles with her feelings for Erik. On the other hand, Dana Sue is attempting to find “hope” in her life while entangled in a love triangle with Jeremy and Ronnie. The season also features Isaac’s relentless hunt for his birth parents, as well as a look at Noreen and Bill’s new baby and how it impacts Bill’s ex-wife, Maddie, and their children.

The show had filmed entirely in Georgia, primarily in and around Atlanta. The second season’s production began early in April 2021 and ended up in July 2021. Though the story locates in South Carolina, Georgia, also known as the Peach State, is an excellent substitute. Let’s take a deeper look at the specific filming locations now.

Sweet Magnolias’ prime location was at Metro Atlanta, Georgia, popularly known as the Atlanta-Sandy Springs-Alpharetta, GA Metropolitan Statistical Area. The regions include Atlanta, Georgia’s capital, as well as a number of adjacent cities and counties. The cast and crew members shot in Rockdale County, Georgia, which contains the city of Conyers. They also filmed essential scenes in Atlanta, with the World of Coca-Cola Museum on 121 Baker Street Northwest. There are several other movies and TV shows filmed in Metro Atlanta such as ‘Red Notice,’ ‘Jungle Cruise,’ ‘The Vampire Diaries,’ and ‘Cobra Kai‘.

The show performs its best worldwide, according to its ratings and their fan’s reaction. It has spent a combined total of 33 days, in the top US TV chart reaching number one. Also, in the UK, it did so well and invested in 13 days in the top leaderboard. The scenes are simply too lovely, and its overall positive tone is more than compensates for the overly groomed moments. 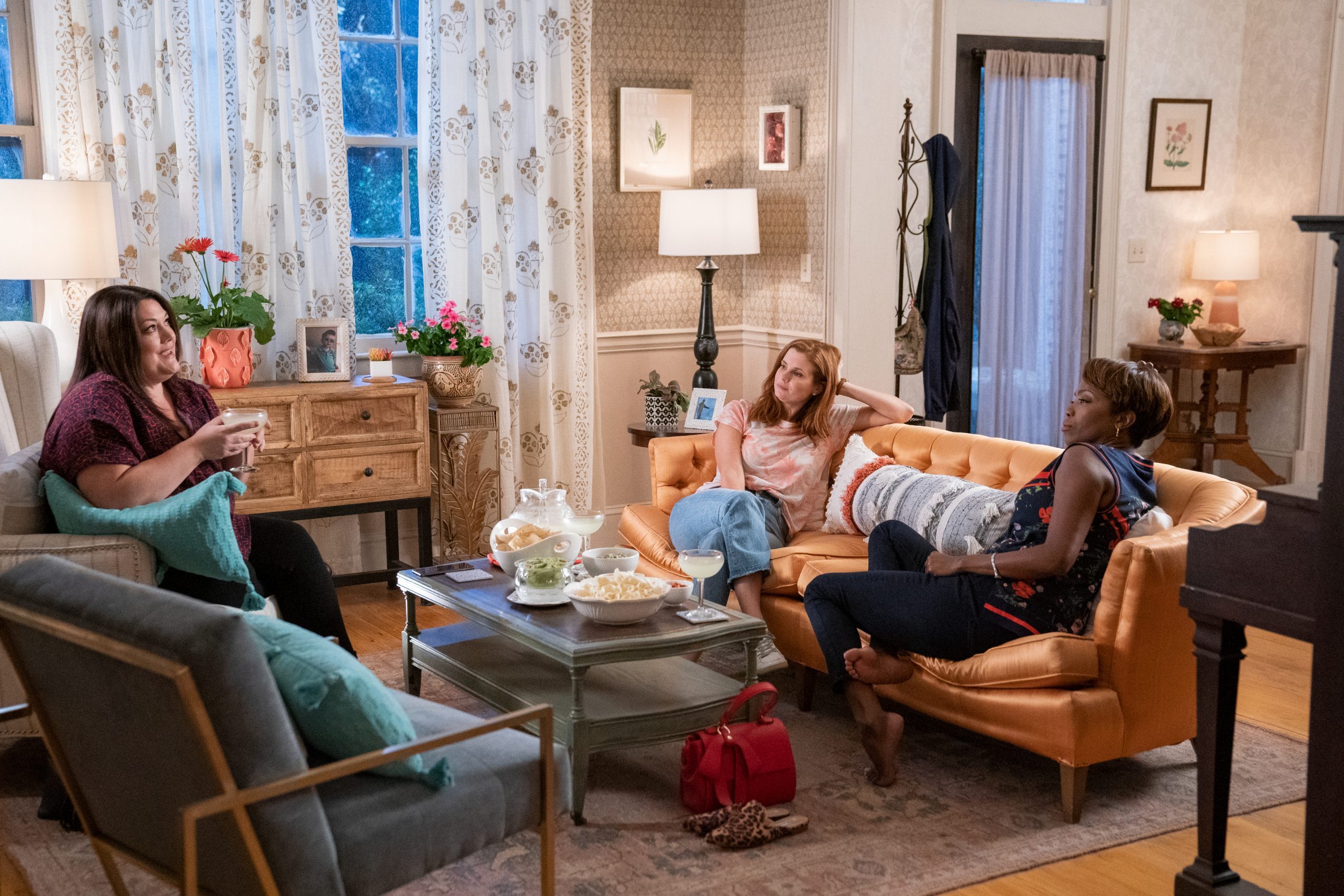 Sweet Magnolias has relevant and beautiful themes which tug at the viewer’s heart. It shines a beautiful light on Southern culture. The series remains honest about the fact that just because something appears to be perfect, it isn’t. The show had positioned itself at 99th, ranking according to be in the top 10s. This indicates how worthy this show is to watch. If you haven’t checked its second season, then go check it out on Netflix.