From portable products for fitness to even keeping your mental health fit. Products making your food fun and things handy, we wonder what's next in Shark Tank Season 13 Episode 10. 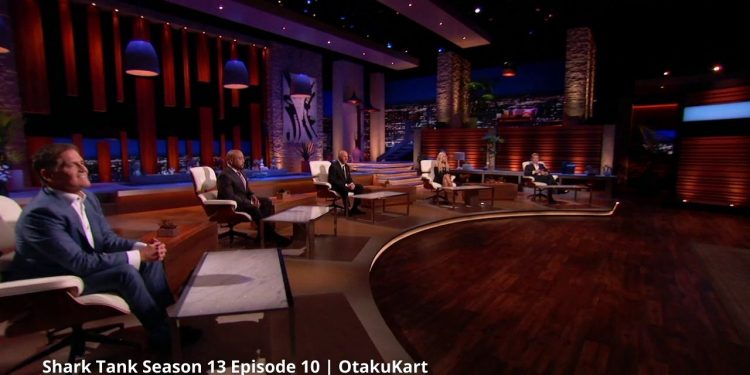 Shark Tank Season 13 Episode 10 might be a little far too stretched but before we move to the same we had quite really good entrepreneurs on the show. From fitness gadgets that are very portable and helpful to tie up anywhere at your house. Then to coming at ideas mental fitness. Eating bananas has never been fun until a recent product introduced on the show allowed everyone to the core and stuff inside it. Lastly, a product that works like an octopus and cancels all the selfie sticks and handles.

The deals were quite intense with one of the entrepreneurs almost ignoring Daymond’s million-dollar deal. Something that surely pissed Daymond out to the point he decided to back out. Then there was a product which the sharks didn’t see potential in. This even resulted in one of the sharks being rude. Lastly, a guy with debt literally came with $39 in his bank account to sell his product. Here is a quick look at what went down.

Previously on Shark Tank Season 13, we opened up with Nezar who introduced the Sharks to MaxPro’s extremely versatile and portable cable machine. It gives 5 pounds to 300 pounds of resistance. Ready and easy to use the equipment. With that a MaxPro app also provides analytics. For $500,000, Nezar wanted to offer 2.5% of the company. The Sharks noticed that MaxPro doesn’t have money to spend on advertising.

Daymond was interested but he wanted Royalty. Nezar kinda ignored it and questions about the need for the app came in. Mark Cuban had his own deal much like what Nezar offered to Shaq and Nezar pushing Daymond away resulted in him backing out. In the end, Nezar shook hands with Cuban. Next up, we had Renee Heath and Bechara Jaoudeh introducing the Sharks to Banana Loca.

So, Heath and Becahra’s Bana Loca were looking for $250,000 in exchange for 25% of the business. So Banana Loca is the first kitchen product that allows you to core and stuff a banana while it’s still in its peel. After walking through the product, some sharks didn’t find the product investable. Until Cuban offered a deal that fitted in for Banan Loca.

Next up, Liv Bowser came in looking for $200k in exchange for 10% of her company. She introduced the sharks to Liberate which is all about training every individual’s mental fitness. The sharks doubted returns in this and total lifetimes sales didn’t impress them a bit. The sharks believe Liv has to learn a lot through the journey before she could partner up with a Shark.

Lastly, Hanse Dose came in seeking $200,000 in exchange for 10% of his company, Tenikle. Hanse Dose canceled all holders and sticks to introduce Tenikle that can do. A suction mount that allows humans to use tech totally hands-free. Dose came with $39 in his bank account with big debts. Robert was willing to but wanted 60% but 30% deal of $200k appealed Hanse who agreed to it.

Shark Tank Season 13 Episode 10 is releasing on 7 January 2022. There are no official titles or details on what the episode is going to be about. We are expecting more entrepreneurs and influencers looking for the right investment to come to the show to show off their unique products. Let it be portable fitness ones like Nezar’s to taking care of mental fitness of Liv. Even coming to having the best snack like Heath and Becahra’s Bana Loca or the best handy techs such as Hanse Dose’s Tenikle.

Also Read: Which Country’s Motors Are Next On The List For The Grand Tour Season 4 Episode 5?