What Is Toxin In Marvel’s Venom 2? Another Symbiote In Sony’s Universe 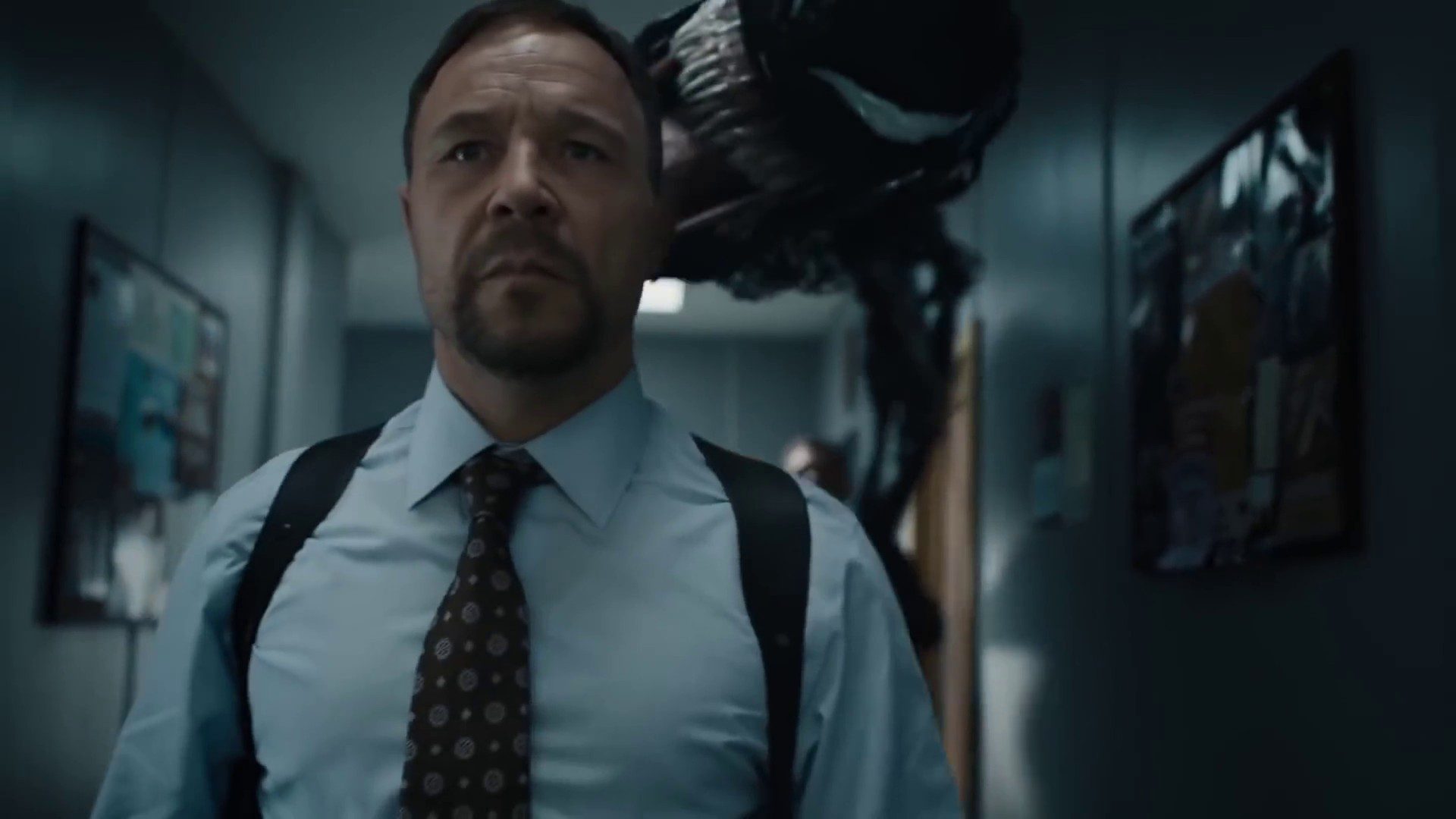 So Venom: Let There Be Carnage is out there in theatres and roaring quite loud at the moment. Let it be from the millions it’s making on opening weekend. Fans are going crazy overseeing Carnage and Venom battle it out. Probably by spotting the easter eggs as well and the question of if there is a connection with the most hyped Spider-Man: No Way Home. Well, that’s a lot to digest, but a question around what is Toxin or who is Toxin in Marvel’s Venom 2 has circulated the internet as well. With the success Venom: Let There Be Carnage is seeing, there is no question there could be a sequel, and everyone wonders if it has to do with this  Toxin.

So the buzz definitely comes from the long-time Marvel fans and not the regular cinema-goers. They were quick to cross out a key character that appeared in this film. A cop who was evident throughout the film, including its ending. What fans noticed was that towards the end, the same cop glared blue eyes and referred to it as the arrival of Toxin. So anyway, here we are taking a look at what is Toxin from Marvel’s Venom 2 by taking a history lesson from Marvel Comics and what we know about it.

What Is Toxin In Marvel’s Venom 2?

So, with Toxin, everyone around is referring to another symbiote that had its own easter egg in Venom 2. A tease that Toxin may end up becoming the next villain in an unannounced potential Venom 3. This comes from the character Detective Pat Mulligan who appeared in the movie and was a prominent character by the ending of it as well. So Cletus Kasady, aka Carnage, was hosting his wedding with his love Frances Barrison a.k.a Shriek. Detective Pat Mulligan and Eddie’s ex Anne had to join the wedding. All of this bring Venom walking into a trap.

So as the battles began, all Frances wanted was to take revenge on Mulligan for shooting him in the eye. At one point in the fight, Carnage accidentally hits Frances, thus leading to the breaking of the bond between him and Cletus. Chancing upon the same, Eddie and Venom attacked and destroyed Carnage and Cletus once and for all. Post Pat Mulligan’s fight with Frances, Mulligan went on to reveal his blue eyes that hint of the arrival of Toxin.

Here is a thing about symbiotes, they tend to produce offspring asexually when they feel threatened. So probably during the battle with Venom, somewhere in the middle, Carnage may have seen his end coming leading to him giving birth to Toxin. This same may have come across Mulligan, who becomes the first host, much like in the comics. So if Venom 3 happens, Pat Mulligan would serve as the villain Toxin, who is born out of Carnage. How is Toxin born in Comics? Well, let’s see what they tell us about him.

Who Is Toxin In Marvel Comics?

So in Marvel comics, too, Toxin is basically the grandson of Venom and the offspring of Carnage in Marvel Comics. He is the 1,000th symbiote of their line. Also, once again,  it’s Detective Pat Mulligan who becomes the first host to the symbiote. So here is how it goes. This will take us to the comic book Venom vs. Carnage No.1. The first time Pat Mulligan appeared in the Marvel comics. During these events, Carnage was certainly pregnant and about to produce offspring who may turn out stronger than him. With Jealousy and rage in his mind, he was determined to kill the symbiote the moment he was born.

Amidst all of this, Carnage found himself battling against Venom, who disagreed with Carnage. Venom wanted to raise him to be a better symbiote. In case there is no one to raise him, this new symbiote may go on to become psychotic and violent because of genetic breakdown. Meaning to turn out like what Carnage is.

During the birth of this symbiote, Pat Mulligan, a troubled cop with a stressful job and pressure of growing a family, was right around the site. That’s when Carnage and Mulligan crossed paths, with Carnage confronting Mulligan. In order to keep the new symbiote away from Venom, Carnage made Mulligan the host with a warning that he would kill him if he became stronger. That was until a weak Carnage runs away from Venom. What Mulligan doesn’t realize is a symbiote on the back of his neck that has started its process of bonding.

Venom later tracks down Mulligan, followed by Spider-Man. Amidst their discussion, Carnage, with full strength, intervenes to kill Mulligan. But Venom ends up fighting him and also declaring that he will be calling the new symbiote ‘Toxin’. After Mulligan’s pregnant wife gives birth to her child, Mulligan is back on duty, where he starts recognizing his enhanced powers. It was just a matter of time he transformed completely into Toxin and beat Carnage and Venom on several occasions.

In the future, Pat Mulligan will use his powers for good after he had that speech from Spider-Man. He goes on to leave his family as he can’t handle the pressure of being a superhero and continues to struggle to be Pat post that. Taking the form of Toxin, Mulligan has gone on to join Avengers and even went on to have stable control over himself.

How Old and Tall are Demon Slayer Characters? A Complete Summary