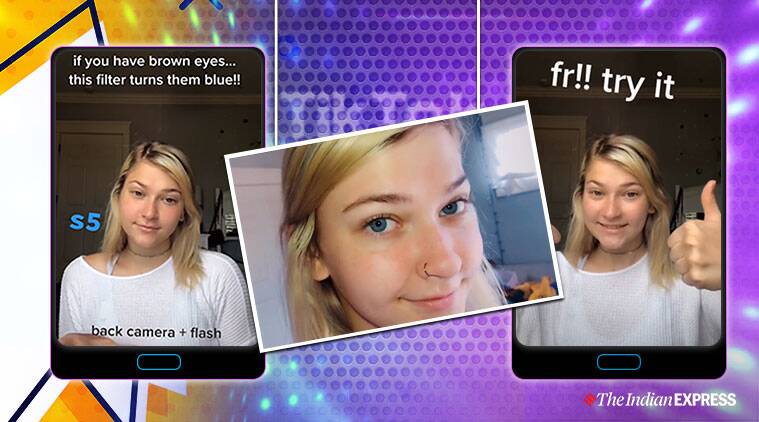 With nothing much to do in the partial quarantine, a new trend on social media has risen up. The S5 filter and the trend of appreciating the beautiful eyes one has are now raging on social media. In recent years photo filters and TikTok has become quite popular. It has also been the reason for the rise of various trends. From people doing a mini dance to telling controversial stories or trying new things out. TikTok is the go-to app for a lot of people. After the rise of filters on Snapchat, the app hasn’t been quiet either and presented a lot of filters to its audience. The filters are realistic. They can actually alter the facial or body feature if used. It can get hard to tell the similarity between the picture and the reality.

These filters get an update daily. They are also the reason for new trends and challenges on TikTok. Along with the filters, the social media app also gave a chance to under-appreciated songs and artists. Over the course of last year, a lot of musicians and other artists have risen up and gotten popular because of the exposure they got through the app.

What Is the S5 Filter and The Trend?

The viral trend is also known as the ‘true eye color’ trend. The trend captures the people looking into the back camera of their phone to click a picture. With the use of the S5 filter, the eye color would change to the ‘real color’ in the picture. To follow the trend, a back camera is much preferred instead of the front camera. With the use of flash and the filter in the video, the eyes will turn blue in color in the recording. The filter uses AR (augmented reality) technology that changes the eye color.

How Did The Eye Trend Start and Did It Actually Work?

The trend was first started by the TikTok user Maliabroon. She posted a video on the app where she used the S5 filter. The filter changed her brown eyes into blue eyes. Her video got 11,000 likes on the app. A lot of people on the app used the filter to follow the trend. But they were left unhappy as the filter didn’t actually work. Some people did say that the filter worked, and it showed them their true eye color. But on the other side, a lot of users said that it doesn’t work. One user even commented that the filter didn’t work even a bit, but now the flash has irritated their eyes. Other users also complained about the flash blindness they got because of the trend.

Later it was revealed on the app by other users that Malia originally has blue eyes and used another filter to make her eyes brown. In real the filter is supposed to give a blue hue to the picture in general and not to change the eye color completely.

Before and after s5

How Can We Use The S5 Filter?

Also Read: How to Do The Loyalty Test on TikTok – Full Guide

Are Trends on TikTok Harmful?

Every other week or month, people on TikTok would come up with new trends targeting different body parts. Different trends revolving around either eyes or lips or face structure or body shapes etc. Although some trends are positive and appreciate different body types and features. Some trends turn out to be harmful to the person’s health both physically and mentally. This trend itself had people putting flash directly in front of the eyes to change the eye color and suffered flash blindness. Other harmful trends include trends like nutmeg challenge, scalp popping challenge, back crackling, etc.