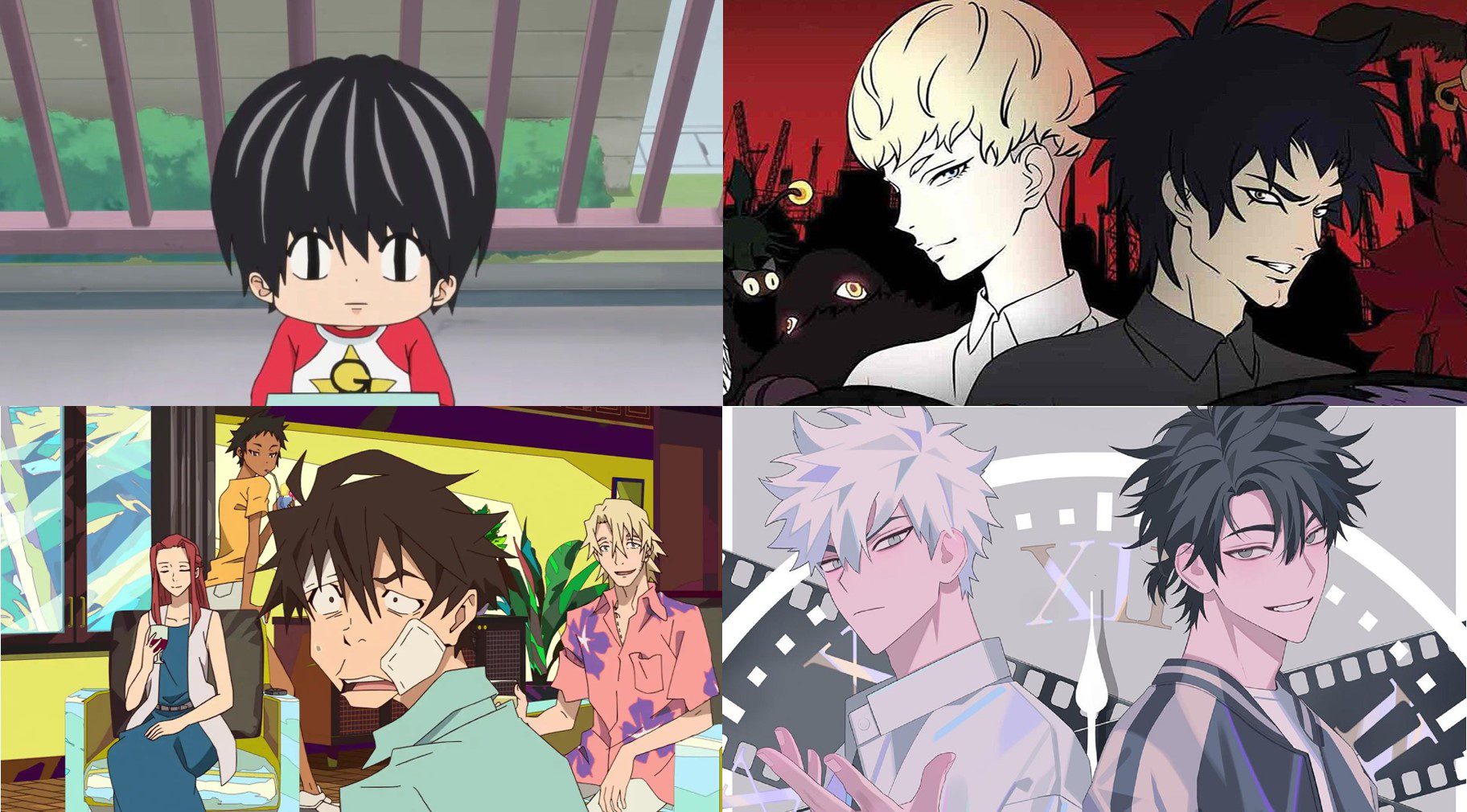 The best thing for all Otakus is that the anime world is always active. This way, we keep getting content, year after year. Not only this, but the anime community grows as well each year. As new anime watchers, you may have come across various anime terms and concepts that you definitely had to look up to know the meaning behind them. One such term is ONA. The meaning of ONA in anime is something not really important when it comes to random anime watchers. However, if you’re deep into the anime world, you definitely are someone that would like to know where your favorite shows originate from. Below mentioned is the answer to the meaning of ONA in Anime, as well as five anime ONA.

The term ONA previously was only used for trailers and short anime shows released on online platforms, especially YouTube. However, as mentioned above, there have been more ONA series coming out because of the vast range of platforms available.

What Is The Meaning Of ONA In Anime?

These days anime is more accessible on online streaming platforms like Crunchyroll, Funimation as well as Netflix. This is why production companies find it best to release anime directly on these platforms without streaming it on TV, thanks to the internet. Thus, we call an anime series ONA when they are distributed directly to the internet. The full form of ONA is Original Net Animation. Web Anime is another meaning of ONA in anime. However, an ONA can be later distributed on TV channels once they have been out on the internet. The anime world has various ONA, and we are pretty sure that the list will grow more in the coming years. Below mentioned are 5 ONA series.

Also known as Shiguang Dailiren, Link Click is one of the best short anime series created, in my opinion. It not only introduces us to an intriguing world but also introduces us to some of the most interesting characters. This series contains eleven episodes produced by Studio LAN. It first aired on 30 April 2021 and ended on 9 July 2021. Link Click focuses on supernatural themes that revolve around time travel. It is an anime that is capable of getting its audience hooked on its story right from the first episode. Not only this, but being an ONA Donghua, which means Chinese Anime, it is very visually pleasing to watch the show because of its art style. 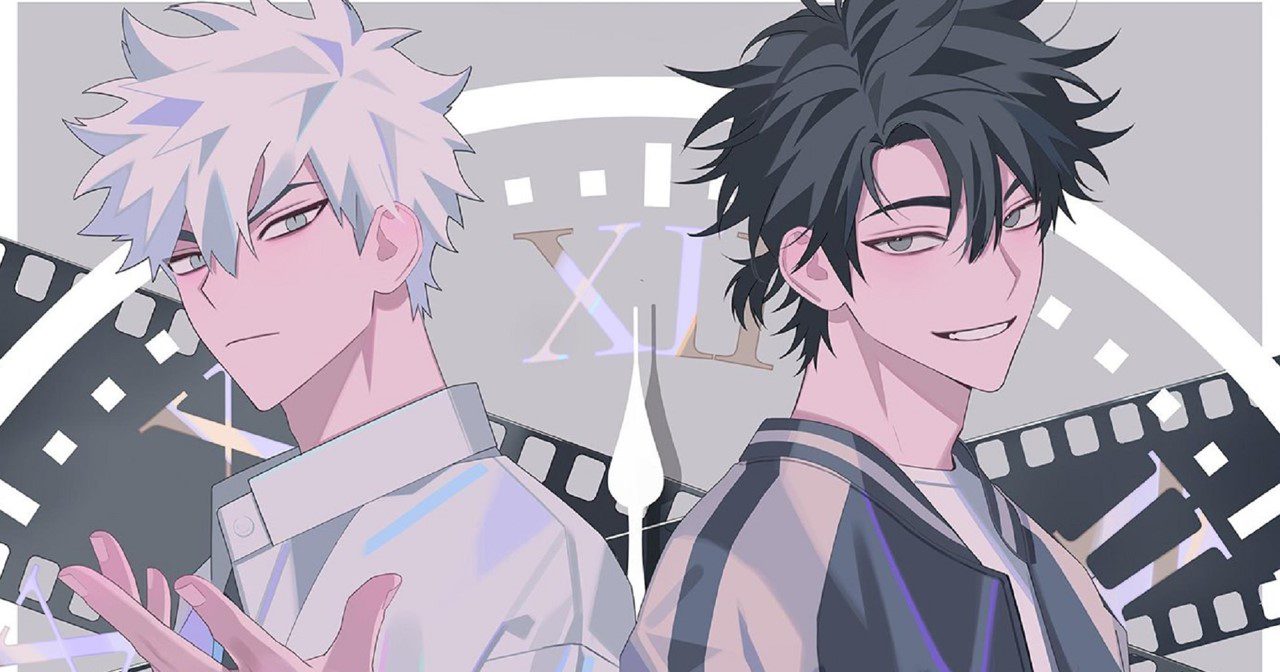 It tells us the story of a shop called “Time Photo Studio” where two friends carry out interesting jobs. Cheng Xiaoshi and Lu Guang have the ability to jump through photos that are brought to them by their clients and take requests to help them out this way. However, since these photographs are from past events, they cannot do anything that could cause the future of the person to change. No matter how difficult it is, they must try their best not to act on their feelings of the moment and just get the job done without messing things up.

Another ONA anime with a unique art style and a crazy story is Devilman Crybaby. Created by the studio Science SARU, this ONA focuses on many Gore and Supernatural themes. Its first episode aired on the 15th of January 2018 and has 10 episodes. 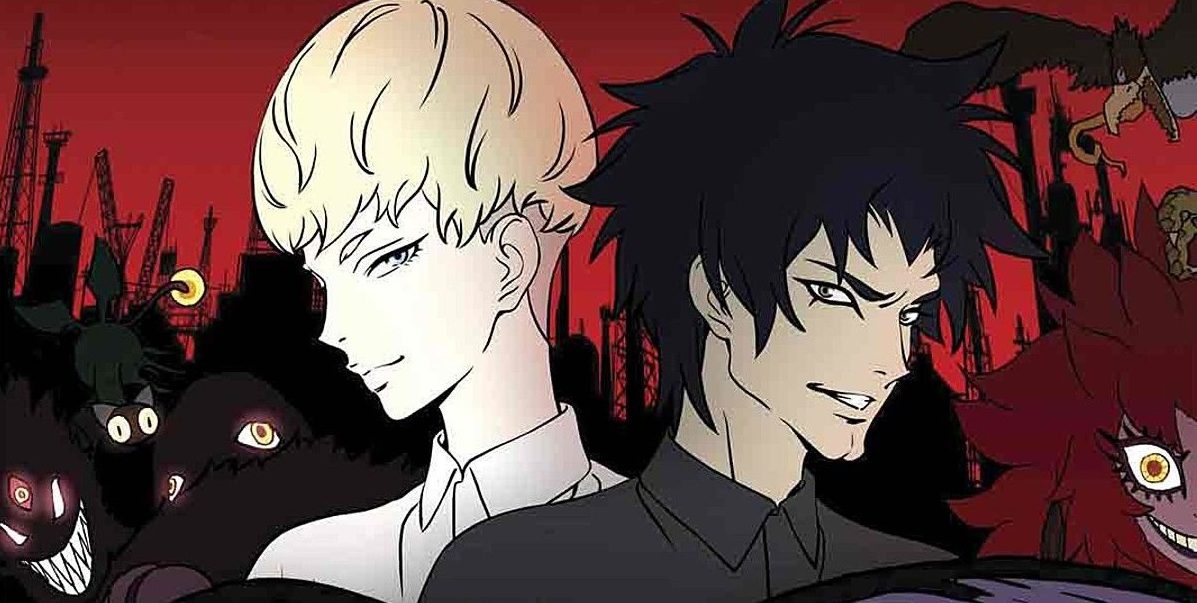 It tells us the story of Akira Fudou, who is very softhearted. His childhood friend Ryou Asuka one day takes him to a party called Sabbath. Things get crazy here as everyone at the party is suddenly possessed by demons, and in order to save his best friend, Akira merges with Amon, a demon, and becomes a Devilman. Although he manages to save Ryou, he now has to deal with being a Devilman yet a crybaby.

A very interesting series to watch with street smart characters is the ONA Great Pretender. The anime came out on 9 July 2020 and ended on 17 December 2020, containing 23 episodes. Created by Wit Studio, this ONA falls under the action and adventure genre, which plays around with many psychological themes. 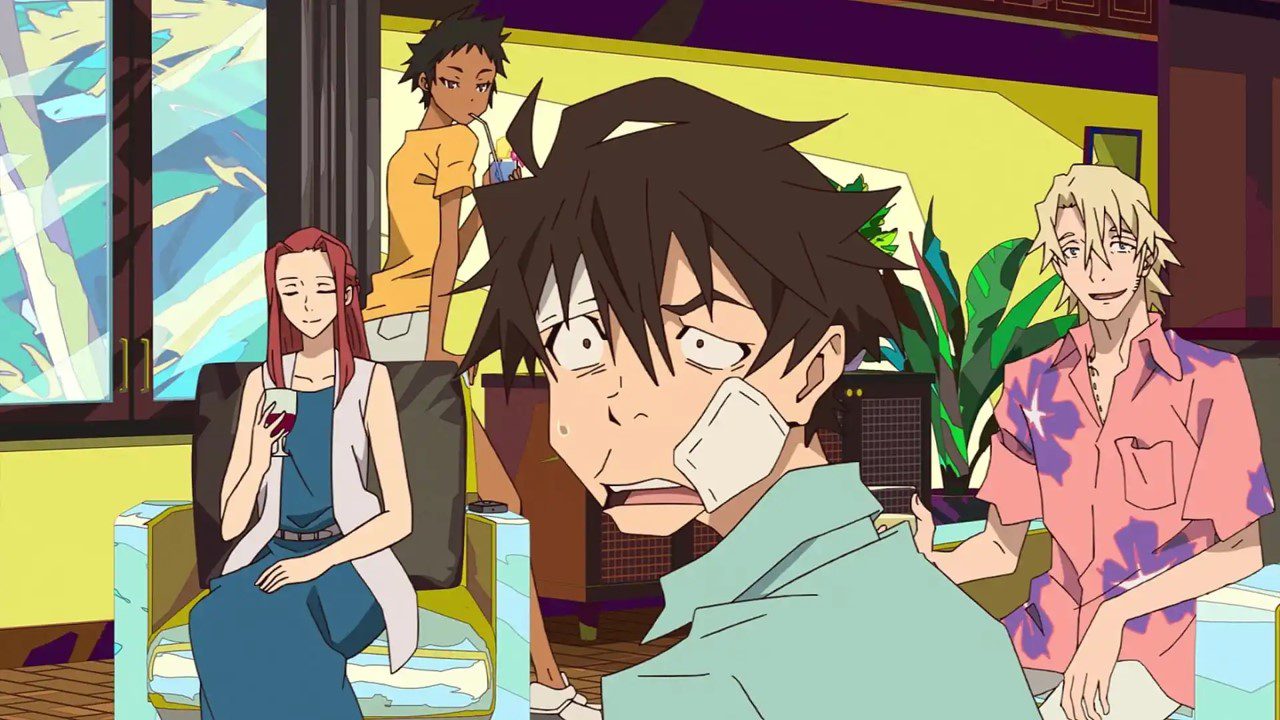 It tells us the story of the self-proclaimed best street scammer Makoto Edamura. Coming from a sad background, he decided to become a swindler, and things were going great for him until he pickpocketed the wrong person. This person, Laurent Thierry, then decides to play around with him to get what he wants. The story, thus, tells us about the adventures Edamura is forced to go on by Laurent and his gang.

An ONA anime that is capable of making you laugh as well as make you cry randomly is Kotaro Lives Alone. This slice-of-life ONA was created by LIDENFILMS, and it premiered on 10 March 2022. It tells us the story of a four-year-old boy named Satoou Kotaro who lives alone in an apartment. His neighbor, Shin Karino, is a budding mangaka, often is concerned about him, and in turn, they create a special bond. Together, along with their quirky friends, they face many challenges one by one. 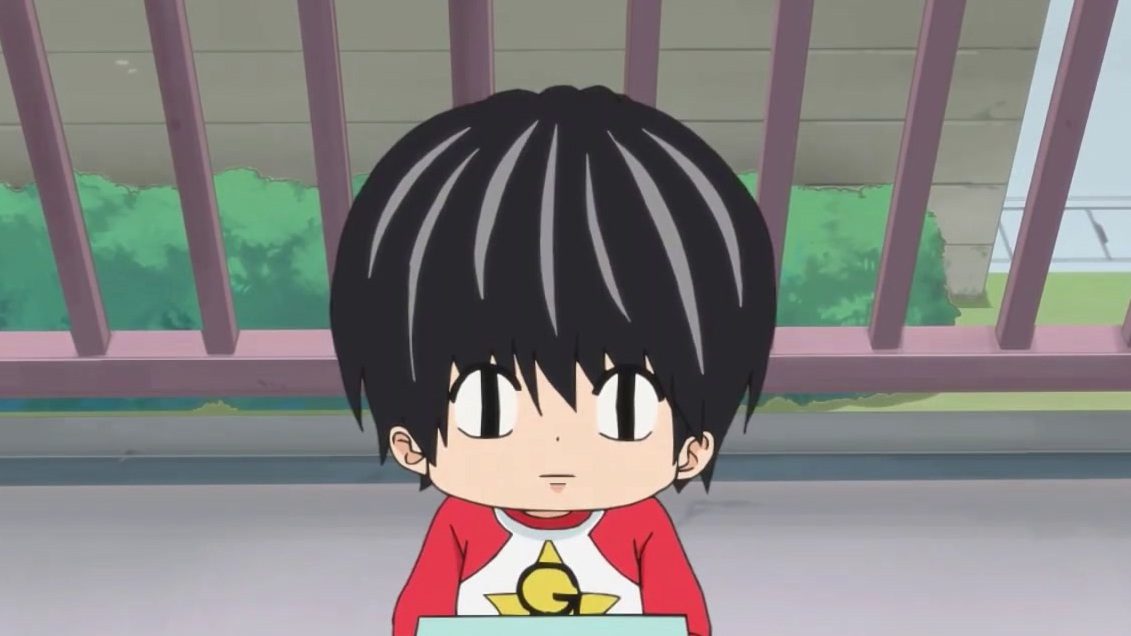 Finally, the latest ONA that was released is the animated film Bubble. It was created by Wit Studio and released on 28 April 2022. Bubble can be considered one of the best anime films when it comes to visuals. It introduces us to an absurd world where gravity works in a mysterious way after a deadly explosion at the Tokyo Tower. Thanks to this, the city of Tokyo is completely inhabitable. 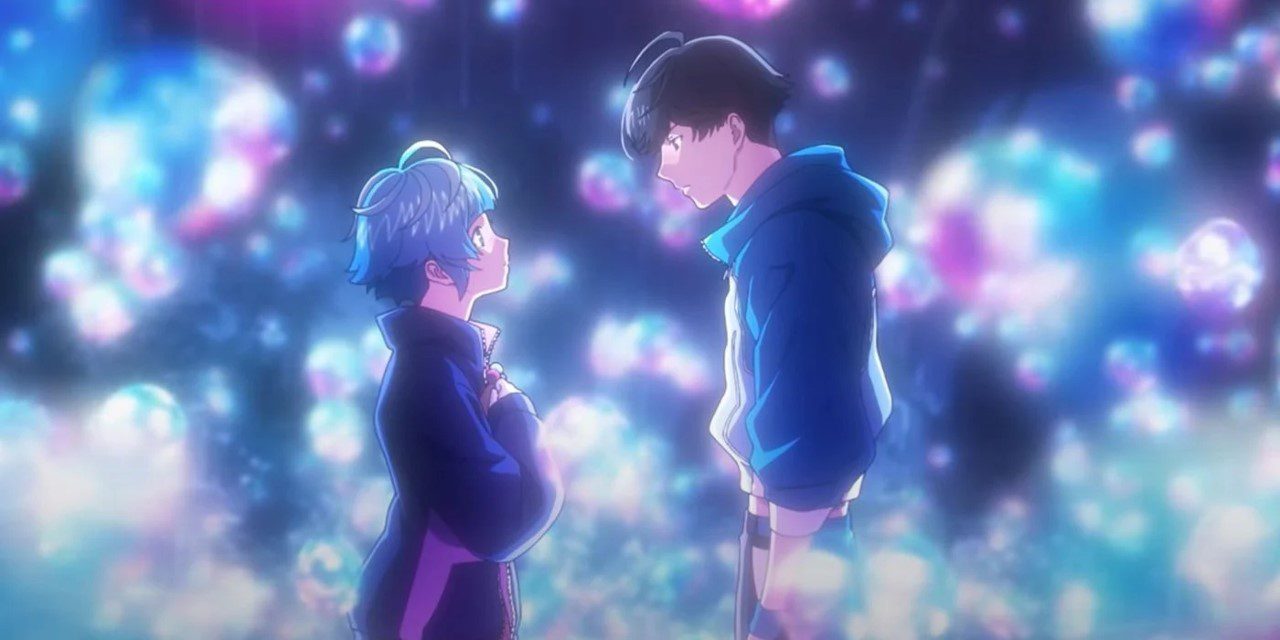 Although the people were forced to evacuate the city, it did not stop kids from having fun with these floating architectures. They held parkour races and tournaments and enjoyed themselves. The main character of the film, Hibiki, is skilled with his abilities in parkour. Another aspect about him is that he can hear a song coming from the tower. Things get beautifully messed up in his life when he meets Uta, a bubble.