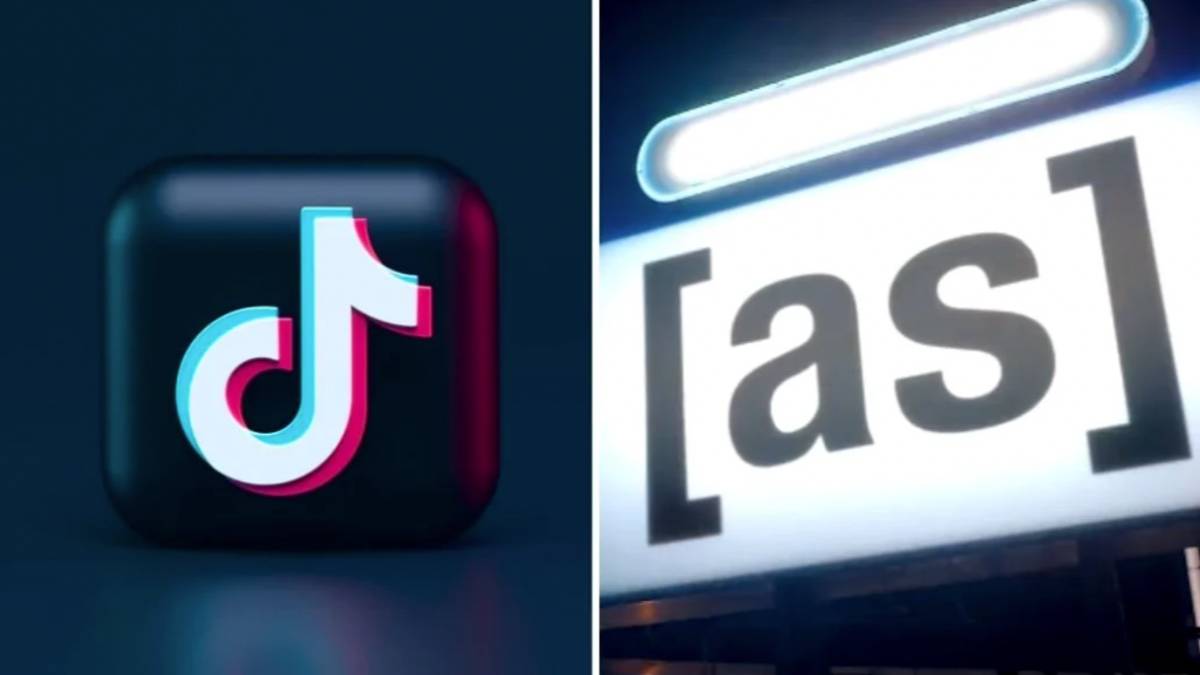 What Is The [as] Trend On TikTok? If you are a TikTok fan and have been using the platform, you may have come across TikToks with “[as]” appearing at the end of the video. While many already know what the trend means, several are left hanging. Many TikToks are started out on a whim, and they blow up. Soon enough, you can see them everywhere, but if you happen to be not in the loop, chances are, you have no idea what is going on. So, here in this article, we will be covering the [as] trend on Tiktok.

The [as] in the Tiktok Trend is the adult swim logo. Adult swim is an adult version of Cartoon Network that starts late after all the kid’s shows finish airing. This was a late-night spot between 8 pm, and 6 am. Popular shows to air in this time slot of Cartoon Network include Rick and Morty, King of the Hill, and Bob’s Burgers. While the adult swim section does take place in Cartoon Network itself, it starts by notifying the viewers through bumpers. Here, there is an indication that adult swim was about to begin. Additionally, some videos showed everyday events, but you can see an adult swim logo hidden in the frame at the end of it. There would also sometimes be funny or inspirational texts that appear on the screen as well.

What Is The [as] Trend On TikTok?

This trend strives on the moment of suspense as viewers try to spot the [as] logo. Unlike many TikToks that essentially work on people showing off their bodies or something their own, these TikTok videos actually take effort to think and create. People use several props, clothing, food, plants, and whatnot to create their version to be unique from others. And watching these only leads to other people getting inspiration for their own version of the trend. Even adult swim themselves have approved the trend as they acknowledge their existence. Furthermore, they thank people for this homage and have made their own version to put up on their social media accounts.

Also Read: How To Do The Beer Poster TikTok Trend With Your Phone – No PC Method!

How To Make Your Own [as] TikTok?

To make your own version of the [as] TikTok, you must remember a few aspects of the advertisements. The first thing you must make sure of is to find the appropriate music. The music used in the ad was called Running Away by VANO 3000. This song is available in TikTok itself, or else, you may even download it separately if you wish to make your video outside of TikTok.

The second thing to remember is the adult swim logo. While many make use of the standard texts available in TikTok itself, others go about it creatively. Many have made use of their environments, while others have used gadgets and such to reveal the logo. This logo need not necessarily be just [as], but can also spell out the whole logo as [adult swim].

Lastly, you can have an inspirational quote or funny message in your video. While this is optional, texts have made such videos more engaging. You can make the video in TikTok itself through your phone. Or else, if you happen to have an overly complicated idea, you may even make use of an external editor application.

Also Read: What Is The Black TikTok Strike? Everything You Need To Know