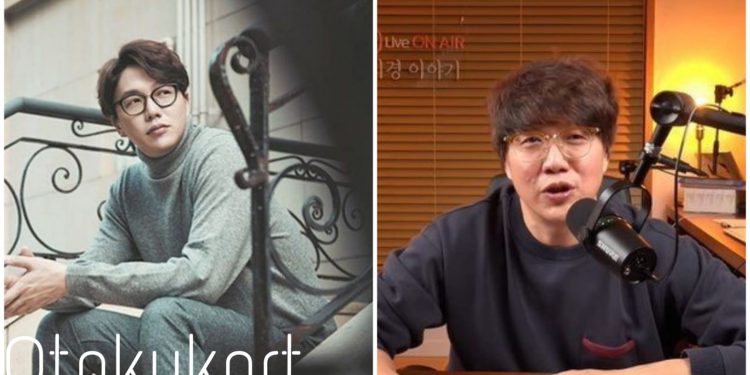 Singer and television host Sung Si Kyung has been in some hot water lately. After some anonymous noise complaints from a disturbed neighbor online, Sung Si Kyung is being bashed by the internet. What is Sung Si Kyung’s Controversy? This is not the first time Sung Si Kyung has been accused of something, bringing up his accusations from some time ago. When almost two weeks ago, Sung talked about the “historical distortion” controversy surrounding Kdrama Snowdrop in the past. He was asked to sing the OST for “Snowdrop,” starring Jung Hae In and Jisoo of Blackpink, when he stated his opinions on the plot of the show.

Another instance of when Sung Si Kyung had fingers pointing at him is back in June when he had apparently stalked and gaslit a woman. The victim had taken to the internet to anonymously report the others of what he had done before he addressed the case himself on his Youtube channel.

Sung Si Kyung is a well-known ballad singer and a talk show host for a variety of different shows. He debuted in 2001 and currently has a total of ten albums released. Eight of the ten are in Korean, while the other two are in Japanese. His first album, “Like The First Time,” was a hit and won him the award for “Best Newcomer Singer” of that year. He had released six albums before his military service time. He has hosted and had special appearances in a lot of shows. Some of these include 2 days and 1 night, The Voice of Korea 2020, On and Off, Duet Song Festival, Witch Hunt, Vocal War: God’s Voice, Battle Trip, and others.

What is Sung Si Kyung’s Controversy?

In an online community where a person was posting complaints about an unnamed celebrity, another person chimed in, stating complaints of their own. They said that a certain celebrity S would simply not abide by the rules of the apartment complex they live in. Despite the number of official complaints made towards the singer, the complaints were never taken seriously. The neighbor was presented with cakes and other forms of bribes in hopes of the complaints being toned down. The name of the celebrity was never revealed by the neighbor, although they had used certain hints to point to the person. They stated:

“Your [situation] is totally similar to mine. Singer S lives in the apartment above mine, and every day, their feet are like hammers going boom, boom, boom, and right now they’re playing really loud music.”

The complaint was with relation to the apparent noise made by Sung Si Kyung in his apartment.

The neighbor had even tried using the Singer’s actions against them by knocking on the ceiling, which seemed to work, but not for long. The loud music would continue playing, and the foot-stamping was just the same. The commenter was fed up to the point of exhaustion when they had even considered calling the cops on the neighbors above. And they even started their frustrations and said that every time the celebrity would come on screen, they would feel like breaking the television screen.

After some speculation and digging by the members of that community on the comments made by the complaints, they realized that the accused celebrity is none other than Sung Si Kyung himself. Upon the complaints being spread on the internet and being asked to take responsibility for his actions, Sung Si Kyung released a statement on his Instagram account.

He said that he was troubled by reports that stated things like “I have nothing to say” and “I’m moving soon,” which is why he decided to finally speak up about these allegations. Sung Si Kyung said he would never say something of that sort and that he personally went to apologize to his neighbor. Si Kyung expressed his sincere regret and pledged to be more careful in the future. He said that the neighbor accepted his apology, to his relief.

The hard-working members of my band were going to go to a restaurant, but because of COVID-19, I made dinner for them at home instead. But our mistake was listening to music together on YouTube late at night using my first-floor TV.”

This statement was given out by Sung Si Kyung as explained how because his band members came in, he had no other option than to play YouTube videos on speakers rather than his preferred option to play them with headphones on.

He referred to the complaint where his neighbor had said that they could hear his TV all the way to their apartment. Sung Si Kyung said he does that so that the noise isn’t amplified. He also said that since he is a singer himself, he doesn’t listen to music every day.

The singer said that he had put pads on the bottom of his furniture in order to prevent excessive sounds. He has even started wearing slippers in the house and walks on his heels, and that he tries to stay on the second floor of his apartment to further stop any extra noise formation. Sung Si Kyung promised his neighbor and assured his fans that he would make sure to not cause a commotion.

Apart from this statement, Sung Si Kyung had released himself, his company released an official statement as well. The statement spoke about how Sung Si Kyung apologized to his neighbor and how the person had accepted his apology as well.