What Is Oberon Day About? 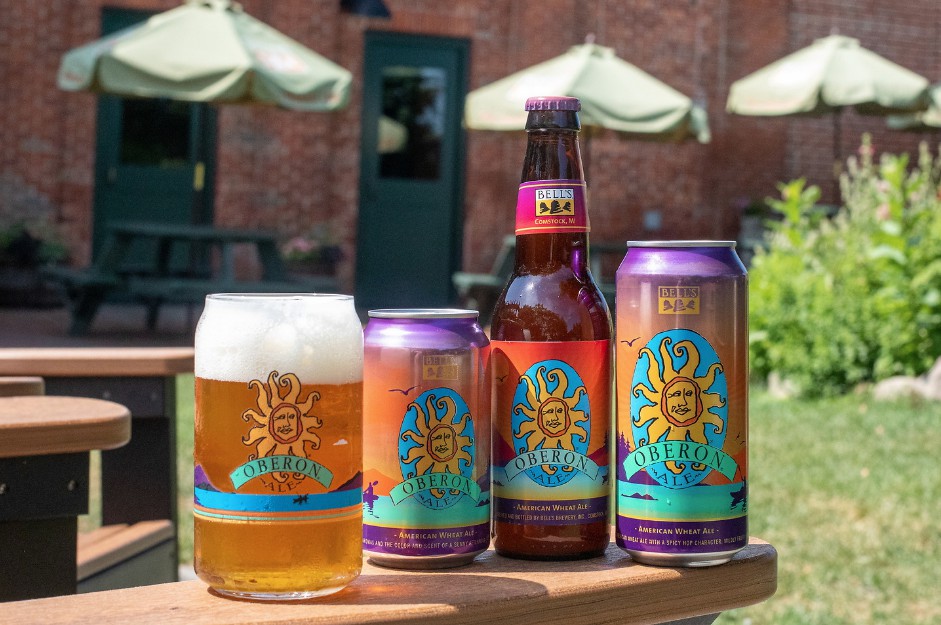 So if you refer to the internet right now, Oberon Day is currently one of the most trending topics. It is getting quite an attention right now. So in case, you don’t what this festival is about, here we are breaking down everything you need to know about it. Plus, why is it trending right now. So basically, Bell’s Brewery Inc. which began in  1985 is behind the existence of Oberon day. It is known for better beer and a 15-gallon soup kettle. The company has grown since 1985. Oberon Day is a festival the company is celebrating for years by releasing people’s favorite Oberon beer.

Last year, Oberon Day got canceled amidst of Coronavirus pandemic. People missed the festival heavily and looking forward to it. The question remained if it will return for 2021 or not. Recently, Bell’s Brewery cleared the doubts. They announced that Oberon Day is indeed returning. So let’s start by taking a look at the release date for Oberon Day and how will it go this year.

Also Read:  J-Rod Breakup: The Marriage Is Called Off

The scheduled release date for Oberon’s Beer is Monday 22nd March 2021. The Beer officially left the warehouses on the 18th of March 2021. Much like last year, if you leave this weekend, you may already see the beer on the shelves of the stores. So if you are looking towards it, go out and check into your local bars right now. So apart from that, yes there will be celebrations. But unlike every time, limited due to the fact there is a pandemic we are going through.

Bell’s Brewery is hosting a celebration on the release of Oberon. The cafe and Bell’s General Store will both be open. They will celebrate at Eccentric Cafe in Kalamazoo, Michigan. The celebration for Oberon Day began at 11:00 a.m. and will end in the evening at 9.00 p.m. Only limited seats have been arranged. Fans can also participate from home. There will be a virtual event broadcast live from Bell’s too. It is called”Wake Up With Oberon!”, and would broadcast from noon-1 p.m. By the end of September, the Oberon Beers will be distributed throughout the United States. It will be available in cans, bottles, and on a draft where Bell’s products are sold. Only with the exception of Florida and Arizona. Here it is available for year-around.

Apart from the regular celebration of Oberon Day. There is much more to offer from Bell’s Brewery. There are Oberon-inspired food specials. Three specialty Oberon variant beer options are added. Fresh Oberon will be available in cans and bottles. Also in crowlers and growlers. People celebrate at home and watching the broadcast can order beer and food online or can pick up. For further information on Oberon Day and its broadcast, you can visit Bell’s on social media including Facebook, Instagram.

So, everyone’s favorite Oberon Beer might claim victory and popularity. This doesn’t mean eyes are taken away from Bell’s newest beer. We are talking about Bell’s Juicy Gossip. It is the latest specialty coming from the company. The drink is a mix of juicy Pale Ale with a soft bitterness. Then some added fruity, juicy hop character with some tropical notes.

Bell’s Juicy Gossip was released last fall. It released exclusively as part of the Jingle Bell’s Holiday Variety Pack by the company. According to the president and founder of Bell’s Brewery, Larry Bell, there were a lot of gossips about the drink. So they decided to bring it back for another round this year along with the Oberon Beer. The year 2021 will see Bell’s Juicy Gossip releasing in 12 oz bottles, six-packs, and drafts. The beer is already available in various locations in the United States. Shipping had started way earlier. So check in your local stores. If not, you will definitely find it at Beall’s General Store in downtown Kalamazoo.

At The End Of Day

Bells’ Brewery has made its reputation for years now since it started off in 1985. Since then, their dedication has provided us with flavorful, unfiltered, quality craft beers. Plus they have grown in more than 43 states now. This also includes Puerto Rico and Washington DC. Everyone missed the celebration of Oberon Day last year.

Although the beers were already available in stores in the March of 2020 last year. The pandemic hit a huge pause button on the celebration. But things are now getting a little in control. Step by Step. So Bell’s Brewery is bringing back Oberon Day with the release of Oberon Beer is quite a safe and efficient environment. Till then, stay tuned to Otakukart for more updates revolving around the entertainment world.

New Pokemon In Pokemon Go And The Charge Up Event

Sisyphus: The Myth Episode 10 Explained and Where To Watch