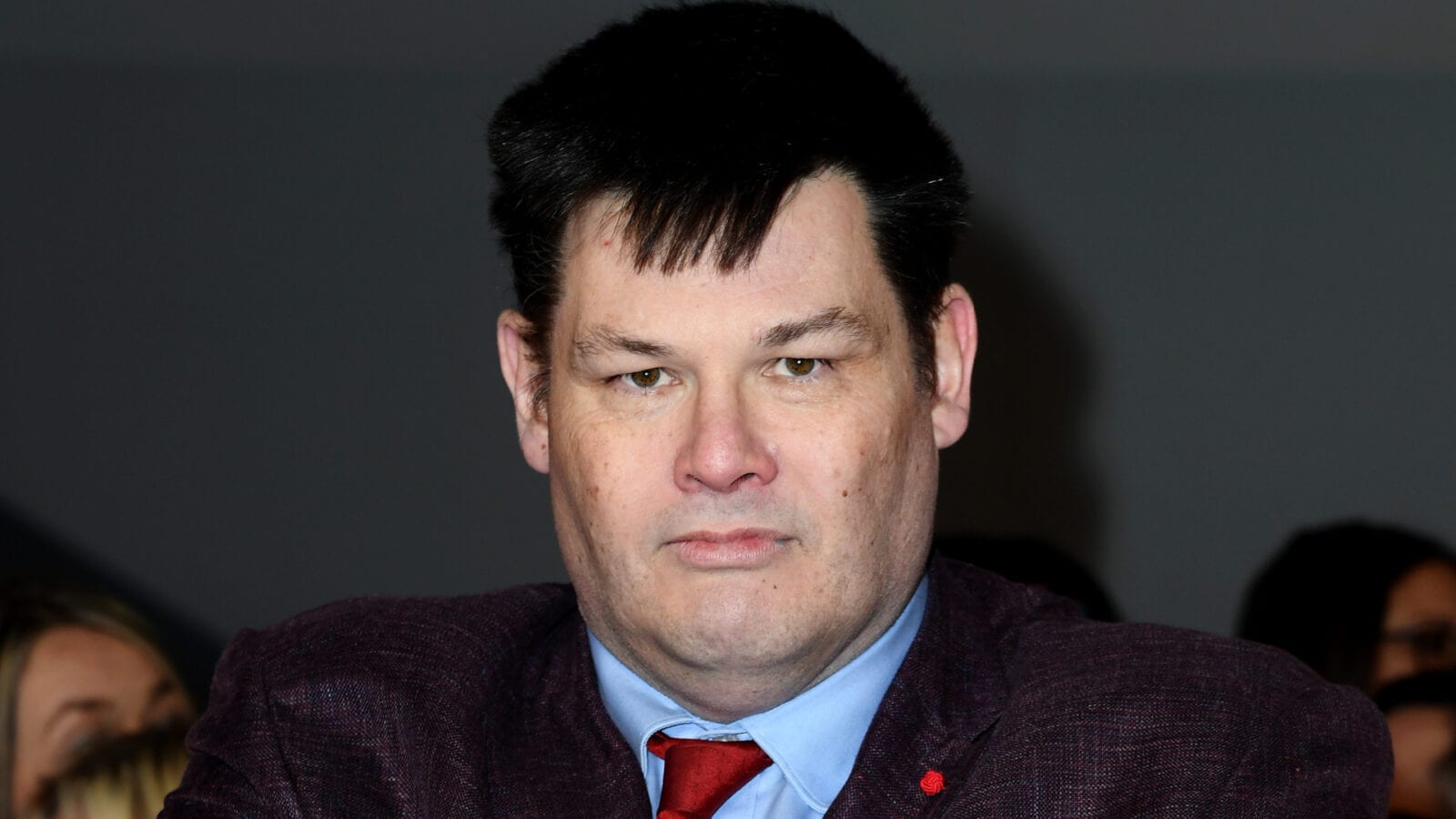 Mark Andrew Labbett is a British Quizzer and Television Star. He is best known for being a “chaser” on the ITV Game Show, “The Chase.” The Chase began in the year 2009 and is still ongoing. Mark Labbett appeared on the show in the years between 2013 and 2015. He was the sole chaser on the American version and one of the 6 six chasers on the Australian version of the Chase. Mark’s nickname on this show is “The Beast.” He has also been a contestant in many other quiz shows and often participates in quizzing competitions. He was born on 15th August 1965. His hometown is Tiverton, Devon. His parents are Jon Labbett and Carolyn Labbett. Mark has two younger brothers by the names of Paul and Phillip. 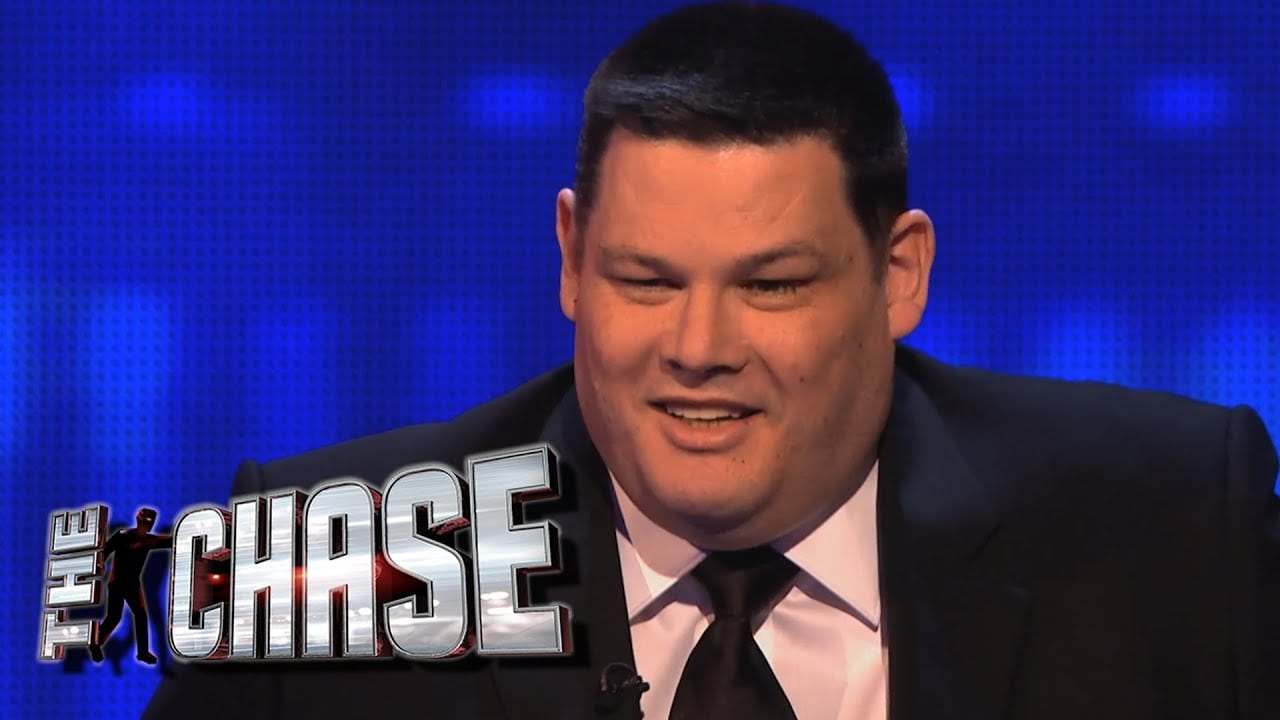 Also Read: What Is Vanessa Bryant’s Net Worth? Career & Earnings

What does Mark Labbett Do: His Career

Before getting into his Quizzing career, Mark Labbett was a supply teacher at Caldicot School in Caldicott, Monmouthshire, South Wales. He taught Mathematics and Physical Education. He started leaning towards quizzing when his teaching jobs led him to work at Butlins holiday camp. Here he used to earn some surplus amount by playing against quiz machines and winning. In 2001, his pub-quiz team went on a weekend trip to Paris after they won in the national Jumbo Quiz competition. 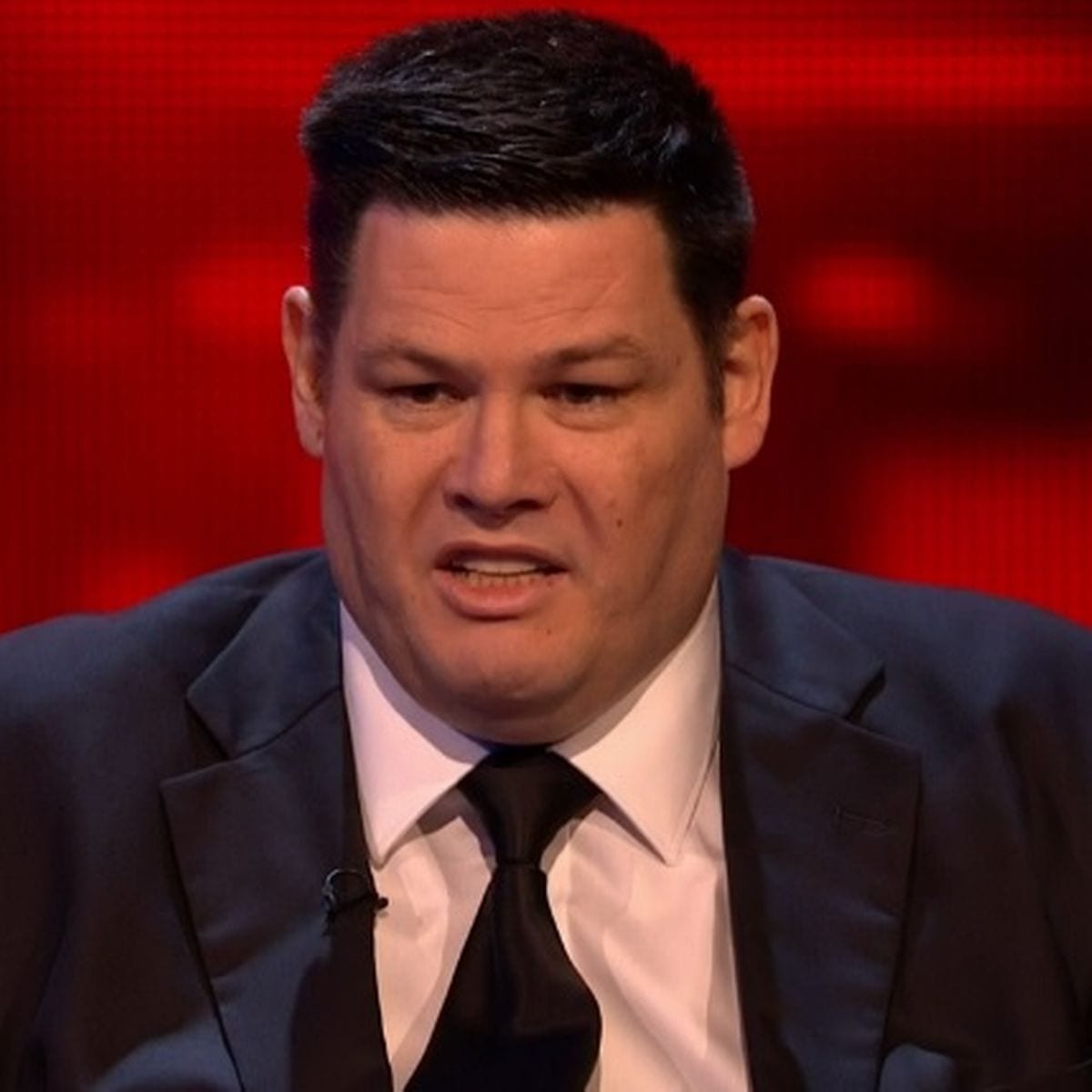 His first television quiz appearance was in 1999, on the show  Mastermind. He chose his expert subject as the Olympic Games. He appeared on Mastermind once again in 2000, with his specialist subject this time being “The Simpsons,” the animated cartoon series. In the same year, he also contested on the Countdown. However, he almost lost his first game because of confusion. His next appearance was on Stake Out, where he was the 2nd contestant to be eliminated in a Face-Off round. He lost against Clive Spate in his first match in the Grand Slam in the year 2003.

Mark Labbett went on to win about  £500 on the show BrainTeaser in the year 2004 and a £1,500 on the show SUDO-Q. On the famous show, Who Wants to Be A Millionaire, he appeared twice, first only up to the fastest-finger-first, and later won the hot-seat. He left after winning  £32,000. He won the same amount in Millionaire Live. As the captain of the Welsh Quiz Team, he won 5th place in European Quizzing Championships. In 2012, he was ranked 89th in the World Quizzing Championships. He announced that he was a producer for New Generation Wrestling in 2016. 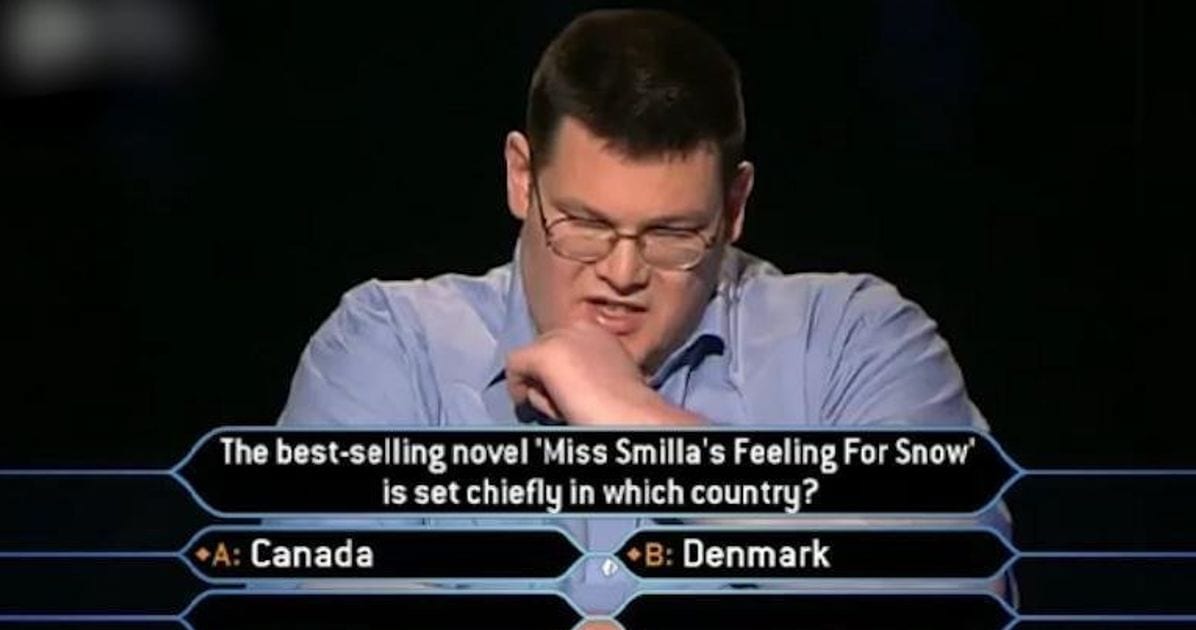 Mark on Who Wants to Be A Millionaire

Labbett has been one of the “chasers” on the ITV quiz show which broadcasts at teatime, called “The Chase.” His nickname on the show is The Beast as Labbett sounds like the beast in French. His weakest subjects are soap operas and horse racing. The American version had more hurdles for him as American game shows allow far more talented contestants as compared to Australian and British contestants. 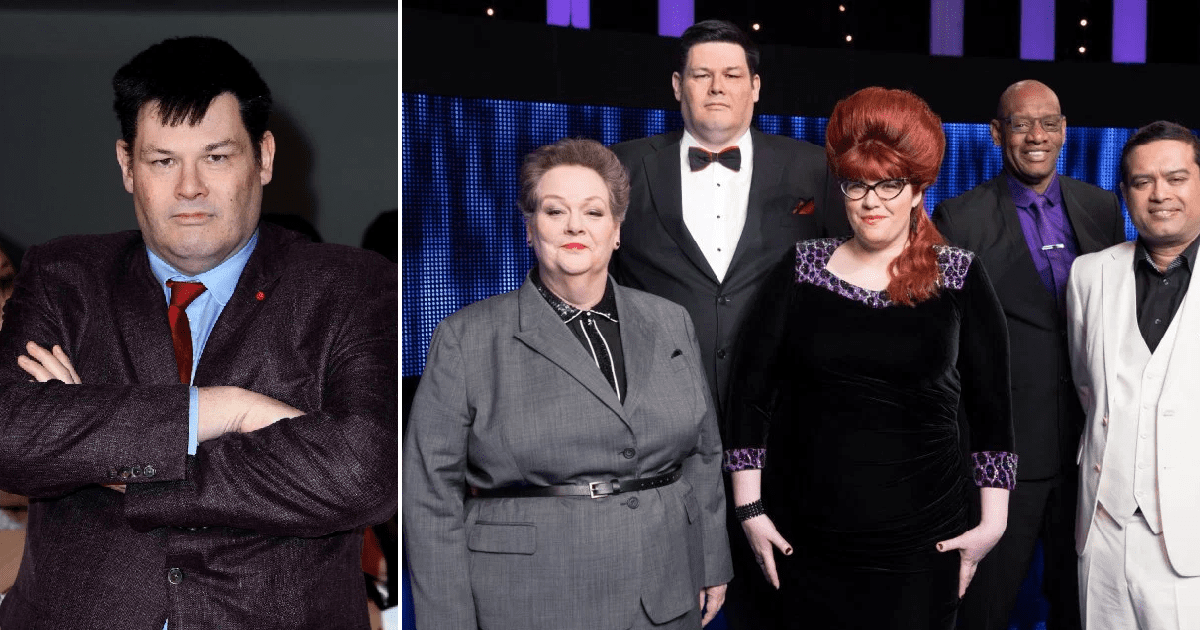 Mark on the Left, Mark and the other Chasers on the Right (Source: ITV)

Also Read: What Is Liz Cheney’s Net Worth In 2021 & Controversies Around Her?

Labbett moved to Moorgate, Rotherham, in 2013 from South Yorkshire, where he had settled before. He currently lives nearby Herefordshire. He married his second cousin, Katie, in October 2014 in a ceremony at Arundel Cathedral. Katie was 27 years his junior. Katie and Mark separated – not divorced – in 2020. They have a son. His life has been kept away from the prying eyes of the press. Mark currently lives in a very chic house with his dog. There were rumors that the split was due to Katie’s infidelity.

Mark Labbett recently uploaded a photo looking dapper and dashing in a black suit. Apparently, the Chase star lost 63.5 kg, or 10 stones during the lockdown! His caption said, “The next member of the Double O Section?” The fan-favorite quizzer got a lot of praise for this feat. 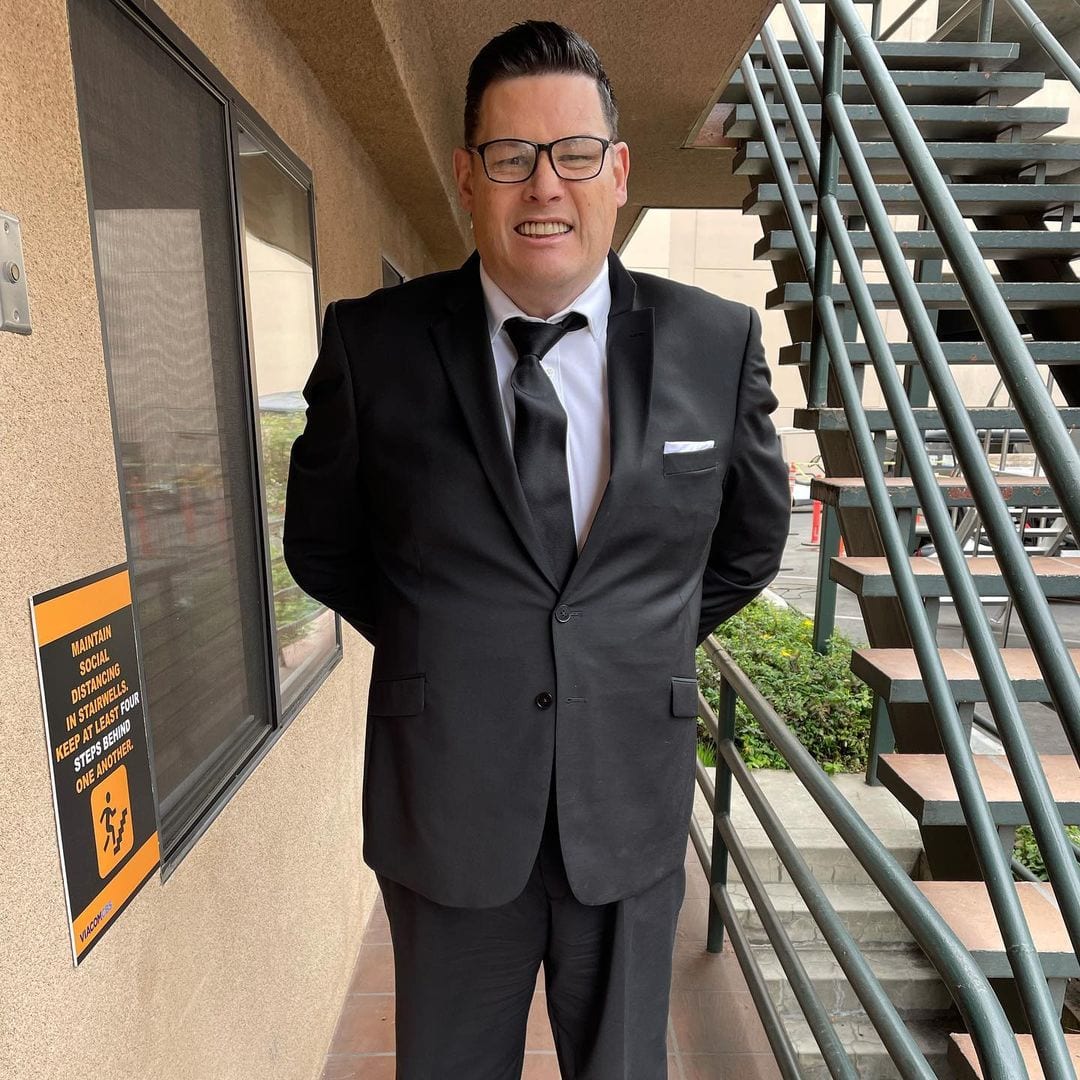 Also Read: Jay Leno’s Net Worth In 2021: Life & Career Of The Millionaire Comedian

As such, Mark Labbett currently has an estimated net worth of 2 Million USD. The show “The Chase” has been around for about a decade on the British ITV, and Mark has been there from the beginning. The game is basically a group of 4 strangers trying to answer more questions than the Chaser – a professional quizzer. If they do so, they win a cash prize. It’s currently on its 14th season, with about a thousand episode. Mark has amassed quite an amount through winning a lot of TV quiz competitions, including the £64,000 from Millionaire Live and Who Wants to Be a Millionaire. He was also on many other shows, such as  “Celebrity Juice.” 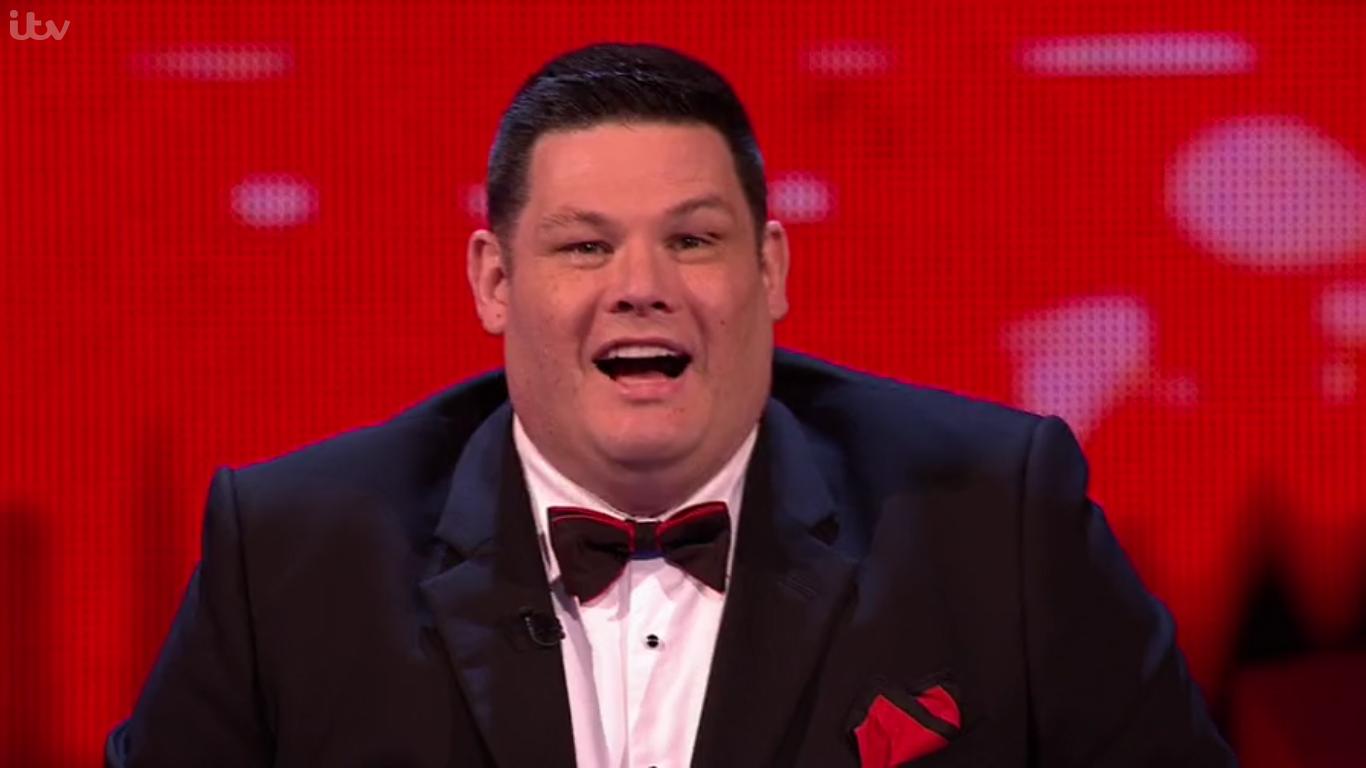 On One of the Chase Episodes

Also Read: Sakshi Shivdasani Net Worth: How Rich Is The Instagram Star?