Hunter Biden had lost his mother and sister in a car crash. And he believes that his drug and alcohol addiction is linked to this trauma! 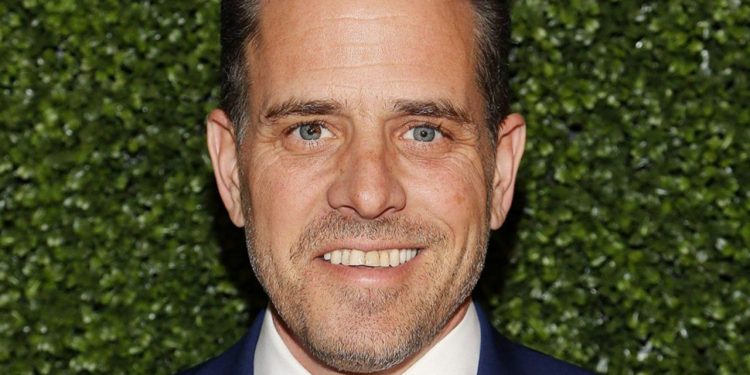 In the run-up to the midterm elections, some googly and spicy news is boiling up! And it is related to the second son of U.S. President Joe Biden and his first wife, Neilia Hunter Biden. Robert Hunter Biden, an American lawyer, and painter is in the middle of the chaos as his ex-wife Kathleen Buhle is on her way to release her memoir this June. And interestingly, it would through its focus light on the elements which had fueled their divorce in 2017. And to everyone’s curiosity, we would like to reveal that the memoir would revolve around the things related to Hunter Biden’s extramarital affair!

Well, if you want to know more about all these, then this article is all that you need. However, before we jump on to the main topic of today’s discussion, let us know a little bit more about him. So, Hunter Biden is also a hedge fund, venture capital, and private equity fund investor. He had previously worked as a banker, lobbyist, public administration official, and also as a registered lobbyist-firm attorney. After failing a drug test, he was discharged from the U.S. Navy Reserve. Hunter Biden has also served on the board of Burisma Holdings, which is one of the largest private natural gas producers in Ukraine.

He had also taken his passion to the professional levels. And presently, he also works as a painting artist. Lately, in the April of 2021, Hunter Biden had published a memoir titled, Beautiful Things. In that, he had discussed his struggles with addiction. And now, his ex-wife Kathleen Buhle, with whom he had read the wedding vows in 1993, is on her way to bring her memoir into the market, which would describe her taste on their marriage that collapsed in 2017. And now, let us discuss the things related to Hunter Biden’s affair that would potentially give a boil to the thoughts of the public!

Kathleen Buhle would soon open up about the dissolution of her 24 years of marriage with Hunter Biden in her memoir, which would hit the bookshelves in coming June. According to the publisher, Buhle had described the things in detail. She started her story describing herself coming from working-class roots on the South Side of Chicago. Then how she had loosened her maiden name and a part of herself to become Kathleen Biden. And then eventually found a new sense of identity, purpose, and joy after the heartbreaking collapse of her year-long marriage. Lately, some news also claimed that the release of the book would open several unknown secrets of the first family.

Regarding the book, Buhle told that it is something she is coming up with for those women who think that their identity is lost after their divorce as, according to them, their entire identity was tied to their spouse. Kathleen Buhle later said that writing this book was her journey towards healing. She says that those who have been through addiction or divorce would be able to understand it much better.

Hunter Biden’s affair led to the collapse of his first marriage!

Kathleen Buhle made it very clear why she had asked for the divorce. For a long time, she was supporting her husband to beat his addiction to crack cocaine and booze. She was also swallowing the bitter truth of the addiction of her husband to several dirty things. Like she knew that he was wasting the couple’s money on drugs, alcohol, strippers, and prostitutes. Her husband’s abusive nature towards her was also one of the reasons. But the thing which had even cut the last thread that was maintaining their relationship was Hunter Biden’s affair with his sister-in-law Hallie. Hallie was the wife of late Joseph Robinette “Beau” Biden III.

When Buhle got to know about this, she had mailed him about her decision to separate. In which she had mentioned that earlier also she had forgiven him for cheating, but now it seems that he does not want her forgiveness.

Hunter Biden dated the widow of his brother Beau from 2016 to 2019. Following which he married a South African filmmaker, Melissa Cohen, in May 2019.