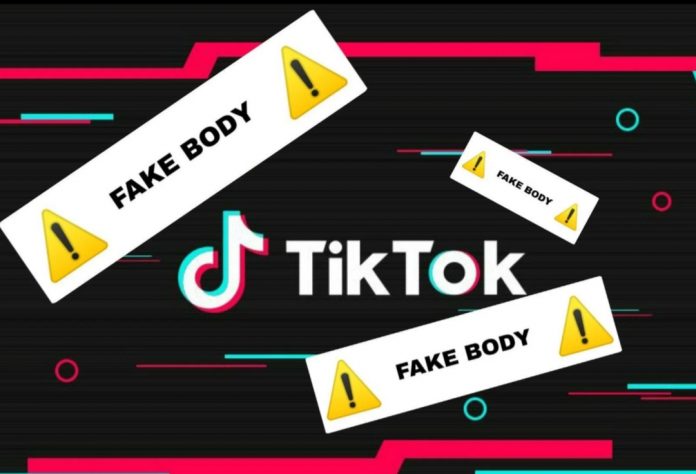 What is Fake Body on Tiktok? It’s hard to keep a track of all the new phrases and hashtags that keep popping up now and then on Tiktok. With the phrase itself, you may think of a mannequin. But, not that’s not the real case. #Fake Body is going viral on the platform as users are thinking to trick the application into allowing half-naked videos. It has received billions of views on Tiktok and is trending a lot. Nowadays, some people aren’t much bothered being shirtless or wearing sheer clothes in public. For them, this hashtag seems to be very useful.

You may have stumbled upon some of the videos, with the captain holding the Fake Body hashtag. Being a typical follower of this trend, people are often seen to put a caution emoji before the term “fake” and another one after “body”. But, what’s making the Tiktoker use this phrase? Let’s dig into this article to the end to learn What is Fake Body on Tiktok?

What is Fake Body on Tiktok? Everything To Know

By now, you must have gotten a brief idea of what Fake Body on Tiktok is all about. But, the reason behind the usage is still unknown to most of you, listening for the first time. Right?

Well, Fake Body on Tiktok was never intended for the audience. It is an attempt to throw off Tiktok’s censoring system. As per the terms and conditions, Tiktok has earlier removed the non-explicit videos. Last year, the platform announced using an automated system of deleting the content containing ‘adult nudity’. It won’t rely on the content creators. This made the users start a new trend, naming it Fake Body on Tiktok, to stop their videos from getting flagged for violating the nudity rules.

#FakeBody has garnered over 1.8 billion views on the platform. Surprisingly, with an additional yellow warning emoji, the same hashtag has accumulated over 840 million views. Just like the Tiktok, the creators are bringing strict to showcase their modern culture. The majority of posts with the hashtag are of people wearing crop tops, bikinis, being half-shirtless, and whatnot. The platform has pretty strict guidelines regarding ‘nudity’ and it strives to create a place that feels safe and welcoming to the audience. That’s how it is supposed to be.

Also Read: Who is Sam Ryder on TikTok? All We Know About The Tiktok Star