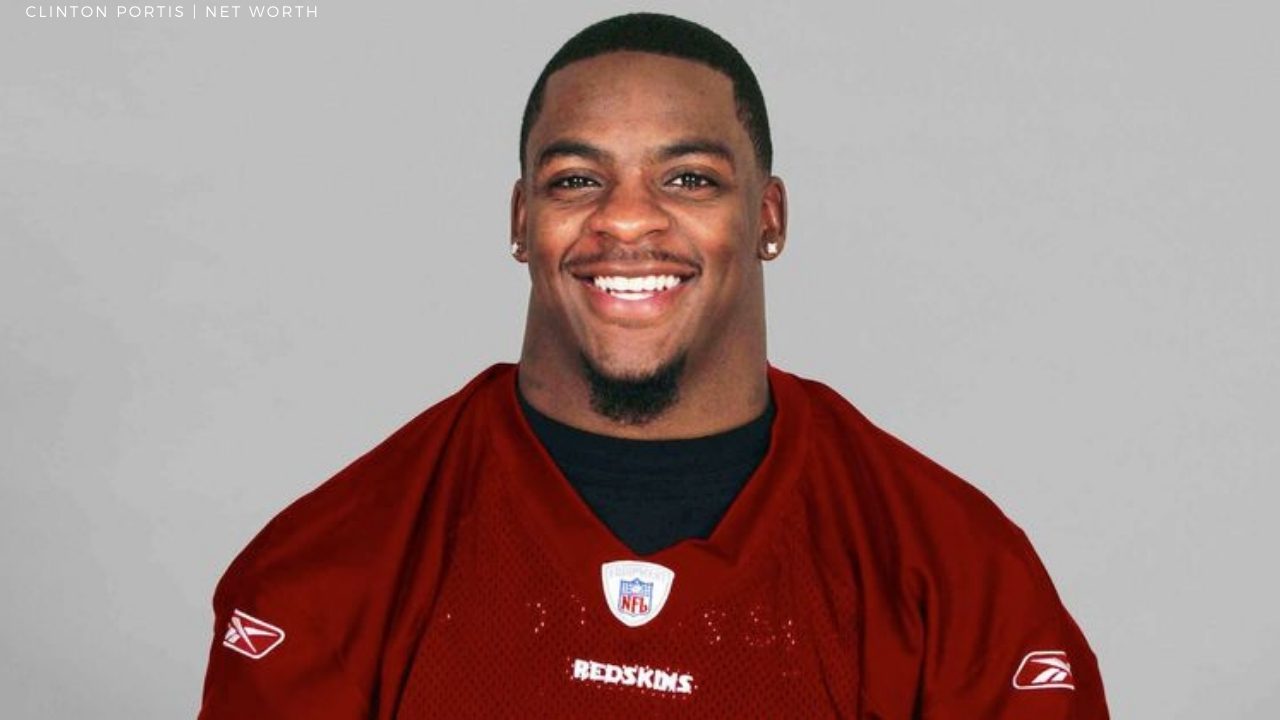 What is Clinton Portis’s Net Worth? Former American football running back Clinton Portis was born on 1 September 1981. He is a known personality in the sports realm. Portis is globally recognized for his game and highly appreciated for his running back position and skills. For nine seasons, he played in the National Football League (NFL). In his entire football career, he is best known for his running back match in the Washington Redskins for seven seasons. His average in the game was 81.2 yards per game. It was an extraordinary achievement that led to his selection as one of the 80 Greatest Redskins by a panel of celebrities.

Born and raised in Laurel, Mississippi, Portis spent his college life at the University of Miami, where he played for the Miami Hurricanes football team. His game in college football made him quite popular. He was planning to attend the University of South Carolina, but due to his engagement in a fight with the Gainesville High School, his scholarship was taken away. Since the 1975 season, he became the second true freshman to start at running back.

His performance and skills improved with time, which resulted in a new record of 100-yard by him. In 10 games, he led the team with 838 yards and eight touchdowns on 143 carriers. Of course, Portis is known to be one of the gems of the football arena. His skills earned him a lot of fortune and fame. Altogether, he became one of the famous media personalities. Therefore, let’s have a look at his golden achievements and his store of fortunes.

Portis averaged 5.5 yards per carrying in his first two seasons with the Broncos. He rushed for over 1,500 yards in the game. He became the youngest player to score four touchdowns in a game in a 31-24 victory over the Kansas City Chiefs on 15 December 2002.

Clinton adjusted to coach Joe Gibbs’ style of running, i.e., power running for the 2004 season. It was a hard way for Portis as Denver’s running style was built up with stretch runs and runs to the outside. Therefore, it was a rough adjustment for him despite him taking his first Washington to carry 64 yards for a TD in the season opener against the Tampa Bay Buccaneers. And lastly, the adjustments became a lot more oppressive, mainly due to the injuries. Finally, by the end of the season 2004, he had 1,315 yards for a 3.8-yard rushing average. 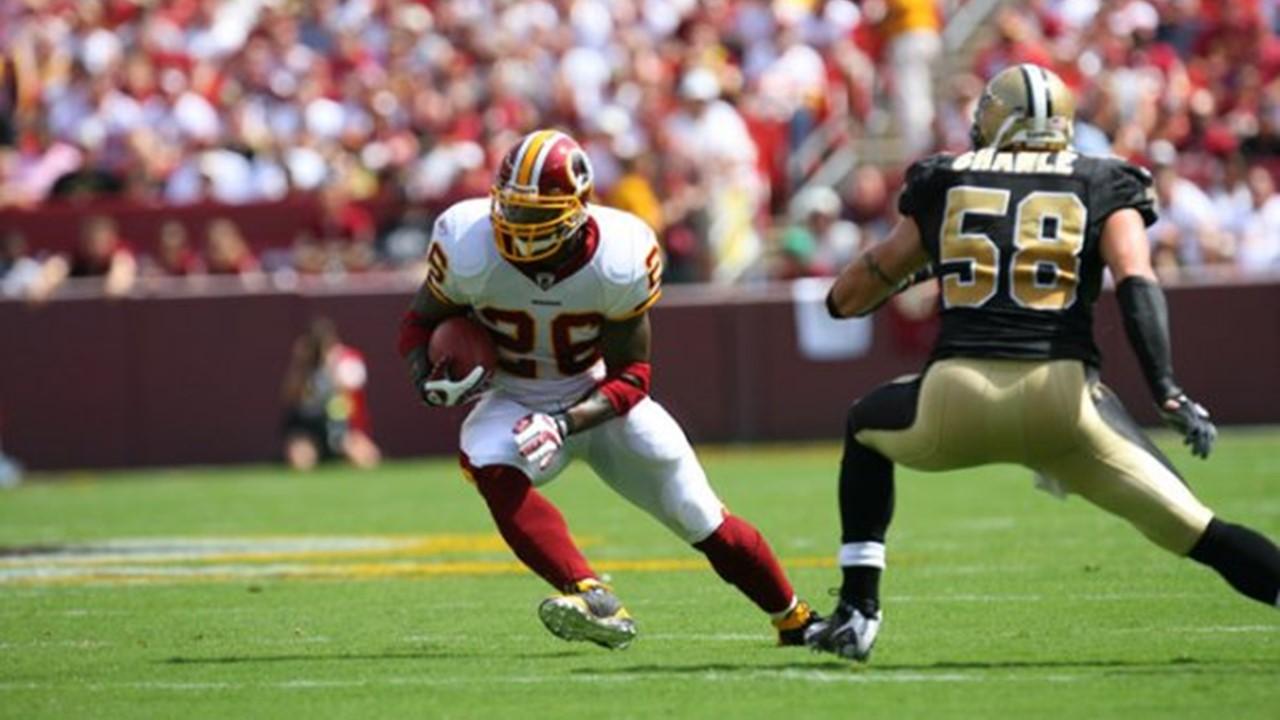 His running speed was greatly admired during the 2006 Washington Redskins training camp, where he completed a 40-yard dash in 4.26 seconds. His career with Washington Redskins led him to the ladder of success. He continued climbing forward, which led to his ultimate success in his career. Apart from several games, Portis also started making an appearance in varieties of TV advertisements, such as Eastern Automotive Group, which is a local car dealership group in the DC and Baltimore areas. He shared the screen with Jason Campbell, Antwaan Randle El, and Chris Cooley.

Also Read: Rachel Nichols Net Worth: How Rich Is The ESPN’s Sportscaster?

What is Clinton Portis’s Net Worth?

Clinton Earl Portis is estimated to have a net worth of $4 Million as of 2021. In his whole career path, he was awarded heavily for his skills and game persona.

His career in NFL Statistics tells us the whole story of how he aced the game.

His career had a smooth road with some obstacles in the form of body injuries which continued to plague him every now and then. Engraving his status as 27th all-time in career rushing yards, Portis announced his retirement on 21 August 2012. After his retirement, it was announced in the press conference that Portis had made it into the 80 greatest Redskins of All-Time.

Also Read: Terry Bradshaw Net Worth: How Much Is The American Sportsman Worth?

Clinton Portis: What Do We Know About His Personal Life?

Portis has always kept his personal life low-key, very personal. In the year 2015, bankruptcy protection was filed by him due to the loss of multiple homes because of some mismanagement caused by his financial advisors. In an interview with Sports Illustrated in the year 2017, he revealed that he was contemplating the murder of his former advisors. 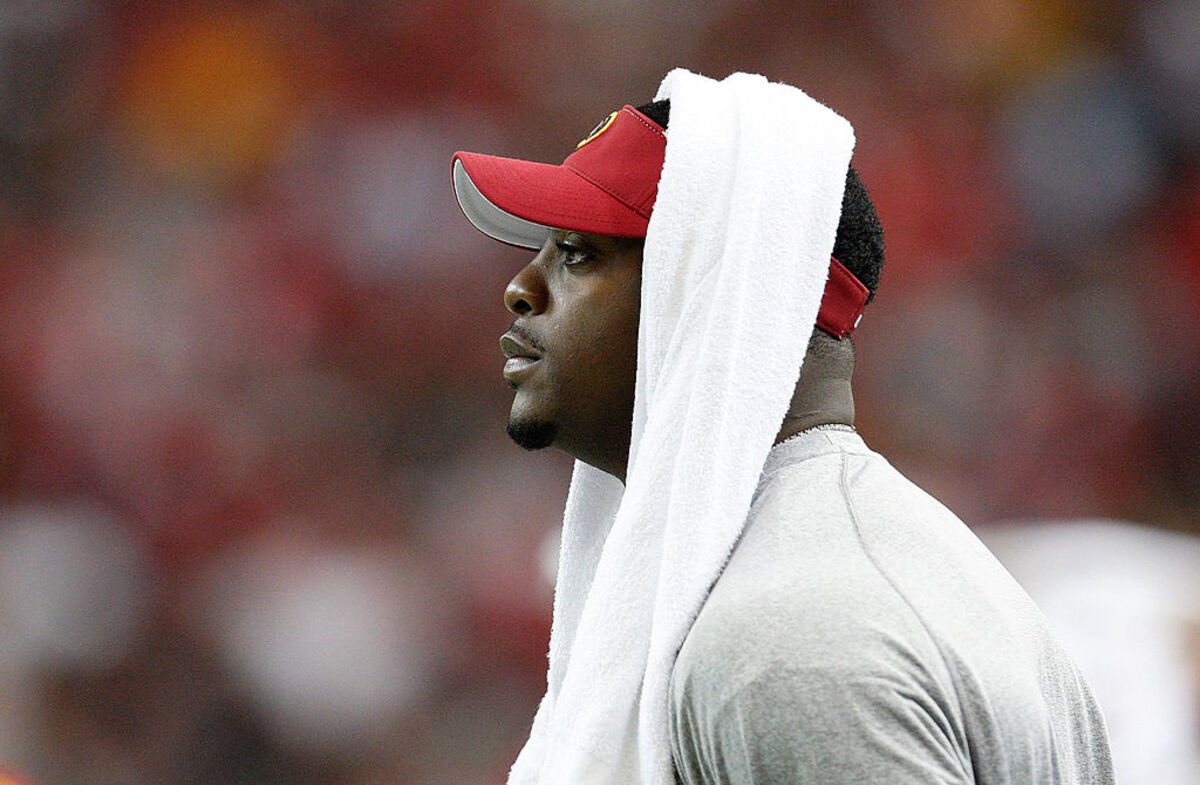 He is not married yet, but according to some reports, he had a relationship with Mya Harrison. She is known to be a recording artist, songwriter, and actress. He is the father of two kids, Camdin Portis and Chaz Portis. Though, nothing is known about their mother.