Singer Chiquis Rivera has earned a name for herself in the entertainment world and is quite in limelight now a days. 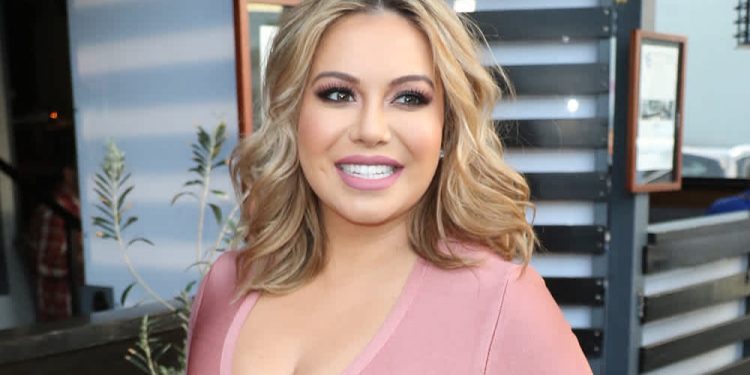 Chiquis Rivera is known for her works in acting and singing along with her mother, Jenni Rivera. So, what is Chiquis Rivera’s net worth? Well, her mother has indeed made a name in the entertainment and social circle before her unexpected death. Chiquis was the person who helped her mother gain such name and fame. Furthermore, she herself has all sorts of talents from doing and managing businesses, creating shows, singing, acting, writing, and having a website. Thus, she could have such a whopping amount of money from her capacity.

Moreover, the singer has not inherited a single thing from her mother despite being the eldest daughter and helping her. It is due to their estranged relationship after an argument that took place involving her mother’s husband, Esteban Loaiza. Her mother, Jenni, had a net worth in millions upon her death in 2012. The singer never made up with Jenni Rivera until her death. Well, her mother’s death was also unexpected as a plane crash took her life along with many others. An investigation also happened to find the cause of the crash. But, nothing was found.

What is Chiquis Rivera’s Net Worth?

Chiquis Rivera’s net worth is estimated to be around $3 million currently. She earned such a whopping amount of net worth not only from her singing career but also as a television personality. Chiquis is the daughter of the famous singer Jenni Riveria. Somewhat, Chiquis’s popularity could be attributed all thanks to her mother. But, the duo’s relationship deteriorated later on due to some misunderstandings. It has only been eleven years since Chiquis had been active in the entertainment industry. Now, she had a long way to go. So, we could expect that her net worth could also increase in the upcoming years. Furthermore, almost all her other family members are famous, taking from her mother to her uncle.

How Did Chiquis Rivera Earn her Wealth?

Chiquis Rivera’s earned her wealth due to her appearance in several reality shows, singing careers, and albums. Well, she is also the creator of her shows and writer. She appeared in the TV shows Jenni Rivera Presents: Chiquis & Raq-C, I Love Jenni, Chiquis n’ Control, The View, The Riveras, and Tengo Talento Mucho Talento. In 2014, she began her career in singing with the release of the single Paloma Blanca. Her albums include Ahora, Entre Botellas, and Playlist. Furthermore, Chiquis revealed how she has more interest in acting than in music. She wrote books such as unstoppable, invincible, Chiquis Keto, Perdon, and Forgiveness. The singer also has her salon in California. Blow Me Dry is the name of the hair salon.

Chiquis Was the Person Behind the Jenni Rivera Brand

It is known that Chiquis was the person who made the Jenni Rivera Brand into what it is today. She managed the music career, fragrance, and clothing line of her mother. Her mother also had a charitable organization. The name of the organization was Jenni Rivera Love Foundation. Chiquis also somewhat managed the foundation and was involved in it. Moreover, Chiquis is also known to be the creator of all those shows in which she starred or her mother.

But, Chiquis did not inherit the fortune of her mother as they had a fallout in their relationship. She could not make up with her even before her mother’s unexpected death. Later on, it got revealed that her mother’s will did not have her name as the inheritor of her wealth. Jenni Rivera has a net worth of around 7 million dollars. Her mother left aunt Rosie Rivera as the executor of the will.

Chiquis amassed a huge fortune all due to her capacity despite not inheriting a single fortune from her mother. She also has her website, ChiquisRivera.com. The site also contains free content, but very little in amount. So, one could also subscribe to the website, and membership ranges from $ 2.99 to $ 9.99 per month. It also contains annual VIP premium membership amounting to $ 99.99. The site consists of content such as blogs, fashion, videos, secrets, life tips, etc. Thus, we could say that she earns a lot from her website.