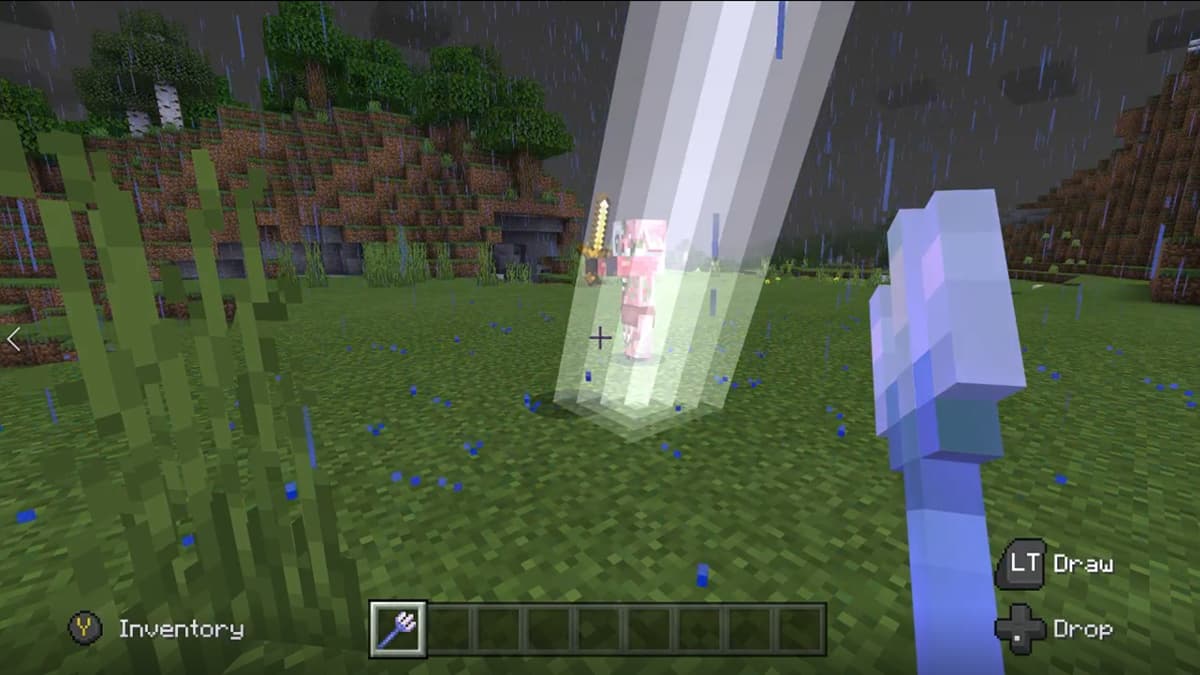 Channeling is primarily an enchantment in the popular game Minecraft that can only be cast when placed on a trident. This is used as a lightning summoning. The max level that enchantment can reach is level 1, but it is justified as the purpose remain the same at even the higher levels. This is an enchantment that is very fun to use because it makes the player feel safe but also not very overpowered, so there is only a slight edge and not a very significant advantage. To keep it in easy words, it makes the player protected but not invincible. This enchantment is primarily used for bold summoning when during the rain, the mob is hit.

Although if there is too much foliage in the environment, then the bolt of lightning cannot be summoned. It needs an open space to hit the mob. The enchantment is not at all compatible with riptide enchantment. If on a trident a command is placed to force it to be riptide enchanted, then channeling will not work. However, it will be applied on technical terms. Even though the summoning of a lightning bolt cannot be done if the mob is hit by a trident of channeling, but they still will be affected if the lightning strikes nearby. For example, if a trident hits the player armor standing next to a creeper in water, the summation of lighting is normal, but the creeper will be charged from being affected by the lightning radius.

Minecraft is a video game that comes under the sandbox genre and is a development and creation of Mojang Studio, which is a Swedish video game developer. The game is a creation of Java programming and was done by Markus “Notch” Persson. The game was first made available to the public in May of 2009. And then another full release was done in the November of 2011. In 2011 the development was taken over by Jens Bergensten. The game has been made available to various platforms and is very popular and awarded as one of the bestselling video games of all time. According to a report that surfaced in 2021, it has over 200 million copies sold and garnered almost 140 million active users. 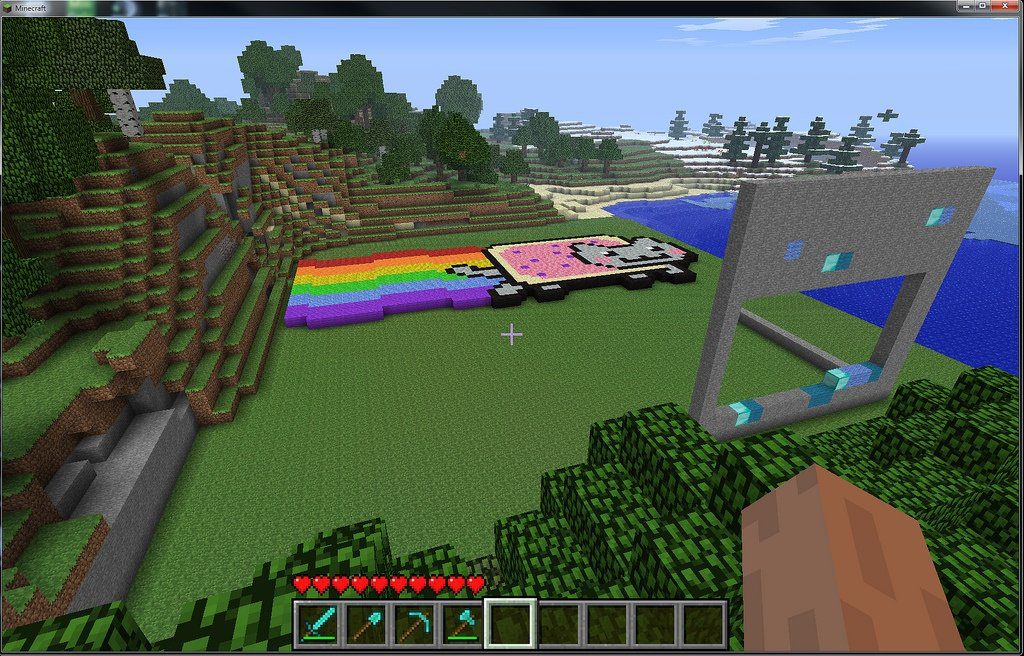 In this game, players can explore a world that is the blocky 3D world and has infinite possibilities for exploring. The player can extract materials or search for maps or treasure. Players can also fight bots that are computer-controlled or online compete with other online players. There is also the availability of several game modes, such as survival mode. In survival mode, the players attain resources for building their world and also maintain the health of the character. There is also a creative world where there is the availability of max resources, and also the player can fly. The game can be modified accordingly, and also new items and mechanics can be created.

What is Channeling Enchantment in Minecraft?

In Minecraft, Enchantments is what keeps the gameplay quite interesting and gives players some powers that naturally ordinary players might not have. These range from walking on water to firing a barrage of arrows infinitely. Enchantments in Minecraft are a way to make the game simpler and more manageable. One of these enchantments is channeling. The spell or enchantment is exclusive to the players who have Trident in their possession, and the channeling is responsible for a lightning strike. The enchantment will only work once thrown and cannot whole melee attack by a trident. 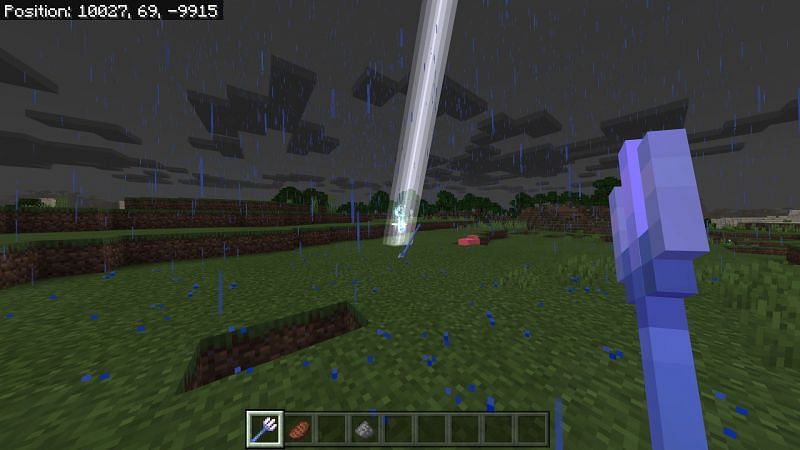 For the enchantment to be cast or summoned, the player should be near a Lightning Rod. The lightning ignoring the rod will go according to the player’s wish. Channeling primary function is also for turning  Villages into Witches, pigs into Piglins, and Charged Creepers from Creepers. Before this enchantment player solely rile don the lightning strike falling on the mob by a random chance.

How to get a Trident and Enchant it with Channeling?

In Minecraft, for acquiring a Trident, the player must emerge whole victorious fighting a Drowned. Drowned is an aquatic monster and has a chance to drop a trident while defeating it. Although the chance of acquiring a trident after defeating it is rare, they often fight in hordes, so the chances become a tad more. To enchant a trident with Channeling, an enchanted book is needed or an enchantment table. 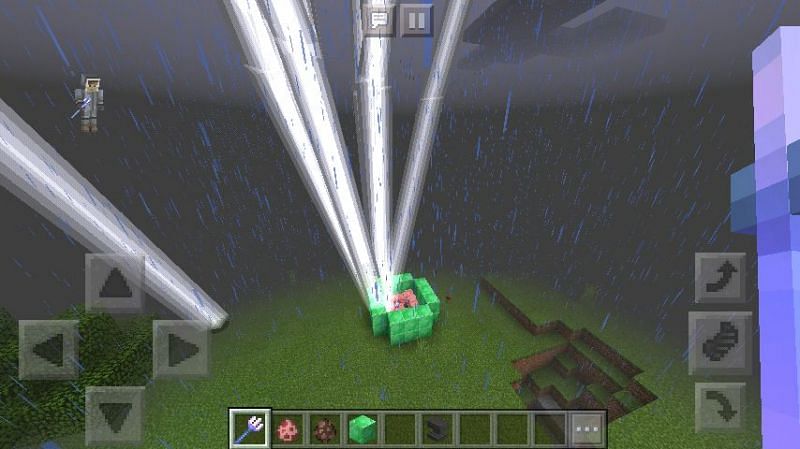 To acquire a trident, there is series of steps. Firstly, one must pace down the anvil and trident placement in the first slot. Then the enchanted book placement in the second slot, and finally, the product that the player gets is the trident that is enchanted with channeling. The setup must b in the correct order, and the enchantment table must be kept in the middle of 15 bookshelves and stacking at the height of two. The player only then can enchant the trident. Another way is using the /enchant command, but the process is not as fun.