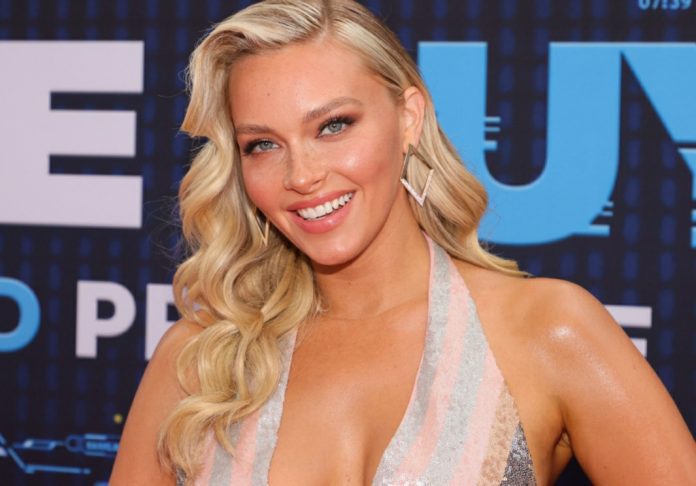 Today, we shall discuss What is Camille Kostek’s Net Worth. What do we know about the model’s career that has led her to a massive monetary income? Starting from the basics, Camille Veronica Kostek has gained massive prominence being on the Sports Illustrated Swimsuit Issue. As a model, she has collaborated with several renowned brands such as Victoria’s Secret, Kittenish, etc.

Adding more to it, Camille also serves as the brand ambassador of Reebok. Little did you know, she is set to host the upcoming game show, Dancing With Myself. Not to forget to mention Camille’s great acting performance in the film Free Guy, which was released last year.

Knowing so much about her noteworthy career, fans are highly interested to learn about Camille Kostek’s Earnings. From the various campaigns, hosting shows, and other ventures, she is believed to have earned a pretty lump sum amount of money to date. With an extravagant income, she has been able to fulfill her wish of buying a mansion, with her boyfriend. Also, living a lavish lifestyle, the model is believed to own branded cars as well. To know what is Camille Kostek’s Net Worth and career details, I highly recommend you to read this article to the last word.

Also Read: Wang Yibo’s Net Worth: How Much Does ‘ The Untamed’ Star Earn?

When we talk about what her monetary accumulation is, Camille Kostek’s Net Worth in 2022 is estimated to be a whopping $5 million. The major portion of her income comes from being a successful and renowned model in the industry. Having worked with various high-class brands, being on the cover page of renowned magazines, and walking on the ramp for different labels, Camille is believed to have garnered quite a lot. Also, from her hosting career, she has earned quite a decent amount. She has also managed to earn well from her jewelry and cloth collections. In brief, Camille never fails to prove herself the best and pretty much worth having what she gained to date.

Talking about Camille Kostek’s wealth, back in 2017, she and her boyfriend purchased a mansion in South Tampon with an estimated amount worth $2 million. Adding a decent amount to her net worth, she owns some branded cars too, which we will update pretty soon. Well, take note of this, she isn’t only up for enjoying a luxurious life alone but is there to contribute to society too. She has donated more than 10K masks to medical centers during the uprising time of the Covid 19 pandemic. This proves, that besides being wealthy and famous, Camille is a kind person too.

Besides knowing what Camille Kostek’s Net Worth is, fans are interested to learn about the model’s notable career and other details. Well, Camille Kostek was born on 19 February 1992, making her 30 years old at present. She was born in Killingworth, Connecticut, United States. As far as her height is concerned, Camille is 1.73 meters tall. Talking about her popularity, her Instagram account has garnered over 1 million followers as of now.

Moving on with her professional career, Camille Kostek has successfully graced the covers of magazines such as Ocean Drive, BELLA, Haute Living, etc. In 2019, she walked on the ramp at the New York Fashion Week, gaining huge fame.

Camille has been offered for Saturday Night Football, on ESPN. But, she turned down the offer as she had to travel while modeling. As a host, she has worked for Levitate Music Festival, Maxim sports events, Sirius XM radio show, etc. Not to forget to mention Camille Kostek’s great acting skills, which we witnessed in her debut film, Feel Pretty.

That’s not the end. She is involved with a few other ventures too. Since 2018, Camille has been designing jewelry for her brand, Dune Jewelry. A couple of years ago, she started her clothing line which goes by the trademarked phrase ‘Never Not Dancing’.

Being involved with so many things in life, Camille Kostek is doing great. Best Wishes to her for the upcoming days of her career!

Also Read: What is Ruben Studdard’s Net Worth? The &# 8216; Change Me’ Singer’s Earnings 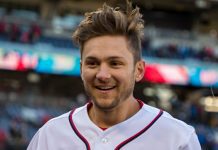