What Is 600 lb Life Dolly Episode? It’s basically the episodes covering the life of Dolly Martinez on the TLC reality show My 600 Lb Life. If you’re not familiar with this show, it chronicles the lives of many people living and struggling with morbid obesity. And the case of Dolly is a sad one. As we will see, she’s the prime example of how obesity is a public health problem in America.

As much as there are people out there who wish to help to struggling obese patients. some patients are very uphill to help out. And in Dolly’s case is no exception. On top of her obesity, she has a lot of mental health issues that add up to her weight problems that make up a very complex problem. Read our scoop to find out more!

What Is 600 Lb Life Dolly Episode?

Dolly Martinez’s story is included in My 600-Lb Life Season 10 Episode 12. She is a 25-year-old Fort Worth native. She weighs about 600 pounds and continues to make excuses. Dr. Younan Nowzaradan tells it like it is, and she is not pleased. Her narrative is startling, tragic, and ultimately unfavorable.

What Is Dolly Martinez’s Situation?

Dolly sleeps with a Continuous Positive Airway Pressure machine and awakens with an oxygen cannula. She’s depressed and in discomfort from carrying so much weight from her morbid obesity. Moreover, she has trouble walking and standing for lengthy periods of time. Additionally, her mother, Staci, and friend Cheyanne assist her. And her friend is also significantly overweight.

Cheyanne is seen assisting Dolly Martinez in the shower. She washes all of her clothes. She has a massive lymphedema lump on her stomach, draping over her legs. It’s almost touching the ground. Her mother, Staci, says it’s difficult for her and that she sobs while she has to bathe her.

Obesity And Depression Are Correlated

The Journal of American Medical Association and other prestigious publications have published enough papers and scholarly data linking the correlation between obesity and depression. And it’s no surprise that Dolly is depressed. Her eating habits have pushed her to the brink of death. Moreover, she’s in a critical condition incompatible with basic human physiology. She can’t carry her own weight, so it’s hard for her to breathe her own air.

Dolly has always been obese. When she was seven years old, she already weighed over 120 pounds. Moreover, she attributes some of her troubles to her mother’s coming out. Following the divorce, her mother “thought she was a lesbian,” she claims. Dolly, on the other hand, believes her mother is bisexual. She claims it was difficult for her because her classmates referred to her as a “big awkward lesbian” due to her mother’s lifestyle.

She weighed 300 pounds at the age of 15. She stated that there was “nothing she could do.” Dolly claimed she gave up and ate anything she wanted. Because the bullying was “that terrible,” her mother allowed her to drop out of high school. She expected Job Corps to assist her daughter.

Struggling With Her Weight

Dolly Martinez’s weight maintained at 250 while in Job Corps, indicating that she had shed some weight. Her mother, however, claims that she was released because she was not maintaining proper hygiene. She claims Dolly got in trouble there for failing to stay clean “and odor-free.” Her subsequent employment lasted three days since she couldn’t stand for long periods.

Dolly mentioned in an earlier episode that she tried looking for a job that required her to sit down. But due to her health concerns, nothing lasted. Dolly’s primary interest shifted to food. After her father died, her father committed suicide. She claims it was a methamphetamine overdose. She became much more depressed as a result, and she ate even more.

Her Dad Passed Away

Staci stated that Dolly and her father were estranged but became close in the years before he committed suicide. She also claims that her daughter “eats her emotions.” By 21, she weighed 400 pounds and had no employment or place to live and found Ricky online. He offered her to live in his room at his mother’s house. Dolly, on the other hand, claims he was cruel and abusive.

Then Dolly Martinez became pregnant, and they married. Trinity, her daughter, was born. CPS, though, took her child six days after she was born. She blames her loss of custody on her physical and mental health concerns. Staci was granted permanent custody of her grandchild by the court a year later. In the end, thanks to Dolly’s erratic behavior, she can’t lose weight. It’s a sad story of how addictive behaviors take the best potential out of a perfectly capable human being. 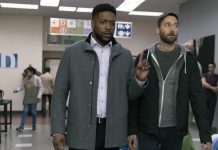 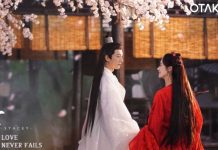