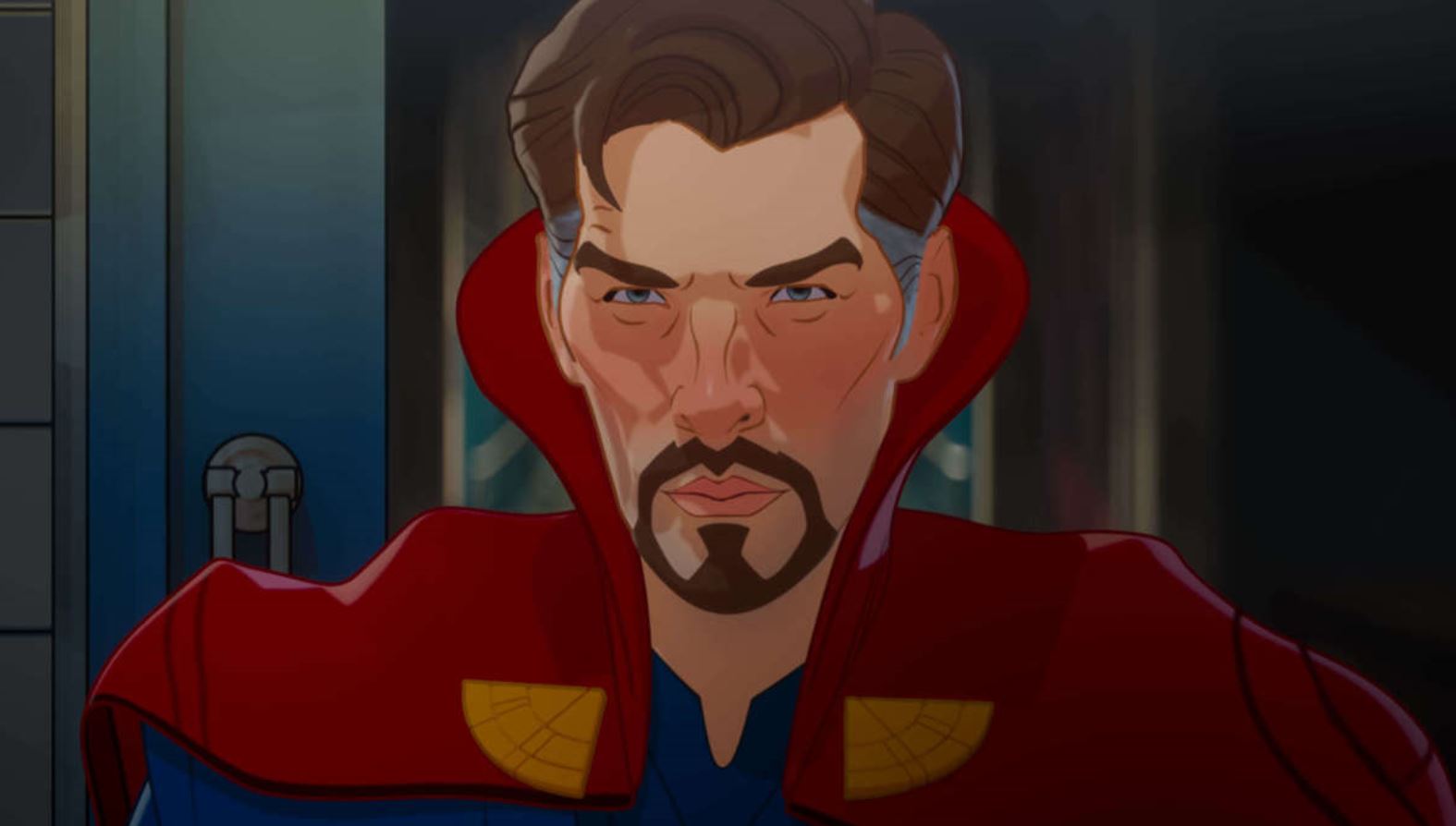 “What If…?” Season 1 will soon be out with its Episode 4. “What If…?” is an animated show that shows us the various alternate universes that could have been had some events occurred. In WandaVision and Loki, we experienced something similar. In WandaVision, we saw Wanda manipulating a whole town so that she could live a happy married life with Vision. Whereas, in Loki, we were introduced to the Time Variance Authority. The TVA is a special organization formed to stop the formation of any time branches in the sacred timeline. But as Loki commits a nexus event, he is taken under the TVA as an advisor. Here, he meets an alternate version of himself called Sylvie. In an attempt to know more about the TVA, Loki helps Sylvie to help meet “He Who Remains,” or Kang the Conquerer. Sylvie kills him, inevitably leaving the timeline vulnerable.

Previously on “What If…?” we saw two alternate stories. The first one saw Peggy Carter becoming the super-soldier named Captain Carter. She volunteers herself after Steve Rogers is left injured after a spy attacks the facility. As Peggy starts her missions as Captain Carter, Steve joins her by suiting up in the Hydra Stomper. Peggy Carter is trapped in a wormhole by the end of the episode that only lets her out after nearly 70 years.

Then we saw another situation in which T’Challa gets abducted by the Ravagers instead of Peter Quill. Eventually, he grows up to become Star-Lord. Under him, the Ravagers work like Robin Hood as they steal from the rich to provide for the poor. In this episode, the Ravagers, along with Thanos and Nebula, take out the Collector. By the end of the episode, T’Challa learns about Yondu’s lie to him and goes to visit Wakanda. 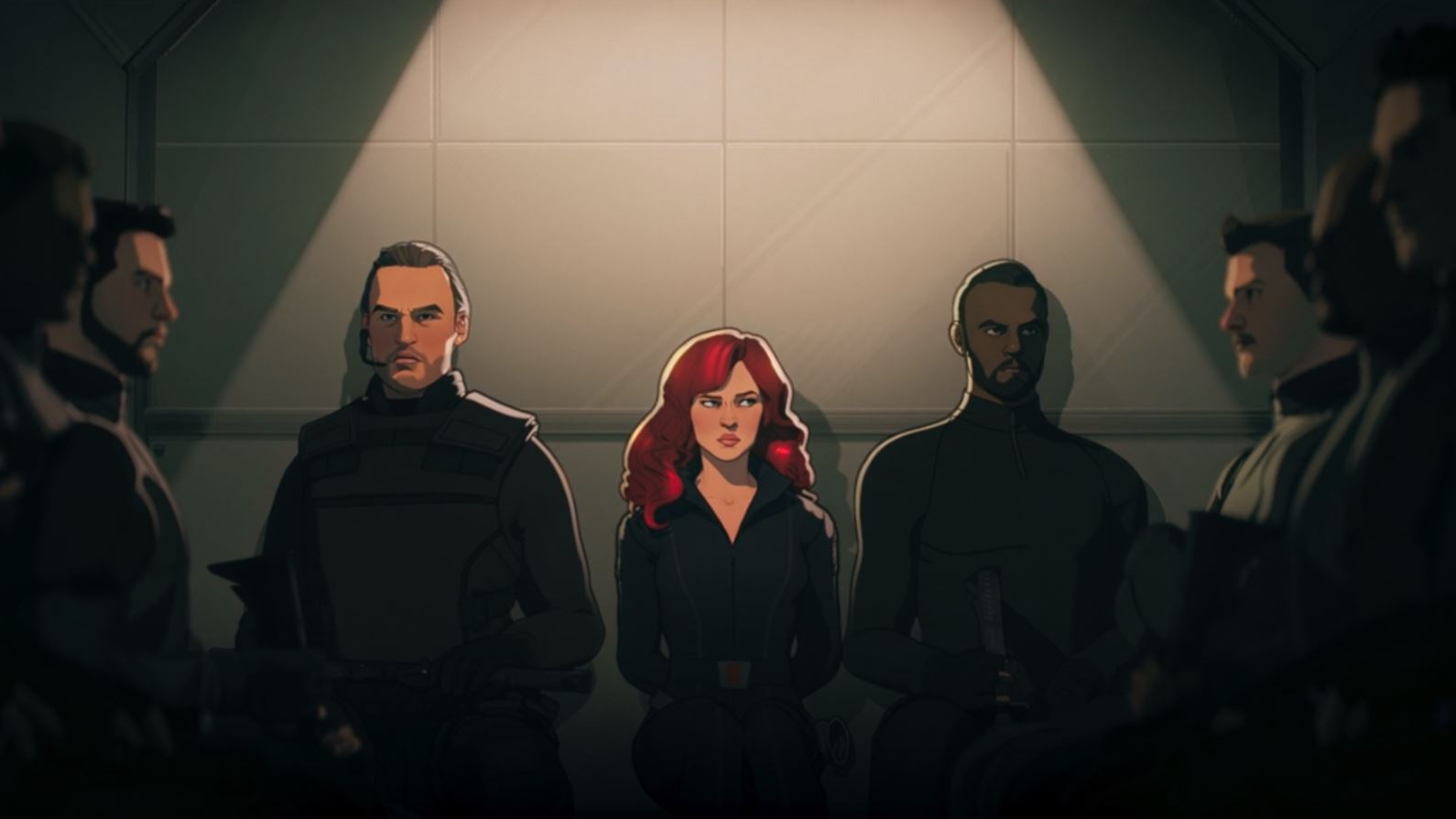 Also Read: Who is Kang the Conqueror? The Next Big Bad For Marvel

“What If…?” Episode 3 titled “What If… the World Lost Its Mightiest Heroes?” follows Nick Fury as he initiates the Avengers Initiative. He and Natasha Romanoff go visit Tony Stark. Here, Natasha injects Tony Stark with Lithium dioxide, but this happens to kill him instead. Later, as Mjolnir was found in New Mexico, Nick Fury and Coulsen form a perimeter around it. When Thor arrives to lift his hammer, Clint shoots his arrow at Thot for some reason, thus killing him. While two agents of SHIELD are at suspicion, Nick Fury assigns Natasha to find Bruce Banner as he could be the next target. Natasha, who was already at Dr. Betty Ross’ place, finds Bruce Banner. Here, Bett’s father, Thaddeus, arrives, and subsequently, Bruce is shot by someone. 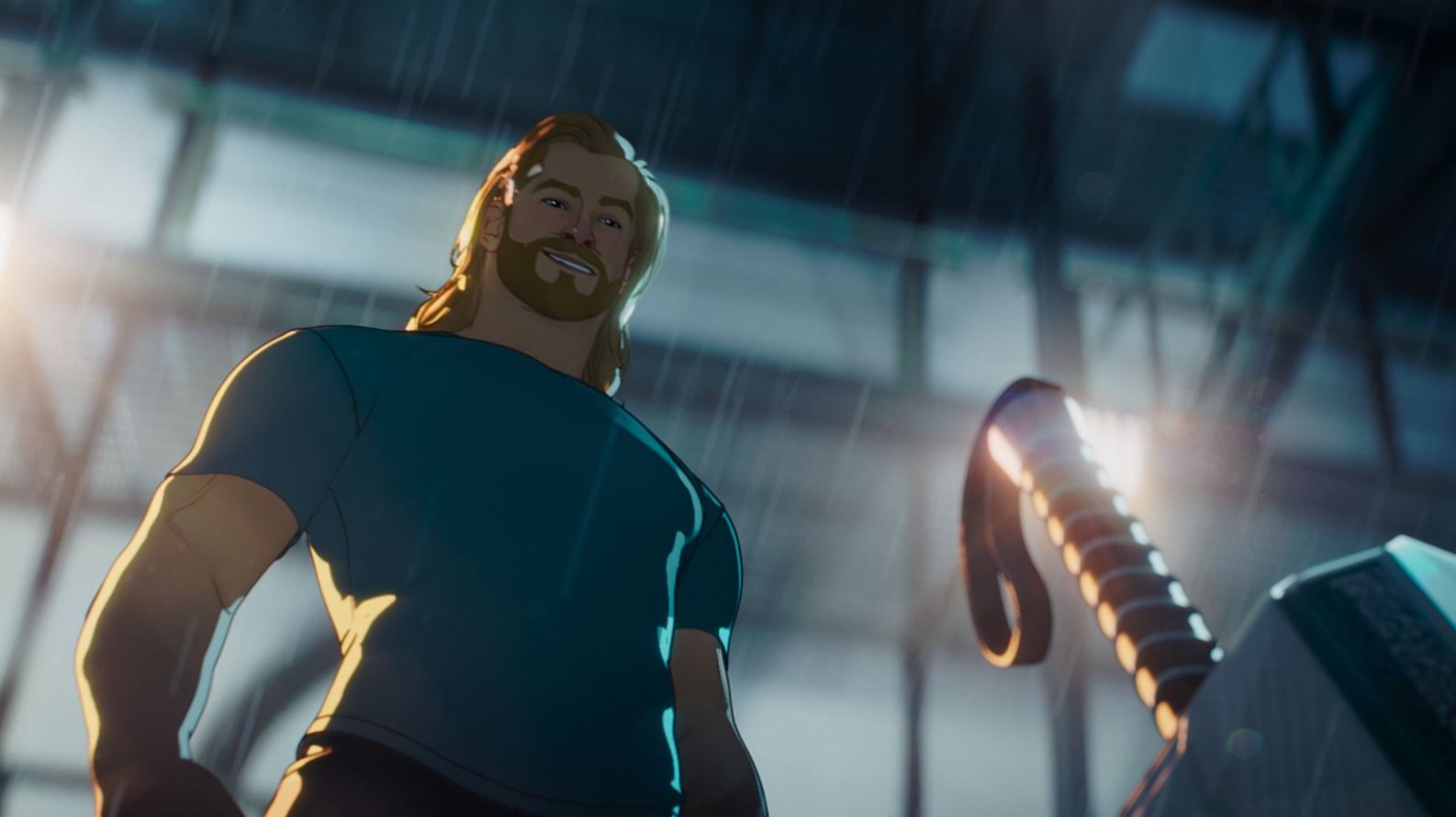 In the meantime, Loki arrives with his Asgardian army to take down the ones who killed his brother Thor back in New Mexico. Nick Fury talks to Loki and tells him how both of them had the same enemy. He is willing to find the culprit and hand him over to the Asgardians. In the meantime, Bruce Banner turns into Hulk and starts taking down Thaddeus’s army. During this, Hulk starts expanding and ends up being blasted.

Natasha goes into SHIELD’s records to find out about Hope Van Dyne, an agent who had died two years ago. But somehow, she had accessed the data only two days ago. Natasha gets murdered before which she hints at Nick Fury about Hope. Nick Fury realizes that the culprit was Hank Pym, who was taking revenge for his daughter. Nick takes the help of Loki to take Pym down. Nevertheless, Loki decides to stay on Earth and rule it. Nick Fury finds a frozen Captain America as Captain Marvel greets him. 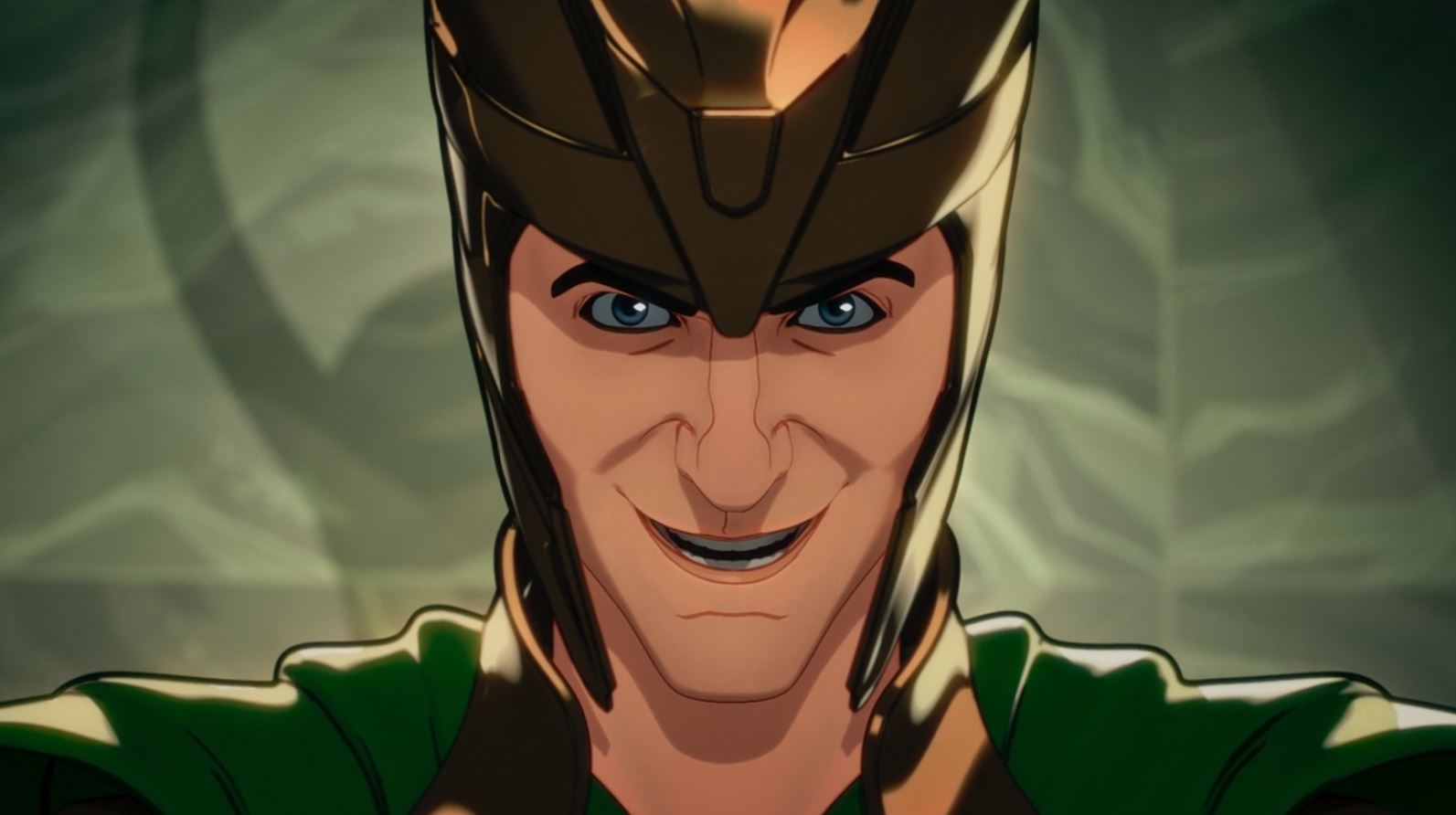 What If…? Season 1 Episode 4 will be released on 1 September 2021. What If…? Episodes are set to be released at 3 am ET / 2 am CT every Wednesday. And according to the sources, there will be a total of nine What If…? Episodes in the season. Additionally, What If…? Season 2 has also been confirmed by Marvel Studios. The second season will also be having a total of nine episodes. Marvel’s “What If…?” is Disney’s first attempt at an MCU animated series. And it seems like they are completely invested in it. The ongoing season of What If…? is set to finish airing on 6th October 2021. Subsequently, we could expect the second season sometime in 2022.

Up till now, each episode of What If..? has a runtime of about 30 minutes. And unlike WandaVision that increased their runtime with the show’s progression, the same happening with What If…? seems highly unlikely. For now, it has only been confirmed that the second season of “What If…?” is in the works. We could have expected a sooner release date for both What If…? Season 1 and Season 2 had COVID-19 not occurred. Due to the pandemic, the cinematic release of Black Widow was delayed. Subsequently, Loki was also delayed, which was essential to premiere before the animated series. What If…? is only an outlet for us to experience the several alternate realities that could have been. With six more episodes set to release, we could expect a lot more to happen in the following weeks. 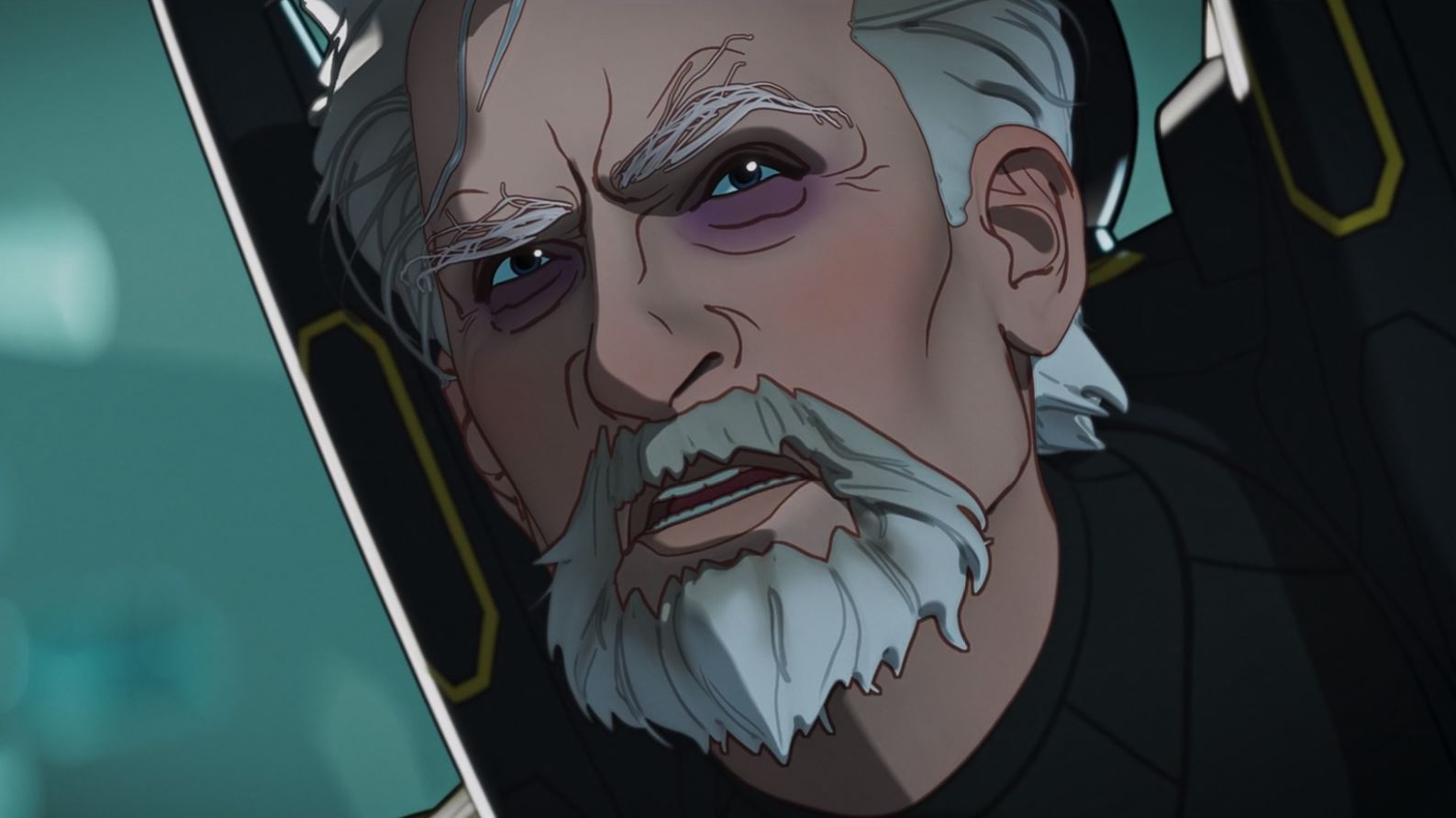 “What If…?” episode 4 is set to be focused on Doctor Strange. The first episode of the series focused on Peggy Carter if she were to become a super-soldier. The second episode dealt with an alternate reality where T’Challa grew up to become Star-Lord. The third episode of What If…? saw the failure of Nick Fury’s attempt at forming the Avengers. These events were caused by Hank Pym, who was taking revenge on the SHIELD after his daughter Hope Van Dyne got killed on a SHIELD mission. So, with the help of Loki, Nick fury takes him down. Subsequently, we saw a variation to Loki’s invasion of Earth.

In future episodes, we may even see an episode focusing on Tony Stark as he meets Killmonger. There is also about to be an episode that features Marvels’ Zombie series. Here, the episode maty focuses on Clint Barton as he takes down the zombie variation of his allies. 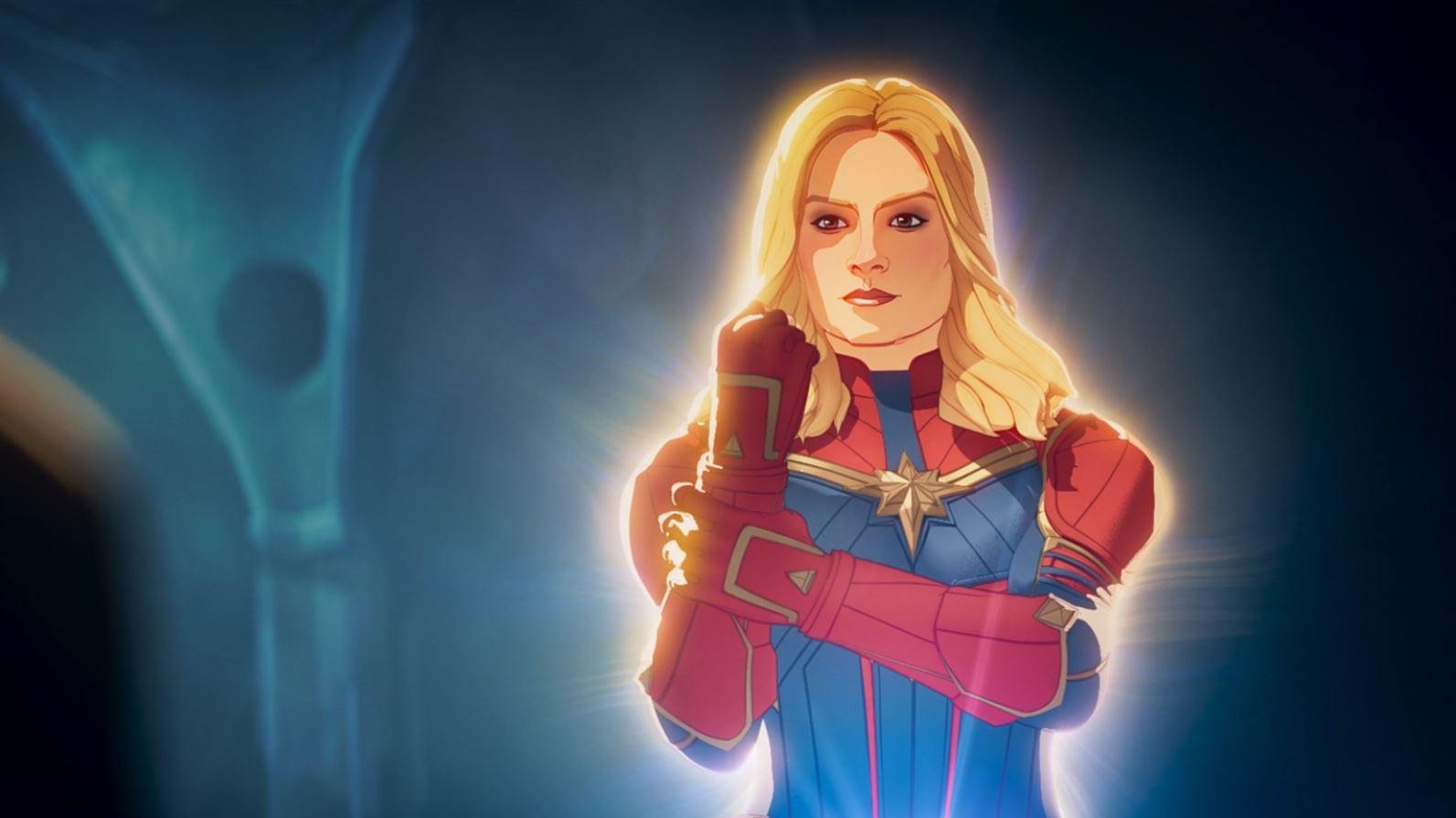 Marvel’s “What If…?” is available to watch on Disney+ exclusively. Disney has been trying to compete with streaming giants such as Netflix, Hulu, and Amazon Prive Video. For this, they have come out with their own direct-to-consumer streaming service called Disney+. And since its initiation, the streaming service has come out with several TV shows that have aired on the platform. The most popular one in it was The Mandalorian. Now, in 2021, Disney+ has come out with several other TV shows for the viewers to watch, including the likes of WandaVision, The Falcon and The Winter Soldier, Loki, and Star Wars: The Bad Batch. Disney is known to have acquired both Marvel Studios and Lucas Films. These acquisitions allow Disney+ to exclusively air their content on Disney+. Streaming exclusives are a staple for streaming platforms, and by the looks of it, Disney has got it right.

You can get a subscription to Disney+ for a monthly plan of $7.99. Consequently, an annual Disney+ plan will cost you $79.99. If you are an avid fan of Disney franchises, you may want to get an annual plan for Disney+. This will allow you to get a year-long plan for a price that will normally cost you ten months. In the case of India, Disney has collaborated with Star Network to come out with a re-imagined version of Hotstar called Disney+ Hotstar. This streaming platform allows the users to get the services o both platforms at a measly price of Rs. 1499 per year.