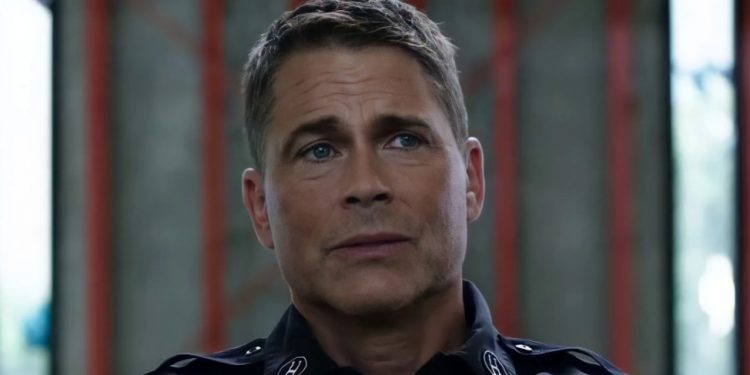 The next installment of 9-1-1: Lone Star Season 3 Episode 3 will see the team deal with the fallout from that deadly ice and snowstorm. And what to make of TK’s boss? Is he going to make it, or is he gone? Moreover, what happened to Grace’s baby? The last episode left so many things unanswered that we just need to know what happened to the team. After all, this drama is just beginning the season and already has us at the edge of our seats, with natural catastrophes, displaced persons, and babies on the way. What a ride!

If you’re not familiar with this show, this procedural drama television series ‘9-1-1: Lone Star’ is a spin-off of ‘9-1-1.’ The show focuses on Station 126’s first responders from the fire, police, and ambulance departments, with firefighter captain Owen Strand in particular. He is a divorced firefighter who relocates with his son from Manhattan to Austin, Texas. The show was developed by Ryan Murphy, Brad Falchuk, and Tim Minear and premiered in January 2020. Now, without any further ado, let’s begin taking a look at 9-1-1: Lone Star and what it has in store for us here at Otakukart!

A child looked out the window at the peculiar snowstorm and praised the other children for having a good time throwing snowballs. Then, finally, his mother would let him out despite his severe asthma. That didn’t deter him, though. He went out alone because the other kids had gone home. After all, it was too cold, so he played on the ice lake until it cracked, and he fell in.

Tommy and her team were the closest to the location when the older couple who found the boy dialed 9-1-1, so they went in to assist. Firstly, TK goes in and does his job to a T —pun intended. After that, TK crawled out to the boy, tying a rope made of sheets around himself. He chipped away at the ice until he could grab the boy, but he fell inside. Tommy and Nancy yanked the two out of the car and drove them to their ambulance, which slid down the hillside slightly. They moved the boy to the elder couple’s car to warm him while Nancy went inside to get warming equipment.

What happened to Marjan?

Judd had the fire department drop Grace some supplies at the grocery store. He inquired about Marjan, who he had not heard from in some time. Marjan awoke from the car accident and got out. There was no signal on her phone. After that, Officer Carlos was summoned to the hospital by Nancy. He found out that TK was in critical condition. Tommy alerted them to the fact that they needed to locate his father. TK’s father awoke in a barn, where he was rescued by some immigrants seeking refuge from the storm. Unfortunately, he was there, and the man he saved mistook him for a cop. Owen desired to transport them to a safer location. Suddenly, the coyote who was transporting them appeared, armed…

Tune in to Fox during regular programming hours to see the third episode of the third season of ‘9-1-1: Lone Star.’ With a valid cable provider’s login, the episode can also be live-streamed on Fox’s website or the Fox Now app. Aside from that, if you have a subscription to one of these live-TV streaming services, you can watch the episode live: FuboTV, YouTube TV, or Direct TV. After the episode has aired on television, it will be available on Hulu for viewing. Finally, you can rent or purchase the episodes on Amazon Prime Video.

9-1-1: Lone Star Season 3 Episode 3 will release on January 24, 2022, at 21:00 hrs Eastern Time, United States, on Fox. Firstly, every episode airs on Mondays. Secondly, the episode’s title is “Shock & Thaw”, and it was written by Ryan Murphy, Brad Falchuk, and Tim Minear. With this, we wrap up our coverage of 9-1-1: Lone Star here at Otakukart. Thank you for reading our piece, and please keep coming back for more daily updates.

Read Also: Rob Lowe Net Worth – How Did He Build His Fortune