In the times of action and thriller animes, what happens at the end of Tonikaku Kawaii has caught everyone’s attention. We all know the effect of Japanese mangas and animes all over the world. No doubt, it makes it important to discuss some major mangas that have captured our hearts. One such manga is the famous Tonikaku Kawaii. It is a worldwide phenomenon written and illustrated by Kenjiro Hata. The Japanese publisher Shogakukan published it. Tonikaku Kawaii was first out on May 18, 2018. Since then, manga has garnered an immense amount of fans across the globe. People have been smitten by the simple rom-com. It has been a part of our entertainment schedule undoubtedly for over three years.

Eventually, Tonikaku Kawaii has changed our perceptions regarding manga and animes. Instead of being a plot filled with action and thrill, this is a simple love story. Without any over-the-top drama, Tonikakau has passed the barriers of criticism. As a result, it has been a subject of appreciation for way too long. After almost three years, Tonikaku Kawaii seems to have come closer to its ending. Kenjiro Hata is known for writing extraordinary plots. Consequently, it seems like he has been successful in melting our hearts with a simple yet amazing romantic manga. The proof lies in the fact that people all over the world are desperate to know its ending. 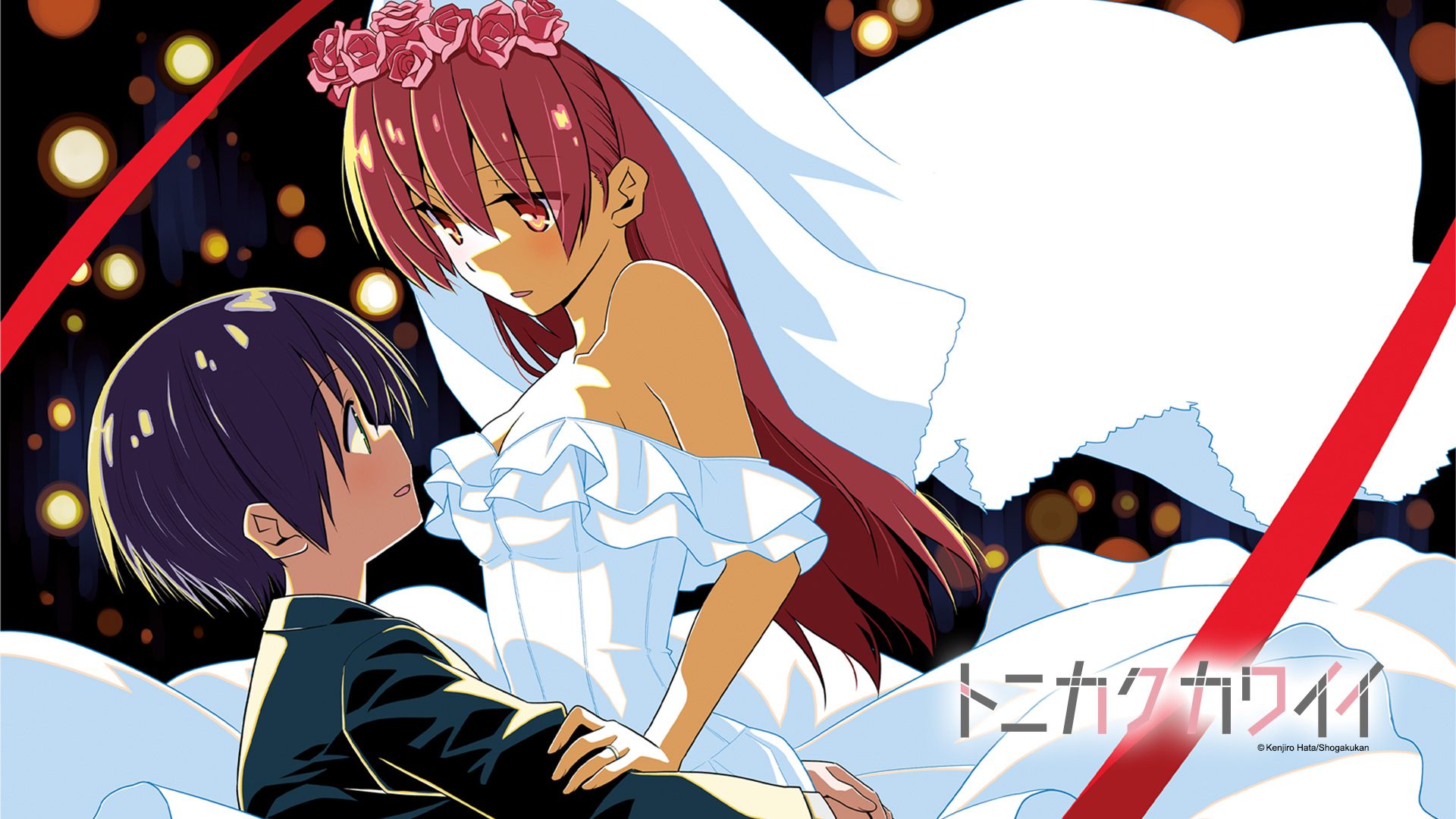 The simple story where the couple is yet to find love needs proper explanation. This is the beauty of Tonikaku Kawaii. Moreover, it is simple yet extraordinary. The writer and illustrator have done justice to his ideas. As of August 18, 2021, seventeen volumes have been published. This is also a reason why people are desperate to find out the ending. The recent chapter was titled “THE END APPROACHES?” It made everyone snoopy to gather information about the end. According to the latest volume, the plot has been twisted on a different tangent. The lovable main couple fights the emotion of jealousy throughout the volume. However, a hint of the supernatural blend is highly anticipated in the upcoming parts.

The manga is yet to show its end to the readers. Subsequently, the jealousy angle and the bamboo forest mystery have led to various assumptions. In the 118th chapter, the main female lead, Tsukasa Yuzaki, felt lonely. Her hardworking husband, Nasa Yuzaki, also the main lead, was too busy. Moreover, she feared that he might cheat on her. On the other hand, Nasa felt cute by seeing his wife jealous. After a sweet romantic environment, they both moved back to their respective works. 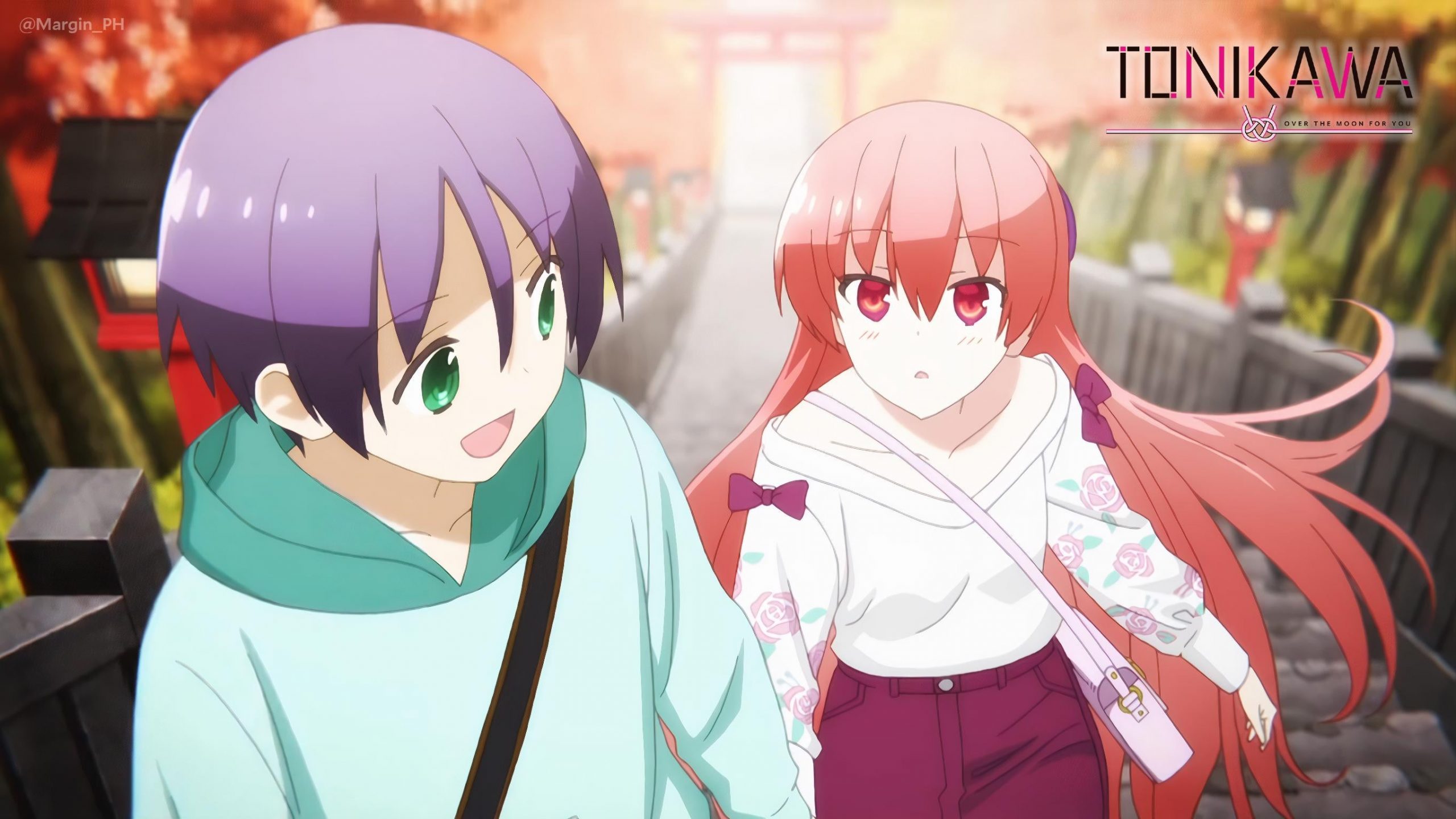 A still from the anime “Tonikaku Kawaii”

Tsukasa was seen leaving for home through the bamboo forest when she heard a voice. It was Kaguya. It seemed like they had both knew each other for a long time. Both of their reactions were proof of it. Eventually, the seventeenth volume came to an end. Indeed, it was a good way to trigger our curiosities. People have been assuming whether Kaguya is real or not. Whether the forest is real or supernatural? All these assumptions are expected to uncover in future volumes.

The Plot Of Tonikaku Kawaii

An extraordinary plot for a manga indeed. It may sound absurd, but it is true. Tonikaku Kawaii is a romantic manga. It revolves around a boy named Nasa who experienced love at first sight. However, it was not an ideal age for him to marry or pursue the girl. But the strength of love was undeterred. As a result, Nasa followed the girl and ignored an approaching truck. Luckily, his life was saved by the same girl. Falling harder for her, Nasa confessed his feelings and asked her to be his girlfriend. She was none other than Tsukasa Yuzaki. It was love at first sight from both sides. But there was a twist.

Tsukasa agreed to enter into a relationship but only when he marries her. It was a shock for him. As the story progressed, both of them grew into adults. Nasa was not in the mood of searching for the girl who saved his life and made this weird demand. But she was his destiny. As soon as he turned 18, Tsukasa was at his doorstep with a marriage form. Tonikaku Kawaii hence deals with the blossoming love story between Nasa and Tsukasa but after marriage. This is the reason why the innovative manga has gathered this huge amount of appreciation.

More About The Manga

Owing to its popularity, the manga was adapted into an anime television series adaptation. It aired between October 3, 2020, to December 26, 2020. As of now, only one season has been aired. However, it has made enough impact on our minds. The Japanese manga has been released in the English language as well. The first English volume came out on September 8, 2020. The five volumes of English release have made it one of the most-watched and liked romantic manga ever. It goes by the English title “Fly Me to the Moon”.