Midsomer Murders is a crime detective thriller series on ITV aired since 1997 with 22 seasons till date. With Tom Barnaby's wife, we mean Joyce Barnaby. What happened to her? 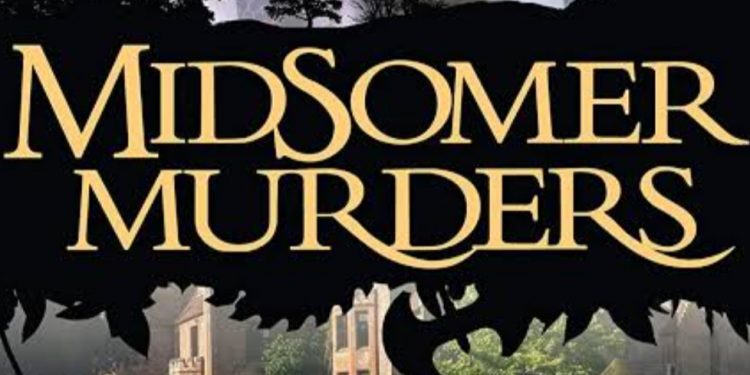 Midsomer Murders is an English crime detective drama series which is having 22 seasons to date. If you are craving some thriller, killing stories with loads of suspense to spice up your weekend, Midsomer Murders is the right choice. Starting from the basics, the drama has been adapted from the Chief Inspector Barnaby book series by Caroline Graham. Talking about its creation, it’s done by the duo Anthony Horowitz and Douglas Watkinson respectively. With the title itself, you must have assumed that the drama centers on several murder cases happening in the small region of Midsomer County. The main detective with his group tries to find the real culprit behind these murders. Not only that, but they also try to seek the motives of their such killing actions.

Here, we will discuss what happened to Tom Barnaby’s wife in the Midsomer Murders. With the wife, we mean Joyce Barnaby. If you haven’t watched the series yet, I highly recommend you to start watching it. This article will contain spoilers. So, make sure you read this article knowing the presence of spoilers here. Without further ado, let’s begin today’s article.

Midsomer Murders: Why did Joyce Barnaby leave? What happened to her?

By now, you must know the identity of Joyce Barnaby. She is the wife of the former detective chief inspector, Tom Barnaby. Her character is very simple who enjoys every second of her life. As far as her pass time or hobbies are concerned, Joyce loved painting and dancing. She always wanted to stay in Midsomer because of the uncertain murders that kept taking place frequently, Joyce decided to leave. Her last appearance was in Season 13 Episode 8 which is titled Fit For Murder. Her status was alive and thus fans started wondering what happened to her.

It was the same time when her husband Tom Barnaby left the series following his retirement and handed over the responsibility to his cousin John Barnaby. Also in some interviews, she mentioned how badly she wanted to play another kind of character, though she loved Joyce. She also added that she was tired of playing the nicest character of all time. Some fans of the show believed her to be the secret killer behind all the murders taking place. There have been several assumptions made on her exit from Midsomer Murders.

Talking about the cast members of the thriller Midsomer Murders, it has an ensemble one. Each of them has performed well and has earned loads of success and positive comments from the critics because of their outstanding acting. The list includes- John Nettles, Daniel Casey, Barry Jackson, Jane Wymark, Laura Howard, John Hopkins, Jason Hughes, Kirsty Dillon, Neil Dudgeon, Fiona Dolman, Tamzin Malleson, Gwilym Lee, Nick Hendrix, Annette Badland, and many more.

The Plot in brief

Midsomer Murders is a crime detective thriller drama which started to air on 23 March 1997. Continuing with 22 seasons, it has lastly aired in August 2021.

Moving on with the plot, the drama focuses on the several murder cases taking place in the small region of Midsomer County. The main character earlier was DCI Tom Barnaby. But now, he has left the series giving the responsibility to his cousin DCI John Barnaby. Whereas, Joyce Barnaby is the wife of Tom Barnaby who is also one of the most important characters of the drama. The Barnabys work together in finding the culprit behind the murder cases. They try to seek the motive of their harsh killing actions.

In case, you haven’t watched any of the 22 seasons of the crime drama Midsomer Murders, you must be wondering where you watch it. What are the platforms where the drama is available? Well, all the 20 seasons of the drama are available on Acorn TV and BritBox. If you have access to these, you are good to go. What are you waiting for?

Also read: Midsomer Murders Season 22: What We Know So Far