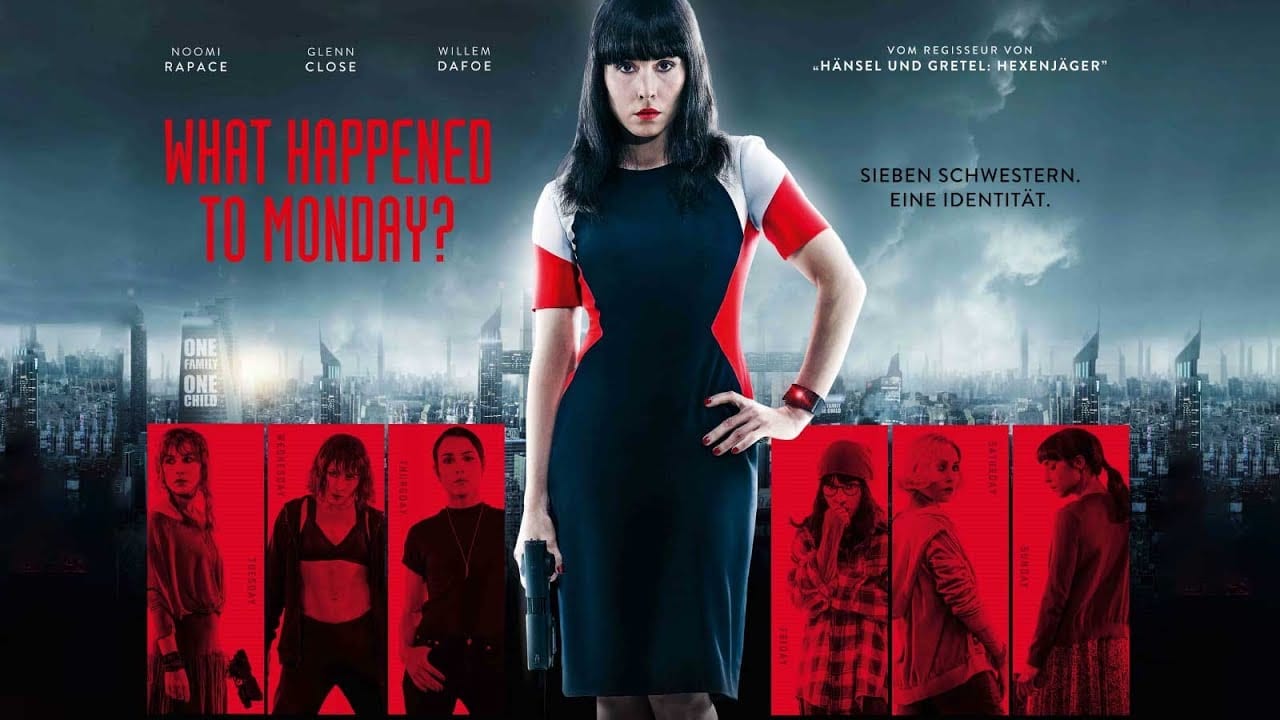 What Happened to Monday is a dystopian sci-fi action that came out in 2017. The film is directed by Tommy Wirkola with the screenplay penned by Max Botkin and Kerry Williamson. The film stars Noomi Rapace who plays seven sisters who are identical twins. It also stars Glenn Close and Willem Dafoe. The plot revolves around a family of identical septuplets who all live with their grandfather. They live in a world where overpopulation has resulted in the strict implementation of the one-child policy. Soon, one of the sisters goes missing. Now the rest of them must find her while keeping their anonymity.

What Happened to Monday hit theatres in Europe and Asia on August 18, 2017. Netflix released it in the US, UK, and Latin America on the same date. As far as the critical reception goes, the film didn’t do very well. The reviews of the film range from negative to mixed at best. For a film that has an intriguing and unique premise, the script doesn’t really deliver. The performances are all lukewarm with actors trying their best to make most of a shoddy script. It lacks the creative ingenuity or the spark that could complement its premise.

The film is set in the future world of 2043, where overpopulation has led to a worldwide crisis. Most of Earth’s resources have been exhausted. To mitigate the crisis, the powerful Child Allocation Bureau has enforced a strict one-child policy. Everyone has to abide by the policy. Under this policy, every child in a family except the eldest one is put into cryosleep. They will be under cryosleep until humanity has found another abode or a way to replenish natural resources.

Noomi as the identical septuplet sisters.

What Happened to Monday — Plot Details and Synopsis

Somewhere, a woman named Karen Settman dies after giving birth to identical septuplet sisters. She is survived by her father, Terrence, who must now keep his grandchildren from being put to cryosleep. He eventually comes up with a plan. He plans to make all the sisters assume a single identity for the outside world. They must take turns playing this identity, in an unsuspicious and identical way, one by one. He names the septuplet after the weekdays. The identity they all have to assume is named after their mother, Karen Settman. And thus, each sister leaves the house on the day that corresponds with their name.

Terrence makes sure that the girls follow this routine to not give away their secret. The sisters maintain the identity of a single individual. And to maintain the identity, Terrence also ensures that every sister shares daily information with others. They must share every minute and significant detail that pertains to physical interaction. It is necessary so that they are aware of a physical accident that might have inflicted an alteration to their appearance. The next ones in line would then know what to change in their physical appearance to keep up the facade. For any such change in appearance, the girls generally use makeup and wigs to keep them from being spotted. One day, Thursday sneaks out of the house and gets herself injured. She suffers harm to her index finger while skateboarding. Terrence then amputates part of the index finger of all the sisters to maintain consistency. 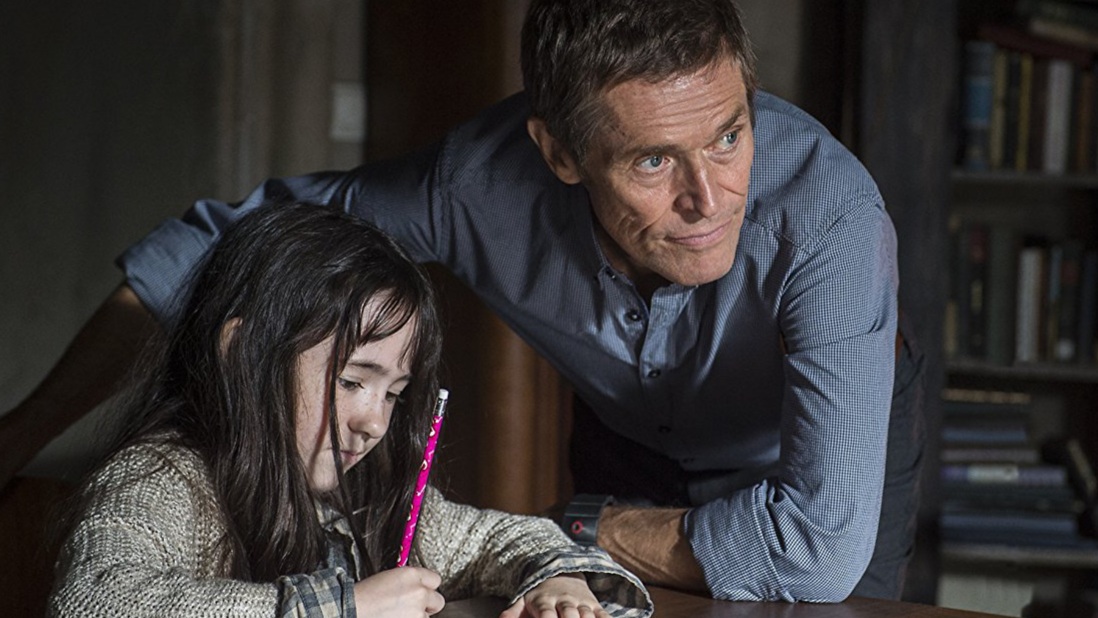 It is now 2073 and the sisters have all grown up. Monday is nervous about giving her presentation. She prepares her disguise and heads off to work. At one of the checkpoints, she bumps into a C.A.B. agent, Adrian Knowles. He seems to be into her and flirts with her. Later, at the bank, Monday is sort of blackmailed by her co-worker Jerry, who is her competitor and seems to know what’s up. Afterward, when Monday doesn’t turn up back at home, Tuesday decides to go look for her. She retraces her footsteps and follows up. At the bank, she learns that Monday received the promotion and met Jerry at a bar. Before she can learn more, she is abducted by C.A.B agents, with her communications cut off. Tuesday is taken to Nicolette Cayman in the C.A.B. facility where Adrian sees her being escorted.

In the cell, she meets Nicolette, who is the head of the Bureau and a parliament candidate. Cayman tells Tuesday that she knows all about her siblings. Tuesday tries bribing her but Cayman declines her saying that Monday tried to bribe her similarly. Cayman then orders the C.A.B. agents to kill Tuesday’s sisters. C.A.B. agents break inside the Settman house. They use a severed eye to overcome the retinal scanner. The assassination results in Sunday getting killed while the rest manage to kill all the agents. The sisters find the severed eye to be Tuesday’s. They now suspect Jerry of selling her out. The following day, Wednesday confronts Jerry at his house. Jerry tells her that “Karen” received her promotion after she sent millions of euros to Cayman for her campaign. Jerry gets killed by a C.A.B sniper while Wednesday escapes.

Meanwhile, Adrian comes knocking at the sisters’ house concerned about “Karen”. Thursday deduces that Adrian must be in a relationship with one of them. She then persuades Saturday to go with him. Saturday is a virgin and has sex with Adrian at his apartment. She was told by her sisters to link her and Adrian’s bracelets, which she does, gaining access to C.A.B. The sisters hack into the C.A.B. and find a video feed of Monday held up in a cell. However, C.A.B. agents ambush Wednesday and kill her. And when Adrian leaves his apartment, the agents arrive and kill Saturday. Before dying, Saturday tells others that Adrian was dating Monday. Meanwhile, the sisters’ apartment is also raided by another squad. Friday then blows up the apartment, sacrificing herself to save Thursday. Thursday flees to save Monday.

Adrian learns about the incident and goes back to the Settman apartment. Thursday confronts him in a car and blames him for getting her sisters killed. Adrian becomes aware of the septuplets’ existence and says that he loves Monday. He then covertly sneaks inside C.A.B. headquarters with Thursday. Inside the headquarters, Thursday records a child being put to cryosleep. That’s when she witnessed a terrifying revelation. The child undergoing cryosleep is not frozen but killed through incineration. Thursday and Adrian then find Tuesday in a cell with one of her eyes gouged out. Thereafter, they search for Monday but soon discover that they’ve been has sold out to Cayman by her. 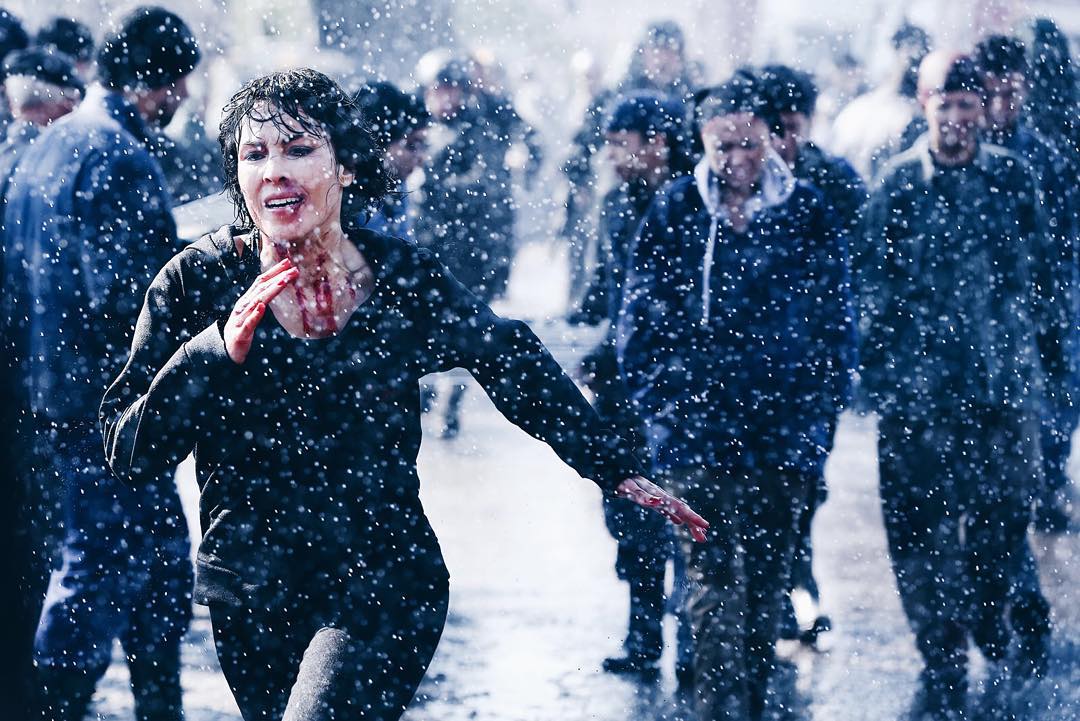 Still from What Happened to Monday.

Later, at Cayman’s campaign, Thursday confronts Monday inside a restroom and fights. During the scuffle, Thursday accidentally shoots Monday. Outside, Adrian and Tuesday play the video footage that Thursday shot of the incineration. To Cayman’s absolute horror, the even attendees all turn to her with anger. She tries to justify her deeds by claiming that the children went out without suffering. But when that was to no avail, she jumps on Tuesday to kill her. She is soon pulled off by the guards while out of the restroom comes Monday, with a gun in her hand. Joe, the head of C.A.B. security shoots Monday to which Adrian responds with shooting and killing him.

The crowd dissipates and Monday reveals that she’s pregnant with twins. She asks Thursday to keep her unborn twins away from the C.A.B., as she dies from her gunshot wounds. Later, the Child Allocation Act is abolished. Cayman gets the death penalty. Now Monday’s twin children are developing inside an artificial womb. Tuesday decides to adopt “Terry” as her new name and Thursday decides on Karen.

What Happened to Monday has a great premise. Unfortunately, the film isn’t able to live up to the expectations one would have from such a premise. The movie does a great job at being thrilling though. Each sequence plays out, and you’re bound to your seat in suspense of what’s gonna happen next. And there’s a fair bit of gruesome violence so that raises the stakes and amps the thrill. She has previously proved her action chops as the original Girl With the Dragon Tattoo. But here she gets to show her incredible range.

One of the best aspects of the film is Rapace’s strong performance. She gives her best and excels at portraying the eclectic range of characters in the form of the septuplets. Playing 7 different characters is a daunting task but Noomi makes it look easy. She brings quite a bit of spunk when it comes to physical performance. Noomi is a great actor and her performances here prove it. Whether it’s the insecurity, strength, flaws, nerd, or eccentricity — Noomi delivers. 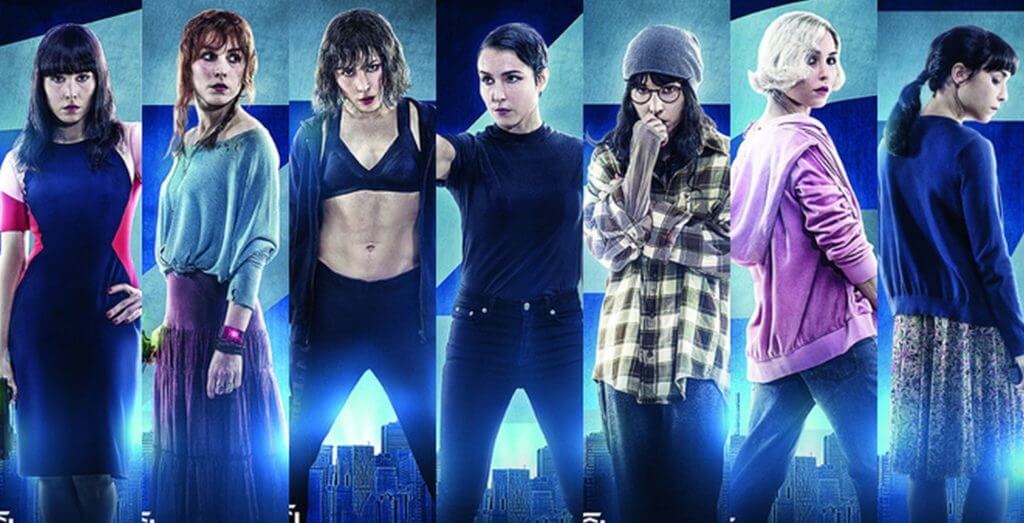 Noomi Rapace plays identical septuplets in What Happened to Monday (2017).

While Noomi and other actors do a good job, the film still suffers because of a lackluster script. This is unfortunate because the movie is brimming with potential. The logical inconsistencies and plot-holes don’t help either. The only reason to watch the movie might be Rapace’s dedicated performance(s), in an otherwise generic and mediocre film. My rating for What Happened to Monday is 2.5/5.