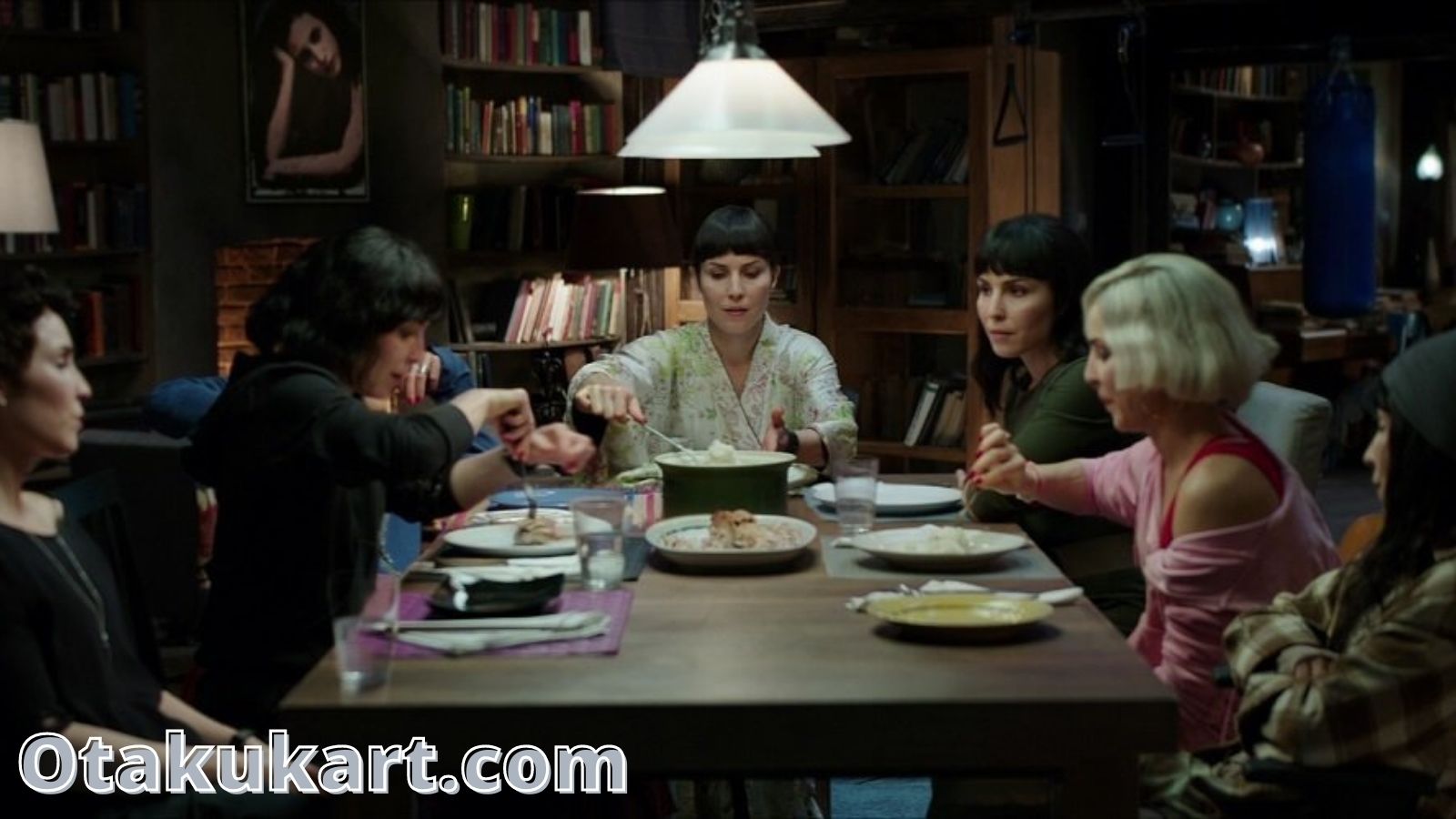 What Happened to Monday Ending Explained! In his previous films, Tommy Wirkola has given us some delightfully strange films, such as ‘Dead Snow,’ which featured Nazi zombies, and ‘Hansel and Gretel: Witch Hunters,’ which turned Hansel and Gretel’s characters into an adventurous tale. ‘What Happened to Monday,’ a dystopic sci-fi thriller by Wirkola, addresses critical issues such as overpopulation and ethical issues surrounding scientific modifications, creating a story that is relevant to our times.

A terrifying ordeal places the sisters in life-threatening situations, forcing them to overcome numerous challenges in order to uncover some dark secrets. ‘What Happened to Monday,’ written by Max Botkin and Kerry Williamson, is a gripping science fiction film that leaves an indelible impression. The film’s themes and narrative revolving around the seven sisters drew us in, and we decided to delve deeper into the details for a more informed perspective. Here’s what we’ve figured out.

What Happened to Monday Plot Synopsis

Overpopulation has resulted in a global crisis and food shortage in the year 2043. There are insufficient resources to feed the population due to the effects of climate change. To increase yield, scientists have turned to genetically modified crops, which has resulted in a larger problem. The consumption of these crops has boosted fertility and birth rates, resulting in even more population growth. To counteract these effects, the government has enacted a one-child policy, in which every second child in a family is placed in “cryosleep,” a vegetative state that can be reversed when better circumstances arise. 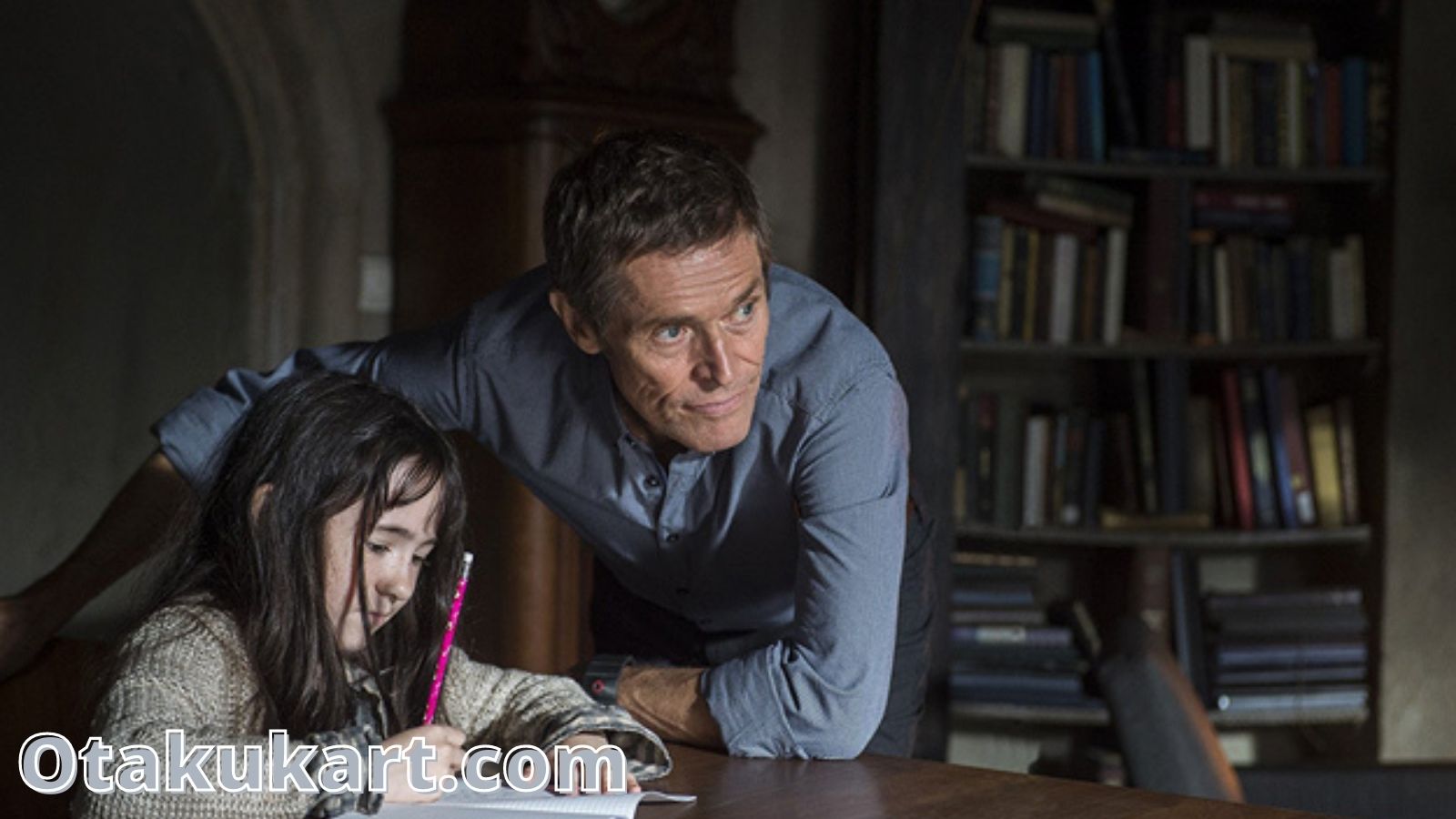 Karen Settman dies while giving birth to septuplets who are all identical. The septuplet’s grandfather, Terrence (William Dafoe), decides to raise them in secret because he is afraid of the Child Allocation Bureau (enforcer of the one-child policy). The children are taught to conceal their identities and are given names based on the seven days of the week, with each one being given permission to leave on their namesake day. They can hide in plain sight, and the sisters have been groomed so that their strengths complement each other’s flaws. While living together in an apartment, the sisters must maintain a consistent appearance and behavior in public.

They disguise themselves as Karen Settman and work in a bank. Monday fails to return home on her designated day out, causing panic among the other sisters, who fear that their cover will be blown. Tuesday tries to track down Monday, but the C.A.B., led by the ruthless Nicolette Cayman, apprehends him (Glenn Close). To gain access to Tuesday’s apartment, they gouge out her eyeball, which is protected by a retina scanner.

Sunday is killed in the ensuing attack by C.A.B agents. As the remaining sisters try to figure out what happened to Monday, they become embroiled in a series of heinous events that put their lives in jeopardy. Thursday and Tuesday manage to complete their mission, while the other sisters are killed while attempting to fight off dangerous agents and suspects, including Jerry, a bank coworker.

What Happened to Monday Ending Explained

The C.A.B’s ruthless leader, Nicolette Cayman, is in charge of enforcing the one-child policy. Her elaborate scheme of ‘cryosleep’ is nothing more than a ruse to keep a charade going in front of the public. She hopes to gain a position in the government by leveraging her position and her ostensibly effective administration. Thursday and Tuesday discover that ‘cryosleep’ is effectively a moniker for a method of disposing of the victims of the one-child policy, exposing her megalomaniac ways. The children who are kidnapped are secretly incinerated as part of this program. 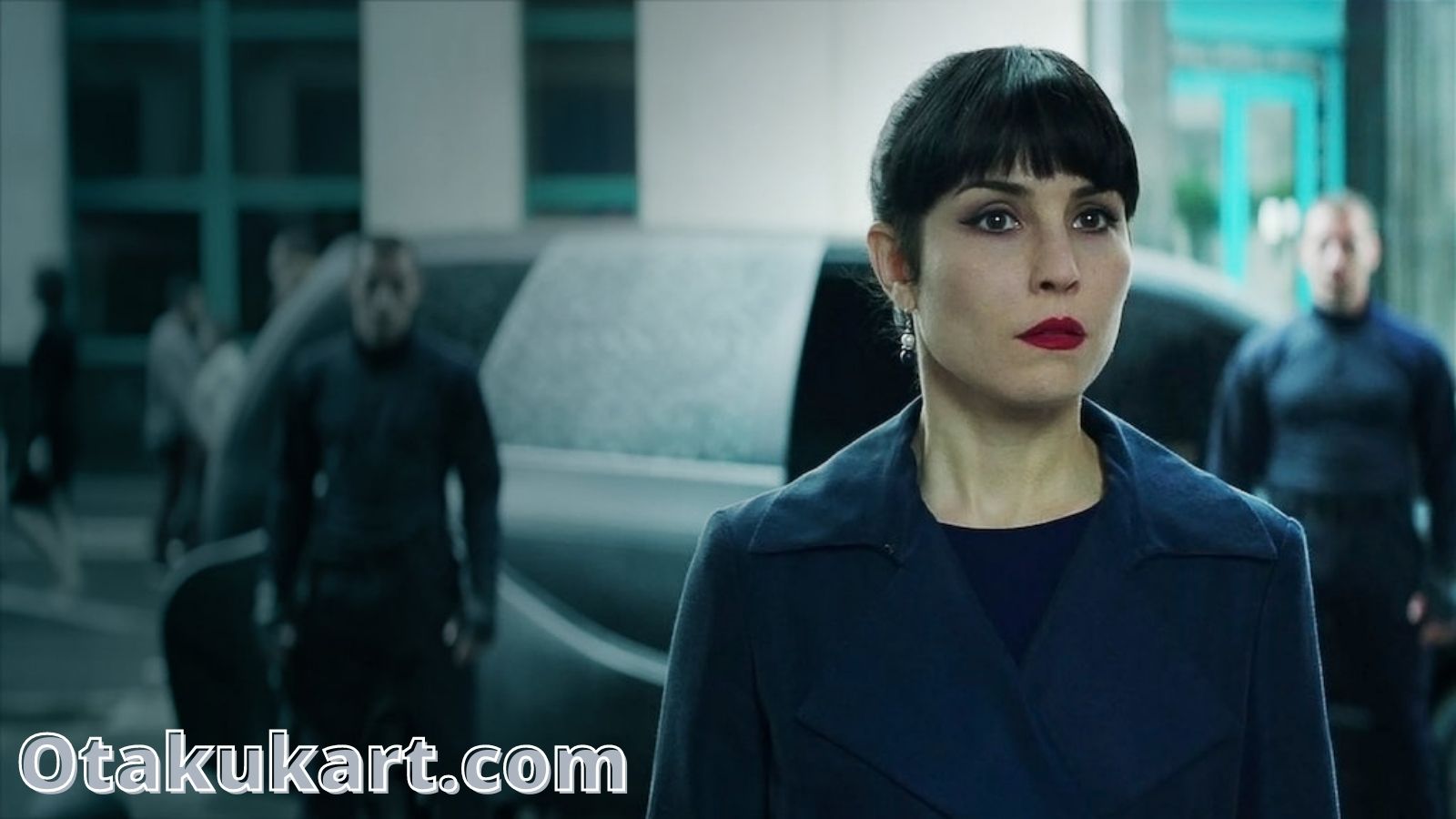 Monday ends up in a romantic relationship with C.A.B agent Adrian Knowles and becomes pregnant with twins. She makes a deal with Cayman to protect her children by disclosing her sisters’ information for her own safety. Cayman is devastated when her secret is revealed to the public. The program comes to an end when she is apprehended. The final scene of the film depicts hundreds of babies in a large ward being cared for by nurses. Following Cayman’s capture and the disbanding of “cryosleep,” the population has exploded in ways never seen before.

The film ends with a twist that forces us to consider Cayman’s ideas, and while the method is unethical, there is some truth in the facts. Despite her evil ways, it appears that her intentions were good. The film forces us to consider our current situation, which is exacerbated by overpopulation, which has resulted in a massive imbalance in our natural resources. Despite the fact that no more children are killed and the dread fades, the maternity ward’s expansive shot is symbolic of the difficult times ahead. Perhaps the ending can be interpreted as a bleak warning of our impending doom if genuine corrective measures are not taken.

Why is Tuesday Kept Alive?

The C.A.B agents track down all of the siblings in their quest to learn more about Monday. Cayman keeps Tuesday confined in order to use her as a bargaining chip against Monday. Monday bribes Cayman for her own safety, and Cayman, being the master manipulator that she is, decides to keep Tuesday alive in the case Monday backstabs her.

Cayman could expose Tuesday to the world if Monday changes her mind, turning the public against Monday. Monday is completely unaware of this, giving Cayman the upper hand in their negotiations. Keeping Tuesday alive is the only way to guarantee Cayman’s entry into the governmental system. When things don’t go as planned, however, Adrian and Thursday come to the rescue of Tuesday.

Why Does Monday Betray Her Sisters?

Monday’s betrayal stems from their upbringing in such deplorable circumstances. Thursday sneaks out of her house for skateboarding in one scene, and she cuts one of her fingers as a result. Her grandfather gives all of her siblings the same haircut to keep their appearances consistent. This sequence depicts the sisters’ carefully curated lives, which have a significant impact on Monday. She aspires to form a relationship with Adrian Knowles and live a normal life as a woman free of the dogmas of a dystopian society. 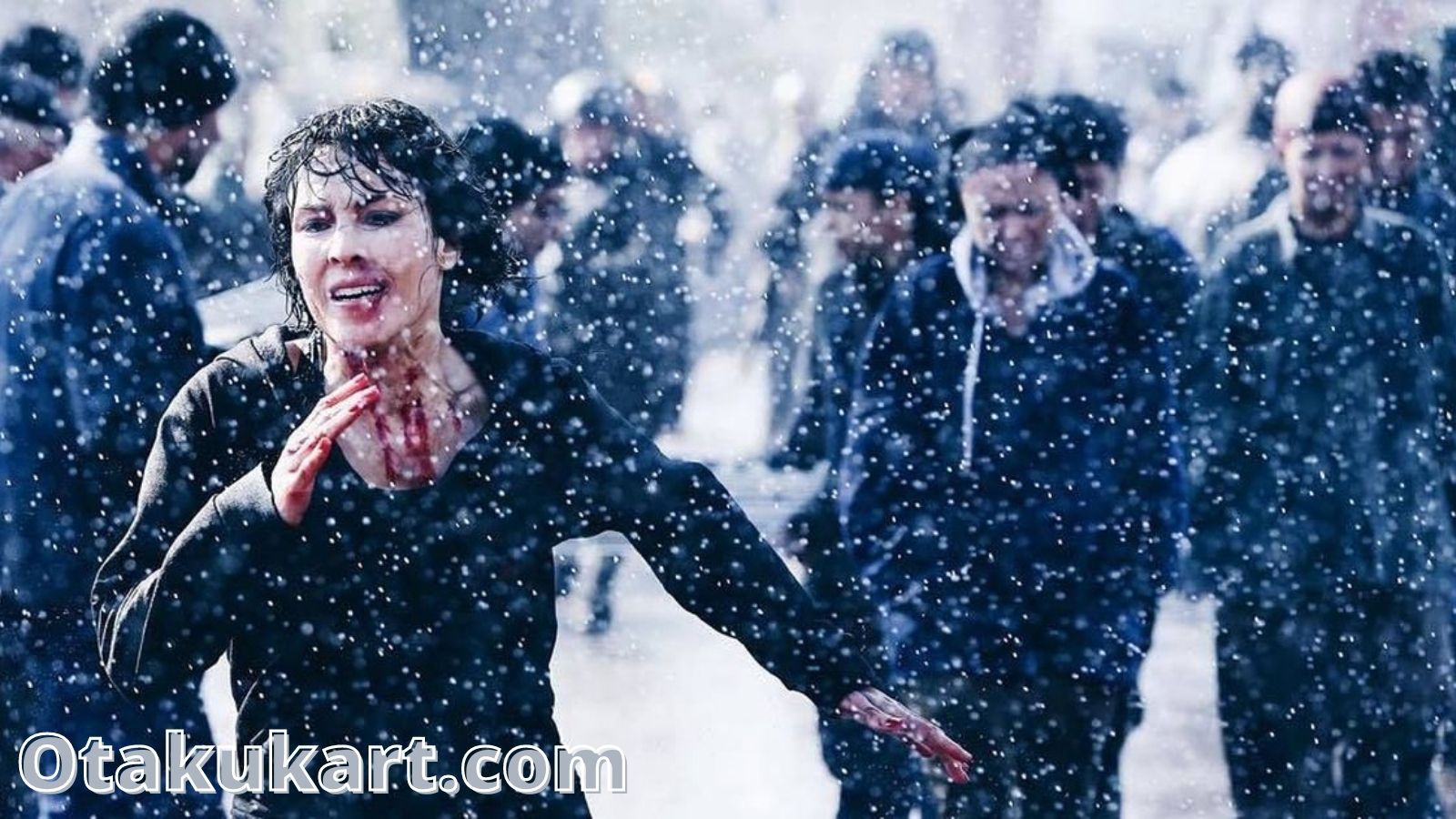 Desperation forces her to deal with Cayman to protect her twins as she becomes pregnant. Her deception is motivated by maternal instincts as well as her growing resentment of her hidden existence. Adrian’s devotion to C.A.B. is shattered when he discovers the truth about the ‘cryosleep.’ He aids the sisters in their escape from the C.A.B. and saves his twins from the dreaded one-child policy.

Monday and Adrian’s shared desire to become parents eventually forces them to defy the odds. Even her sisters, Thursday and Tuesday, who have lost almost their entire family, are able to forgive Monday while she dies of a gunshot wound. They see Monday’s twins growing in an artificial womb and give them the names Terry and Karen, possibly in honor of their grandfather and their mother, Karen Settman.