What Happened in the Jennie and Jisoo Vlog? 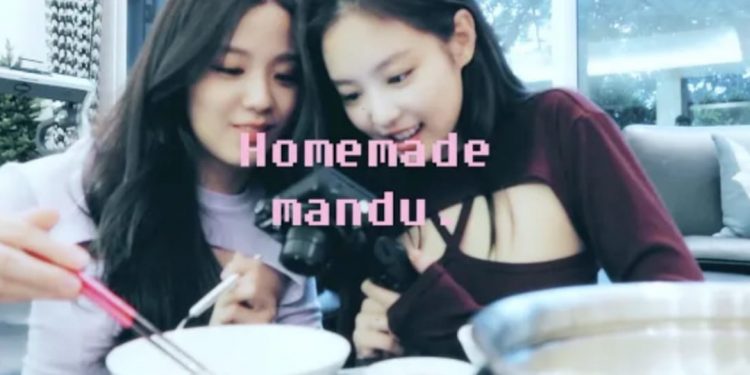 “Homemade Mandu” is the name of the latest vlog on Jennie’s Youtube Channel, where Jisoo appeared alongside Jennie. Jennie Ruby Jane of Blackpink started her side career as Youtuber in January of 2021 as a gift to the fans. She very quickly proved her skills as a Vlogger in her first video, when she showed around her daily life activities. The channel has been doing very well ever since Jennie’s Debut as a Vlogger and has managed to gain a massive following of 7.16 Million subscribers in less than a year. Jennie’s fame as a Korean Pop Idol has helped her be one of the few people to gain such a high following in such a small amount of time. Jennie posts teasers to her upcoming vlogs on her Instagram account “JennieRubyJane”, where she has 59 Million followers.

In the latest vlog on her channel, “JennieRubyJane Official,” Jennie and Jisoo are seen to be together. It appears as though they are at Jennie’s place since she says so during the Vlog. The two members of the band make Mandu, a Korean Delicacy of Dumplings. They can be steamed, boiled, or fried. Jisoo and Jennie have store-bought Mandu ingredients in front of them as the video starts off.

What are Jennie and Jisoo preparing in the Vlog?

Jisoo had offered Jennie to make Mandu before the Chuseok holidays instead of the traditional Rice Cakes that are eaten during that holiday. Jisoo has had experience in making Mandu by a professional because of a Variety Show she went to once. They start by rolling out the doughs in flour and folding them into different shapes with the filling inside. Jennie wishes to make the twisted-shaped Mandu but is unable; meanwhile, Jisoo does it without much trouble thanks to her prior experience in making them. They compare the flour coating step to set their faces with powder after completing their makeup.

Jennie even remembers Rose and tries to make a rose-shaped Mandu for her. The editors, at one point, refer to Jennie as Kim Mandu because of the various and new ways she was folding her Mandus in. Jennie and Jisoo’s plan is to make Mandus and eat them along with Ramyun. They kept getting impatient, and Jennie even dipped her entire Mandu Dough in the water to speed up the process of folding it into shape. Jisoo said that if Baek Jong-Won, Korea’s most renowned Chef, saw their techniques, he would question his teaching skills.

“I taught her properly, but what happened to the Mandu”, Jisoo said referring to the time Jong-Won had taught her on the Variety Show.

After a time skip required for cooking the Mandu, Jisoo and Jennie are back at the table with Ramen and Kimchi as well. The Mandu turned out good, with the flour on it surviving all the steam. They seemed excited to have their own handmade Mandus as they dove right in.

“Wow, it’s got strong flour flavor. The filling is tasty though.” Jisoo says after trying their handmade Mandu.

How was the Food?

Jennie and Jisoo enjoy their Ramen, Kimchi, and Mandu on screen. They decide that they will go to places to eat, and not cook the next time. We also see Jennie struggling with the spicy Ramen while Jennie enjoys the same food. Jennie recalls the day before when she watched a video made by a fan that pointed out how well Jisoo knows Jennie. Upon seeing this, Jennie is provoked to show the fans that she knows Jisoo just as well. Jisoo questions Jennie about facts that are not so well known, like the kind of food she eats when she’s abroad, her favorite number, and her favorite color.

After finishing their meal they share their views of how they did with the Mandu. Jennie and Jisoo both stated that they were unsatisfied with the skin of the Mandu but thoroughly enjoyed the filling inside. Apart from that they also stated that they enjoyed the Ramen and Kimchi. Towards the end, Jennie reveals that she has a gift for Jisoo and reveals the Custard Cream Bread she had bought for Jisoo along with an Apple Crumble Pie for herself. We find out that Jisoo is a big fan of Custard Cream Bread from Yeon-Hui and would regularly eat it during her trainee days. The two of them enjoy their desserts in their matching outfits as the end to the Vlog. Jennie thanks Jennie for her special appearance on her channel, and they say goodbye and end the vlog for the day.

Also Read:  Blackpink’s Lisa Has Fully Recovered And Has Started To Domiante The Fashion Industry