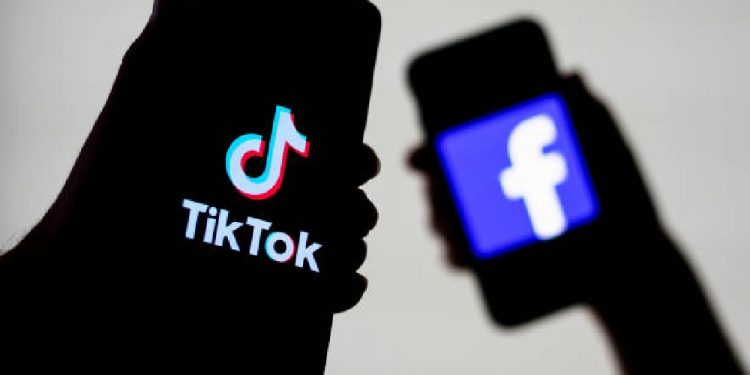 What Does Mid Mean In Tiktok

TikTok has grown globally in recent years, especially with the new generation born, but the rise of TikTok has led to a different set of slang words. Slang words like LOL (Laugh out loud), ROFL (rolling on the floor laughing), and FOMO (fear of missing out) are what most of us know. Quickly scrolling through TikTok, and some terms keep popping up. You may not know what it means to begin with, but at some point, you will use it anyway. The creators find new slang words on TikTok every day. Let’s come to one of the most common ones. Some slang terms seem endemic to certain social media platforms and their subcultures, which can be a bit confusing for some. A big question now being asked by many TikTok users is, for example, what is the “mid” of the short video platform?

The topic below is about what the Tiktok environment means to help readers understand the importance of the recent spread of regional languages ​​and what is being talked about on social media. Do you often hear unusual and different slang on social media and keep searching for its meaning? Some mother tongue expressions seem to be unique to certain social media platforms and subgroups, which can be confusing to certain people.

What Does “Mid” Mean In Tiktok?

“Mid” is basically an abbreviated version of the adjective “mediocre”. The term is defined by Urban Dictionary as follows: “Used to offend or humiliate a different opinion, indicating moderate or poor quality.” TikTok’s popular voice includes the term “mid”, and users have started using voice to describe things they think are mediocre. For example, some TikTokers share a selection of food restaurants that they take for granted.

Where Did The Trending Term Originate?

The term “mid” has been used as an adjective in slang dictionaries for some time, but the word has only just started to spread on TikTok. What just happened? American professional wrestler Maxwell Friedman seems to have taken a particular interest in the phrase after grilling the Midwest at AEW. On a live broadcast of All Elite Wrestling, Friedman exclaimed: “It’s called the Midwest because everything in it is average.” The athlete then proceeds to list the common parts of the Midwestern concept that he finds mediocre. As the sound started to explode online, @allelitewrestling shared the original AWE footage on TikTok on October 29, 2021.

“Mid” on TikTok usually refers to something that is not worthy of praise.

While there are many people who dream of being praised for their work, we believe that there will be many who are willing to share their true views on things. It’s gotten to the point where someone looking to post online images, song remixes, or edited videos calls their work “mid” to narrow down their own critique, as opposed to photographing stars and putting everything into what they create. The whole “I can do it if I tried” misconception is that people who are now hiding behind the word “mid” to get rid of the catapults and arrows of people rushing to find faults in the content they show are selling themselves out.

“Mids” can also refer to a specific type of weed.

According to Urban Dictionary, accusing someone of smoking mids can be seen as a solid affront: “The ultimate insult given to a person who cannot get any dank and proceeds to purchase a small number of mids specifically for the purpose of rolling and smoking. Use of such an insult should not be taken lightly unless the person does indeed smoke mids blunts all day every day.” However, if someone is about that mids life, then it’s hard to knock them for it.

Is the “Mid” Slang getting unearned praise?

On TikTok, “mid” normally relates to one that has received false attention since many people like to have their work acknowledged on the internet, while others get unearned praise. You can see there would be a group of people willing to express their true feelings about the situation, such as What Does Mid Mean on Tiktok.

Also Read: How Old Is Ricky From Tiktok? What Is He Famous For?