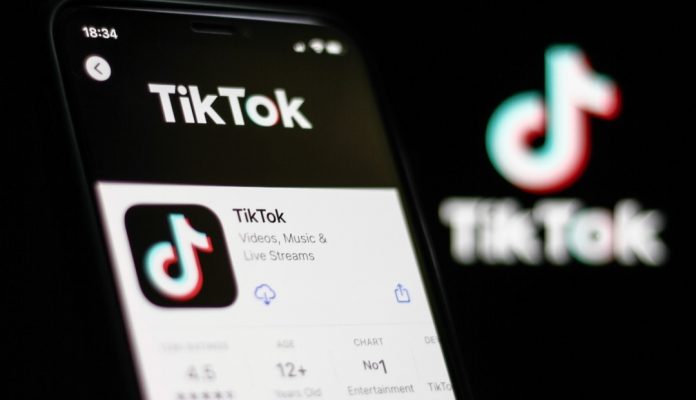 If you are a TikTok user, then for sure, you might be wondering what ‘1312’ means on TikTok. As a user scrolls down TikTok videos, one could see this brand new trend with Hashtag #1312 has taken over the whole platform. The users are enjoying making 1312 videos on TikTok and getting millions of likes. This trend is getting viral every single day, and everyone is now interested in knowing what ‘1312’ means on TikTok.

TikTok emerged as one of the majorly used platforms for sharing short videos. In the last few years, especially because of the global pandemic, it has witnessed rapid growth in its users. If we look at the statics, TikTok is one of the most downloaded apps in the world. The Chinese app is pretty popular in countries such as the USA. However, it is a banned in countries such as India.

Previously, US President Donald Trump talked about how this lip sync video-sharing app affects people’s life and work at the office. Also, some people signed the petition to ban the app in the country because sometimes some unsocial videos become the trend and thus lead to damage. Nonetheless, fans still enjoy the application and are always curious to know about the new trends. 1312 is getting popular on TikTok, and here in the article, we will talk about what 1312 means on TikTok. Let’s dig deep into the article and find out what 1312 means on TikTok.

1312 is nothing but the numerical code of the English alphabet “ACAB.”

This trend is also popular by the name of ACAB, which is an acronym for “All cops are B****ds.”

The phrase enjoys its history. Back in the 1940s, the strikers used this negative phrase when they had a negative police interaction. Till the 1970s, it became quite popular in the country. However, during that time, ACAB was popular, and now ACAB turned into 1312.

In 2016, when the George Floyd case took over the Internet, the word again hit the headlines. Twitter was overloaded with comments using the hashtag “1312” or “ACAB.” During that time, the trend was getting popular on TikTok. People were making interesting videos and uploading them on TikTok. As the audience is enjoying it, the trend is getting viral.

Also Read: What is Fake Body on Tiktok? Everything You Need To Know

Who Is George Floyd?

For the unversed, George Floyd was an African-American Black man who was gulped to death by a white police officer on May 25, 2020. This trend became popular after his death as people used it to support him and ask for justice. The incident took place in Minneapolis, Minnesota, after the cops suspected Floyd might have used a counterfeit $20 bill. The incident was spread like wildfire and was in the headlines.

From celebrities to commoners, everybody came forwards in support of Floyd. People were highly angry with the cops, and there were several comments, videos, and tweets that went viral on the Internet. Following the incident, 1312 trends became popular on TikTok.

Why Is It Getting Popular On TikTok?

1312 or ACAB videos on TikTok are usually used by people to put forward their idea and anger that they have toward cops. If you have seen any of the videos with #1312, you might be aware that usually, the users make the videos to make fun of police officers.

They are using the TikTok to promote their idea and opinion. Interestingly, cops are also getting along with the trend. In one of the videos, a policeman is seen crossing a car. There was a woman in the car who needed help, and she was constantly screaming, “Please Help.” The cop in his uniform passes over the car with ACAB written on the back of his shirt. It was quite funny to watch, but the video received millions of views and is surely loved by the audience.

1312 was quite popular back in 2020. Nonetheless, people still loved to watch the videos on 1312. However, the anti-defamation league classifies the acronym as a hate acronym as it is usually used to express anger.