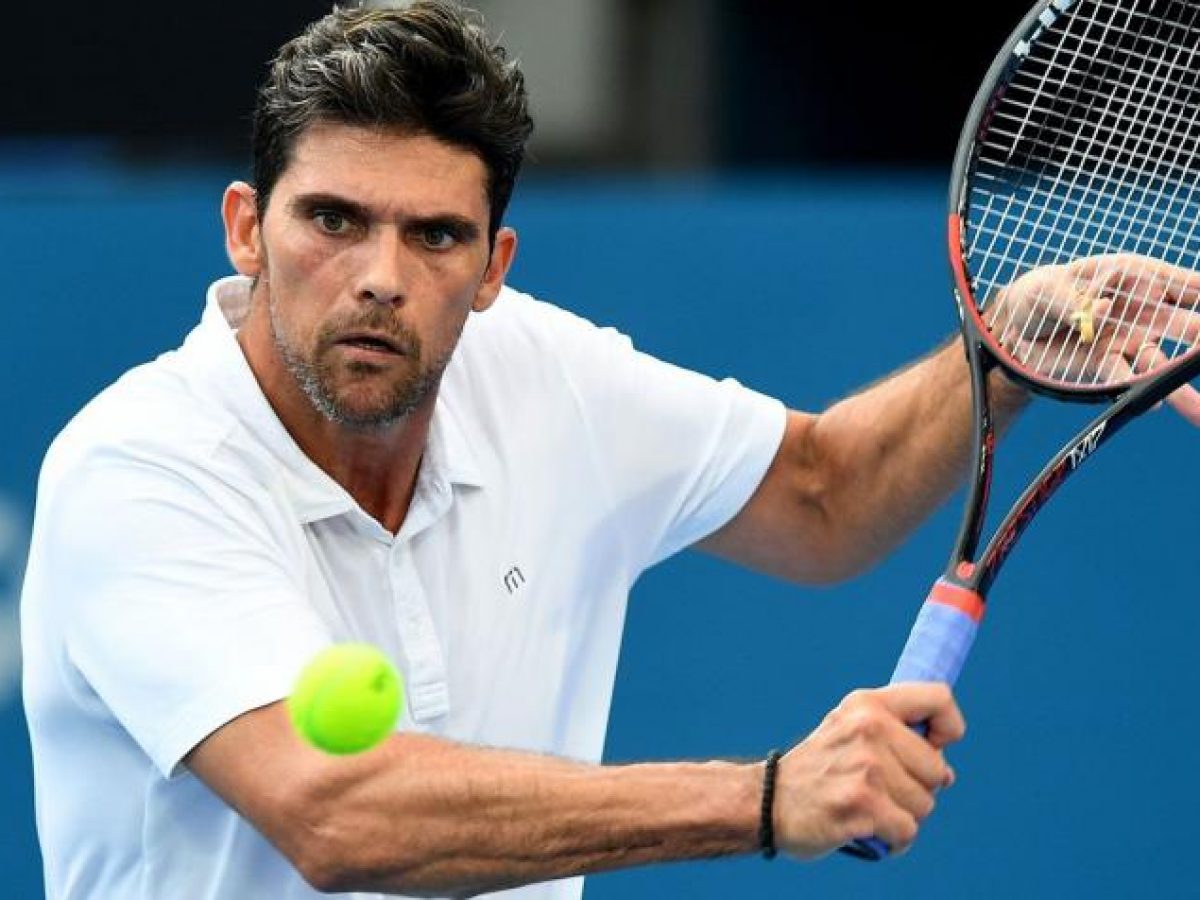 On what dating show did Mark Philippoussis star in before? This article would serve as the best resource for your complete knowledge regarding this! Well, before that, what is your definition of love? What are your priorities when you go on the hunt for your desired better half? What are the factors which you think can be a barrier in your search? Does age matter to you?

Well, before we make you aware of the answer to the question that on what dating show did Mark Philippoussis star in before? You must find your answers to the questions mentioned at the beginning of the article. And if you are ready with that, then let’s begin! So, that dating show had suffered many controversies. Yet, it was able to find its place in the eyes of the viewers. That show had its key focus on Mark Philippoussis. At that time, he was thirty years old. This handsome hunk was in search of his love partner, and as a result of this, he landed on this show.

Looking at the controversies, that show was only able to make its appearance for a single season in the Summer of 2007. So, what was this show? Or, more simply, on what dating show did Mark Philippoussis star in before? 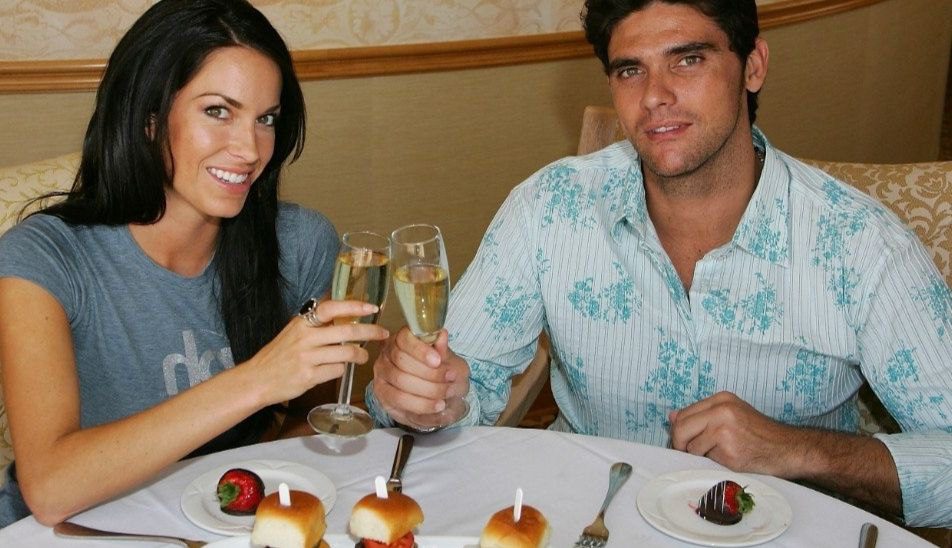 Mark Philippoussis with one of the contestants on that dating show

What dating show did Mark Philippoussis star in before?

The controversial dating show on which Mark Philippoussis starred before was “Age of Love”. The title itself might have cleared all of your doubts about why we had asked you all those questions at the very beginning of the article. So, as the title says that what do you think is the age of love? Are you ready to tie the knots with a person who is eighteen years younger than you? Or would you prefer someone whose age is something around you? Well, it seems that everyone has their perspective to look at this question! But what about Mark Philippoussis? Let’s dive into his journey and experience on the show!

So, firstly let us know more about the show “Age of Love”. It is an American reality TV dating series. And as already mentioned, it ran for only one season in the Summer of 2007. The show was all about the love hunt of the thirty-year-old Australian tennis star Mark Philippoussis. In the show, he tried to find his love among a group of women ranging in age from their early 20s to their late 40s. The show was hosted by Mark Consuelos. And the series was aired on NBC and had its premiere on Monday of 18th June 2007. 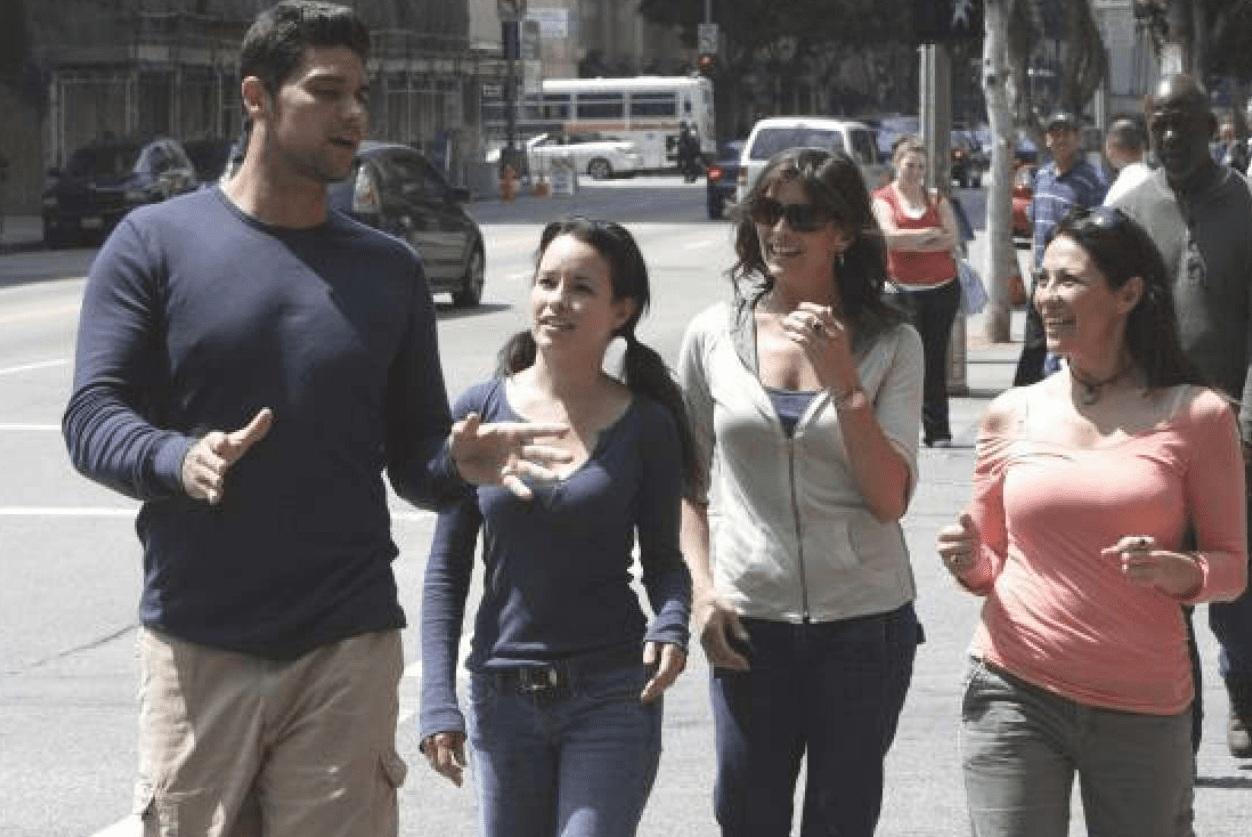 Mark Philippoussis from “Age of Love”

More about “Age of Love”

In the show “Age of Love,” all the contestants meant ladies were divided into two groups based on their age. Those who were in their 20s were put under the group titled the “Kittens”. While on the other hand, the older ones mean the ladies who were ranging from the late 30s to late 40s were put under the group named cougars. Every week Mark Philippoussis would spend time with one or two of those women on a private date. And at the end of every episode, one of the women would leave the set of “Age of Love,” following the elimination round. The process was made to be continued till they were left with a single woman whom Mark Philippoussis would be able to call the life of his life.

To add more species to the finale episodes, the makers thought of adding more interesting elements to it. For example, for the season finale of the show, the makers made the final three contestants flew to Philippoussis’ hometown, which is in Melbourne, Australia. This was done so that Mark Philippoussis would introduce all of them to his family. And finally, as the season reached its final moment and began to wrap up the things, that lucky girl who was able to win the heart of the Australian tennis star Mark Philippoussis on this show was the 25-year-old Amanda Salina. However, according to the reports, in 2009, it was revealed that the couple had already separated their paths after staying together for something around five months. Sources say that they took this decision in the September of 2007.