What Are Some Best Weapon Skins In CS: GO? 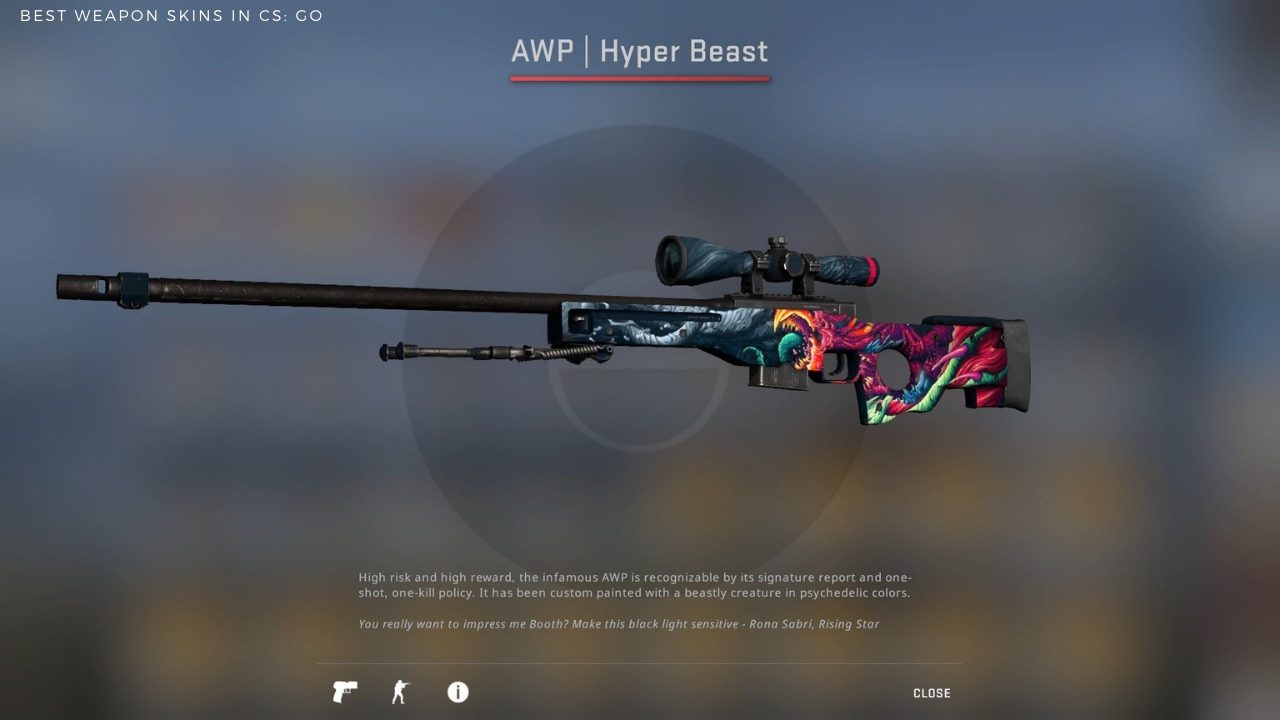 Ever since its release in 2012, Counter-Strike: Global Offensive has been killing it in the video game market. Developed by Valve and Hidden Path Entertainment, the multi-player game has broken many records on the internet. CS: GO is one of the most favorite games that the top streamer swears by. As they stream for hours on their channels, the shooting game has won everyone’s heart and mind and been training its players to recognize and hold angles and communicate better. Players even look to invest in some good skins with the best weapons available in CS: GO. Let it be the actual game or just the weapons; the competition never really ends.

We all know that ‘skins’ in video games are equal to our clothes and qualifications in real life. So you can’t really ignore them. There’s been great gambles and debates over the different skins. Which one is better, which one is just for show and which kills the most. Through the skins, you can make your character look like you. Having a part of you ( and money, duh) in character does help with the enhancement of the performance and appearance. 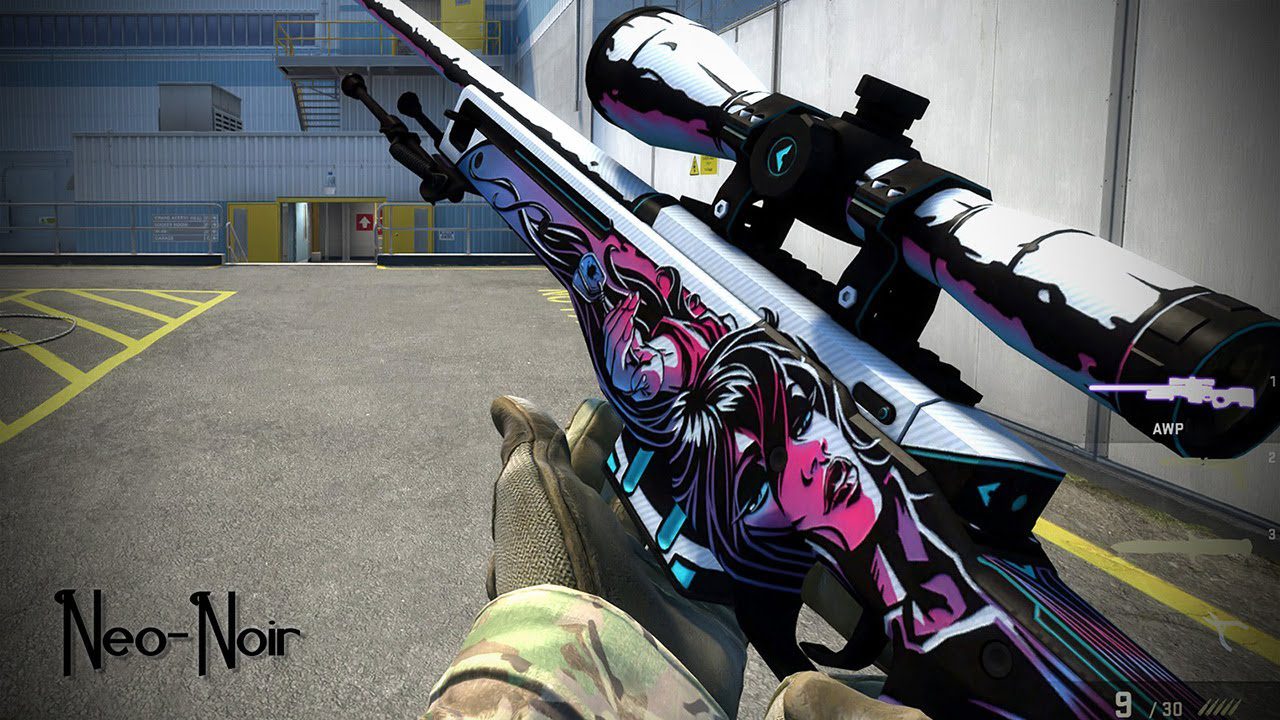 Coming up from the ‘The Danger Zone Collection,’ the first weapon is a bolt-action sniper rifle called the Neo-Noir. It is one of the most expensive weapons in the CS: GO collections, but as reviewed by most of the players, it is definitely worth its price. The rifle was first released back in 2018, and it has been termed as one of the deadliest guns in the game. From the looks of the rifle, it looks some street artist has made it their next practice project. With the trio of purple, blue, and pink colors, the rifle has two women on its rear and the body.

The olive-painted rifle arrived in the game on July 1, 2014, as part of The Cobblestone Collection. Having the body of the dragon painted on it with Celtic ornaments makes it look like a real one. Being one of the most expensive skins in the game, it also comes with a souvenir option. The rifle’s body is filled with significant abrasions helping in a tight grip. Regardless of the pattern index, the rifle holds the same old appearance.

Being one of the most popular rifles in use and seen in the game, Jellyfish or Medusa is also one of the expensive AWP skins in Counter-Strike: Global Offensive. The body of the rifle has a stylized portrait of the Greek mythological being, Medusa, who is known to turn anyone who looks at her to stone. 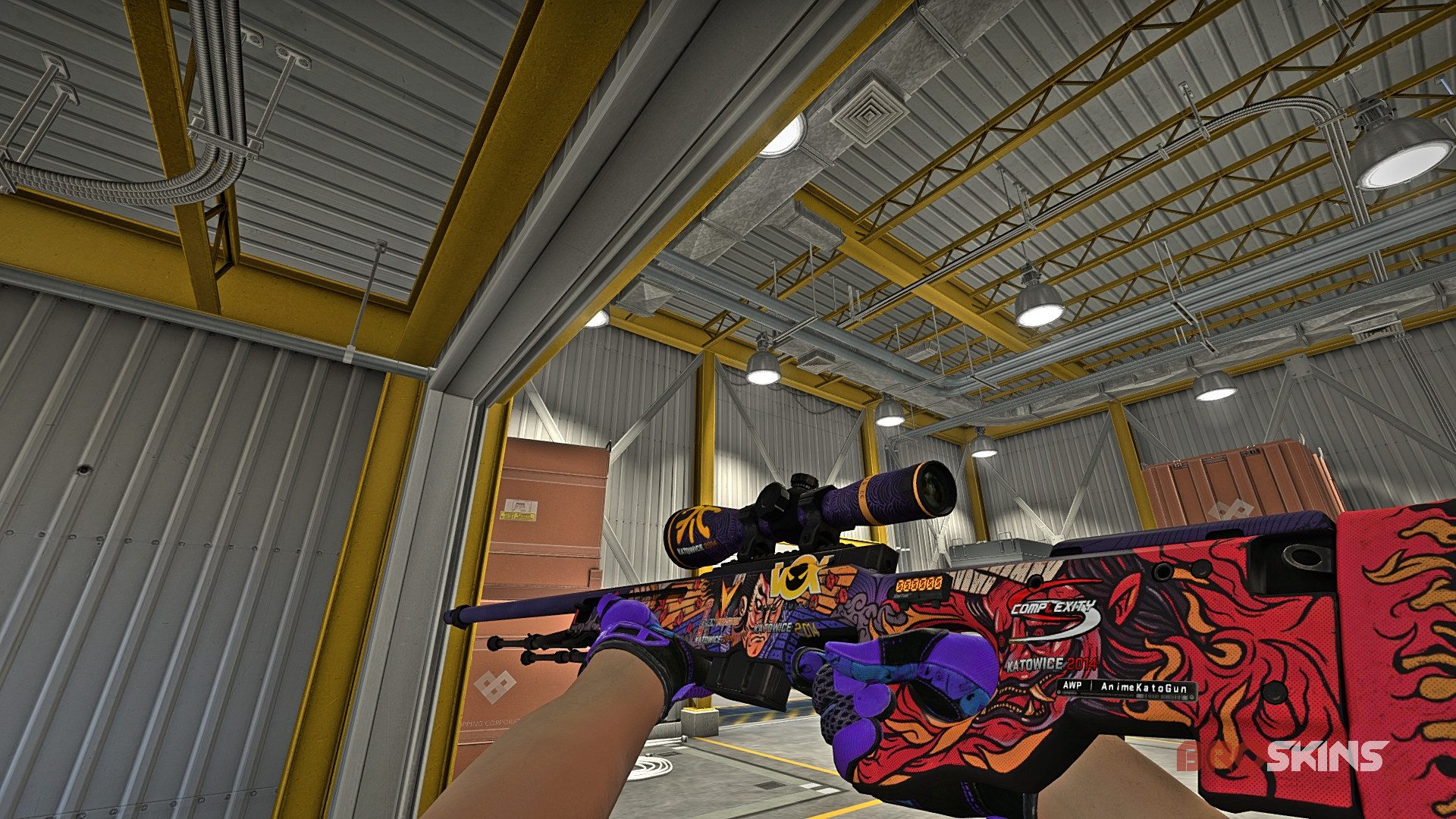 First added to the Workshop on September 5, 2015, the rifle got a brand new makeover and came back as a part of the Hydra Collection, which was released alongside the start of Operation Hydra in 2017. Having the literal translation of “extermination of demons” in Japanese, Oni Taiji shows a man (samurai to be precise) facing off against his demons in a traditional Japanese illustration style. The rifle has a purple and gold color palette along with the red, yellow, and purple colors of the stock. Being able to do secret attacks, the rifle has a Stat Trak option.

First added to the Workshop on March 15, 2015, the rifle finally entered the game on March 15, 2017, as part of The Spectrum Collection. The body of the rifle is filled with pink-blue geometric patterns in the form of a triangular grid. Being a classified weapon, it also has the option of Stat Trak. The body of the rifle also is coated with a layer of patina, which makes the skin look noticeably darker. Being one of the most popular skins in the game, it is one of the cheapest and best weapon skins out there in the CS: GO.

Becca Kufrin Boyfriend: Who is the Publicist Dating in 2021?

How to Watch Grantchester Season 6 Online?