What Are Ciri’s Powers In The Witcher? 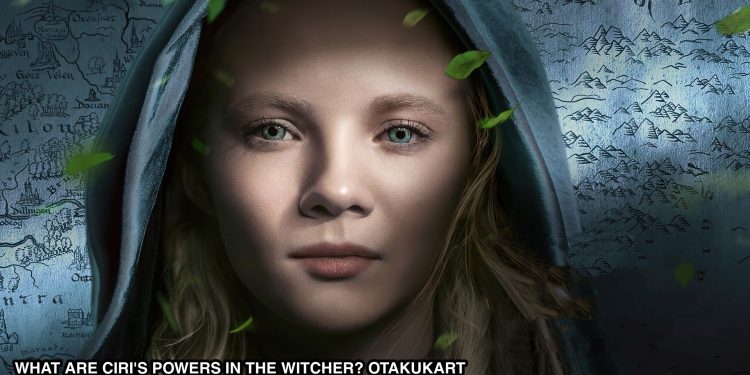 The Witcher franchise is popular for the lead characters of this show. Geralt of Rivia, Yennefer, and Princess Ciri are the prominent characters of this franchise. Moreover, there are multiple fans of the Polish writer Andrzej Sapkowski. According to the writer, each one of these personalities heavily connects to the other person. And guess what? Viewers are more into Ciri’s powers in The Witcher. Ciri is the Princess of Cintra. Apart from the series, the book covers up a lot of angles about her powers. As of now, there are two seasons for The Witcher, and season 1 doesn’t cover up much on the true powers of Ciri.

But season 1 symbolizes Ciri’s strength and capability to withstand the hard times with her true might. Since this show had a lot of potential, the creators went on with the second season as well. Usually, if you direct your focus on this show, you’ll understand that the writer wanted each character to be in the limelight. Even though the show eventually started at different places, all the characters had their lives intertwined with each other in the end. And this was essential for the awakening of these characters. Thus, there are several justifications to highlight Ciri’s powers in The Witcher.

Every character from this show represents a separate identity. Season 1 of The Witcher didn’t feature all the intricate details of Ciri’s powers, but you might have a lot of instances in the second season. Witcher and Ciri had their lives intertwined for a very long time, but in the beginning, both of them were strangers to the situation. To acquire these powers, she trained pretty hard, and Geralt never really phased from any kind of pressure. But Ciri’s powers astonished him to the core.

Ciri has been a very important part of this show, and her powers are next level. With her scream, she can easily kill anyone. Things could take a huge turn as Ciri cannot control her powers at certain times. And this could lead to different situations wherein she would give in in her rage. At first, her scream didn’t move many things. But as the show progresses, her scream becomes so strong that it leaves most of her antagonists to be in extreme pain and anxiety. That’s why Ciri is one of the strongest personalities on the Witcher Universe.

Yes, you heard it right! In different versions of Witcher, Ciri’s powers are highlighted differently. Where Ciri can control different timelines and dimensions. Through this, she can even travel to a different world. Because of this, Ciri has been given different titles, which include the title of The Lady Of Worlds. At first, it was difficult for her to control it. But soon, she withstood her powers. Moreover, she traveled through different dimensions before understanding her true purpose in the world.

Ciri Is A Source

Speaking of this, Ciri is a source, and this simply represents her power in the limelight because she is born to acquire magical abilities. But if these powers are not controlled, she could give in her entire capabilities in distress. Moreover, the main source for Ciri’s powers would be the Elder Blood that is running through her veins. Even Ciri is confused about her powers, and there are certain times when both Geralt and Ciri have no whereabouts. The strength of Elder Blood is far superior to any other magic that exists. Moreover, Elder Blood can be a source to make more Witchers.

Little did you know that Ciri can learn about certain situations before they are bound to happen. Her strong magical abilities enable this side of her to outshine. But she is still not accustomed to using it frequently. According to the story, Ciri’s powers are very dangerous, and it could eventually lead to chaos. Since she is the descendant of Lara Dorren, it generally passes down a lot of powers that she can hold. Moreover, the series will cover major theories about Ciri. So you could expect major revelations about Ciri.

Ciri can easily teleport herself in front of her enemies. And this could be extremely dangerous for them because she could attack them without their attention. Every person who’s going to be having a one on one fight with her must be pretty accustomed to her skills. This power is also known as Blink. But the show hasn’t introduced it yet. Moreover, the term reflects her power to carry on quick teleportation. And at a time, she can hurt around five people with this power.