What anime Sano Manjiro is from

What anime is Sano Manjiro from? What is he like? In this article, we will do a whole character analysis of Sano Manjiro, better known as Mikey. Unlike other articles that use wrong or incomplete information, we have decided to discuss everything there is to know about Sano Manjiro. Sano Manjiro is among the most famous characters in New generation anime character such as Gojo Satoru and Ryomen Sukuna. You might’ve seen Sano Manjiro in various memes, Tik-Toks or Reels, which portray Manjiro to be insanely strong and very influential, which he is in the anime as well. Manjiro also is the kind of person who deeply cares about his friends. Although he is very strong, he certainly is not invincible.

Manjiro is a teenager with below-average height. He has long blonde hairs that are tied up only at the top, allowing hairs on the side to move freely, which resembles his carefree personality. In his second appearance as an adult, he has short black hair and a dragon tattoo on his neck similar to the ones that Draken and Takashi Mitsuya has. He rides CB205T, which is his favorite bike previously owned by his late elder brother Shinichiro Sano.

Which Anime is Sano Manjiro From?

Sano Manjiro is from Tokyo Revengers anime. Sano Manjiro or better known as Mikey, is one of the main protagonists of Tokyo Revengers anime. He is also The Founder and president of the Tokyo Manji gang, also known as Toman. All you need is a look at Toman, its members, where they came from, and what they become in the future to get an idea about how strong of a leader Mikey is. Mikey is always seen as unrealistically strong for his age group.

From a very young age, Mikey used to train at his Grandfather’s dojo with his brother in arms Baji Keisuke. He doesn’t have the nickname of “Invincible Mikey” for nothing. Ever since his childhood Mikey trained consistently in the ways of Martial Arts and, with years, honed his skills. Mikey uses a roundhouse kick that knocks his opponent’s head into the ground, instantly knocking them out, which earned him his nickname of Invincible Mikey.

It is impossible to talk about Tokyo Revengers without its most famous character Mikey known for his monstrous strength. Mikey is the leader of Toman, with his outstanding leadership and fighting prowess, Mikey can order around even the strongest delinquents. He is one of those members that glues the Toman together. When the members of Toman see him fight, their morale gets boosted, and they passionately give their all to live up to their leader’s expectations. He instills fear in his enemies and also is the reason why Toman grows. 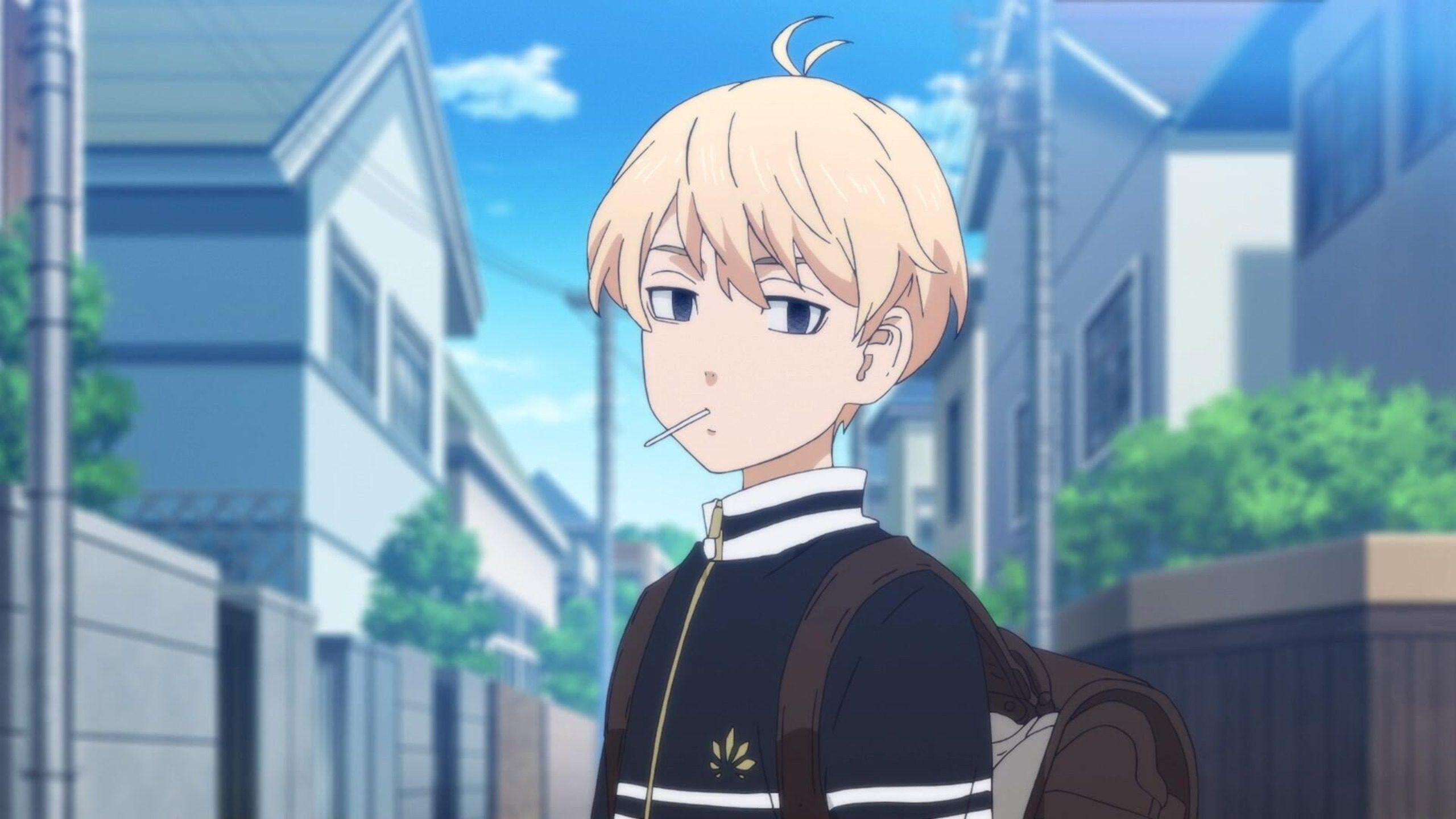 Mikey is carefree who loves to joke, play pranks around his close friends and sleep whenever and wherever he feels like it. Mikey shows multiple personalities throughout the series. He is seen carefree around his close friends and is deadly serious and intimidating when he is exercising his leadership. As the leader of Toman, Mikey commands respect and instills fear in his enemies. He cares about his friends deeply and is determined to protect them and their honor. Mikey rarely shows any signs of weakness as he believes that as a leader. He is the foundation of Toman. If he were to show weakness, the foundation of Toman would itself be weakened as well.

Also Read: How To Read The Tokyo Revengers Manga?

Mikey and Draken share a brother’s bond, which is much deeper than any bond bound by blood. No matter how fierce of a leader Mikey is, he is still a child at heart. He gives childish names to his friends. He fondly calls Draken “kenchin” and Takemitchi “Takemitchy,” which every Toman member starts calling him by. Even though Mikey is physically gifted, he is not as emotionally strong as you might think. All the death and suffering that surrounds Mikey weakens him mentally and eventually drives him into depression. He needs someone to help him not lose his way, and that’s exactly what Draken is to him, a confidant and a moral compass to whom he can turn to for support.

Draken is one of the strongest members of the Toman he is also one of the founding members of Toman. Mikey, throughout the anime, was only seen crying when kenchin survived the fatal stabbing. Mikey also feels exceptionally close to Hanagaki Takemitchi. Just like Draken, Mikey also sees Takemichi as a ray of light that will help him not lose his way.

You can watch Tokyo Revengers on Crunchyroll.

What anime is Hikigaya Hachiman from? All about the Romantic Anime

What Anime Is Junko Enoshima From? All About The Ultimate Antagonist

What Anime Is Junko Enoshima From? All About The Ultimate Antagonist