What Anime Is Saber From? All About The Powerful Character 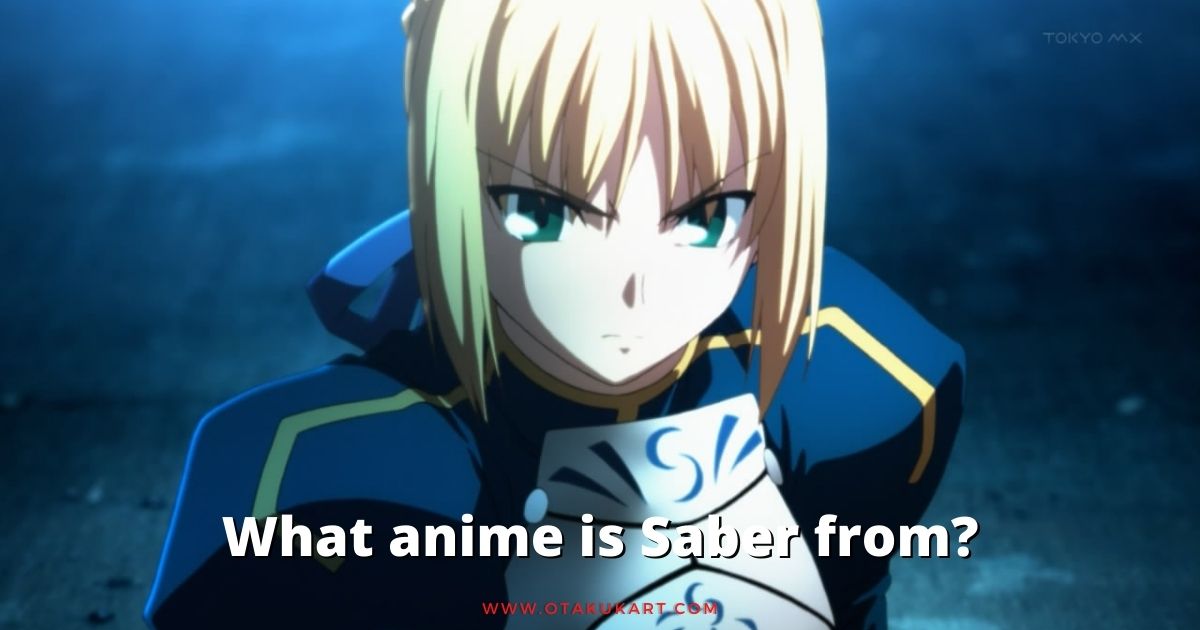 Who is Saber? Which anime is Saber from? What is she like, and what importance does her character hold in the anime. You might know Saber as being one of the most powerful female characters in the history of anime. However, if it came to her, she would prefer being called one of the most powerful characters. An iconic figure, Saber is also a great source of inspiration as she holds true to the ideology, “With great power, there must also come great responsibility”. Saber is a person who does not comprise her values and ideals under any circumstances. She is an amazing hero whom we can all hope to take some lessons from.

It must be obvious by now that Saber should be rated a 10/10 on perfectness with an idealistic personality, legendary powers, and an ethereal beauty. If you are interested to know more about Saber, you should keep on reading this article as we will answer all the above questions and cover everything that we so far know about her.

Saber is the “Once and Future King” and an exalted hero of Britain known as the King of Knights. She is better known as Arthur Pendragon and King Arthur, who is, according to actual history, a male ruler. A most powerful ruler, she wielded Caliburn, a blade that was ultimately destroyed by her. The Lady of the Lake later gave her Excalibur and Avalon.

Artoria is a fiery young woman who typically tells it like it is but will lie if necessary. She’s brave, determined, and hell-bent on obtaining the Holy Grail. She is adamant that she is first and foremost a knight and a king and that her gender has little bearing on her duty. She is adamant about sticking to her own values, despite the more feasible but deceptive approaches that are accessible. Artoria enjoys chivalric clashes that are direct and fair. Even her desire for the Holy Grail cannot persuade her to break her code of honor. As a result, there, she has had frequent disagreements with Kiritsugu on tactics in the Fourth Holy Grail War.

On the Fate series

Produced by the company TYPE-MOON, Fate/Stay Night is a Japanese visual novel game that was first released on January 30, 2004. This was Type Moon’s first transition from a doujin soft visual novel group. It is one of the most well-known and famous visual novels, set in the same universe as earlier TYPE-MOON titles. It is available on a variety of platforms and has three storylines, Fate, Unlimited Blade Works, and Heaven’s Feel, that have been adapted into comics, anime films, and animated series.

While the original work was never officially translated into English, fans created multiple unauthorized patches, and the adaptations drew a considerable following outside of Japan. Fate/stay night inspired a number of new works in the Fate series, like its sequel Fate/hollow ataraxia, and featured fan-favorite characters who would later appear in other works, even if they weren’t set in the same universe as stay night.

Synopsis: The almighty Holy Grail, with its power of fulfilling any desire, has sparked a total of three conflicts in the past, each too brutal and furious to have a winner. Despite this, the affluent Einzbern family is convinced that the Fourth Holy Grail War will be different, owing to the fact that they now own a Holy Grail vessel. The Einzberns employ the despised Magus Killer, Kiritsugu Emiya, solely for this reason, with a contractual contract to marry their only daughter, Irisviel. Kiritsugu now finds himself in the middle of a brutal survival game, pitted against six other players, each equipped with an old familiar and their own desires and aspirations. The infamous mercenary, accompanied by his own familiar, Saber, eventually encounters his greatest foe in Kirei Kotomine, a priest seeking redemption from the void within himself in pursuit of Kiritsugu.

Also read: Most Popular Anime Based On Light Novels

‘Passing’ Release Date: When Is Coming To Netflix?