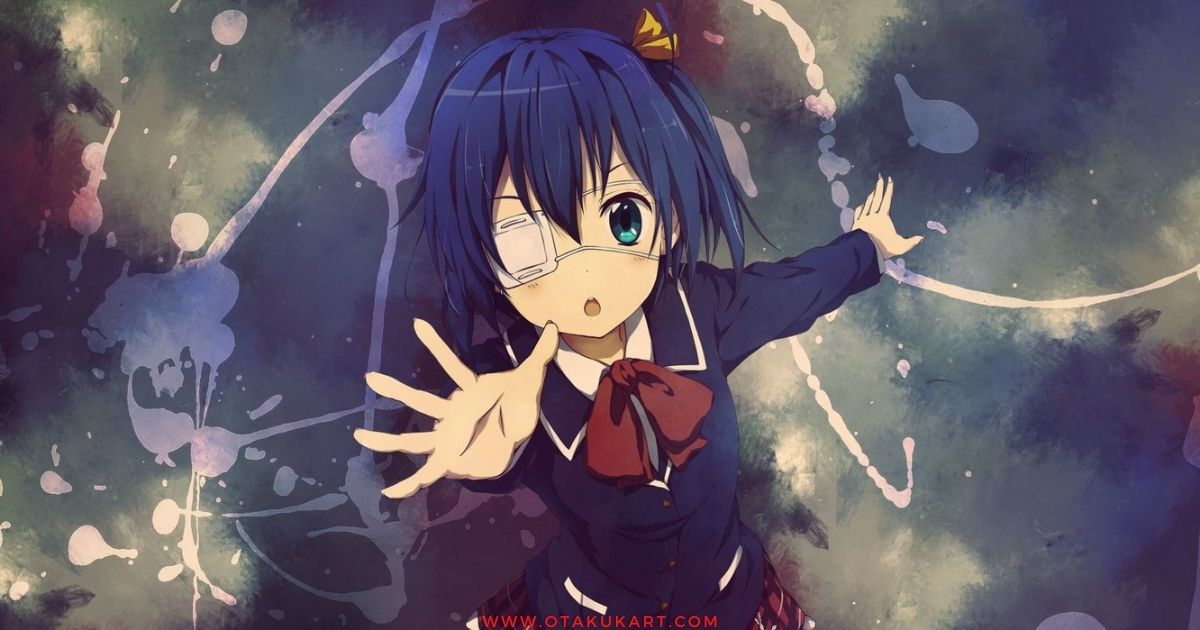 Who is Rikka Takanashi? What anime is Rikka Takanashi from? Is Rikka really a magical girl, or is she an adorable chunibyo? If you have watched anime enough, you might have already come across the word chunibyo. If not, then allow us to simplify the term for you. Chunibyos are people who believe themselves to be supernatural beings or unique individuals having mystical abilities. The word literally means middle school syndrome. Now, you must be wondering what does the term has anything to do with one of the cutest characters in the anime universe, Rikka Takanashi. Well, news flash, guys! Rikka is not a magical fairy. Although her cuteness might beg to differ, Rikka is what you call a textbook example of a chunibyo.

In this article, we shall give you all the information regarding our resident chunibyo, Rikka, and the amazing anime that she belongs from. Not only will we provide answers to the above questions, but we will also tell you the story behind Rikka’s middle school syndrome.

What Anime Is Rikka Takanashi From?

Rikka Takanashi is one of the central protagonists of Chūnibyō Demo Koi ga Shitai!/ Love, Chunibyo, and other delusions. She is the love interest of the male protagonist Yuuta Togashi. Rikka suffers from what is known as the Chunibyo Syndrome. Due to her chunibyo tendencies, she becomes the founding leader of a high school club known as the Far Eastern Magic Napping Society of Summer. Rikka is under the delusion that she is actually a mage that has the power to know the future of people with the help of her right eye. Thus, due to which she names her right eye as the ‘Tyrant Eye’. She goes as far as to wear an eyepatch over her right eye so as to control the powers of the Tyrant Eye. 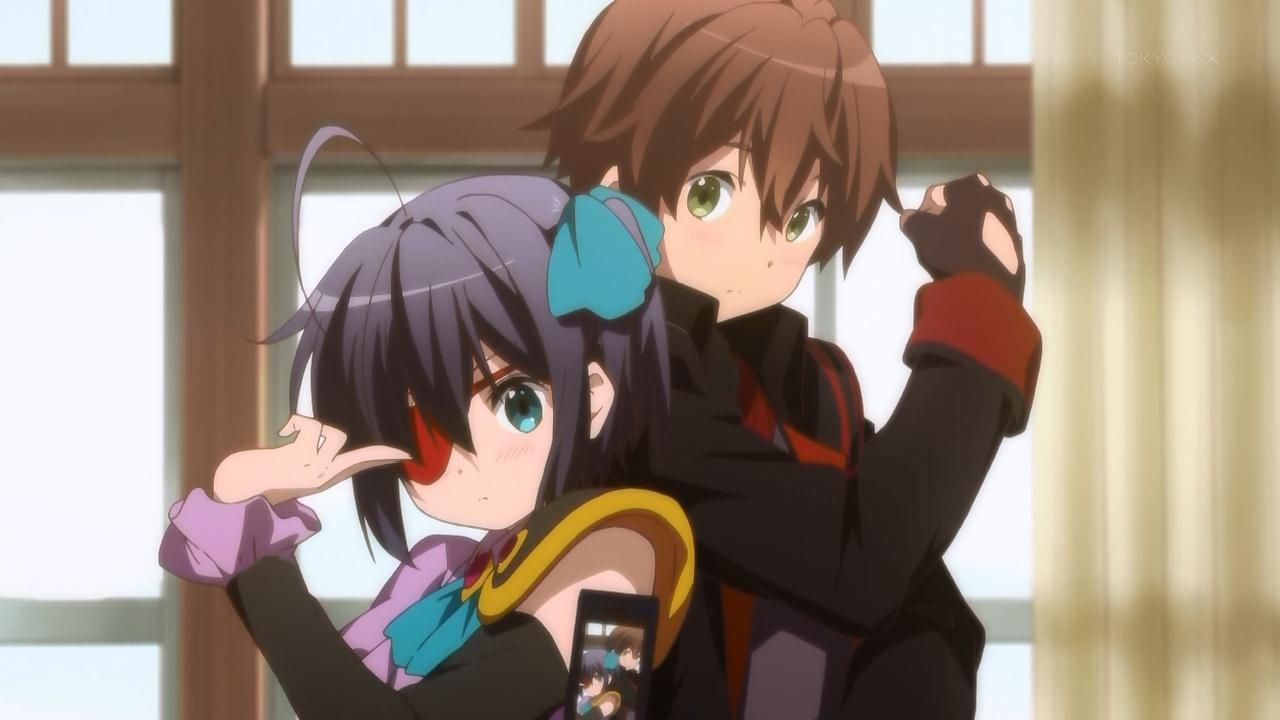 Rikka is somewhat of an outcast at school as her delusional and weird behavior has made her alienated from her classmates and peers. People tend to very much avoid her due to her weird antics. Though, this does not bother Rikka very much as she doesn’t go out of her way to make friends either. Though Rikka tries very hard to come off as a suave and sophisticated individual, she, in fact, is very sloppy, scores low marks academically, and has the overall tendency to fail at any hobby she decides to pick up.

Rikka’s chunibyo delusions began as a coping mechanism against the death of her father when she was very young. His sudden death was such a big shock to Rikka that she was unable to accept it. She instead created a fantasy world where she believed that she could freely communicate with her dear father. Eventually, though, Rikka’s tendencies considerably calm down with the help and support of Yuuta, and she even bids final goodbye to her father. Though, Rikka still continues to suffer from chunibyo delusions.

On Love, Chunibyo and Other Delusions

Love, Chunibyo & Other Delusions/Chū-2/ Chūnibyō Demo Koi ga Shitai! is a light novel turned anime series authored by Torako and illustrated by Nozomi Ōsaka. Chū-2’s unique storyline has garnered it a lot of popularity and recognition that let it win an honorable mention in the Kyoto Animation Award competition, 2010. Chū-2 has two seasons with a total of 24 episodes, with each season having 12 episodes each. In addition, there are also six lite episodes, 1 OVA, and a movie that serves as a sequel to the main series known as Love, Chunibyo & Other Delusions the Movie: Take on Me.

Synopsis: Everyone has gone through a period in their lives when they believed they were exceptional and apart from the hordes of regular people. During this period, a person may even feel that they are capable of wielding extraordinary abilities or have descended from a magical realm. This belief is known as chuunibyou delusions and is frequently the source of a person’s most humiliating situations. 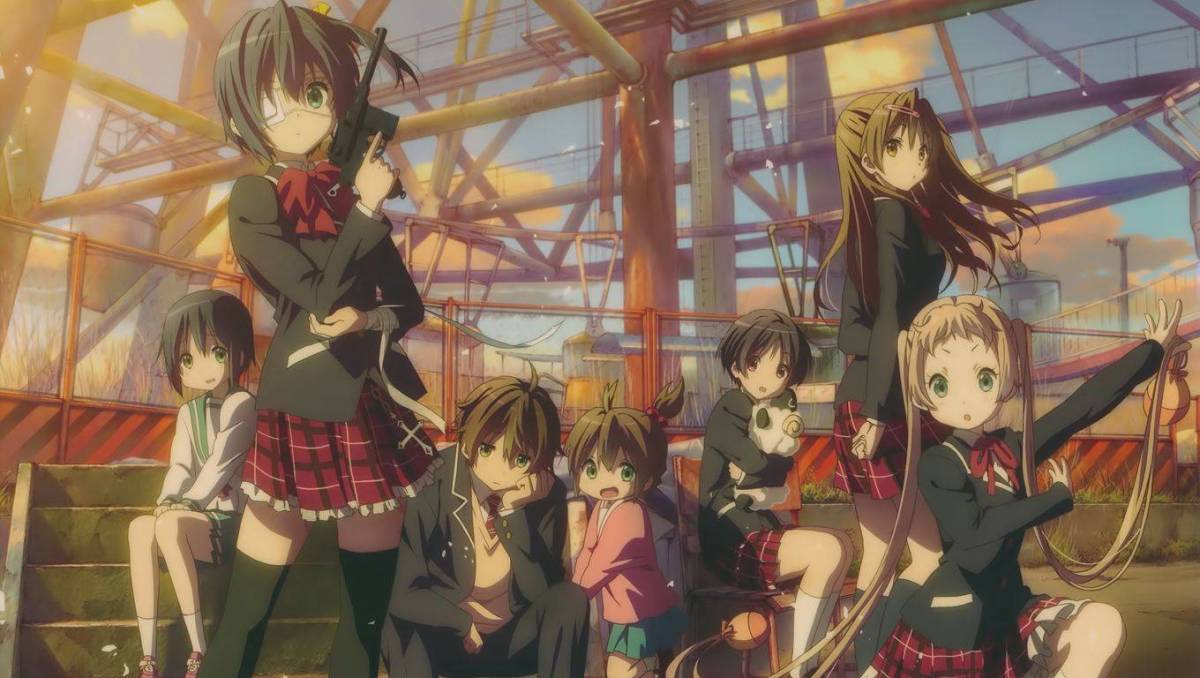 Still from the anime.

Such is the case for an ex-chuunibyou Yuuta Togashi, who would go to any lengths to escape his humiliating past. Having publicly declared himself as the Dark Flame Master in his middle school, Yuuta yearns for the chance to have a fresh start in an all-new high school where absolutely no one from his past recognizes him. Unfortunately, or not, as fate would have it, Yuuta is far from leaving the world of chuunibyou behind. Yuuta meets Rikka Takanashi, a high school peer who is a self-proclaimed wizard of sorcery. Thus, begins the hilarious high school life of Yuuta as his dreams of living a chunibyo-free life fade away.

Also Read: Top 10 Most Popular Kawaii Anime Girls Whom You Will Fall in Love With