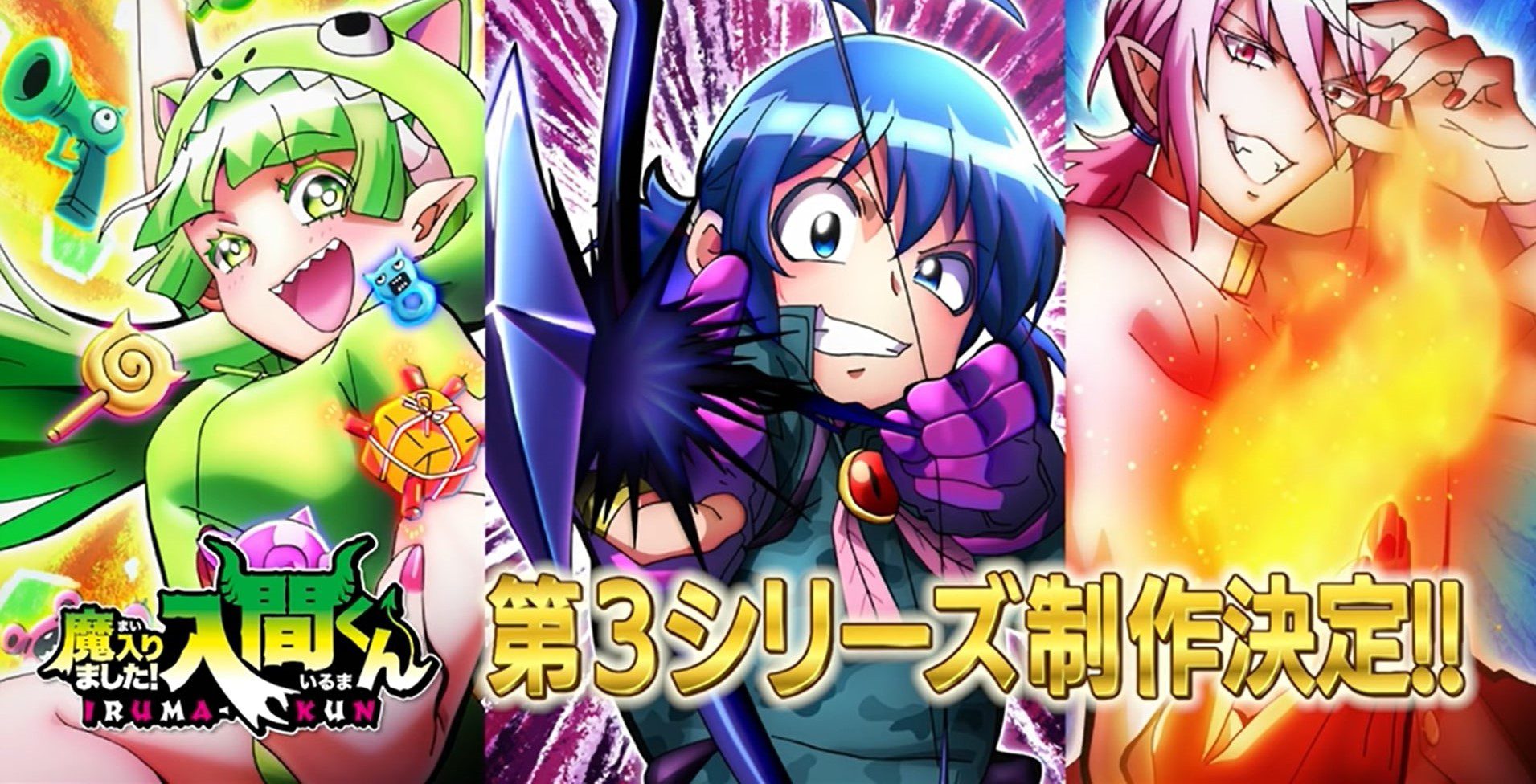 It took less time for fans to warm up to Welcome to Demon School! Iruma Kun. The anime has a fantasy-bound plot with some of the best characters that have our hearts. Based on the manga written and illustrated by Osamu Nishi, the anime became quite popular over time. Season 1 of the anime aired on October 5, 2019, and by April 17, 2021, season 2 premiered as well. Returning with more thrill and excitement this season, the anime’s second was a huge hit. Not long after the last episode of the second season went live, Welcome to Demon School Iruma Kun season 3 was announced. The news came as a surprise but at the same time filled with the fandom with heaps of joy as the anime gets renewed for another season.

Welcome to Demon School! Iruma Kun manga was launched in Akita Shoten in 2017 and was serialized in the Weekly Shonen Champion magazine. So far, the manga has been compiled into 23 volumes and has sold up to 7 million copies so far. The manga is already very successful even within Japan. Welcome to Demon School! Iruma Kun deals with the daily ventures of Iruma Suzuki, who is adopted by a demon after his parents sell him. Iruma joins a demon academy where Sullivan, his now adoptive grandfather and the great demon king, tells him to keep his human origins a secret.

Welcome to Demon School Iruma Kun season 3 has now been announced and here is everything that we know about the upcoming season.

NHK made a surprising revelation this September. Season 2 of Welcome to Demon School! Iruma Kun aired its last episode on September 11, 2021, and on the same day, house before the season had concluded, Welcome to Demon School Iruma Kun season 3 was announced. Fans of the show are overwhelmed with the progress and await the further announcement of details. So far, the release date has not been decided.

With the anime just announced, most details have yet to be revealed. However, let’s hope NHK continues to give us quick updates so that we don’t have to wait too long to watch Iruma Kun’s adventures in the Demon world.

A visual teaser was updated on the same day that further thrilled the fans. The visual updates the fans about what’s coming up in season 3 of Welcome to Demon School Iruma Kun. It features the characters that we have seen so far in the series and a good look at the anime’s main characters as well.

Also Read: What is Ara Ara In Japanese Anime? What Does It Signify?

What is Season 3 of Welcome to Demon School Iruma Kun About?

Season 3 will be a continuation of season 2, and Iruma will step into a new semester. Furthermore, Welcome to Demon School Iruma Kun season 3 will feature the ‘Harvest Festival,’ where the demons will compete for food. The classmates become rivals as the new trial commences. They must collect ingredients in the huge forest and get points. All the unique masters of the abnormal class must face each other. However, there’s an arrival of a new rival with strong magic. Who is this new character?

Also, Az and Clara are acting differently. What could be the reason? 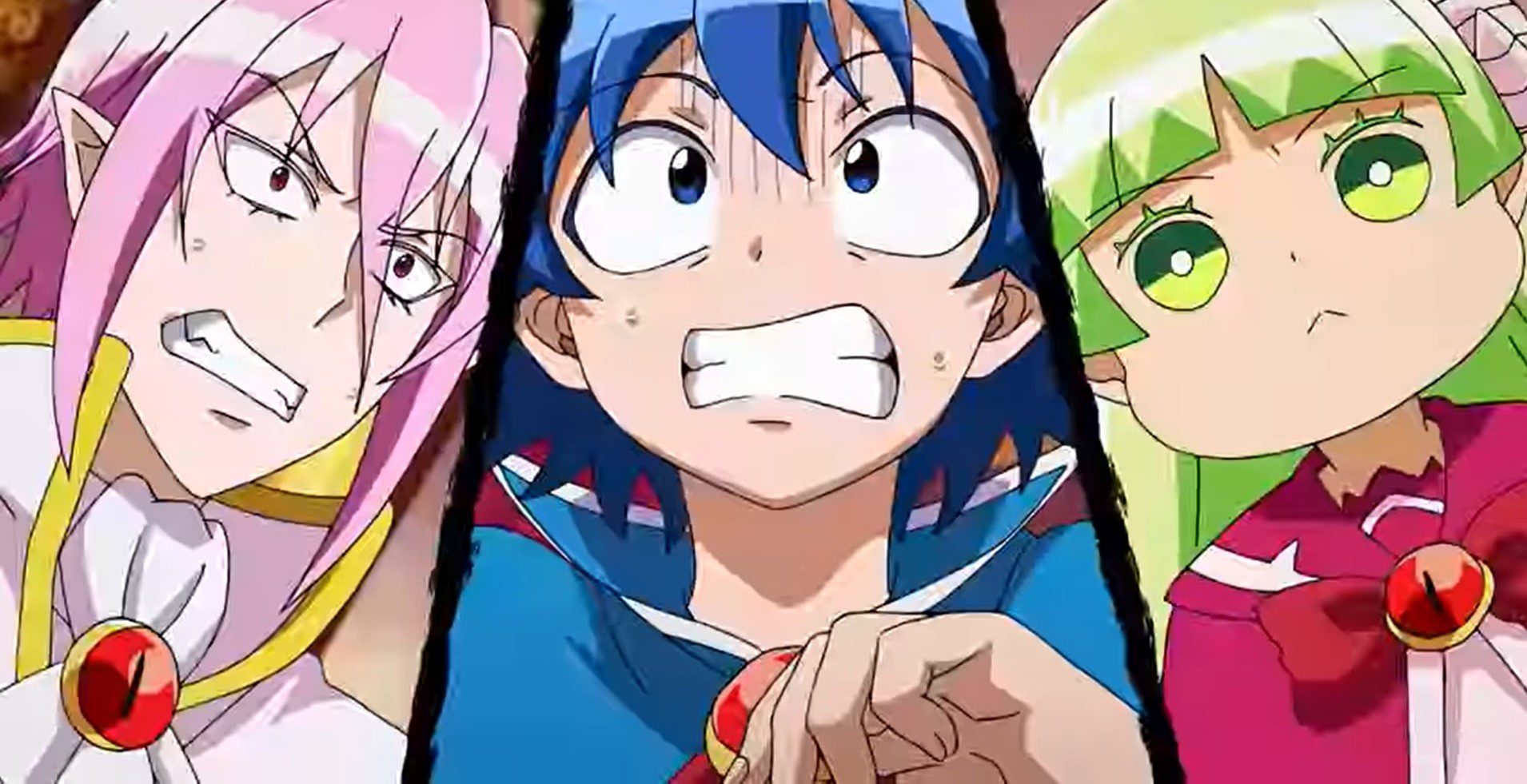 Definitely, Welcome to Demon School Iruma Kun season 3 is going to be all kinds of fun this time as these questions arise. The director of the series, Makoto Morikawa, commented that he is very excited about the series as he continues to lay down the plot of the series. He mentions that he is looking forward to season 3 with joy.

We all received some comments from the original creator of the series, Osamu Nishi. He expresses his excitement in a short message where he mentions that he is very happy to hear about the announcement. Osamu Nishi further adds that the first season was fun to watch, and the second season was intense and mysteriously. Now he looks forward to the third season to know what kind of emotions will unfold within the viewers. “I’ll scream in front of the TV again!” the mangaka says.