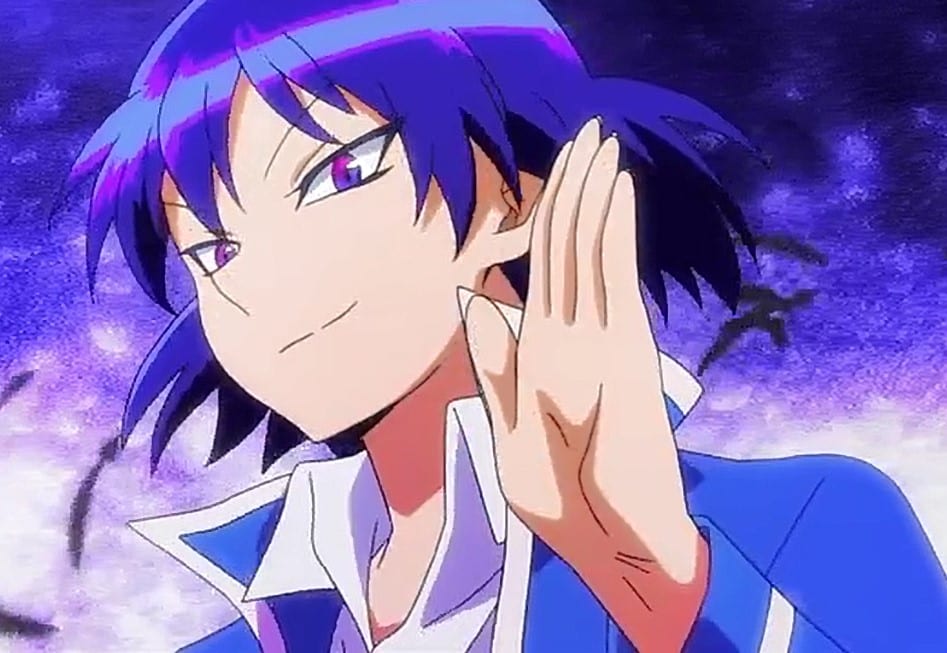 Iruma goes through his evil cycle due to Alikreds spell. In the morning, Opera and Sullivan visited Iruma and try to wake him up. Sulivan is surprised by Iruma’s answers, and Iruma told him that he is too loud. Iruma’s hair has turned from blue to purple-blue. He called Sullivan an old geezer, and Sullivan is surprised by Iruma’s behavior. The episode is titled Royal One. Iruma started to boss around the house and told Sullivan that the articles that he reads suck. Iruma read about the Legacy of the Netherworld: Royal One.

Clara and Alice arrive in the morning at Iruma’s house. They waited for Iruma to come out, and when he comes out, they wonder why Iruma is not greeting them. They told him that they have come to pick him. Iruma offers his bag to Alice for the first time, and Alice wonders why. Clara is surprised since she is the one who carries Iruma’s bag every day when they go to school. Alice comforts Iruma’s bag and comments that this is the first time Iruma handed his bag to him and feels so blessed.

Iruma touches Clara’s head and comments that Clara should always be cheerful. He calls Gramps (Sullivan), who kneed before him. Gramps summons a carriage for sending Iruma to school.  Sullivan realizes that Iruma has never called him like that or treat him like that. Iruma is heading to the school like a king. Clara told Alice that Iruma seems different today. Clara wanted to say something, but Iruma told them to get inside. The trio head to school. Opera notices that this the first time Iruma is using a carriage.

The trio arrives at school, and the demons were stunned by their entrance theme. Every demon girl fell for Iruma as he steps out of the carriage. Alice and Clara start to treat Iruma like a king. Alice massage Iruma and Clara get snacks for Iruma. Iruma’s rival notices the changes and prases him. They think that the rival will be enjoyable since Iruma is no longer a lovely peaceful cool guy. 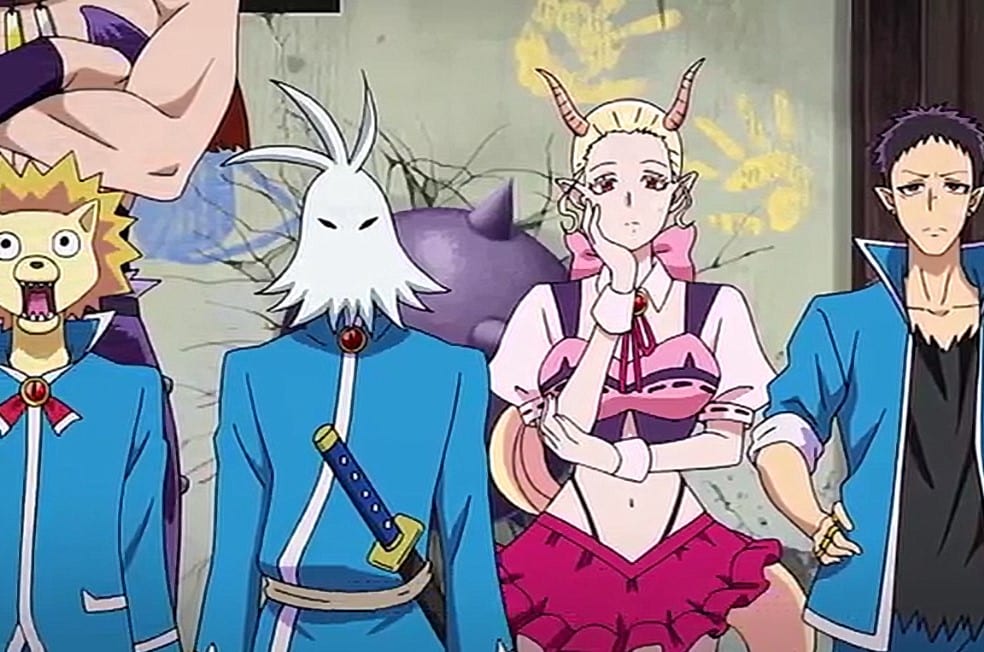 The rival crew asks Clara what is happening to Iruma. Alice reveals that Iruma has entered his evil cycle. One of the demons realizes that the evil cycle is a stressful period in which a demon’s violent and extreme tendencies are magnified. But this wouldn’t affect humans like Iruma. This has happened to Iruma because he is going through something similar due to a spell. Iruma told Clara that he is feeling cold and signal her to come as sit on his lap.

The rival demon crew got stunned, and things that Iruma’s heart has been strike with love. Clara did what Iruma asked her to, but she was trembling. One of the demons comments that this is what he has dreamed of every night, but his dream never comes to reality. Iruma notices that the rival demon crew is looking at them and told them that this is not a show. One of the demons comments that Iruma’s evil something is interesting. They notice that Iruma enjoys his life to the fullest when he is in his evil cycle.

Alice remarks that Iruma is fit to be a king, and no one must provoke him. The demons offer everything that Iruma wants. Later Iruma challenges his teacher Kelog, and he told him that he is a student capable of using the Royal One. Kelog accepted Iruma’s offer and told him that he would get permission slips signed by all faculty members within three days.