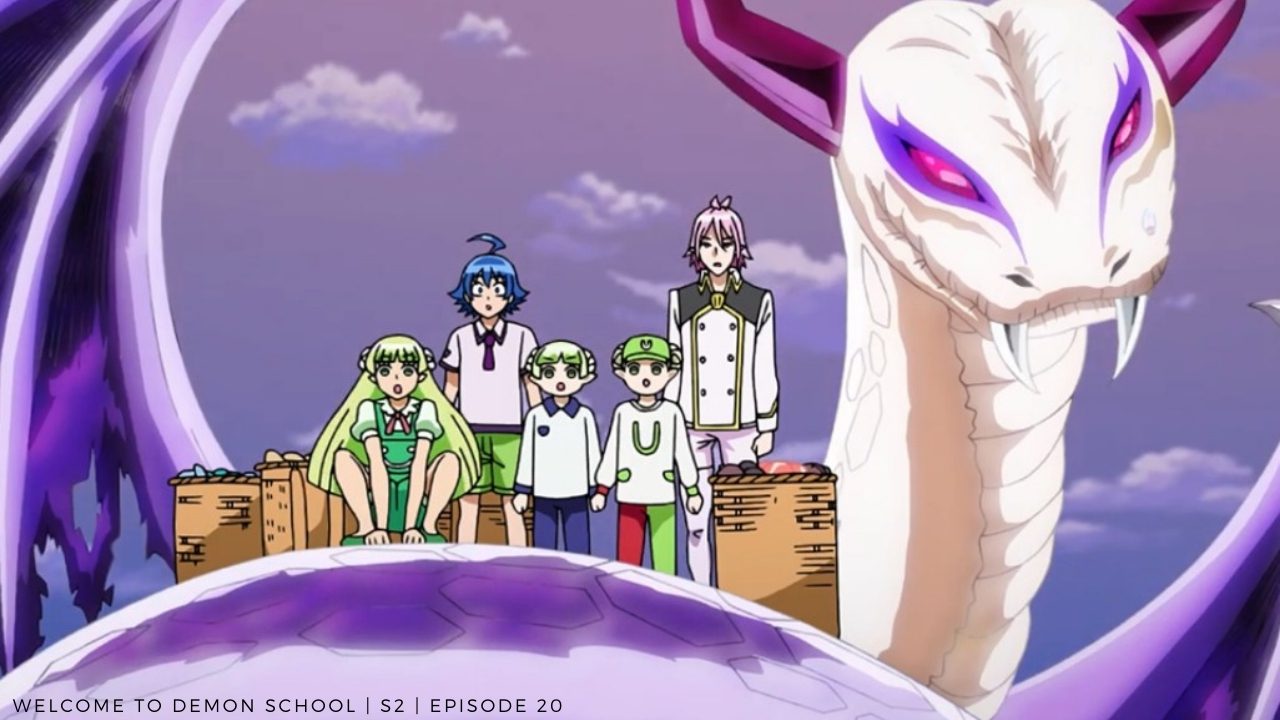 The Netherworld arc begins Welcome To Demon School: Iruma-Kun Season 2 Episode 20, with Iruma, a young boy in his teens is trying to coexist with demons in the Netherworld. This episode will be released this weekend since the anime went on a weekly break. From the latest episode on Welcome To Demon School! Iruma-Kun, the students are enjoying the aftermath of the Walter Park incident. Clara confronted Iruma and Alice and told them to visit her. Iruma realizes that he has never gone to a friend’s house and gets excited about that. The episode is about the visit to Clara’s House. In the morning, the three met and headed to Hubbub Forest.

Alice and Iruma never thought there is a forest like this, and Clara told them that her family knows about it. Later, they arrive at Clara’s house. The Valac Family chants the Welcome to My Home song for the trio. Alice realizes that this family is lovely since they haven’t spent six minutes here and the party is on fire. Iruma comments that it is an interesting way of welcoming the guests. After the first welcome party, Clara praises her family that they worked hard on that.

Her mom told Iruma and Alce to feel at home and glad that they pass through Hubbub Forest. Keebow and Konchie realize that it is for the first time friends have come to their home. Their mother told them to talk with Iruma and Alice, and they greet them while exchanging their names. The party from the kids begins, and they chant the same song. Alice is surprised that they are dining another one. Iruma told them about Walter Park and gave them some gifts.

Alice shows them replica chocolate of Walter Park Castle. Keebow told them they would see how best The Valac’s are  Iruma steps on the mattress and comments that the Valcas are the best. Alice can’t believe Iruma has fallen for that, and Konchie thinks Iruma is Clara’s boyfriend. Alice and Iruma heard Keebow and Konchie saying that Clara is Iruma’s boyfriend. He is surprised to hear that since Iruma has never proposed to anyone. Keebow continued to talk about Iruma as boyfriend and said the love between Iruma and Clara is love at first sight with a spark. 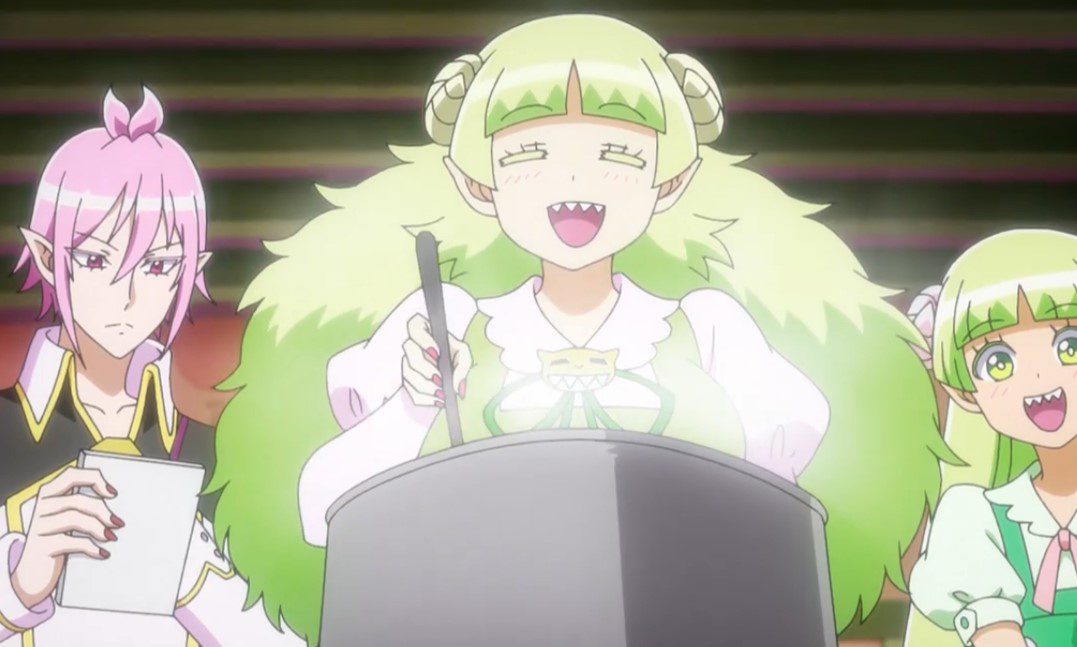 Konchie adds that the love between the two is real since Clara tells them about the one called Iruma. Clara heard that and pulled the two with their ears for revealing her secrets. Alice comments that this family is exciting. They both take the shoes off and enters the house. The kids play around, and Iruma told Clara’s mother that their family is nice. Alice struggles with handling the kids and realizes that they are troublesome kids since they climb around him while licking his face.

Clara’s mother said that her husband is a traveler and he keeps on sending stuff. Clara cooks for everyone, and they enjoy eating sweet buns, called mokkos dokkos. The Valac Family decided to show them Collateral Cave. When they arrive, they ride on a white dragon and enjoy different activities. They decided to travel back when sundown, and Alice with Iruma agreed to stay for the day. In the evening, Alice helps with reading the recipe book while Clara’s mother cooks with Clara. 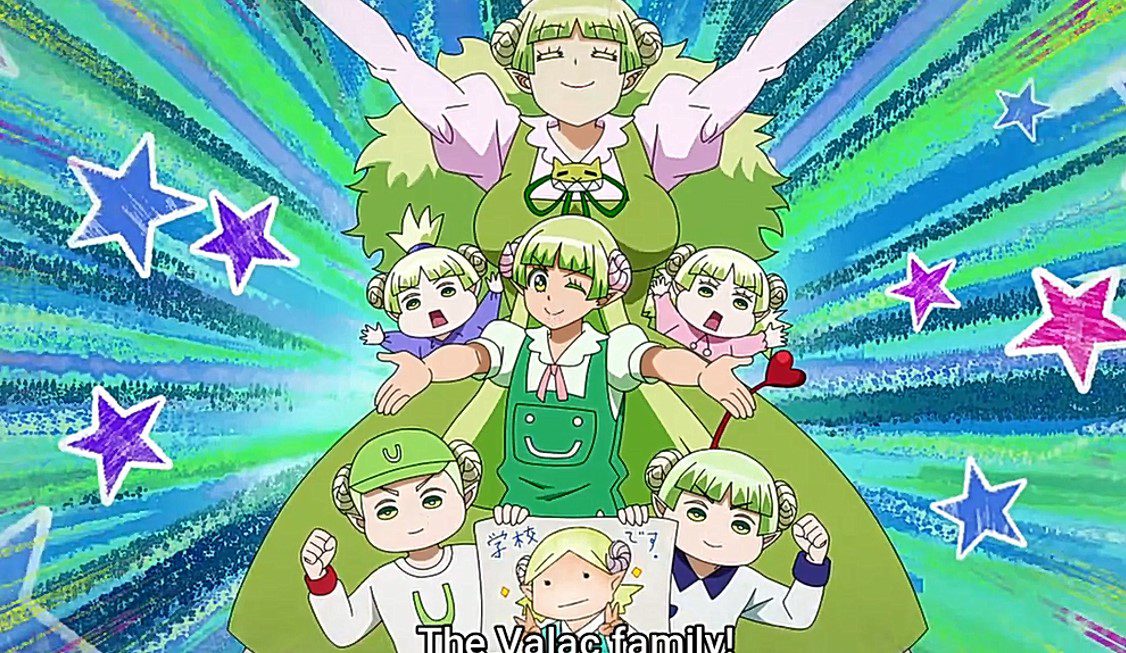 Where To Watch Welcome to Demon: School-Iruma-Kun Season 2 Episode 20