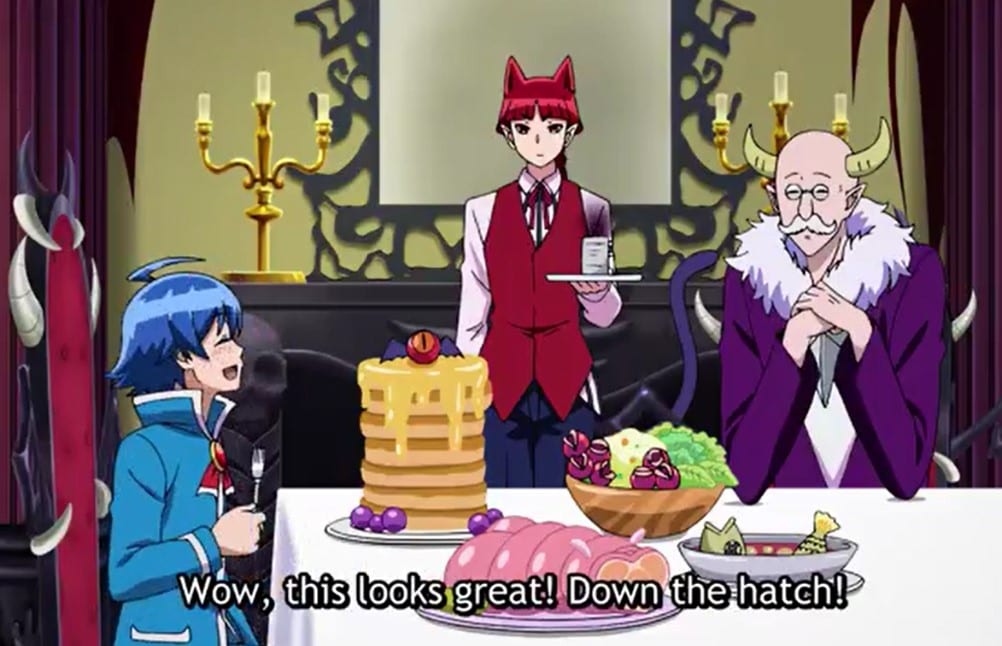 In the morning, Iruma wakes up wearing a ring on his right hand. Welcome to Demon School! Iruma-kun Season 2 is known by its alternative name as Mairimashita! Iruma-kun 2nd Season. The episode is titled The Secret Behind the Ring. Iruma heads to the window to see how the weather is. He comments that today will be another great day.

The trio heads together to school, and the two praise Iruma’s hairstyle. Azz comments that maybe he should try the same style. Iruma realizes that Azz will look like a weirdo and told him not to try it. Clara and Azz fight for who will carry Iruma’s school bag. But Iruma decided to give it to Clara since she is the younger one. Other demons enjoy flying and notice that the trio is walking together. One of the comments that Iruma and the two love to walk while they enjoy flying. They also comment that the trio is a strange demon.

One of the girls compliments Azz that he is so hot as the leader of the class. Clara comments that her right foot is Connor and her left for is Murf. She switches on the magic powers on her shoe ad told the two to run a demonathon to school. She started to dash alone as the two watch her. Azz is worried that she will mess Iruma’s back if she keeps on shaking it. He also dashes at full speed to stop her.

Iruma comments that the two get along and chases after them. Suzuki Iruma is 14 years old student. He is a human but was sold off by his moronic parents and became the demon Sullivan’s grandson. In this world, humans exist to be only demons’ food. Iruma started going to the demon school Bablys in the netherworld. As the name suggests, Bablys is a school for demons in the netherworld, so Iruma is the only human. They enjoy practicing a morning song that talks about eating humans. 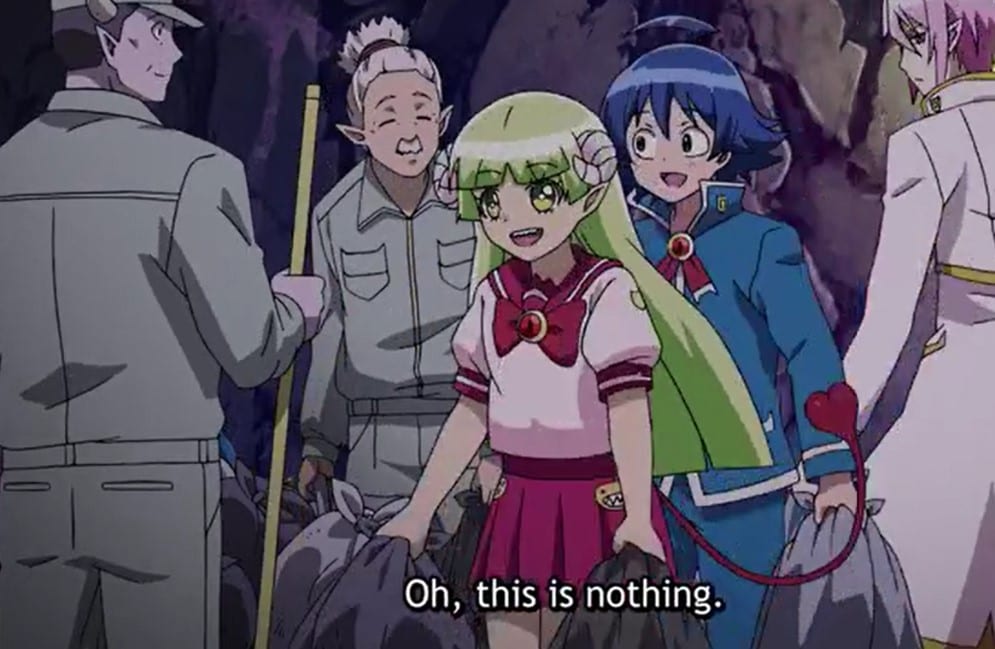 Iruma also sings the song following the rules of the demon school. Some verses of the song state that humans are our food sucks them dry, soul, blood, flesh, and all. At first, Iruma was worried when he arrives. He thought that the demons would find out that he is a human and eat him. But with Sullivan’s help, he manages to overcome that and get used to living in the demon world. Sullivans play as piano as the demons sing the song every morning.

After the morning ritual song, Iruma and the two saw told old geezers demons and decided to help them. He notices that they are too old to carry the bags. But he is not aware that demons possess powerful strength even at an old age. The two geezers comment that Iruma is a good demon. Clara and Azz help Iruma to carry the bags. Naberius Kalego noticed that and went to the class. He told the student to follow the school rules and do their best in the exams.

He also told them not to forget to prepare for the end-of-the terminus test. Iruma wonders what end-of-terminus tests are. He decided that he has to study hard for that. Later a teacher told the students that they would cast a spell on the frog in this bottle to change its color. Iruma is asked to step forward and give it a try. The spell is Cherisil; Iruma gets up and winds his ring turning it to demon mode. He manages to use transformation magic and changes the color of the frog.

Find how Iruma was adopted by Sullivan here on Welcome To Demon School Iruma-Kun Season 2 Episode: 1 Preview And Where To Watch.