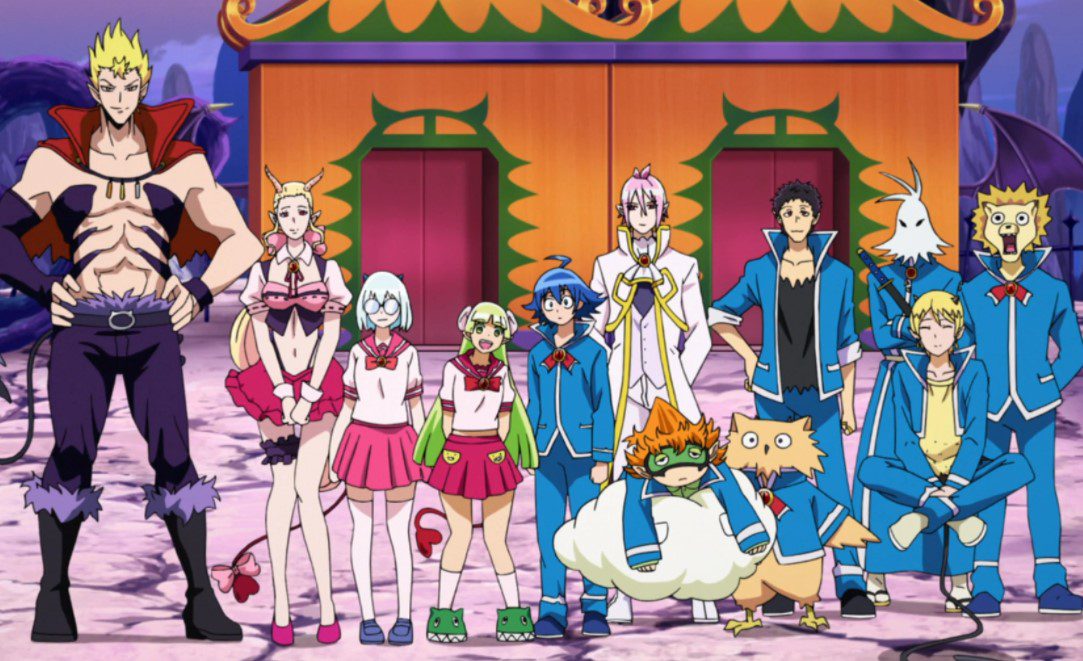 Iruma’s life in another world has become interesting; he enjoys visiting Walter Park for summer vacation. But things turn wrong when Iruma accidentally arrives at the ”forbidden street.” Fortunately, the curse of the forbidden streets works on demons. Let’s find more about Iruma and the monsters on Welcome to Demon School! Iruma-Kun Season 2. The episode begins with a mysterious pink-haired demon talking about Walter Park. The monster decides the ruin the fun that the students are having. He tosses an egg inside Walter Park and triggers the emotions of other demons that begin rampaging. The episode title is ”Magical Beast Attack.”

Before the Six Fingers attacked Walter Park, Iruma and Ronove had fun together enjoying the park’s luxury. Balam takes a penguin toy and comments that he wonders if a creature like this exists in the human world. Alice took a dress and wonder if it will fit on Iruma. Sabro took a black coat that has a spike and said it works for a Demon King. The students enjoy their time while a mysterious pink egg begins to shine. They both gathered and talked about three places where there is an excessive amount of mana accumulating.

Agares Picero is a boy with Bloodline ability know as My Area, and he can manipulate any ground surface. Picero explains the area and the hatching of the egg. Suddenly three demons hatched three eggs, and the rampaging begins. The building starts to collapse, and Iruma sees Red Carime Dragon and realizes it is a magical beast. The guards told the students to gather, and the Walter staff will guide them to safety. Ronove thanks Picero for using the wall to protect them.

Iruma reminds Picero that he said there are three nests while the other demons report that they have confirmed three magical beasts in multiple areas in Walter Park. Opera’s team saw Panter Rat that begins rampaging. Kelego’s team faces Mountain Blue, and Garp told them that it is dangerous to retreat. Jazz bumps with Kelego, who is angry that they are running instead of stopping Mountain Blue.

Kelego took out the Babyls Teachers’ Handbook: Always put your student first. He told them that they are lucky and they won’t let this opportunity slip. The students realize that Kelego wants them to do the opposite of running. Kelego reminds them that it is four of them. He told them that it is a perfect opportunity for them to practice combination attacks. It is not every day the students get to concentrate all of their mana on target that big. 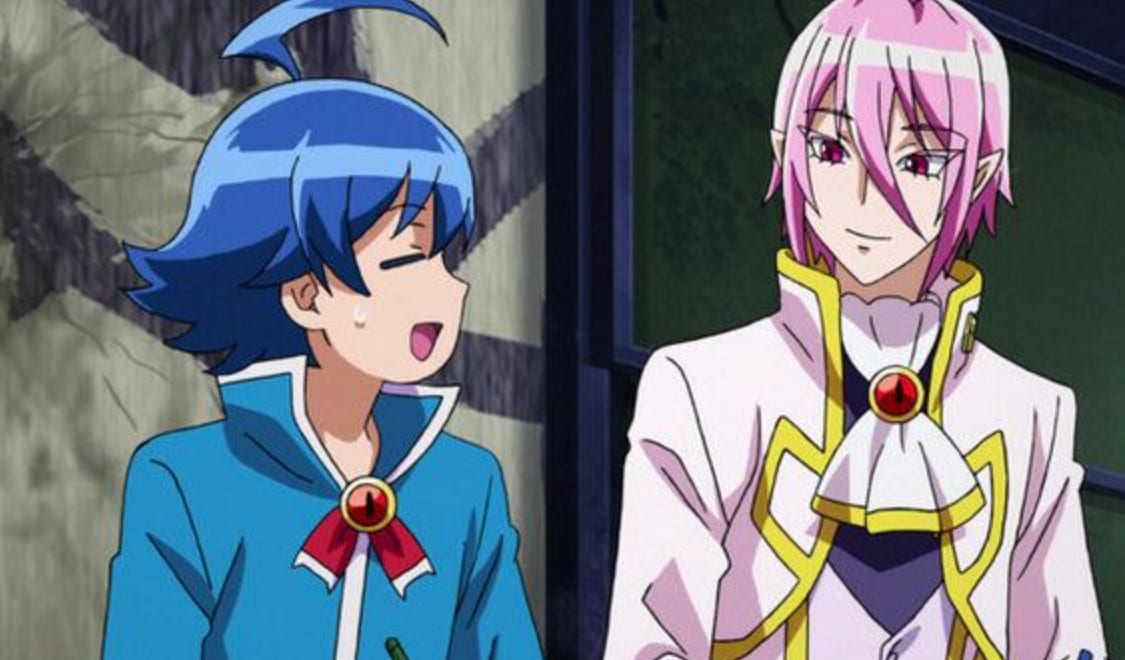 The four students realize that Sensei is telling them to show what they have learned. Jazz and Garp can’t believe that he is saying they have to take the magical beast down. Mountain Blue continues to cause destruction, and Kelego comments that it is time to steel their resolve. In the magical classes for the first years at Babyls, they mostly learn simple spells dealing with transformation or the senses. The students learn the basics so they can master the magi most suited to them.

They apply the skills more once they are in their second year. Garp and Jazz remind Kelego that they haven’t learned any attack spell yet. The students wonder what they are supposed to do against that magical beast. Camui saved his friend from getting slapped by the magical beast. Caim Camui posses Bloodline ability: Friendship, and he can translate any creature’s language and speak to them. Camui said the magical beast told them not to get into its way.

Garp slashes a giant rock using his invisible sword. The stone was about to smash his friends. Garp Gaemon possesses Bloodline ability: Wind Blade, and he can control an invincible blade made of wind however he likes. Jazz realizes that Wind Blade is the only ability any of them can get used for attacks. They sit and discuss how they will eliminate the magical beast. They both decide to use simple spells to counterattack the beast. Iruma and Balam find that someone is responsible for summoning those beasts.

You can watch Welcome to Demon School Iruma-Kun Season 2 Episode 16 online on Crunchyroll, VRV, and bilibili