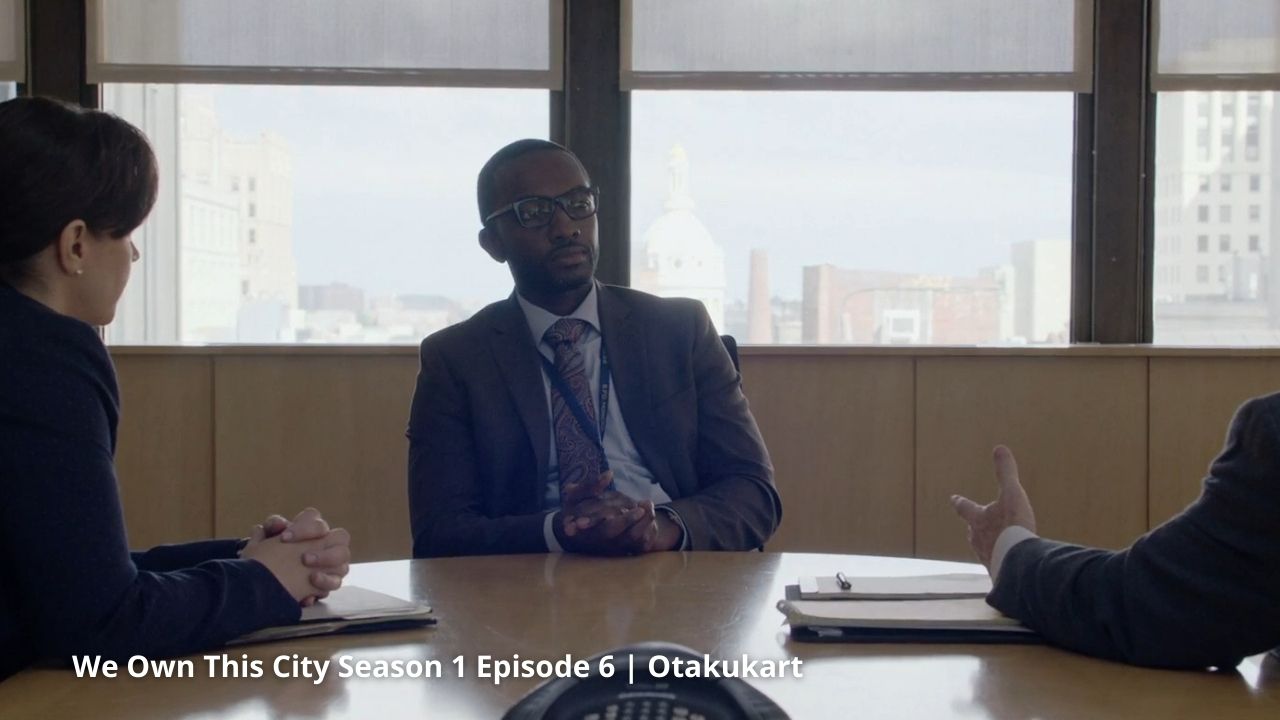 From The Official Promo Of We Own This City S01 E06

We Own This City Season 1 Episode 6 may see Suiter speaking out against GTTF and Nicole Steele questioning the U.S. justice system. Recently on the show, the FBI talked to the fellow officers who worked along with Jenkins. After gathering enough evidence against the working of the Gun Trace Task Force, the FBI made the much-required arrests of corrupt officers such as Wayne Jenkins.

As this went on, Nicole Steele was fighting a battle of her own. After talking to a victim of Baltimore Police’s brutality, Steele presented a consent decree. The only thing is, she needs to get it signed before Trump takes over. Although there were issues when it came to budget, Kevin Davis had to find a way to fit the decree into the money they had in their hands. How things will move on from here is something We Own This City S01 E06 will answer.

We Own This City Season 1 Episode 6 Release Date & Spoilers

We Own This City Season 1 Episode 6 will release on 30 May 2022. It is titled “Part Six”. The official synopsis of the Episode suggests we will Suiter answering the FBI. He had served with GTTF in the past. A conspired case that sees Suiter’s name on the evidence submission paper might come into question.

From The Official Promo Of We Own This City S01 E06

Meanwhile, Jenkins continues to stay adamant that he is innocent, believing his seniors may come to his rescue. But he may soon find out that all his fellow officers are actually cooperating with the federal. Amidst all of this, Mayor and Kevin Davis discuss how to find the budget for the consent decree.

We Own This City S01 E06 Release Time & Streaming Details