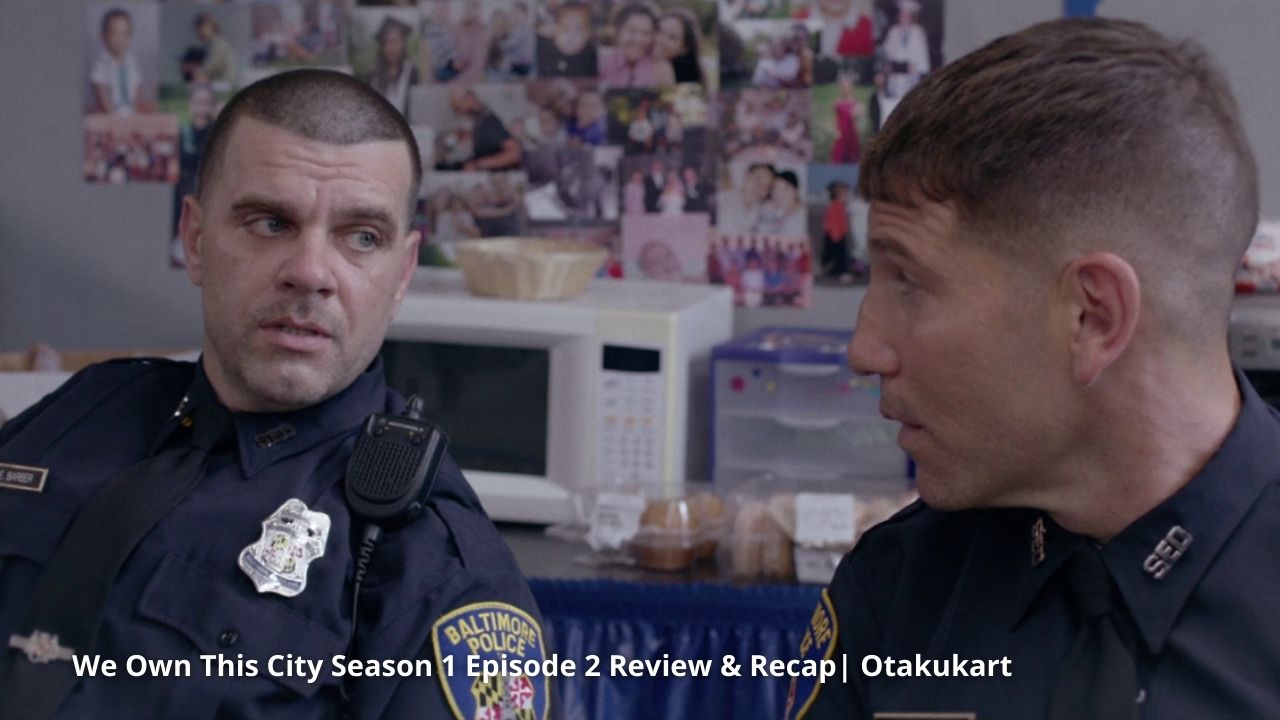 We Own This City Season 1 Episode 2 sees the characters as well as the viewers learning about the history of the Baltimore Police Department’s system we witnessed in Episode 1. We saw Wayne Jenkins and his full-blown brutal ways working in favor of him. He wants the same to be followed by every police officer out there. The man saw himself as a Superman until the FBI apprehended him to investigate.

Similarly, Nicole Steele, an attorney for Civil Rights Division, saw herself looking into the case of another cop known for his brutality. On top of that, he has only a single complaint sustained. Meanwhile, McDougall’s team came close to another possible corrupt cop as they find a connection of his with a person they are investigating in Episode 2. So let’s find out what went down.

We Own This City Season 1 Episode 2 Recap

We Own This City Season 1 Episode 2 takes us back in time when Wayne Jenkins was new to the police force of Baltimore. Wayne’s training officer taught him to forget all the rules Jenkins had learned from the academy. It’s Baltimore, and he has to learn the way law works here. The job is to use most of your handcuffs and bring in most of the people.

These rules see the Baltimore Police attempting to arrest people for the most non-sensical reasons. Learning from his training officer, Wayne gets familiar with practices of making extra money. Also, how people are let go by an accountant when the charge doesn’t make sense. Soon he learns how to be brutal. In the near future, Wayne becomes one of the important figures of BPD. He passes on the things he learned from his training officer to the officer he is training.

Cut to the future, the FBI and McDougall’s team were interrogating Aaron. The FBI comes to find out that Antonio Shropshire, whom they are investigating, has strong ties with a Police Officer going by the name G-Money. Talking to a fellow officer and tapping into phone calls of Antonio confirmed the suspicion.

Coming to Steele, she learned about a rapper who wrote a song against Hersl and his way of working as a cop. This leads her to trace him to learn more about Hersl. Talking to an officer and a kid who got arrested just for carrying a knife because the area was unsafe, Steele came to realize how this was all just a game of bringing in more arrests.

Steele next talks to Hersl himself and questions him about the number of complaints he received. All he had to say was that he is doing his job of cleaning the streets. Apart from that, we also saw Jenkins locked up in prison as he reflected on his past.

We Own This City Season 1 Episode 2 Review

As we said, We Own This City Season 1 Episode 2 explores the origins of the system the show is telling us about. The police brutality, corruption, the system of bringing in more arrests, and where all of this narrows down to. Wayne’s story explains to us how Baltimore Police Department has become the corrupt place it is.

From We Own This City Season 1 Episode 2 Featuring Jenkins and The New Officer TimMuch like every other officer, Wayne joined the department as a cop who wanted to do the right thing. But he found out things working here the other way around. Jenkins’ arc also explored how it was tough for him to provide for his family and why he was easily influenced by the system.

While Jenkins’ story told us about the origins of this system, in the same way, Nicole Steele started realizing how this system works as she chased Officer Hersl’s story. The same goes for McDougall’s team, who had tapped in G-Money as one of their leads while investigating Antonio Shropshire. The coming episode may see McDougall’s team bringing in G-Money while Steele goes in deep to investigate Hersl.