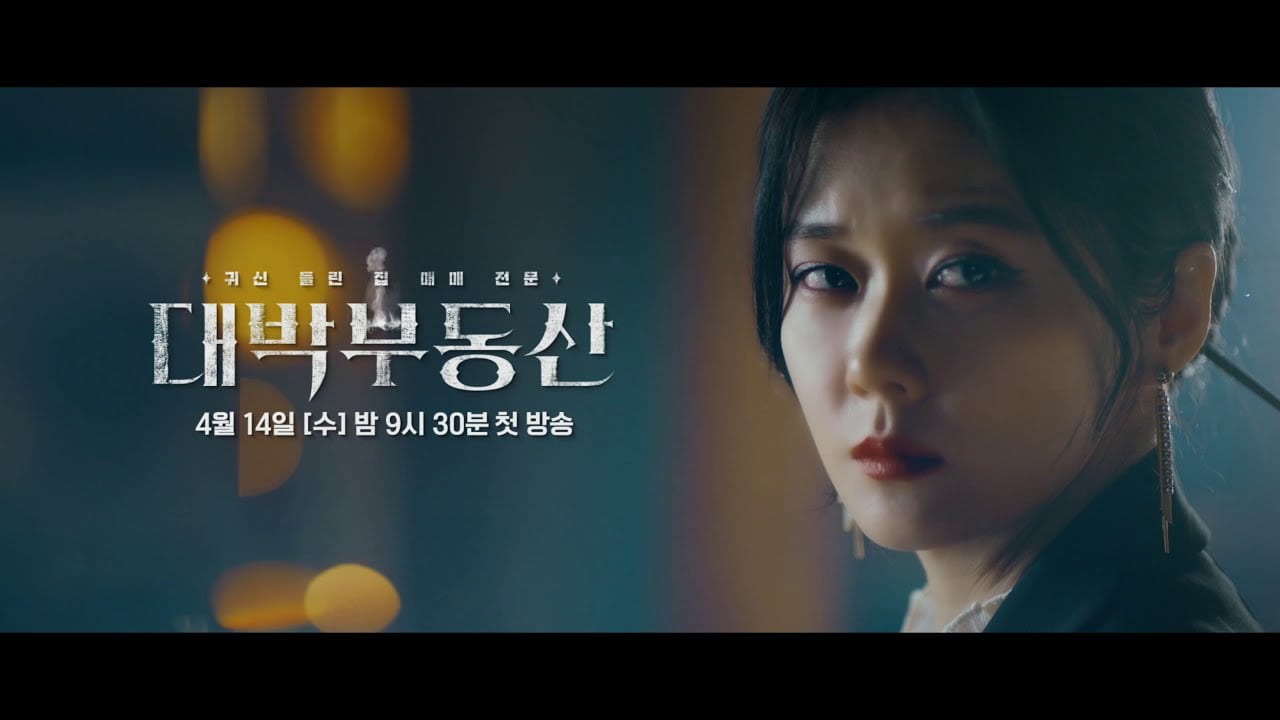 Sell Your Haunted House is a South Korean television series also known as Daebak Real Estate. The series mainly revolves around two characters, a real estate agent, Hong Ji-ah, who is also an expert exorcist and the owner of the real estate company Daebak Real Estate and the second is Oh In-beom, a heartless con artist who earns sacks of money by, as you can guess, conning people. Oh, In-beom makes people believe that the place is haunted and then gets rid of the non-existing ghosts to get cash. Hong Ji-ah and Oh In-beom come together as the dream exorcists team, albeit with their opposite personalities. Hong Ji-ah needs Oh In-beom’s help as he has a protective charm that will help her solve the mystery of her mother’s death 20 years ago because the meddlesome ghost of her mother does not leave the expert exorcist, Hong Ji-ah.

This drama, along with Law School, is competing for the viewer’s rating, and let’s just say neither is backing down.

The characters of this drama are an interesting package in themselves. Let’s get into Daebak Real Estate first; it is owned by Hong Ji-ah, who is both a real estate agent and exorcist by profession. If you are trying to sell a property that has some paranormal activity going on, then Daebak Real Estate is your hero. They are a specialized Real Estate company that gets rid of the ghosts on your property that are reducing your demand price.

Hong Ji-ah’s character is played by Jang Nara and for me, just knowing this piece of information is enough to get me to like the character. Hong Ji-ah’s character makes for a badass female lead with an icy glare and some packed action scenes. Jang Nara, in a press conference, confessed that she had to start practicing for the character way back, as she has rarely ever glared in her life, and she also attended the stunt school regularly for the action scenes. Her hard work paid off, as we can see in the two premiered episodes—three cheers to Jang Nara for working so hard on her character.

Oh, In-beom is a scam artist who loots people by telling them made-up stories about ghosts that are haunting their property. His character is played by the charming Jung Yong Hwa. Oh, In-beom lives a luxurious life while scamming people and feels no guilt due to his strong belief that ghosts do not exist at all. He is shaken only after he gets into an encounter with a real ghost and starts questioning his professional belief of ”ghosts don’t exist”. Jung Yong Hwa has worked really hard on this series as this character is a 180-degree switch from the usual dashing and all-good character that he plays. Jung Yong Hwa admitted that the scenes where he gets possessed by ghosts were the hardest scenes to film.

The supporting cast features Kang Mal Geum as Deputy Director Joo Hwa Jung and Kang Hang Seok as Chief Heo.    Joo Hwa Jung is the office manager of Daebak Real Estate, and she is a trustworthy partner to Hong Ji-ah. Her character has amusing quirks like being able to speak five languages and a fabulous style that make the character likable. This is also Kang Mal Geum’s first major role, and we wish her all the best.

Kang Hang Seok plays Oh In-beom’s right-hand man, who is a genius hacker. He has a cute casting story as, according to Director Park,” the idea of a well-built man hacking on a pink laptop would be entertaining”.

How to Watch Sell Your Haunted House?