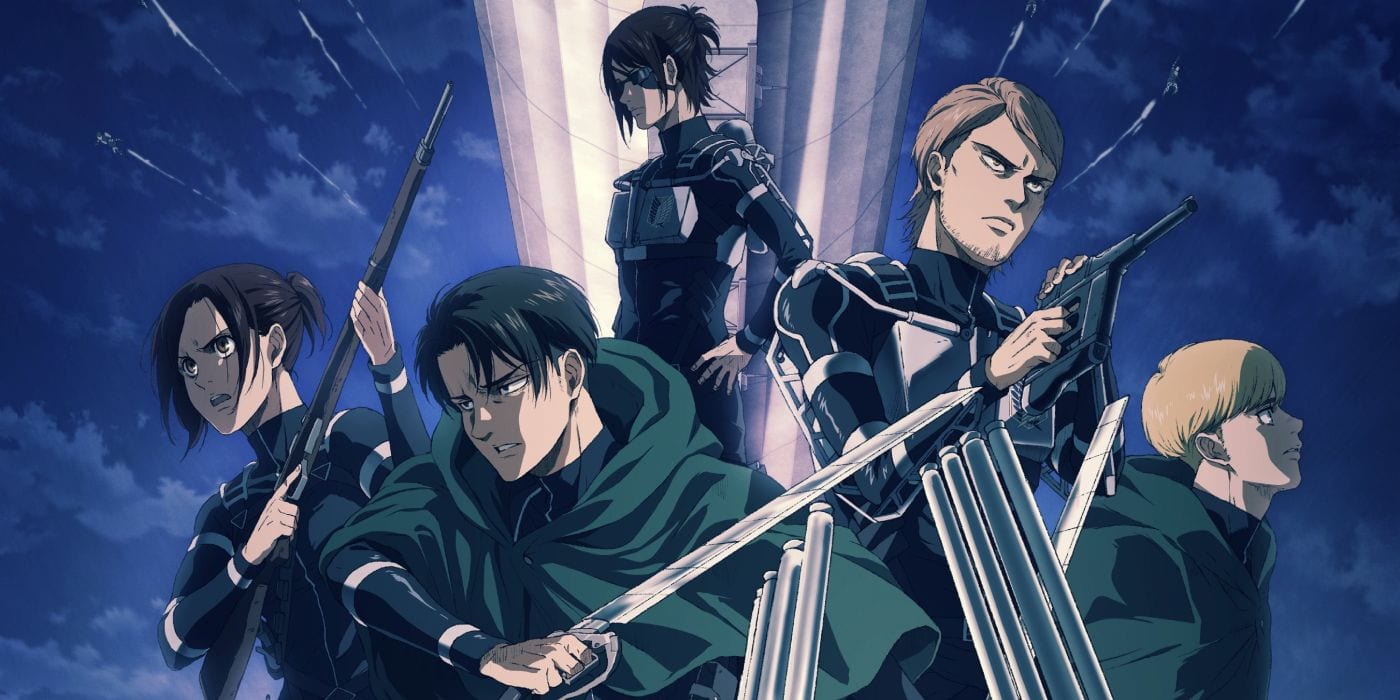 ‘Attack On Titan’ is, originally, a Japanese manga comic series which was written by the great Hajime Isayama. In the year of 2013, this post apocalyptical comic series was adapted into an Anime television and web series that has been directed by Tetsuro Araki, Masashi Koizuka, Yuichiro Hayashi and Jun Shishido. Produced by Wit Studio and MAPPA production house, ‘Attack On Titan’ has been broadcasted worldwide on channels such as MBS TV, NHK General TV, SBS2, Antiplus Asia, and Adult Swim.

This action-based dark fantasy has also been showcased on a number of online platforms. ‘Attack On Titan’ consists of four seasons and hence, includes a bunch of opening theme songs and ending theme songs. Hence, to sum it up, the soundtrack albums of all four seasons have been created by the talented Hiroyuki Sawanao and Kohta Yamamoto. Lastly, the script of this Anime television and web series has been written by Yasuko Kobayashi and Hiroshi Seko.

The official trailer of ‘Attack On Titan’

Also Read: You Are Waiting For ‘Attack on Titan Season 4 Part 2’, And It Is Not Coming Anytime Soon

What is the main plot of ‘Attack On Titan’?

The main protagonist of ‘Attack On Titan’ is Eren Yeager. Eren used to be a part of the Survey Corps and would live in the Shiganshina district of Japan. Unfortunately, the poor man was forced to witness his own mother being killed in front of him. To make things clearer, he saw an evil Titan gobble down his mother! This, naturally, made Eren gather a strong sense of hatred within him, portrayed towards the Titans. Eren, along with his childhood friends Mikasa Ackerman and Armin Arlert, made it their life’s goal to remove and kill all Titans that are still alive.

It is said that ‘Attack on Titan’ has managed to stand above almost all Anime television and web series, and even the manga comic series! With its amazing, and indeed, memorable storyline, strong and determined characters, vivid and detailed animation, and an extremely hype soundtrack, ‘Attack On Titan’ has definitely surpassed Anime series of all types and genres. ‘Attack On Titan’ is a kind of a psychological horror drama series. The horror aspect is not to be highlighted in scenes showcasing actual Titans or the gore, instead, it is to be emphasized through the desolation and despair of an isolated population that is on the verge of facing extinction.

There is a rich variety of characters, overly emoting and stating their feelings at minimal provocation, with powerful motivations and resolutions in this Anime series. Watching them slowly unravel the deep political mysteries of the world that they live in is truly something special to behold and remember. It is a steampunk action-adventure series that starts out as a simple apocalyptical story but then gradually progresses into more of a political drama based on war. In all totality, ‘Attack On Titan’ has an overarching and outstanding narrative, and you should definitely add it to your watchlist! 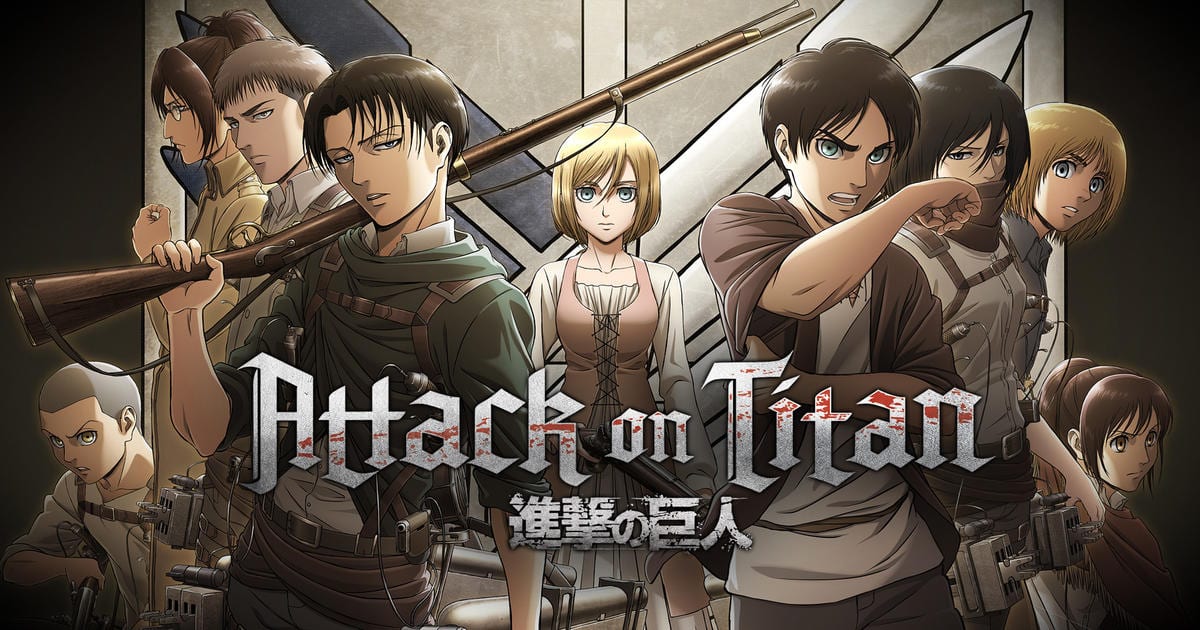 The Official Poster Of ‘Attack On Titan’

Also Read: Is Levi Ackerman Dead in The Final Season Of Attack on Titan?

The official watch order of ‘Attack On Titan’ in chronology 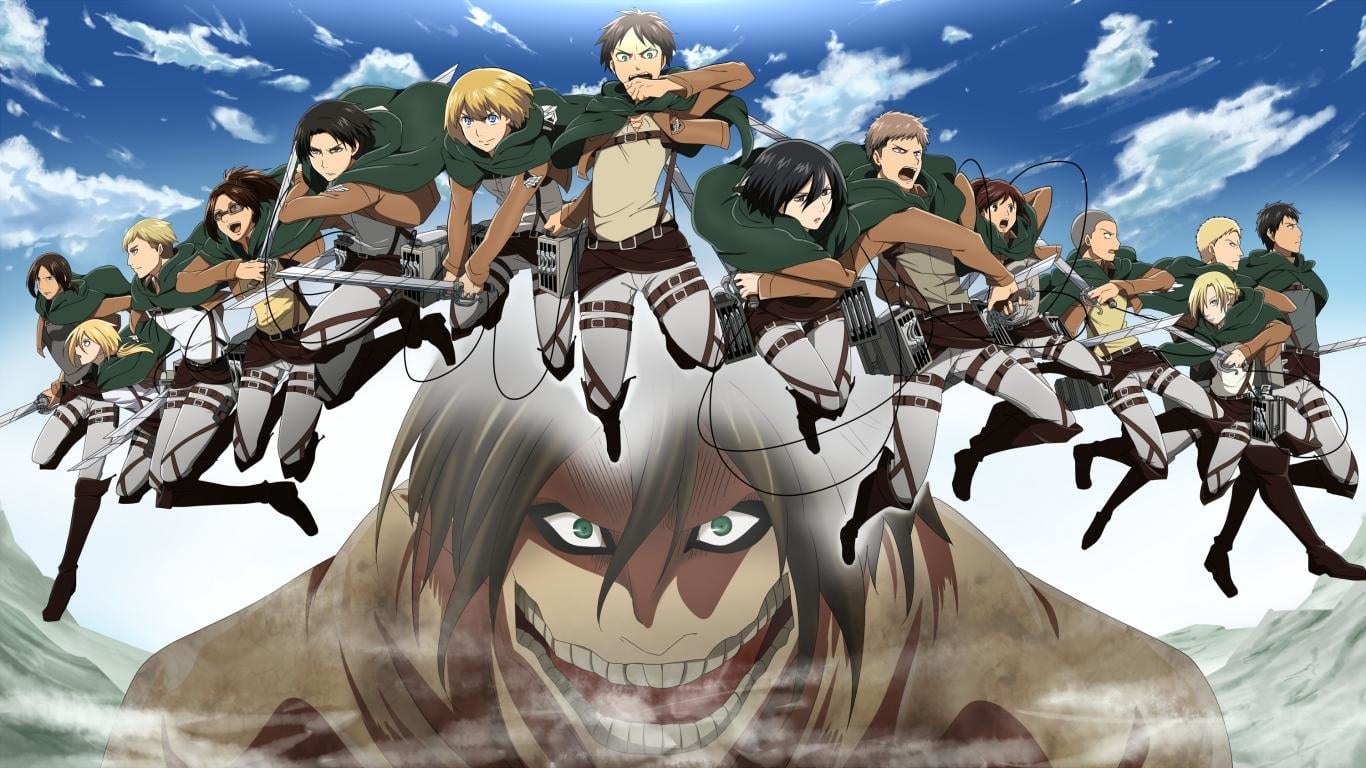 The Main Characters Of ‘Attack On Titan,’

Where can you watch ‘Attack On Titan’?

This Anime television and web series consist of four seasons. Combine all of the seasons, ‘Attack On Titan’ includes 75 episodes, as of yet, along with a bunch of OVAs, filler episodes, and a movie. ‘Attack On Titan’ is available for you to watch on online platforms such as Netflix, Amazon Prime, Adult Swim, Crunchyroll, and AnimeLab.

Also Read: Why Reiner Will Be Crucial in Attack on Titan Season 4 Ending