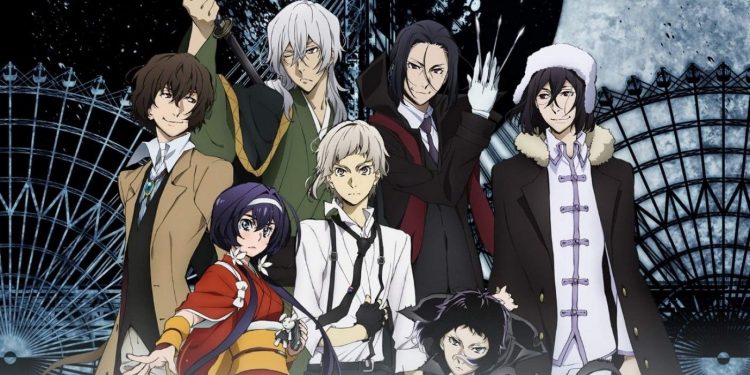 Supernatural mysteries have always been thrilling, and if you enjoy them, this anime is for you. It’s well worth your time. Bungo Stray Dogs is an anime adaptation of Bungou Stray Dogs manga series. It was produced by Studio BONES and premiered on Tokyo MX and other television networks. The playwright was Yoji Enokido, and the director was Takuya Igarashi (the same duo that worked on Ouran High School Host Club and Star Driver). GRANRODEO played “Trash Candy,” while Luck Life sang “Namae wo Yobu yo.” The show was divided into two parts.

The second half began on October 6, 2016, and ended on December 22, 2016, and comprised twelve episodes as well. The series has been licensed to Crunchyroll for streaming. In the second half, SCREEN mode performed “Reason Living” as the opening theme, while Luck Life sang “Kaze ga Fuku Machi” as the closing theme. If you want to appreciate the anime, you’ll need to know how to watch it in the proper order, which we’ve taken care of for you by bringing you a watch order guide for Bungou Stray Dogs. Let’s get this party started.

Start with Bungou Stray Dogs Season 1, which contains 12 episodes and was released between April 7 and September 23, 2016. Let’s discuss what happened after Nakajima Atsushi was booted out of the Orphanage and stopped Dazai from committing suicide, keeping in mind that Dazai offered him a double suicide. Dazai Osamu and his colleagues work for a unique detective agency. They also have supernatural abilities and tackle crimes that are too risky for the police to handle alone. Dazai and a member of his crew are on the hunt for a Tiger who has recently emerged in the city and has ties to our MC! As the investigation progresses, it becomes clear that the agency will need Nakajima Atsushi more and more. So Dazai and his crew provide him with a place to stay and ask him to assist them in solving intriguing cases as well! 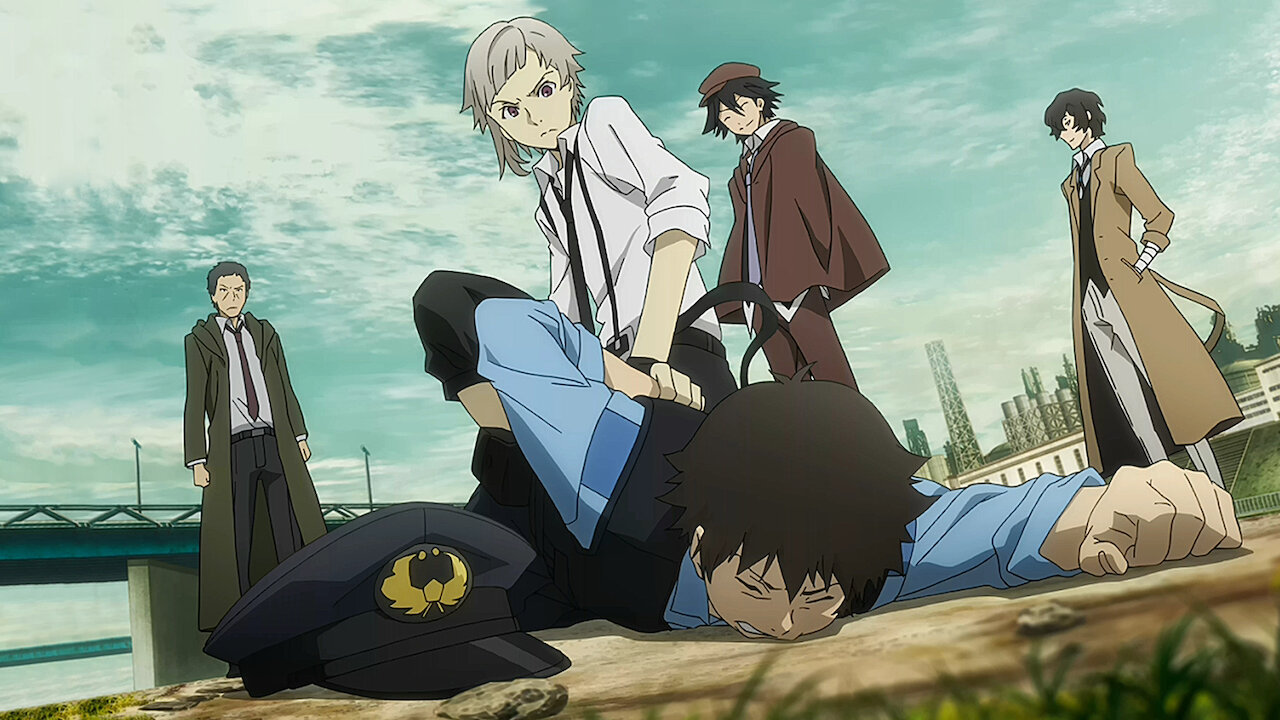 Then go on to Season 2 of the anime, which contains 12 episodes and was released between October 6 and December 22, 2016. Nakajima Atsushi continues to solve unusual situations while learning as much as he can from Dazai and his team members and employing supernatural abilities. So, how did Season 2 of Bungou Stray Dogs begin, or what precisely happened? A group of three buddies used to drink together at a pub called Lupin’s four years ago. These three pals were members of the Port Mafia and went by the names Dazai, Sakanosuke, and Ango Sakaguchi. These happy days were shattered when Ango vanished and Oda was dispatched to find him. Oda discovers a strange and dangerous pistol concealed in a safe in the ceiling when he locates Ango’s home. Dazai, on the other hand, discovers a group called “Mimic” that threatens to destroy the Port Mafia.

Then you must watch Bungou Stray Dogs Season 3, which was released between April 12, 2019, and June 28, 2019, and had 12 episodes just like the previous seasons. When Ango recounts the greatest bloodshed narrative in Yokohama, including the manufacture of 88 bodies, the beginning of season 3 is stressful. Mori acquired leadership of the organization eight years ago by assassinating his predecessor, who was engaging in self-destructive behavior. That’s probably why Mori Lowkey despises him.

After a year, Dazai is dispatched to investigate strange rumors about their predecessor’s rebirth in Suribachi City. Suribachi is also a battleground between the Mafia and three other groups. What do you think, how twisted up is that? Chuuya, a 15-year-old boy, appears to be fighting Dazai there. Chuuya is also a member of the Port Mafia and a former Twin Dark member. As they both see their predecessor in front of them, they fight momentarily. Mori determines that he and Dazai should work together to disprove the false rumors.

Bungou Stray Dogs discover another unusual case of suicides, including spooky mist in addition to their regular investigations and creepy instances. Tatsuhiko Shibusawa is the perpetrator of the crime, and Atsushi Nakajima and his pals are on their way to face him.

Will There Be A Bungou Stray Dogs Season 4?

Yes, Bungou Stray Dogs has been officially renewed for a fourth season. The same was announced along with a poster as well.

Where To Watch Bungou Stray Dogs?