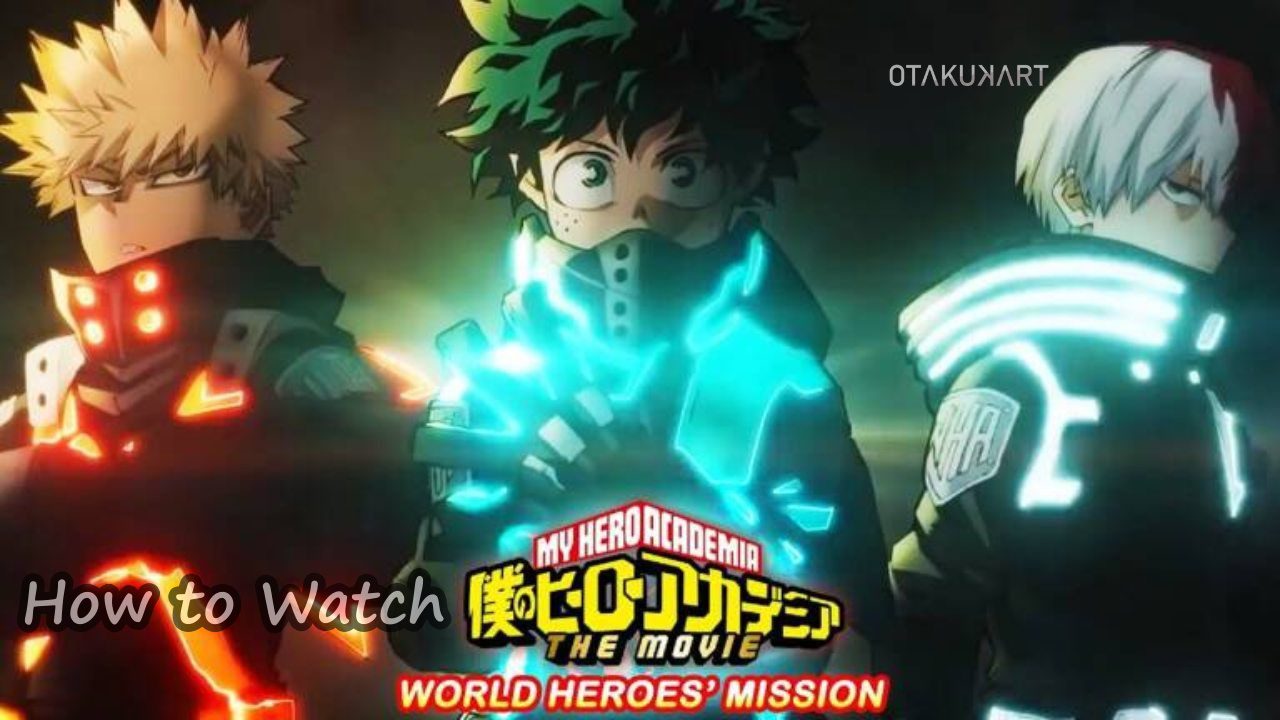 How to watch My Hero Academia World Heroes Mission?

With a box-office collection of 30 million USD in Japan and 11 million more in other territories, My Hero Academia World Heroes’ Mission is undoubtedly the most successful movie of the franchise. Why won’t it be? It has everything you search for in an action-packed film that represents the ‘hero’ culture in every possible way. The tides have turned, and the generation of heroes are seen shouldering the responsibilities of classic heroes like All Might and Eraser Head.

Now that the franchise is almost done with the film’s global release in the theatres, it’s just a matter of time before it comes to the online mediums. I am pretty sure that streaming platforms like Funimation, Crunchyroll, and Hulu will try their best to acquire the film streaming rights. If you haven’t watched the film, here we have brought together every way you can watch the film. So, be ready to go ‘Plus Ultra.’

In My Hero Academia World Heroes Mission film, Izuku, Shoto, and Bakugo are seen working alongside the Pro Heroes to bring down Flect and his ideological group, Humarise. The extremist group despises the quirk bearers and believes that quirk is like a disease that should be irradicated for the greater good. They went as far as building a “Trigger Bomb” that would cause everyone with quirks to lose control and die.

With the existence of the Meta-Liberation army in the upcoming Season 6, things may get a bit confusing regarding the timing of the film. I am guessing that the film takes place immediately after the events of Season 5, when Class 1A students were training under Endeavor’s agency. The World Hero’s mission is one of the many missions that these three will accomplish alongside the World’s no. 1 hero.

Do You Need to Have Seen the Other Films?

My Hero Academia World Heroes Mission is almost a standalone film, so the basic idea about My Hero Academia’s storyline will be more than enough to enjoy the film. Although the remaining two films are considered anime canon, none of them have much impact on the original storyline. So, you can just jump into the film, and I assure you that you won’t miss a beat. All you need to know is that the film is set directly after Season 5. 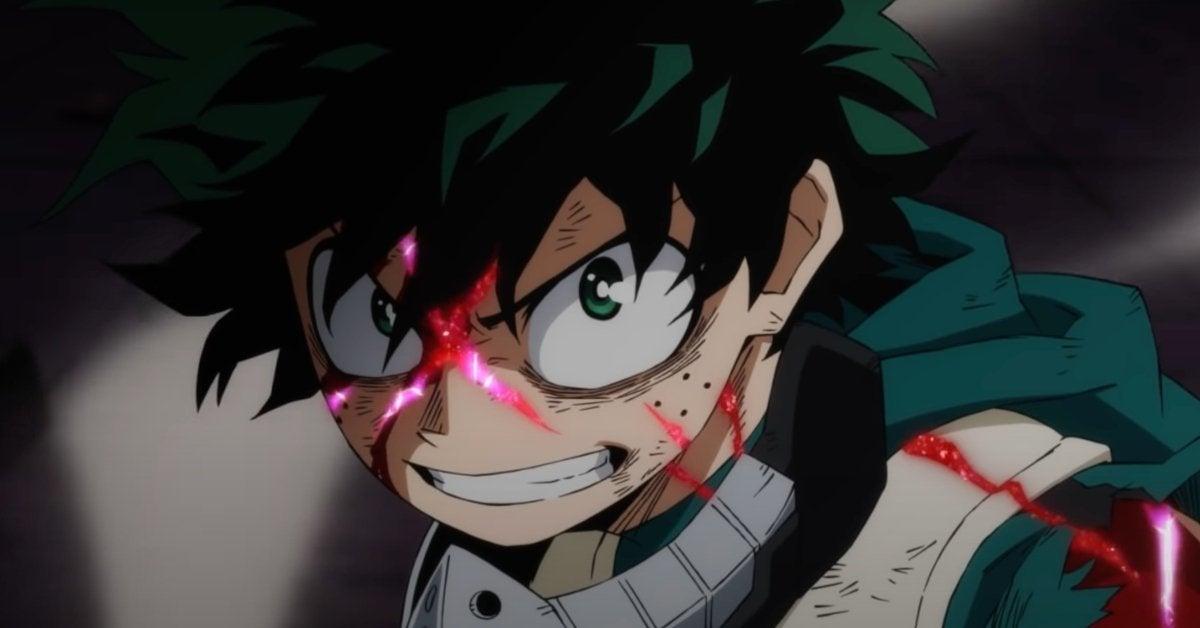 My Hero Academia: World Heroes’ Mission movie premiered in the Japanese theatres on August 6, 2021. It hit the theatres of the USA, UK, Australia, and Canada by the end of October, where it received a mind-blowing response. India was among the last countries to get the film and got the regional premiere on December 3. With that, the film’s theatrical journey came to an end, and I am sure that the franchise is looking forward to making it available for the online audience. If you are lucky enough, you can still find the film running in a few theatres.

Also Read: How to Watch Jujutsu Kaisen 0 Movie Online? Is It Available on Netflix, Funimation, and Crunchyroll?

Where to Watch My Hero Academia: World Heroes’ Mission

At the time of writing this article, the My Her Academia: World Heroes’ Mission movie isn’t available on any streaming websites. It’s clear that the franchise is trying its best to keep the film running in theatres as long as possible. However, sooner or later, it must switch to online streaming to make the maximum profit. 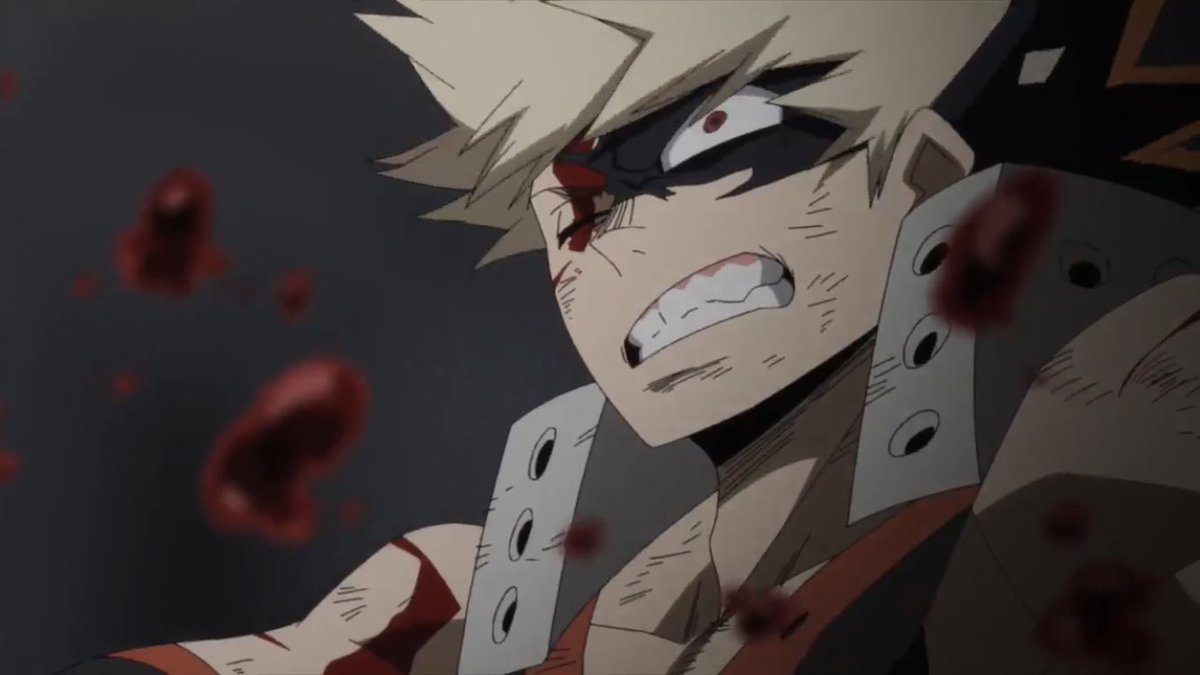 Giant anime streaming platforms like Funimation, Crunchyroll, Hulu, and VRV already hold the rights of the My Hero Academia anime series. So, it is expected that all of them will try to acquire the streaming rights of the film as well just to satisfy their customer. Considering My Hero Academia’s popularity in the west, it’s safe to assume that the film will be internationally available on online platforms by the end of 2022.

Is the Film Available on Pirate Websites?

Yes, My Hero Academia: World Heroes Mission must be available on pirate websites and illegal platforms like Torrent and Telegram. However, I would advise you not to resort to them. Such pirate websites are often insecure and are most likely going to show you a hall-recorded clip filled with noise and interruptions. Even if that’s not the case, I bet that pirate websites are filled with advertisements and pop-ups. There’s no point in ruining the best experience, so you must prefer watching the film legally that supports the production team directly or indirectly.