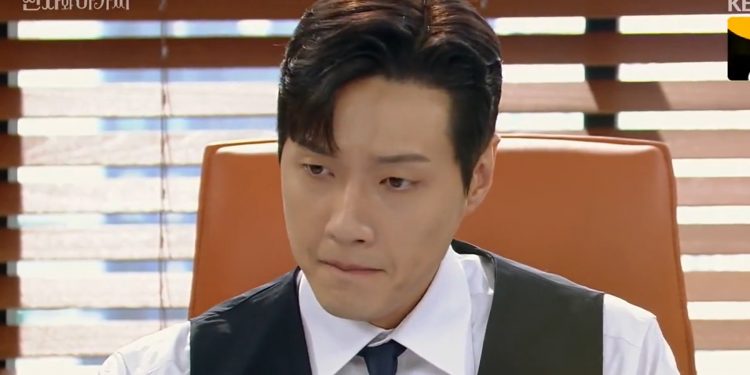 ‘Young Lady and Gentleman’ Episode 29 is coming out this weekend and after hearing Young Guk’s drunk confession, Park Dan Dan has finally decided to take the matter into her own hands. After getting his memory back and realizing that Sa Ra tricked him into marrying her. Young Guk ran straight to Dan Dan. But everything was too much for his brain to process that he ended up falling on the road. Waking up in the hospital, Young Guk was back into 40-year-old self. But everything that happened in the last 3 months, he has no recollection of his 22-year-old self now.

After talking to Se Ryeon and Lawyer Ko, he got to know about his recent engagement with Sa Ra. Confronting Sa Ra, as he asked her why would she do that. Sa Ra decided to continue her lie and told him that he was the one who proposed to her. Telling him that his 22-year-old self made the first move and confessed that he had feelings for her is the reason they got engaged. With his recent memories gone, he had no other option but to consider what Sa Ra was saying the truth. Waiting for his recent memories to come back, Young Guk has decided to go on with the engagement.

Telling everything that happened to Dan Dan, Young Guk told her that they would have to part ways as he has to stay with Sa Ra until his memories come back. While they were saying goodby, Se Chan heard everything and decided to get them back together. As he can’t just let his favorite teacher leave him or his siblings like that. Planning with Se Jong, as both of them prefer Dan Dan over Sa Ra, they’ve been making Young Guk and Dan Dan spend time together. From going to movies together to shopping for stories and textbooks as they ‘accidentally met there’. The brothers won’t be giving up anytime soon. While looking at Dan Dan and Young Guk, spending time together with kids is definitely hurting Sa Ra.

With her mother telling her to get back up and either fight for herself. Or fight for Se Jong’s custody if it is for his sake. Young Guk and Sa Ra’s engagement was supposed to be top-secret. But as his secretary told him that Sa Ra has released the news of them getting engaged to the media. After confronting her and thinking rationally, he decided to consider her feelings too. But going out with her and even pretending to like her is hard cause he has feelings for Dan Dan. On the other side, Dan Dan was having a hard time looking at Young Guk and Sa Ra being or acting to be in love. Having drinks on her own at the convenience store they had their first date in. Dan Dan talked to herself about how she shouldn’t have fallen for him.

‘Young Lady and Gentleman’ Episode 29 Release Date and What To Expect?

‘Young Lady and Gentleman’ Episode 29 will release on January 1, 2022. A drunk Dan Dan and a drunk Young Guk stumbled into each other on their way home. And Young Guk went on to confess how much he loves her and that it is hurting him now. And how Dan Dan should’ve told him that they were in love with each other when she needed to. But he doesn’t seem to remember any of it in the morning. But having some confidence, Dan Dan has finally decided to stand up for herself and her feelings. Taking the lead, she’s all set to make Young Guk remember and get his memories back. And even standing up against Sa Ra. With the kids being on Dan Dan’s side, she won’t be having many problems settling in the house for sure.

‘Young Lady and Gentleman’ episode 29 will be available to watch on the streaming platforms Rakuten Viki and Viu. Each episode has a runtime of around 1 hour 10 minutes.