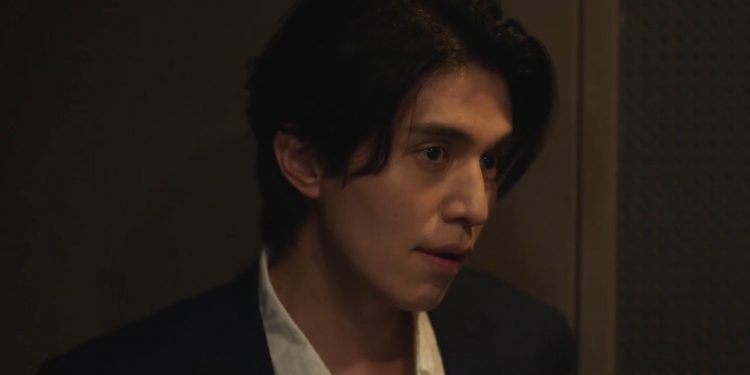 ‘Bad and Crazy’ Episode 6 is releasing this Saturday, and Soo Yeol is doing his best to prove Hee Gyeom’s innocence. They had it all planned out when Kyung Tae called Soo Yeol for help. With Do In Beom being dead, Kyung Tae had no choice left but to call Soo Yeol. As Assemblyman Do beat Kyung Tae Up, he kept speaking up that he would keep fighting till the end. The officers waiting outside couldn’t do anything until they had Do’s confession. And when Assemblyman Do finally spoke up, Soo Yeol was back in his form. Working in sync, K and Soo Yeo did some good.

While Hee Gyeom and Jae Sun handed the thugs outside, Andrei helped Assemblyman Do escape Soo Yeol. But getting beaten up by Andrei got K out, leading Soo Yeol to beat Andrei and punching Assemblyman Do.
While Jeong Yo Na’s case is wrapped up, there are a lot more things going on. Assemblyman Do is behind bars for her murder. Kyung Tae went to see Jeong Yu Na’s daughter while Soo Yeol and Jae Seon also joined. The little girl fed both officers as they helped her catch her mother’s killer. Soo Yeol also went on to show her the last message her mother left her.

‘Bad and Crazy’ Recap: Why Do Soo Yeol Want To Get Rid Of K So Bad?

With K donating his money to a youth shelter, the prosecutor decided to drop the investigation against Soo Yeol. But he had no recollection of doing it, and having only 52 won in his account, he was broken. Going to the charity’s office, he wasn’t able to get his money back. Calling K out, he threatened to jump from the roof, but K just went on to give him a little push. As he asked him why’d he chose this place, K had no idea. Having no rent, Soo Yeol had no other option but to move into his mother’s place and share a room with his brother. But K keeps following him from work to the bathroom everywhere.

He did try to make a pact with K, so he’ll respect his privacy. Telling him that he can take over the nighttime while he manages the daytime. But this arrangement has him sick. He even went on to investigate a club, asking the owner for the contacts’ names but got a bribe offer instead. As the owner went on to increase the bribe offer, Soo Yeol took them. But it didn’t take long for K to come out and beat all the guards up and throw the money back at the owner. Going back to the doctor and venting about everything he went through. The doctor told him to quit his work and focus on his treatment.

‘Bad and Crazy’ Episode 5 Release Date and What To Expect?

‘Bad and Crazy’ episode 5 will release on January 1, 2022. While Hee Gyeom is shocked about why Soo Yeol is trying to help her prove her innocence with all his will. They were successful in catching the man who killed Do Yo Gon, and had a blasting fight between him and his men. And now Soo Yeol is on the radar too. With her asking if Soo Yeol has feelings for her again, Soo Yeol has no idea how to explain his current situation to her. Everybody on the drug case is right now on the killing trail of Boss Yong. K is surely isn’t in control of his feelings as he can’t contain himself in front of Hee Gyeom. Having a doubt on somebody in the narcotics department, Soo Yeol might have to look into Hee Gyeom’s team once again.

Where To Watch Bad and Crazy?

‘Bad and Crazy’ episode 5 will be available to watch on the streaming platform iQIYI. Each episode has a runtime of around 1 hour 15 minutes. With five episodes out, the show can be binge-watched in a day to catch up for the upcoming episode.